Skip to content
Theo, whose staff is Laurie and Gethyn in London, is having a special day today: it’s his twelfth birthday. You might remember him as one of the finalists in the Awesome Cat Confessions Contest, as he owned up to drinking his staff’s coffee. As the only cat I know who drinks coffee (and favors it black), today we’ll pay him homage. More than that, the coffee he favors is black espresso.
His staff has written the following words of tribute:

Theo turns 12 today.  He is a lovely black boy and a typical cat.  He is also anomalous in that he engages in some odd behaviour: like licking plastic and drinking coffee.  Not coffee: ESPRESSO.  He turns his little black nose up at regular coffee; but, laps up espresso.  When he hears the beans being ground, he comes running and hovers…until he can hoover.  Here is is drinking his favourite espresso…

Here also are some photos of him in the stages of his “fix:” taking in the aroma, gauging the depth, testing the temperature and finally digging in! 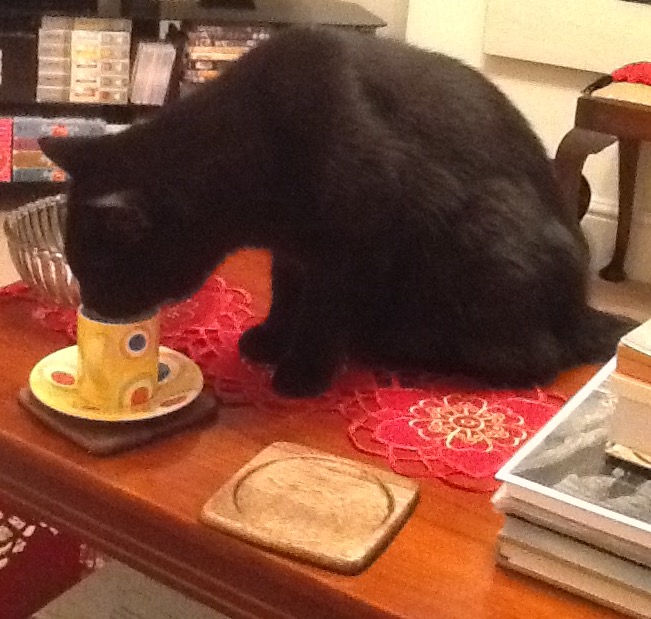 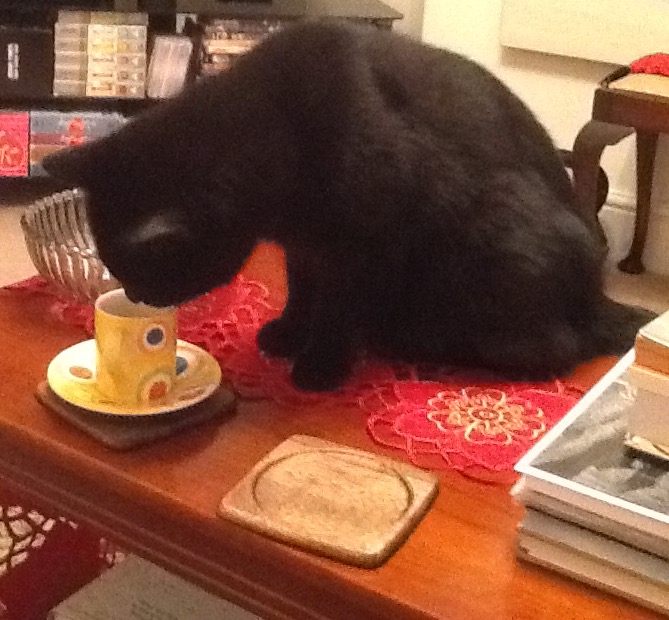 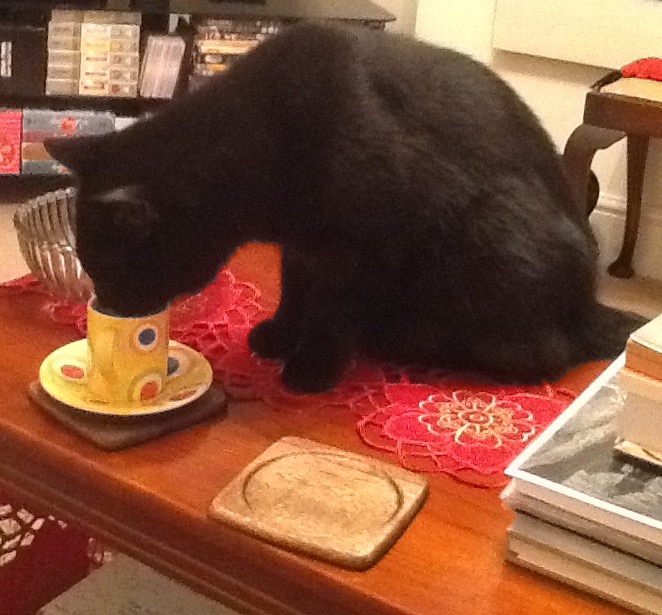 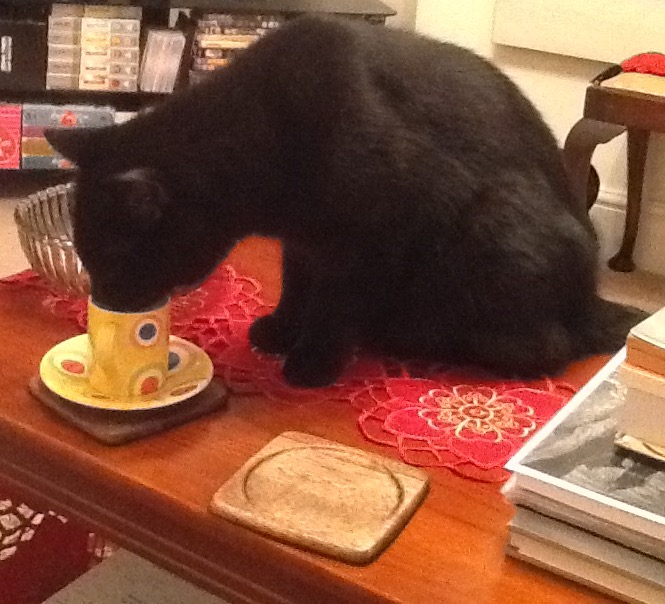 And here he is licking the coffee grounds out of the grinder: 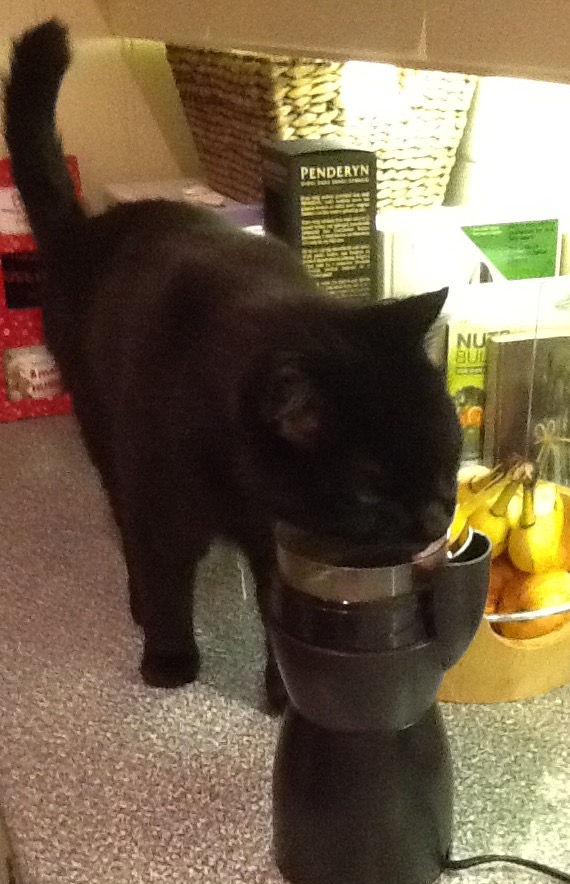