Over at the website Evolving Perspectives, reader Pliny the in between has a new cartoon called “Nuts and bolts of crime and punishment“. It illustrates one of the many misconceptions people have about science-based determinism and its rejection of libertarian free will: that under determinism is useless to try to change anything since everything is preordained by the laws of nature. Well, the last part of that is pretty much correct—save for fundamental indeterminacy due to quantum mechanics—but within that paradigm lies the fact that people’s arguments constitute environmental factors that affect how others behave.

My own example is that you can alter the behavior of a dog by kicking it when it does something you don’t like. (I am NOT recommending this!). After a while the dog, whose onboard computer gets reprogrammed to anticipate pain, will no longer engage in the unwanted behavior.

Well, Pliny also used the kicking example, but on humans rather than dogs (click to enlarge). I thought the guy was a real person, but Pliny told me this:

It’s generic henchman # 7 (first used here).  Some might think that he is based on a Fox News hack, but that can’t possibly be true. I only used him here because that expression worked so well for the aftermath of Venn’s aversion therapy 😉

The cartoon, as usual, encapsulates what I try to say, but in many fewer words, and in graphic (and painful) imagery: 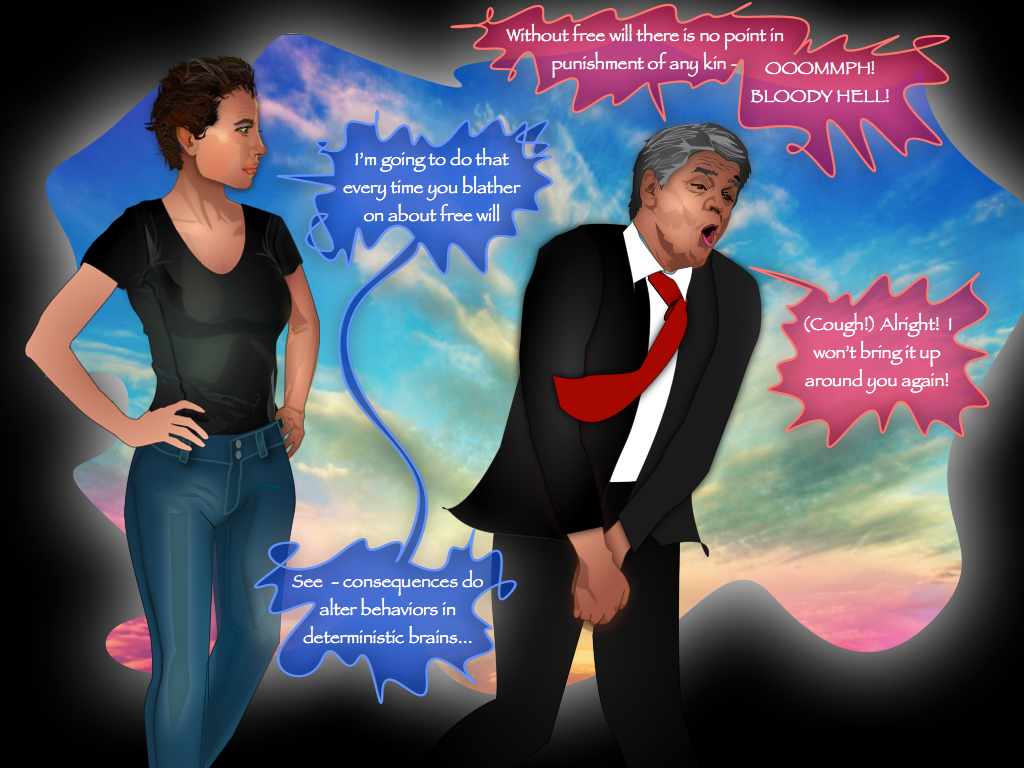 49 thoughts on “Misconceptions about determinism, illustrated”