The announcement below was apparently sent out by the evanglical Christian group BioLogos in a monthly newsletter, announcing an evolution-education grant to the tune of a cool million. But the money—from the John Templeton Foundation, of course—is going not for straight education in evolution, but to “introduce more people to the evolutionary creation position.” That, of course, is simply evolution guided or produced by God—theistic evolution. And that buttresses religion. Imagine the same thing, but for promoting theistic physics, or theistic chemistry. It’s God behind those chemical bonds! 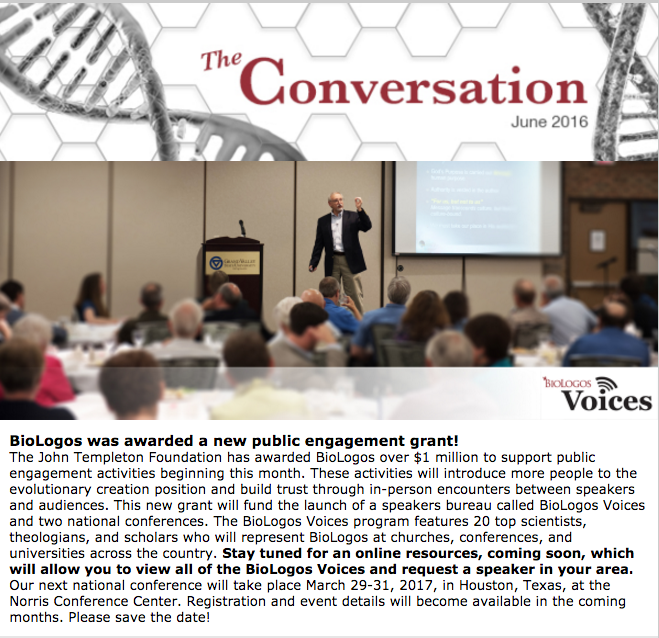 One more item: the “DoSER” (Dialogue on Science, Ethics, and Religion) program of the American Association for the Advancement of Science (AAAS) was founded with Templeton money and still gets it for various AAAS programs like the execrable “Science for Seminaries” initiative (why not “Science for Secular Southern Schools”?). DoSER’s director, Jennifer Wiseman, is also on BioLogos’s Board of Directors.  The AAAS is America’s largest organization of scientists, publishes the prestigious journal Science, and should not be engaging in theology. But you know how it goes. . .

And if you fall on hard times and need a 1-3 year job, the AAAS has an opening: