Air France is in the middle of a row with their staff members after instructing female crew members to cover their heads and wear loose jackets and trousers when they travel to Iran. Staff point out that it is against French law to require them to wear “ostentatious religious symbols”.

Air France’s response to their objections can crudely be summarised as this:

That’s nothing, just wait until you see what we make our female staff wear when they go to Saudi Arabia.

The staff are not objecting to wearing head coverings while out of uniform in Iran, but object to it being made a part of their uniform.

This is yet another example of the grossly insulting “respect” shown to totalitarian and misogynistic regimes in the name of religion. Worse, it shows very clearly that when the dignity of actual women is measured against respecting religion; religion wins every time, even in the secular West, even in liberal countries, even places where women ought to be safe from the dictates of fanatical parochial conservative males.

Not only does this sort of mealy-mouthed appeasement of ridiculous and misogynistic dress codes betray Western women; it also insults the women and men of Iran who campaign against the hijab and similar suffocating and illiberal laws.

Here’s a thought-exercise for those of you who might be thinking that maybe this isn’t something worth protesting.

If the southern states of the USA still practised slavery, how palatable would you find it if multinationals required black staff members to wear special garments if they traveled to those regions so as not to offend the status quo?

I’m guessing you would think that repulsive and outrageous; and you would be right.

It may seem a little extreme of an example, and yes, it is. It isn’t a perfect analogy. But why is it always the dignity and self-determination of women that is expected to take a back seat when secularism meets Islam or any other ultra-conservative religion?

Whether we are talking about segregation of sexes at gatherings, absurdly archaic dress codes, seating arrangements on airplanes or prohibition of women from entering certain premises; religion is allowed to trump equality even in countries which claim to champion women’s rights. It’s morally reprehensible, and in many cases it is actually illegal. But it won’t go away until companies and organisations realise that they are better off siding with women than with regressive religions. And that is not going to happen until people complain bitterly and publicly every time this sort of thing happens. 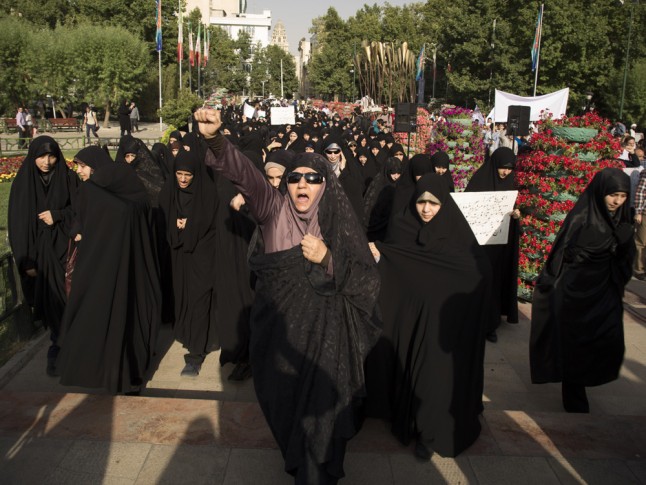