A while back I posted results of a Google Image search for “women Kabul 1970” and “women Tehran 1970” and compared the images with those from 2000 (Kabul) and 2010 (Tehran). The results were striking: in the 1970s women in both nations dressed as they wanted, with hair, legs, and arms exposed to the open air. Now, in these theocratic countries, women are put in sacks and veils. Did their desires of what to wear change that much in 30-40 years, or was it religious structures that came with religious governments? (Have a look at the photos.)

In December I also put up some largely unknown photos by Hengameh Golestan, a woman photographer who documented a huge protest by women against the headscarf in Tehran in 1979—right after the revolution started dictating women’s dress.

And remember “Stealthy freedoms of Iranian women,” a Facebook page (no longer extant, I think, but replaced by #MyStealthyFreedom), in which women bravely (and illegally) ditched their mandatory hijabs, positively luxuriating in letting their hair flow free? (There are some wonderful posts at the active link.) How can anyone maintain that the women in Iran and Afghanistan are veiled because they want to be? If those countries weren’t theocracies, those hijabs would vanish in a second.

Now, at the site Atchuup, there are some amazing photos of Iranian magazine ads from the 1970s showing how clothing was advertised to women in the 1970s. Here are a few samples; can you imagine this now? The point is not whether Iranian women actually dressed these ways, though if you look at photos from the 1970s you’ll see that they weren’t veiled or put in sacks. There are two points: first, that it was okay to advertise this kind of clothing in magazines: 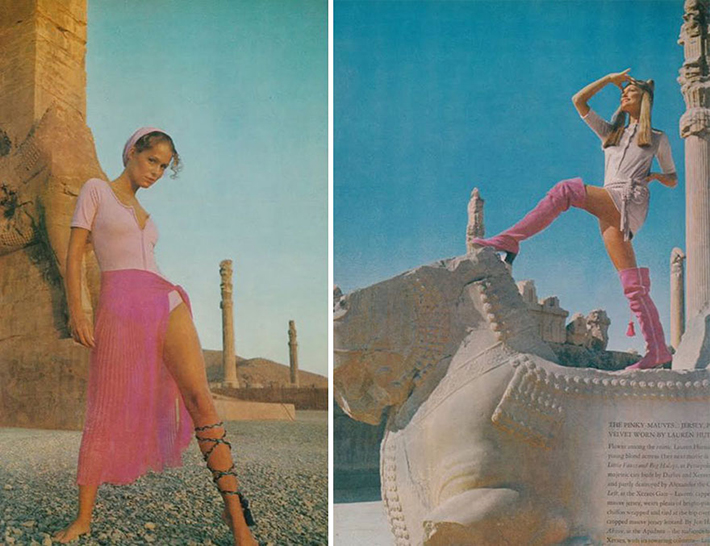 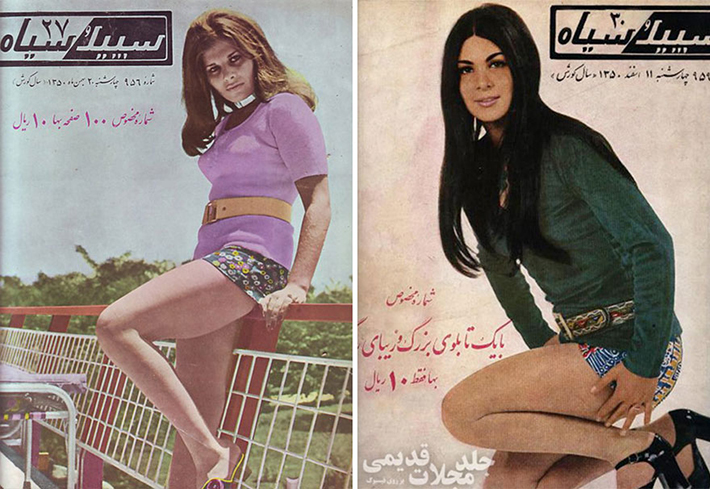 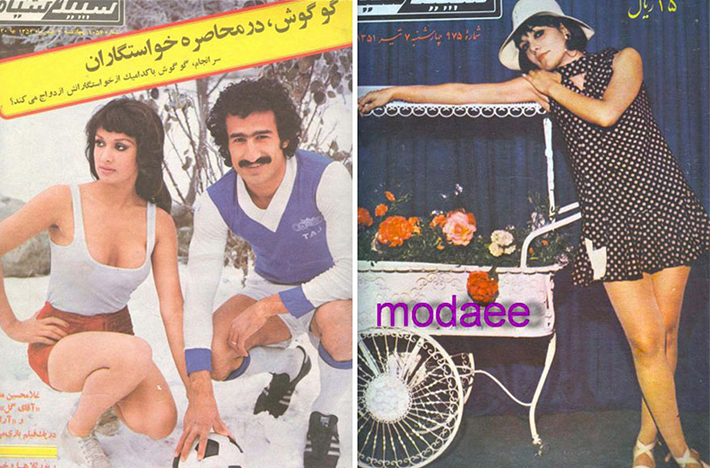 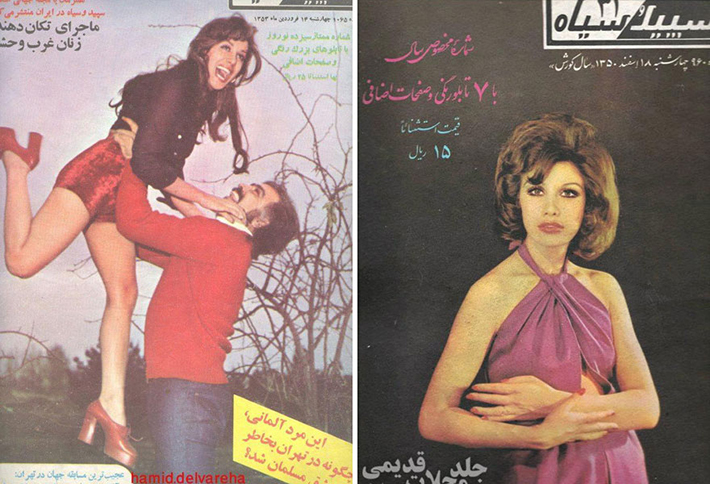 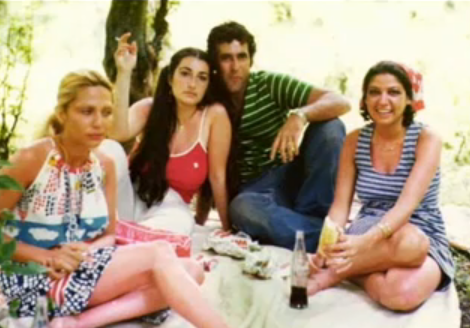 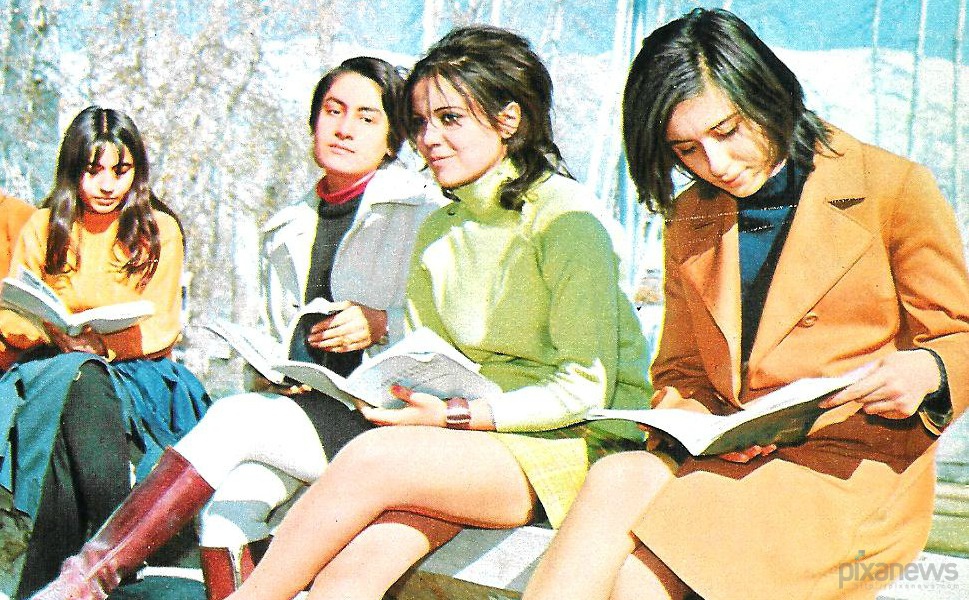 Is there anybody obtuse enough to think that if Iran or Afghanistan had a secular government, and if the hold of conservative Islam was loosened, many women wouldn’t, within a generation, look like those shown in the two photos above? And you know what that means: their present veiling and bagging is not of their own choice, but comes from the strictures of faith.