Just in: a cool fossil courtesy of reader James Blilie:

This photo isn’t of a living thing; but rather its traces:  A tetrapod trackway in Permian or Carboniferous sedimentary rocks, Cedar Mesa, southern Utah.  2001, Kodachrome 64, probably a Pentax A 20mm f/2.8 lens.  Probably f/11 at 1/125 sec. Pure speculation, but it could be from Eryops, or a similar animal. Scale:  Those marks are probably 3-4 inches in diameter (7.5 – 10 cm). This first (and only) trackway I’ve found “in the wild” on my own.  I might not have noticed it if it hadn’t been for the angle of the sun. 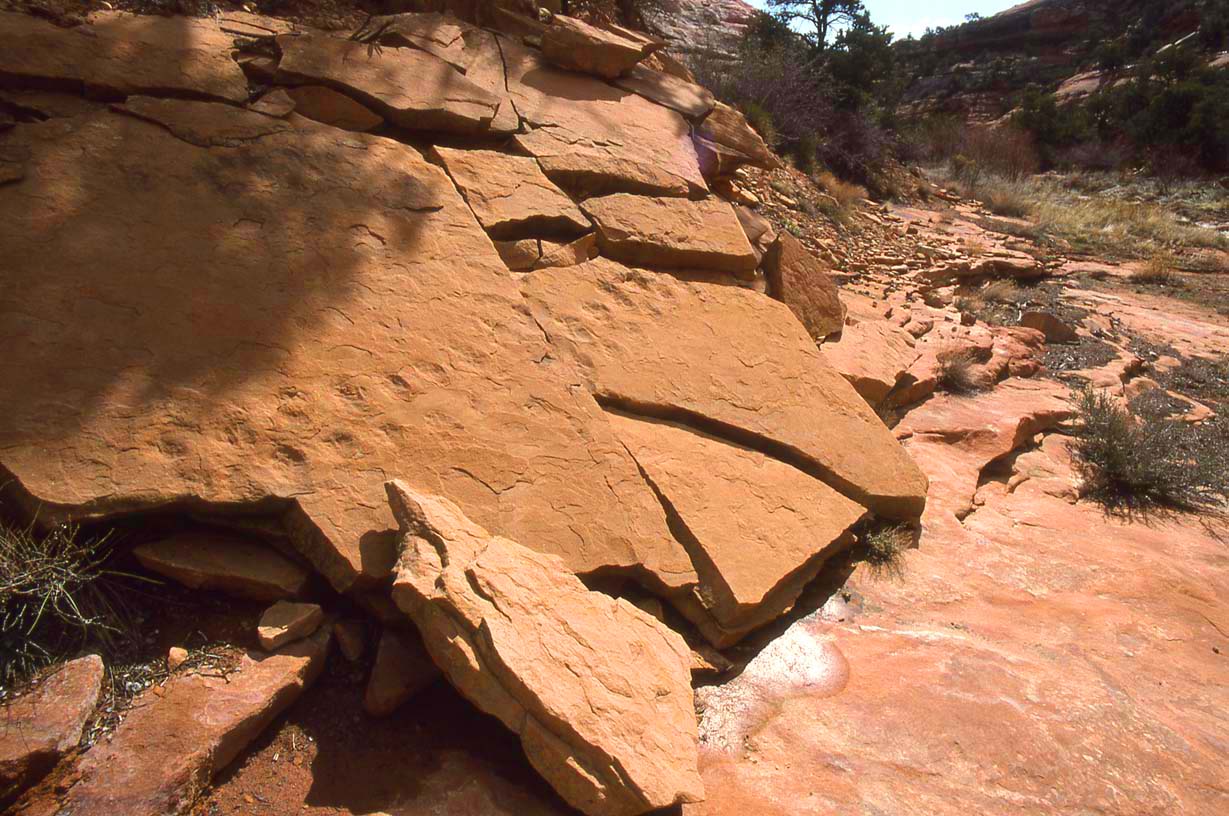 Here’s a reconstruction of the large Eryops (up to 3 meters), a semi-aquatic carnivore that lived about 300 million years ago: 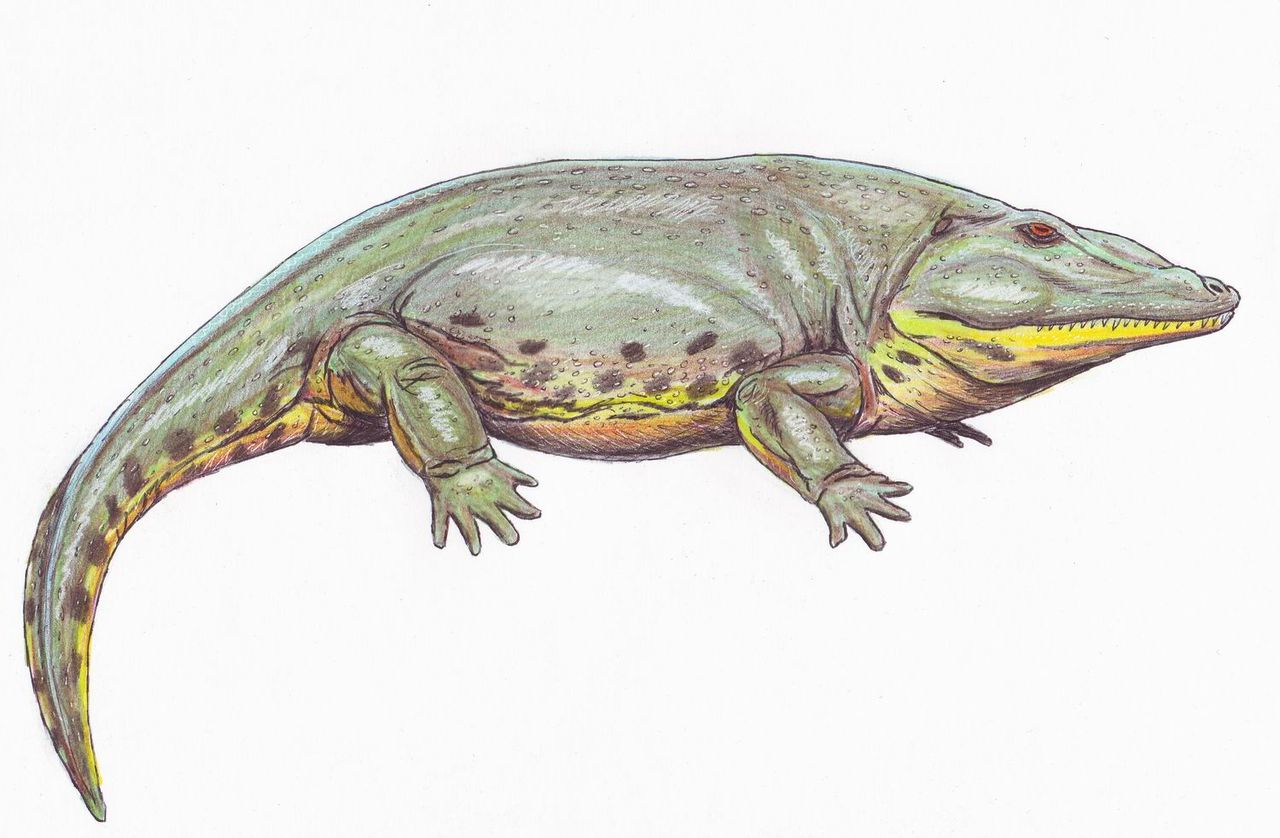 Reader Kevin Voges, a retired university professor in New Zealand, sent a photo of a bird I didn’t know existed (or, if I did—and I probably posted about it years ago!—I’ve forgotten). It’s the tui (Prosthemadera novaeseelandiae), once called the “parson bird” because of its striking white collar, and it’s endemic to NZ. Kevin’s notes:

Just the one photo from me. We’ve been planting natives on our property in the Wakatipu (New Zealand), as well as trying to keep the predator population down, and I put in some bird feeders. This Tui has just moved in this year, apparently they tend to stay once they’ve arrived. The early Europeans called it the parson bird! The yellow on its head is pollen from a flax plant (you can see them at the back).

Tui is the Maori name, not sure of its origin. The Maori have a range of other names, depending on location and age, but Tui is the most common name. The tufts are called poi. We put sugar water in the feeders (one cup per litre), which helps them through the winter when there are less blossoms about. There are a few food sources on our place, flax and fuchsia, with more on the way as the trees mature, but he obviously likes the sugar as well. 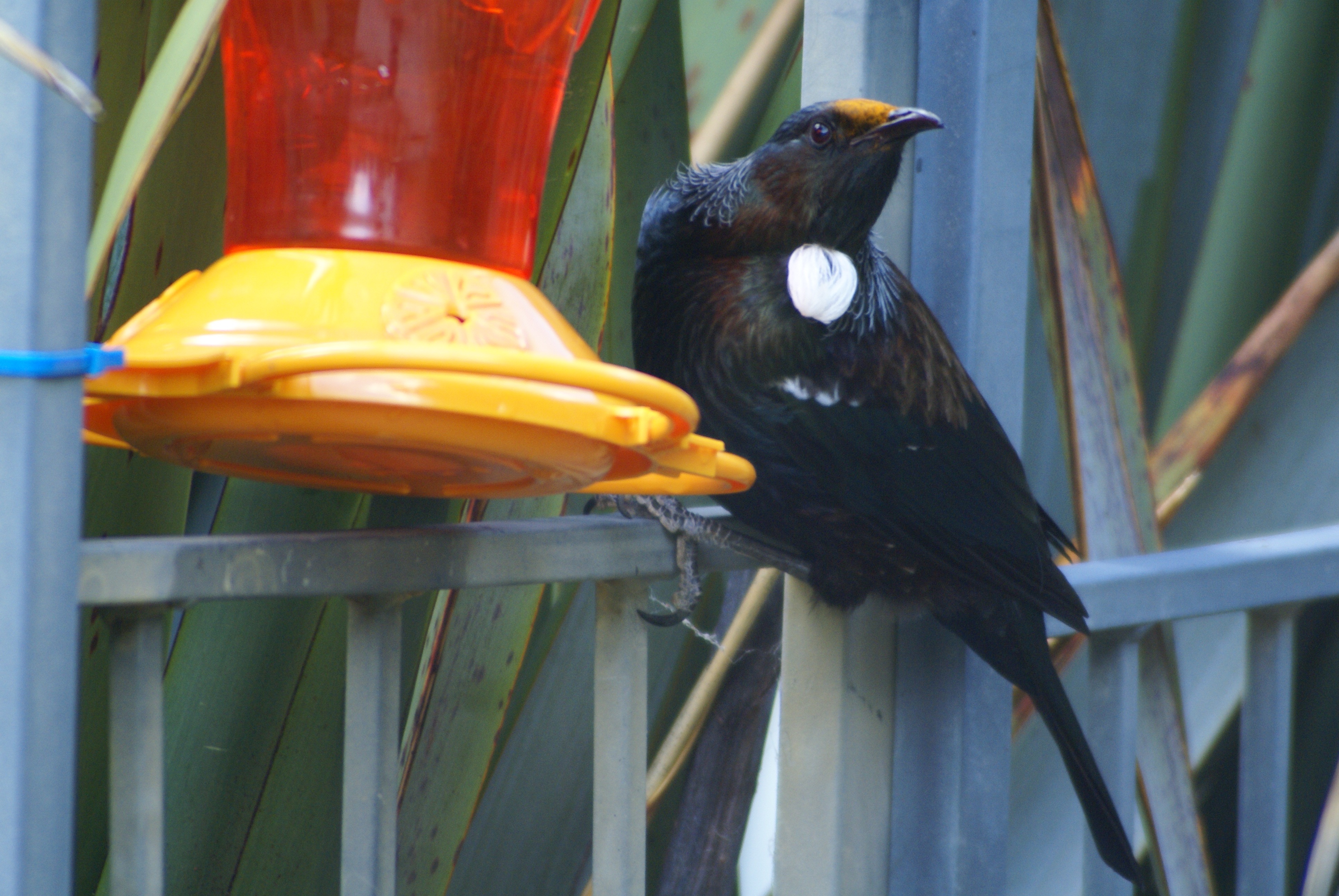 Kevin adds, “They are good mimics as they have two voice boxes. Apparently the Maori taught them quite complex speeches“. Here’s a video of a permanently injured (and therefore captive) tui named “WoofWoof,” who speaks prolificially in a Kiwi accent, makes kissing noises, and even whistles “Pop goes the weasel”:

And while we’re on birds from down under, reader Ben Batt (who sent us “spot the stone curlew”), provides more photos:

Bush Stone-curlew (Burhinus grallarius). These birds were quite tame, and would usually just walk away or crouch down and freeze as we approached. They skulk about in an amusingly shifty way, freezing whenever you look at them: 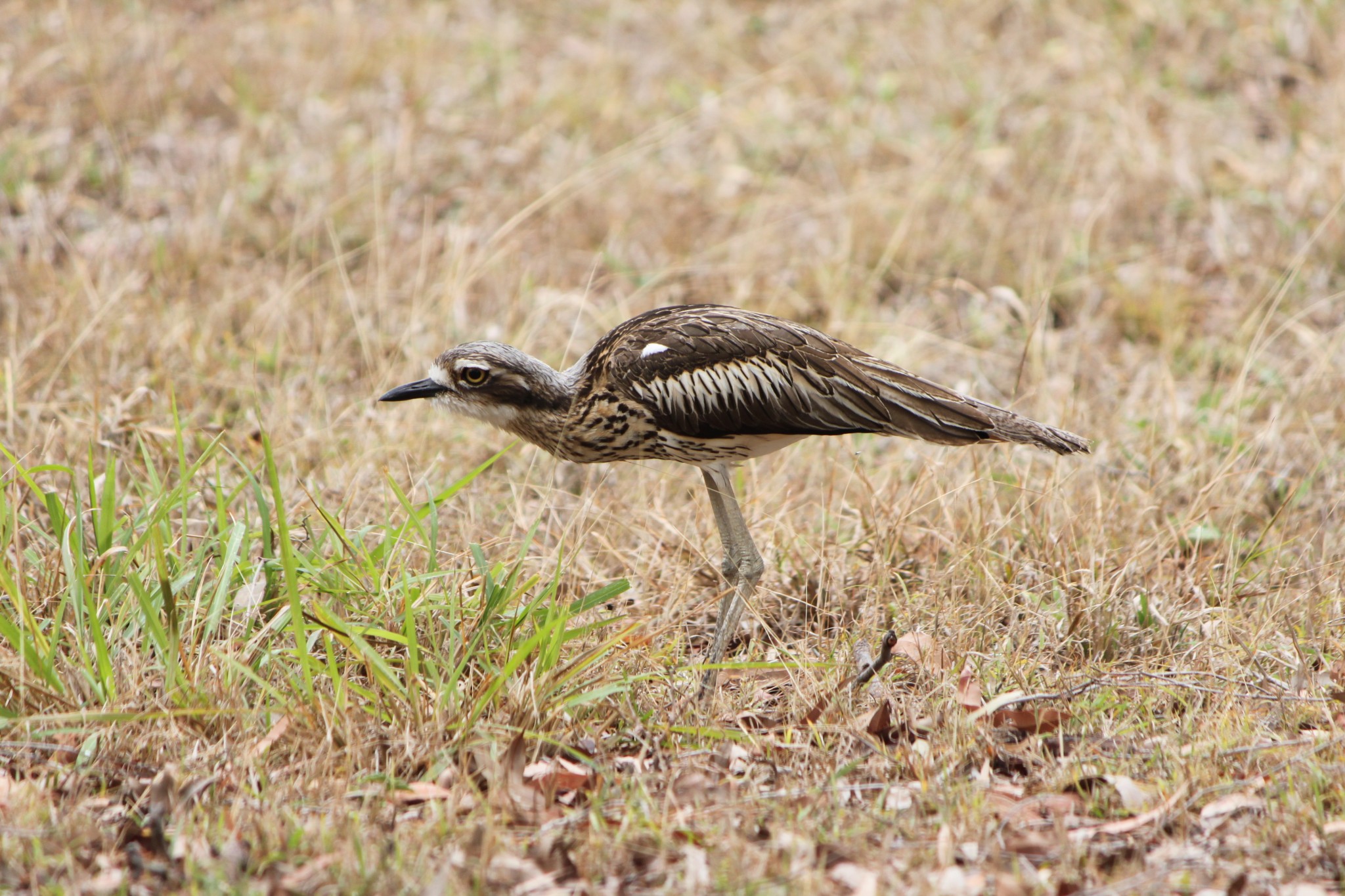 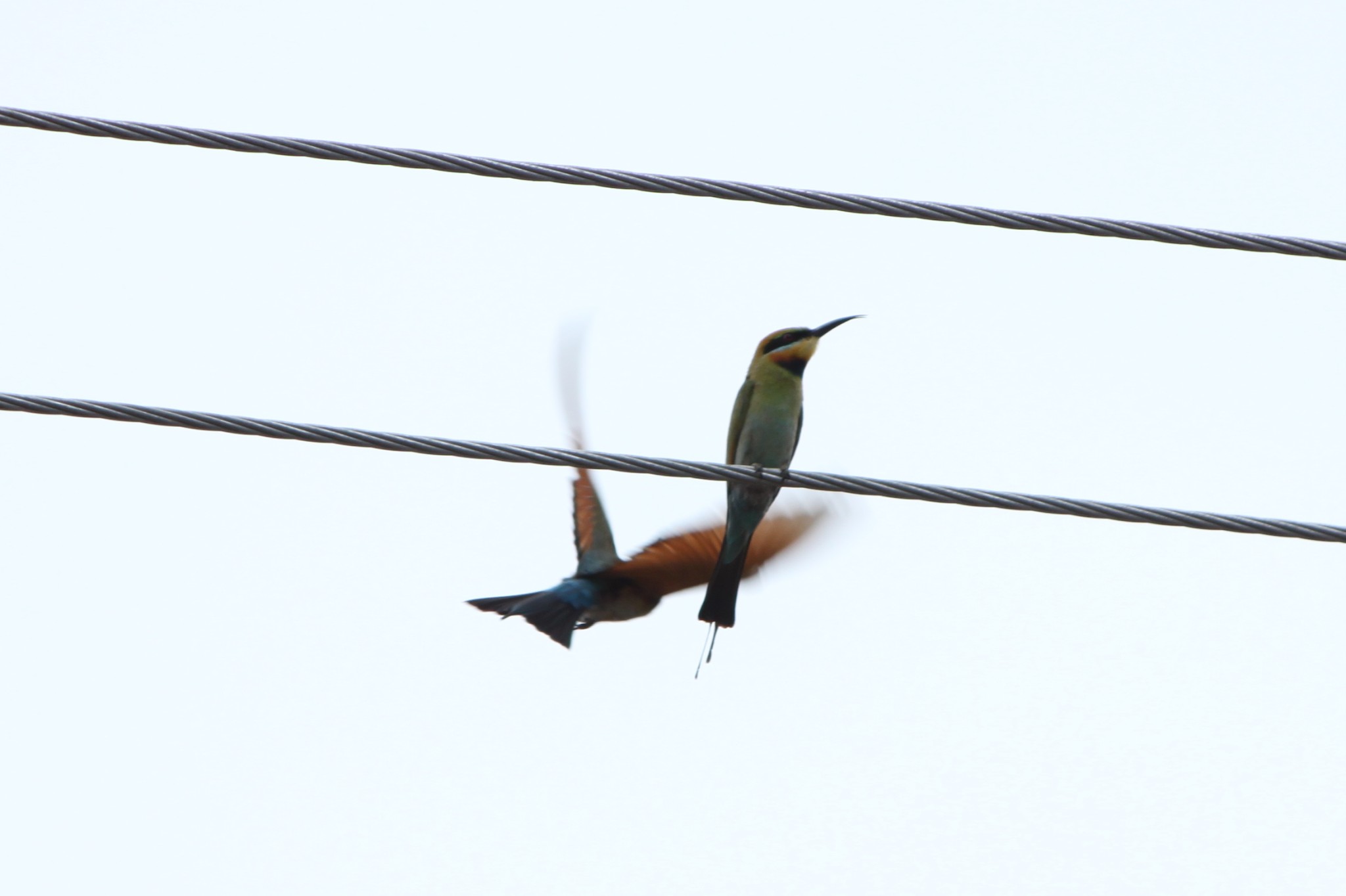 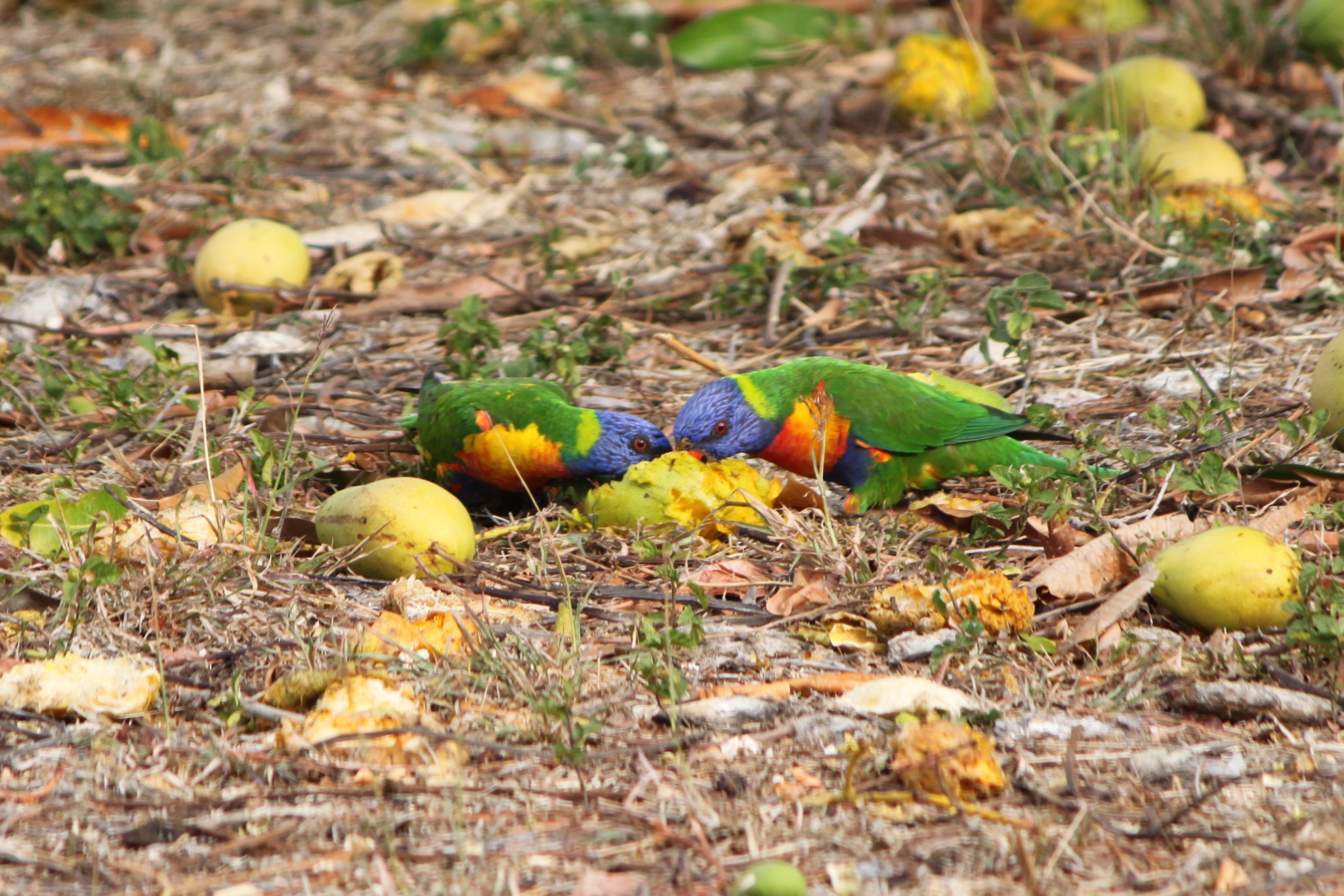 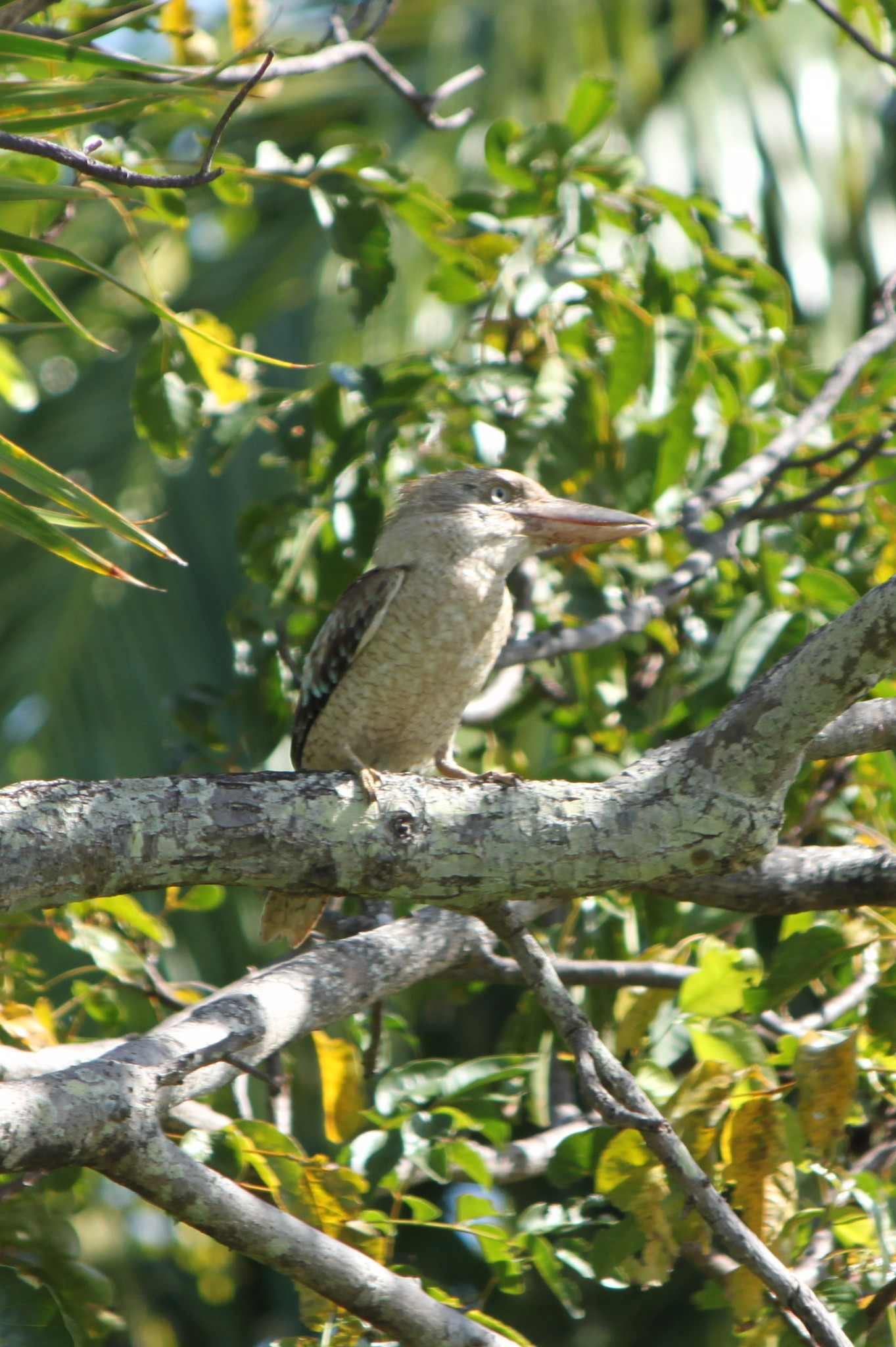 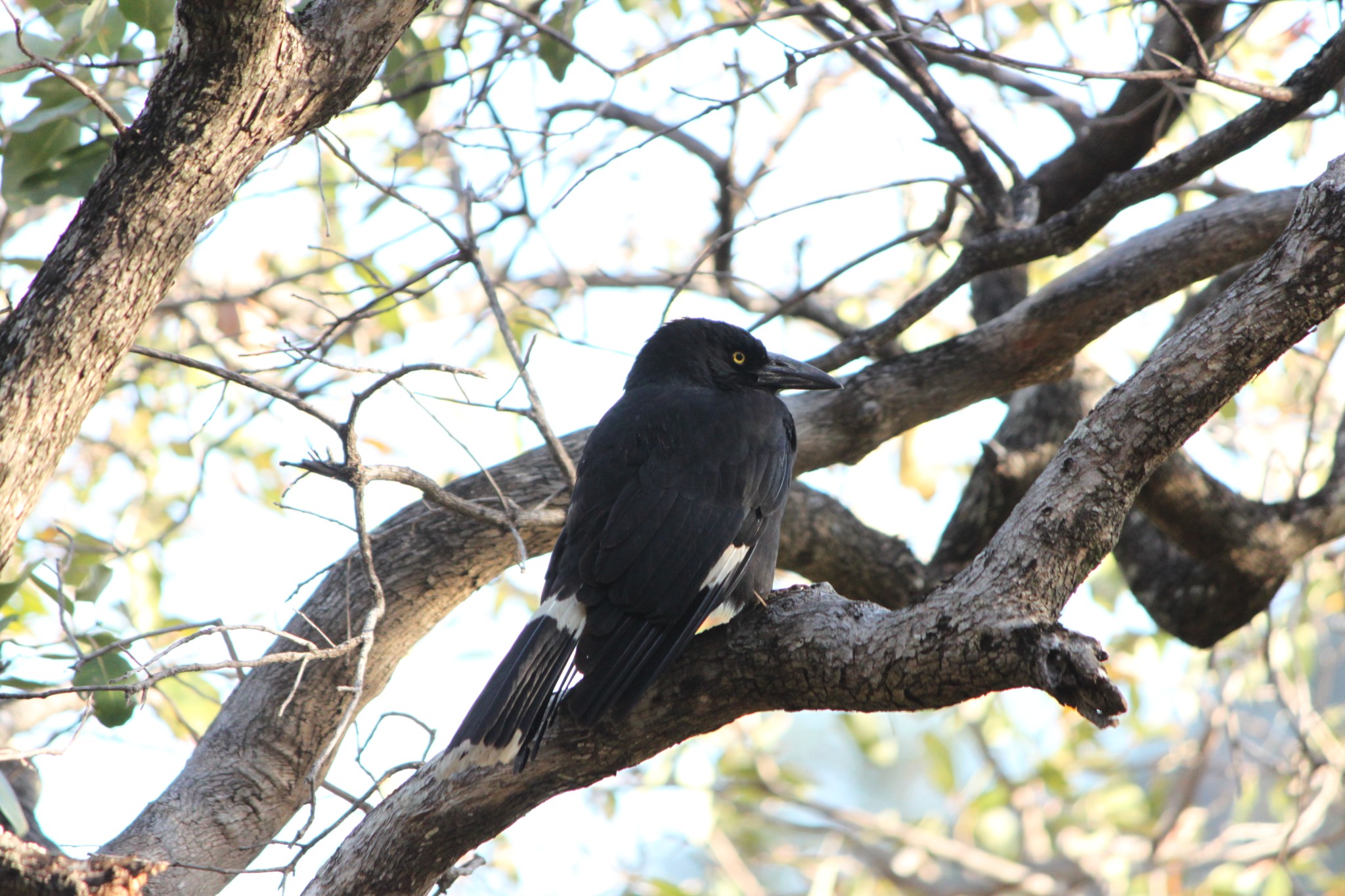 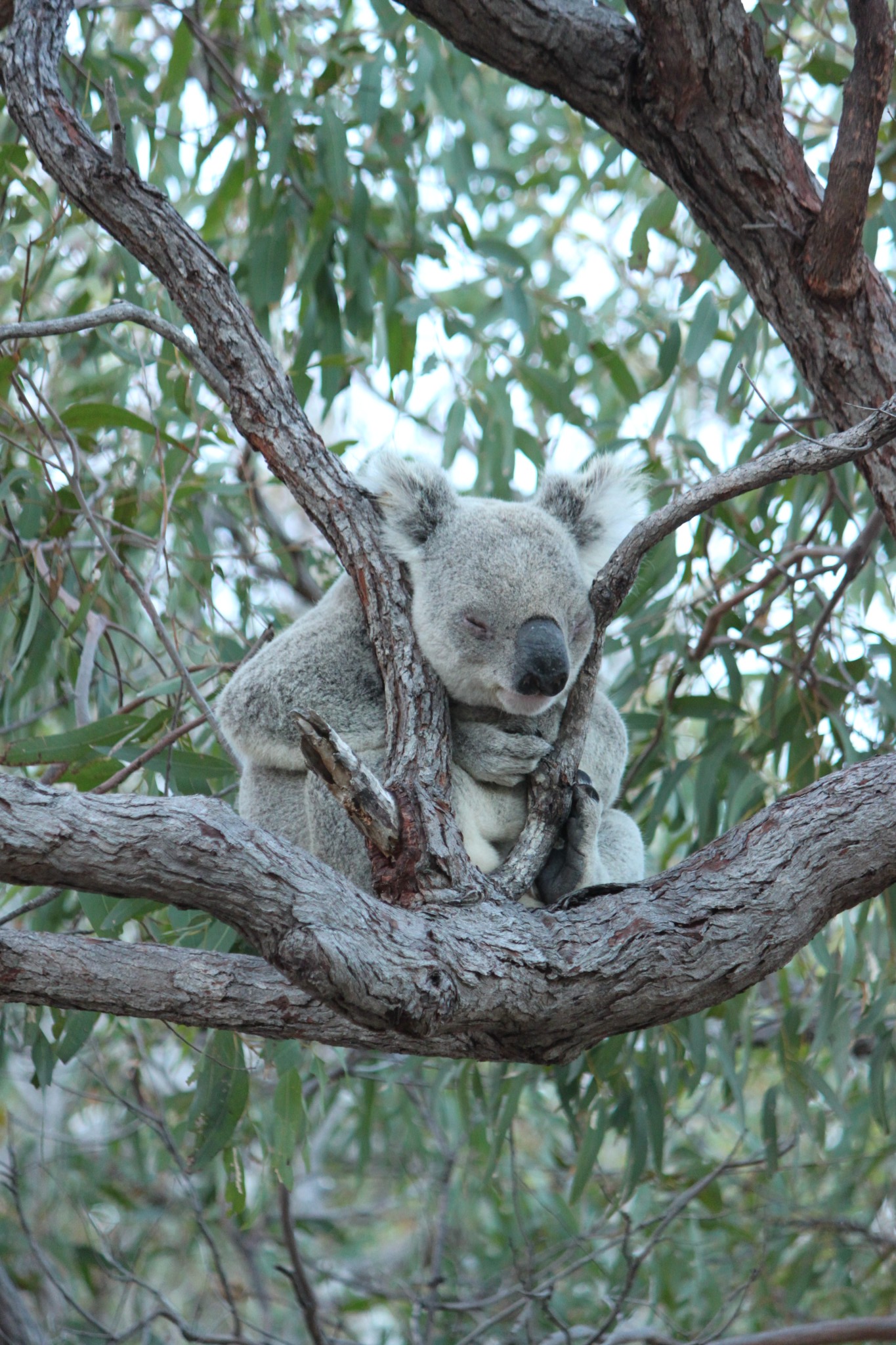