Well, it’s getting colder as the northern Hemisphere winter approaches, but my email bulletin from CNN warns that our warm fall, which was very noticeable in Chicago, is a harbinger of global warming:

October 2015 was the warmest October on record and the warmest month ever recorded relative to the month’s average temperature, a new NOAA report says. It was the sixth straight month setting a global temperature record.

The temperatures got a boost this year from what may end up being the strongest El Nino ever recorded reaching its peak. El Nino, which is characterized by warming of ocean waters in the tropical Pacific Ocean, is helping to drive global temperatures upward this year, but El Nino cannot fully account for the warming. The overall trend continues to climb higher thanks largely to man-made climate change and greenhouse gas emissions.

But as the winter approaches in Dobrzyn, I’m told that both Hili and Cyrus are putting on their winter weight, and you can certainly see that in the photograph below! As Malgorzata says, “They are eating too much and moving too little,” and I’m informed that Hili managed to purloin the ham out of Andrzej’s sandwich yesterday—while he was holding it!

Hili: We both need to exercise more.
Cyrus: That’s true.
Hili: But do we really feel like it? 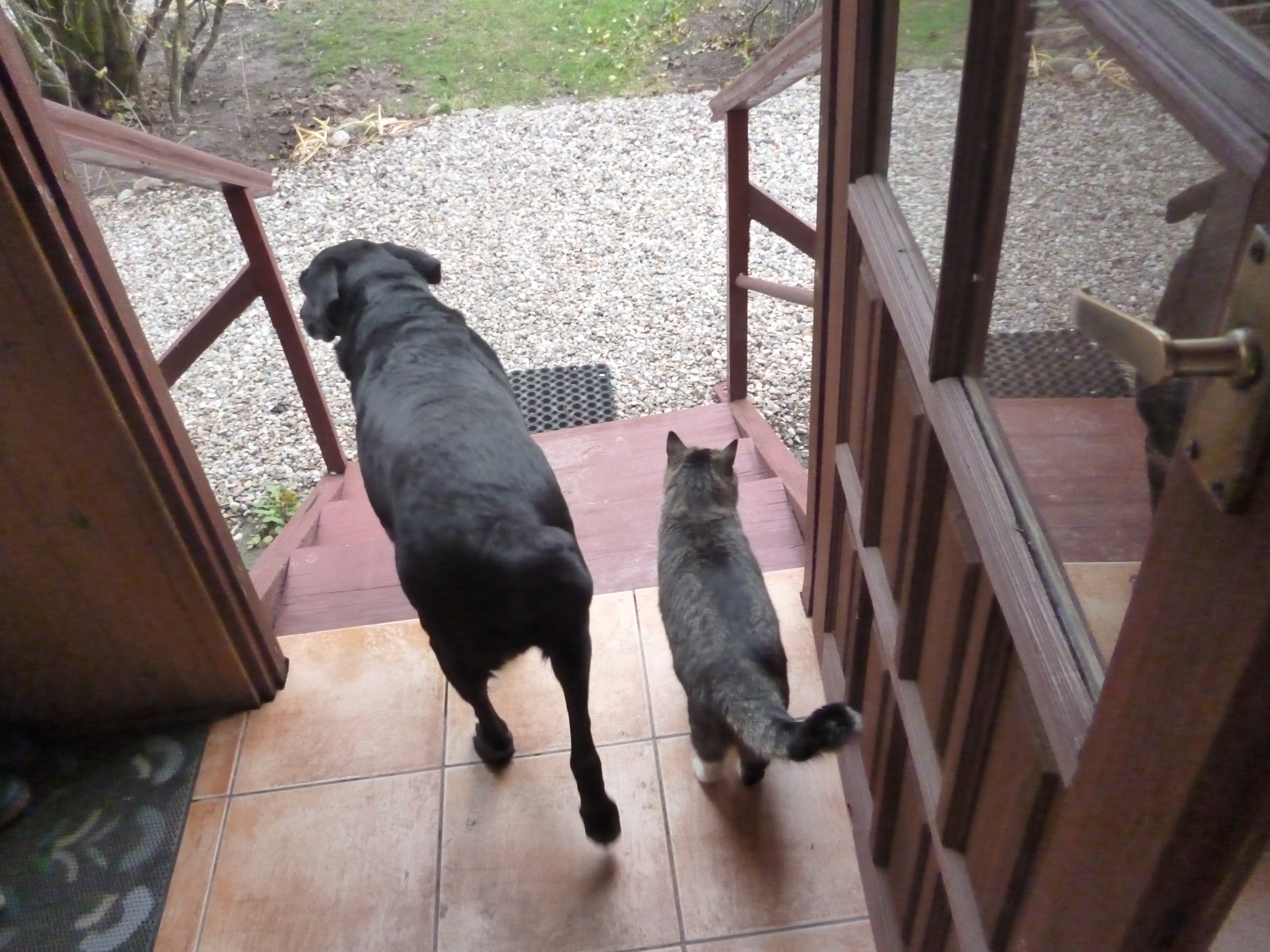