A week from today I’ll be flying from Stockholm to Atlanta via Newark, a flight I’m not looking forward to, for it’s over nine hours before I even get to the hell that is Newark Airport. Meanwhile in Dobrzyn, Hili deviated from her usual trick of coming into the house by jumping on the window, triggering Andrzej or Malgorzata to go outside, pick her up, and carry her inside. Now she can come in if the window is simply opened, for she destroyed the screen last summer by constant scratching (cats are jerks). Now the screen is scheduled for replacement, so, with this rare exception, Hili still comes inside by the “carry me” route. (Letting her learn that the window can open is a sure route to damaging future screens.)

A: Come in all the way here right now, because I want to close the window.
Hili: I can’t, because something is chirping out there. 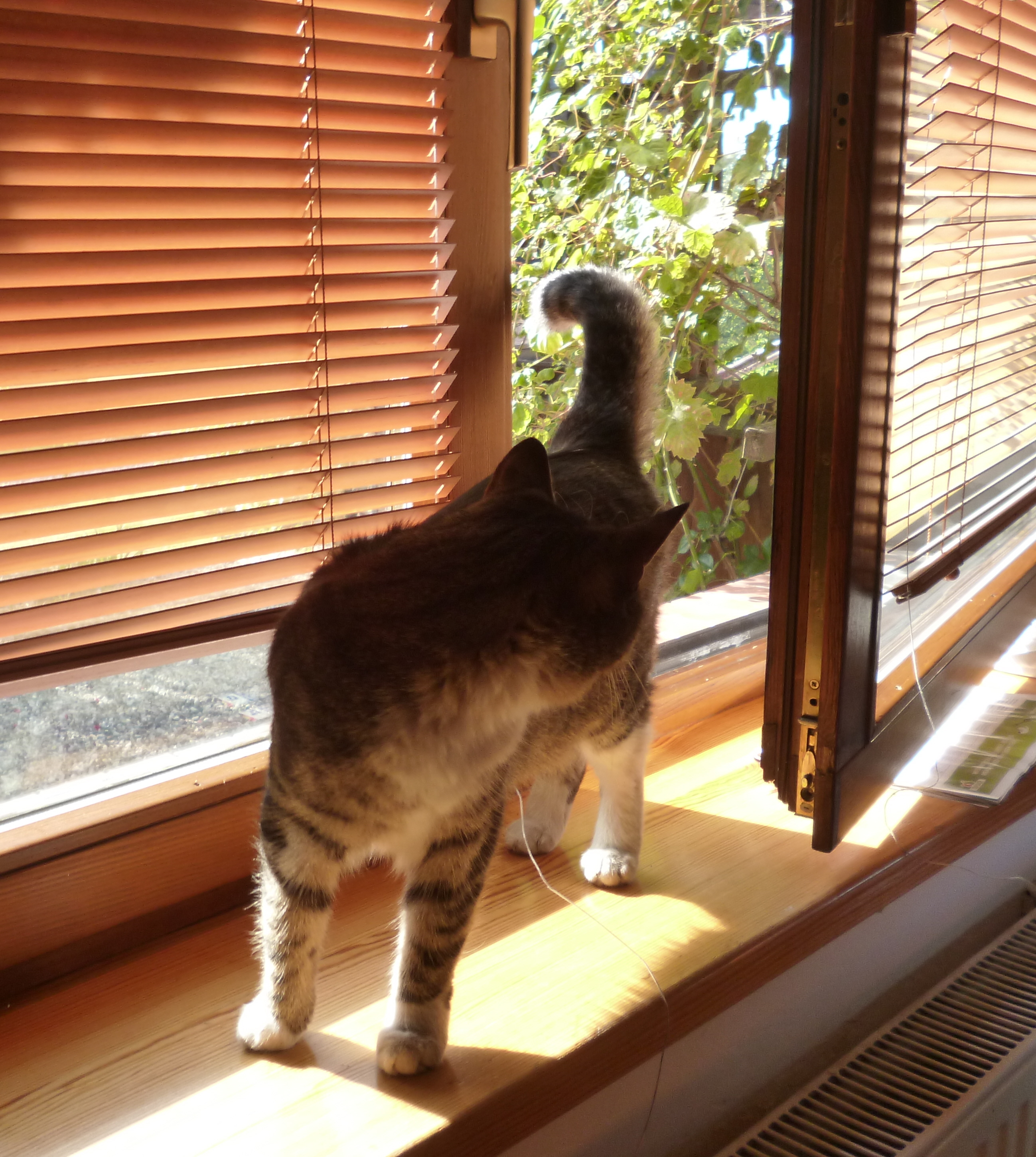