In 2012, Oklahoma installed a monument to the Ten Commandments on the grounds of the state capitol—a clear violation of the Establishment Clause of the Constitution. Here’s what it looked like, in a photo of Elise Donovan with FvF that’s entered in our contest (soon to be judged). She said that the monument’s top “looked like a butt.” 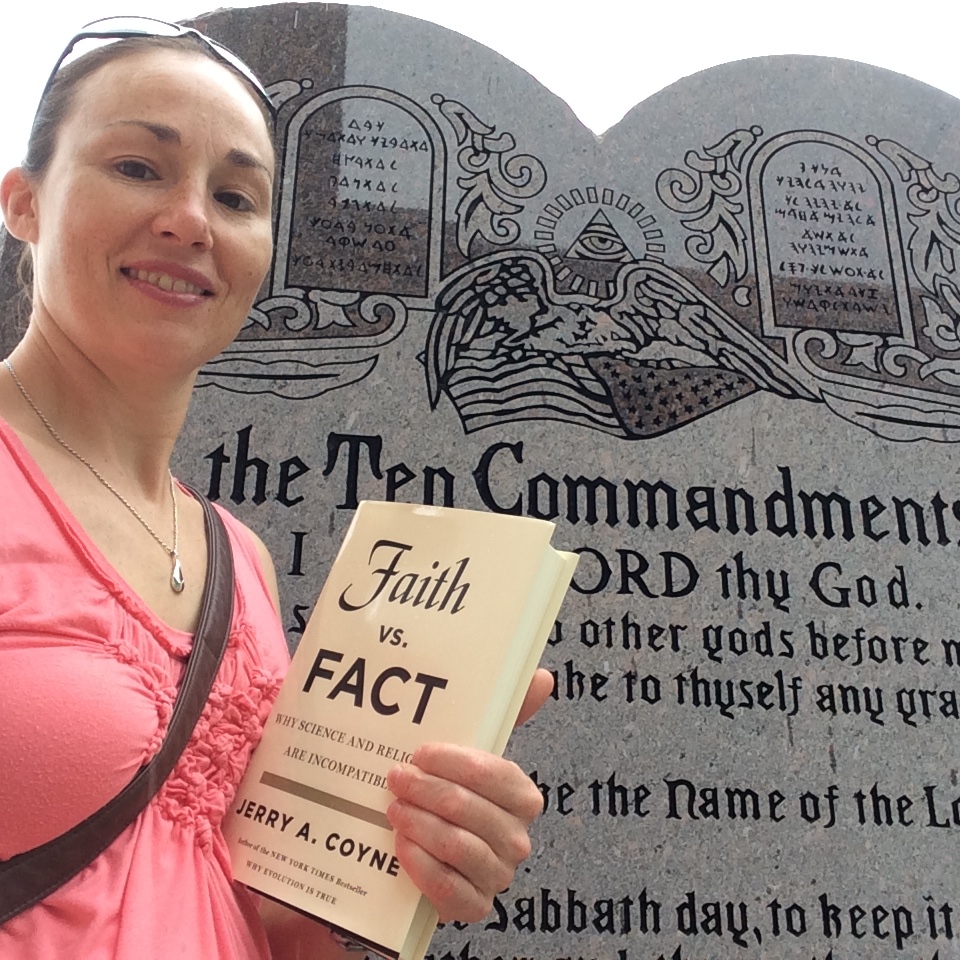 In May of last year, people fought back, responding to this “invitation” by asking for equal space:

One of the most humorous pushbacks was the creation of a monument to Satan funded by an Indiegogo campaign that raised $30,000 for Satanists. Here’s what they were also going to put on the Capitol Grounds: 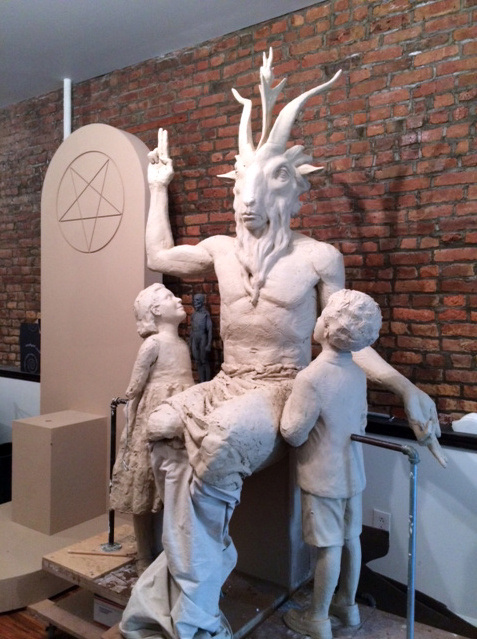 Well, it ain’t going to happen now. As reported by KOCO, an Oklahoma City news station, we learn that the Ten Commandments memorial, shown below, must be removed by October 12. On Friday, a district judge affirmed the order of the State Supreme Court that the monument be deep-sixed because it violate the state constitution’s establishment clause, but the attorney general later filed a motion that the Supreme Court’s order showed an “unconstitutional hostility toward religion.” Well, that’s just wrong, because preventing a violation of an establishment clause (enforcing church/state separation) does not constitute “hostility.”

This is another victory for secularism, and I’m glad to see that the Supreme Court of Oklahoma doesn’t the the argument, floated so often, that the Ten Commandments are either just “tradition and not religion,” or are the basis for America’s legal system, which is completely bogus.