Let’s begin with photos from our most regular regular, Stephen Barnard of Idaho. He sent three pictures of the Eastern Kingbird (Tyrannus tyrannus) with the note, “You don’t see many photos of these in flight.” 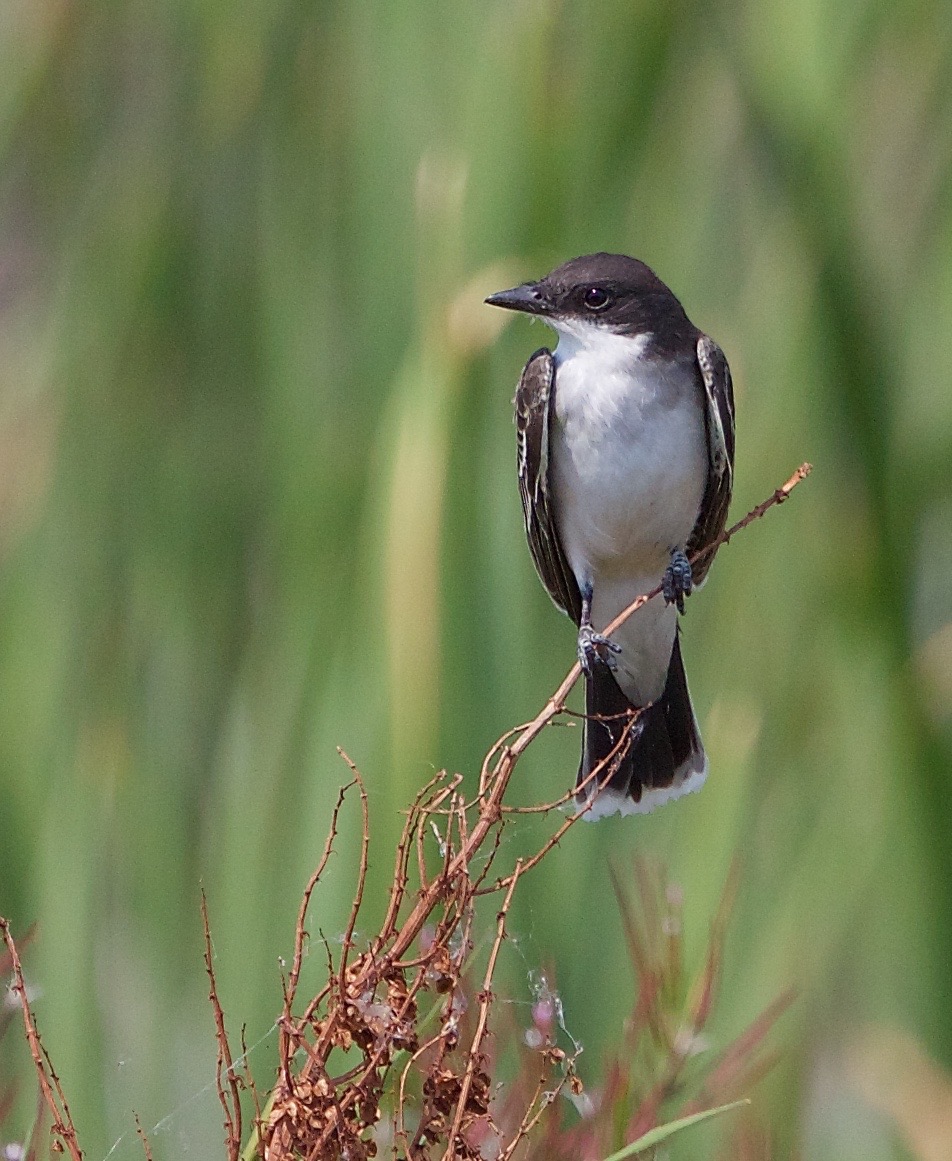 As the Cornell bird site notes about this species:

With dark gray upperparts and a neat white tip to the tail, the Eastern Kingbird looks like it’s wearing a business suit. And this big-headed, broad-shouldered bird does mean business—just watch one harassing crows, Red-tailed Hawks, Great Blue Herons, and other birds that pass over its territory. 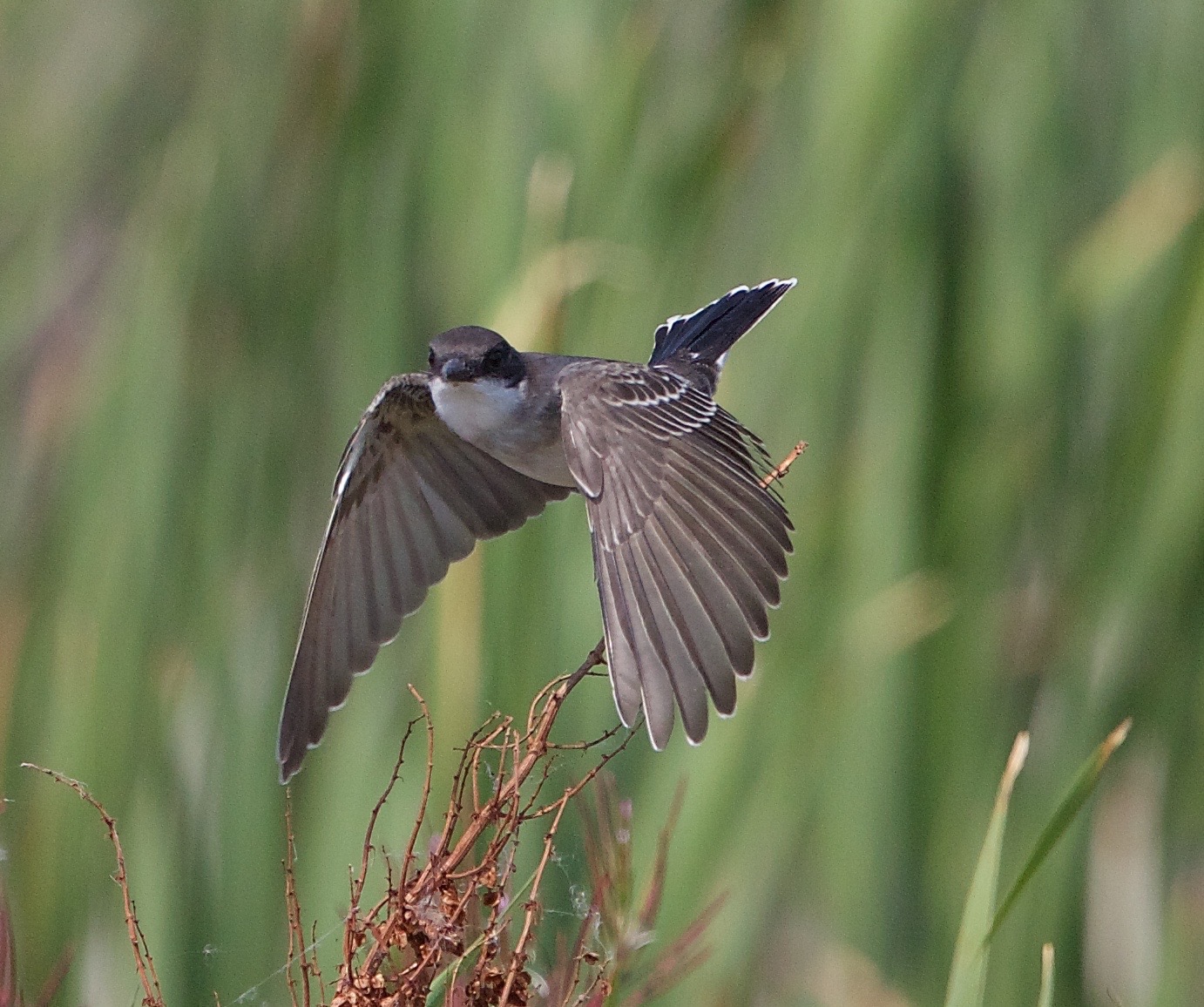 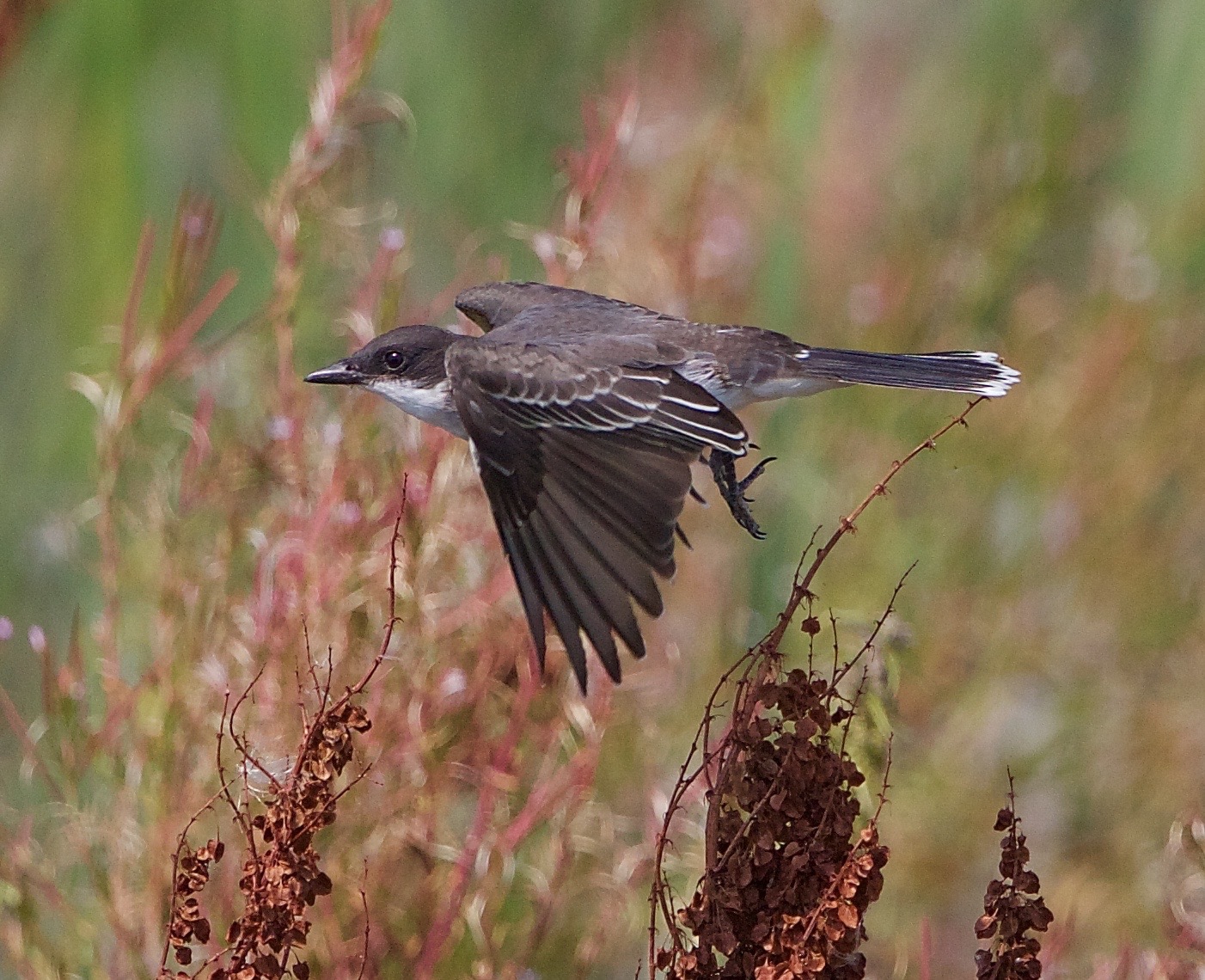 Reader Dom, who helped me track the source of many obscure quotations in FvF,  sent a mimic (I love mimics!):

I took this photo in a friend’s garden in Royston, just south of Cambridge.  It was a few inches from a nest of Lasius niger black pavement ants, that were swarming with flying males and females.  This is Myrmecoris gracilis [JAC: a “true bug”] and is a hemipteran.  In the British Isles it is, according to the best general insect guide (Michael Chinery’s Collins Complete Guide to British Insects), quite rare and confined to dry grassland in the south of England. If we can trust Wikipedia, it is found across Eurasia, & was named by the Finn, Rheinhold F. Sahlberg, who was from a family of entomologists.

Now the curious thing is that they are flightless – well, mostly.  So how do they spread?  It seems that some are macropteran or macropterous.  That was a new term to me but one I imagine you know – occasionally they produced winged forms which can spread.  There is a picture of a winged form here on the Encyclopedia of Life. 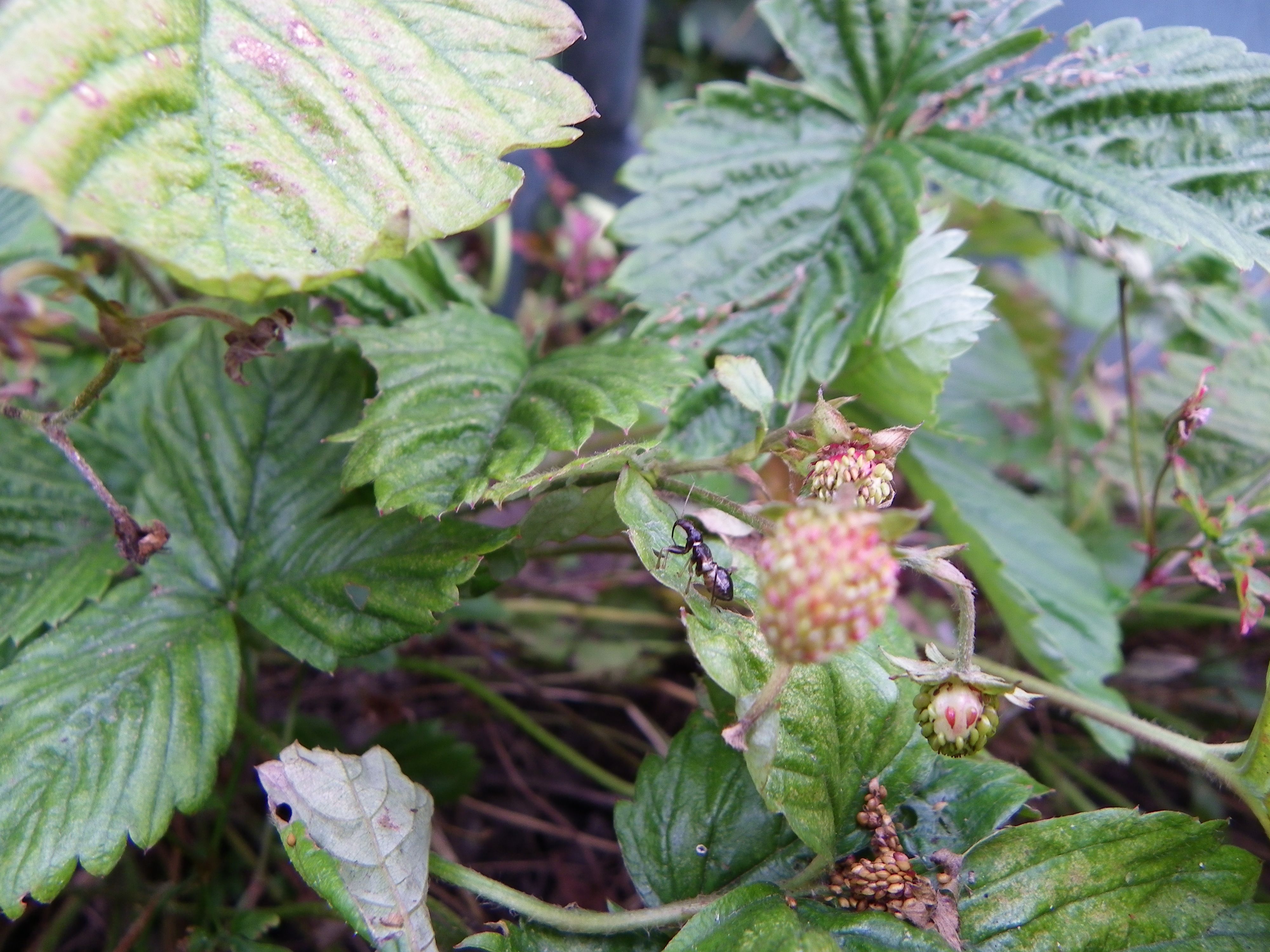 You can find more photos of this bug here. The next photo, a closeup, is taken from ObsessedByNature. The mimicry is clearly shown by the body shape, completely atypical of Hemiptera. It has an anty constricted “waist”, and a general, though imperfect resemblance to ants. But as we know, mimicry need not be perfect to be effective: all it must do to give an advantage is briefly deceive the predators or prey. 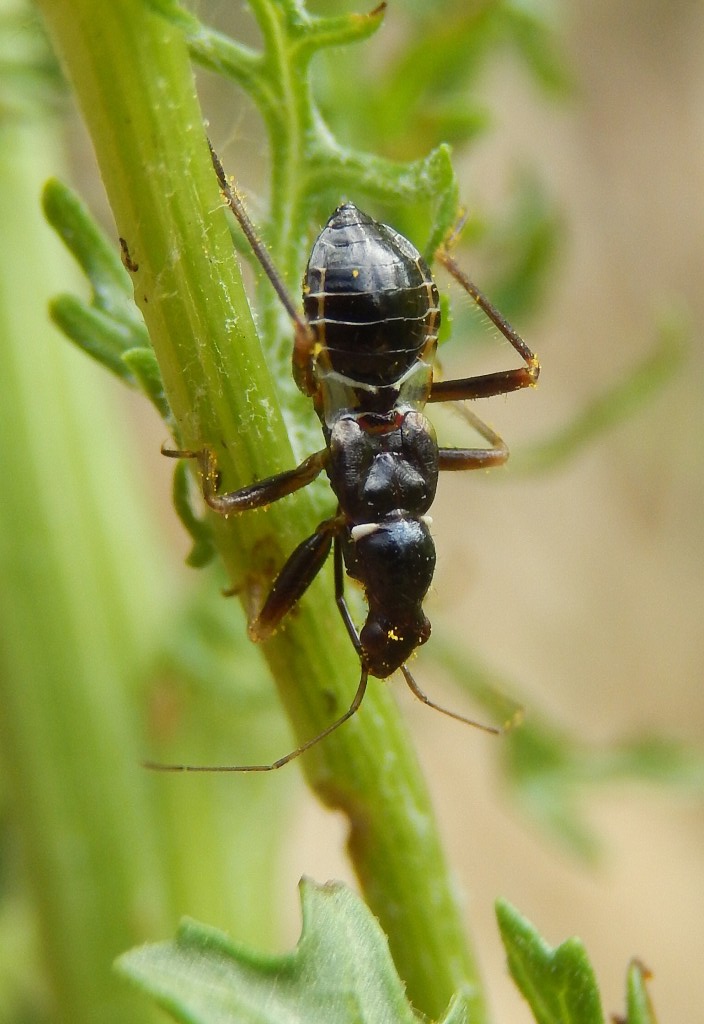 Another photo by Dom: 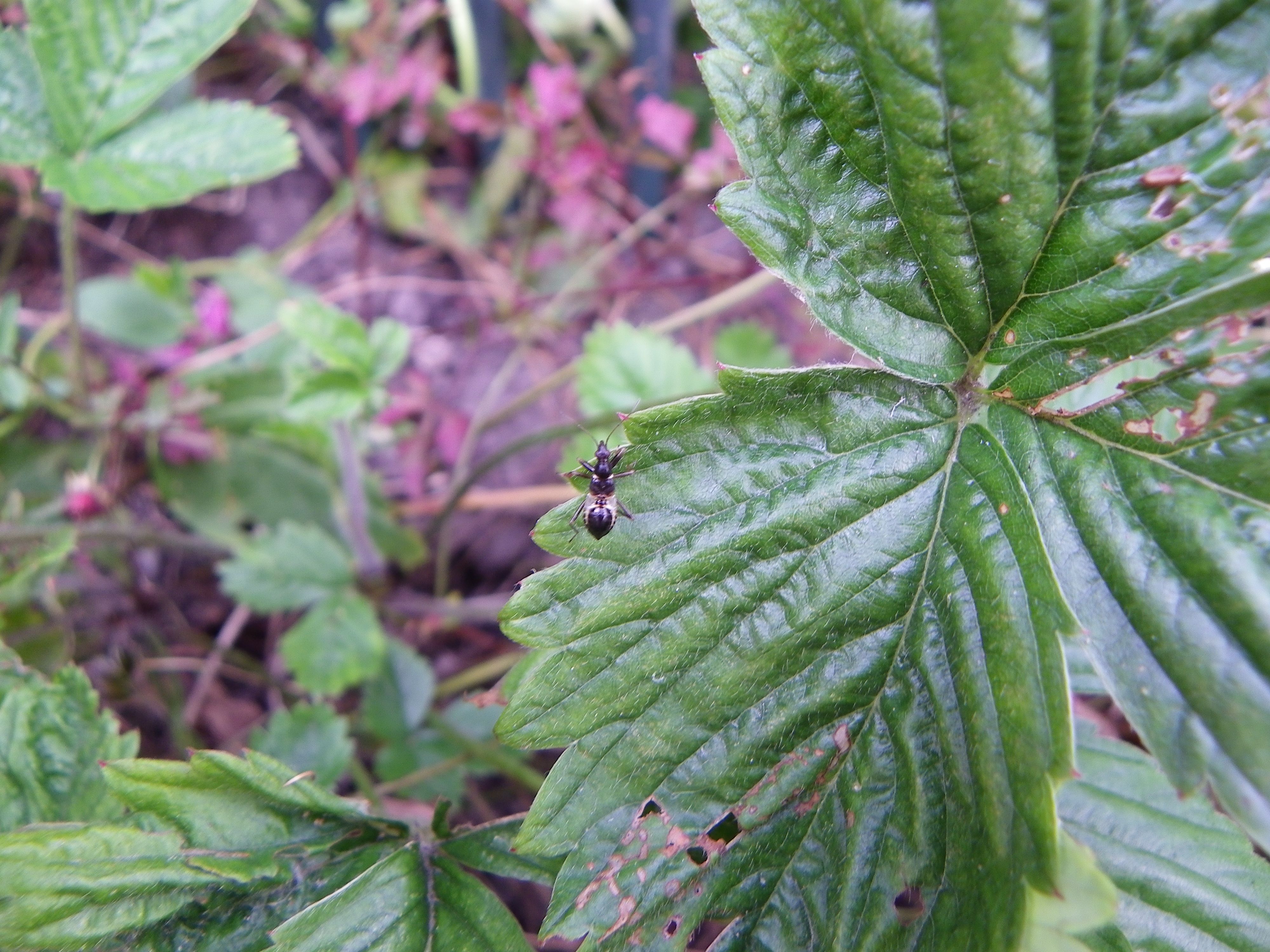 Dom also adds this question, which is a good one:

I am puzzled though by what advantage this insect gets by looking like a Lasius ant.  They are not stinging ants like red ants…

Well, there are many advantages to evolving to resemble an ant. One clue here may be that these things are predatory and feed on aphids. But I have no definitive answer for that question, and perhaps readers can weigh in. 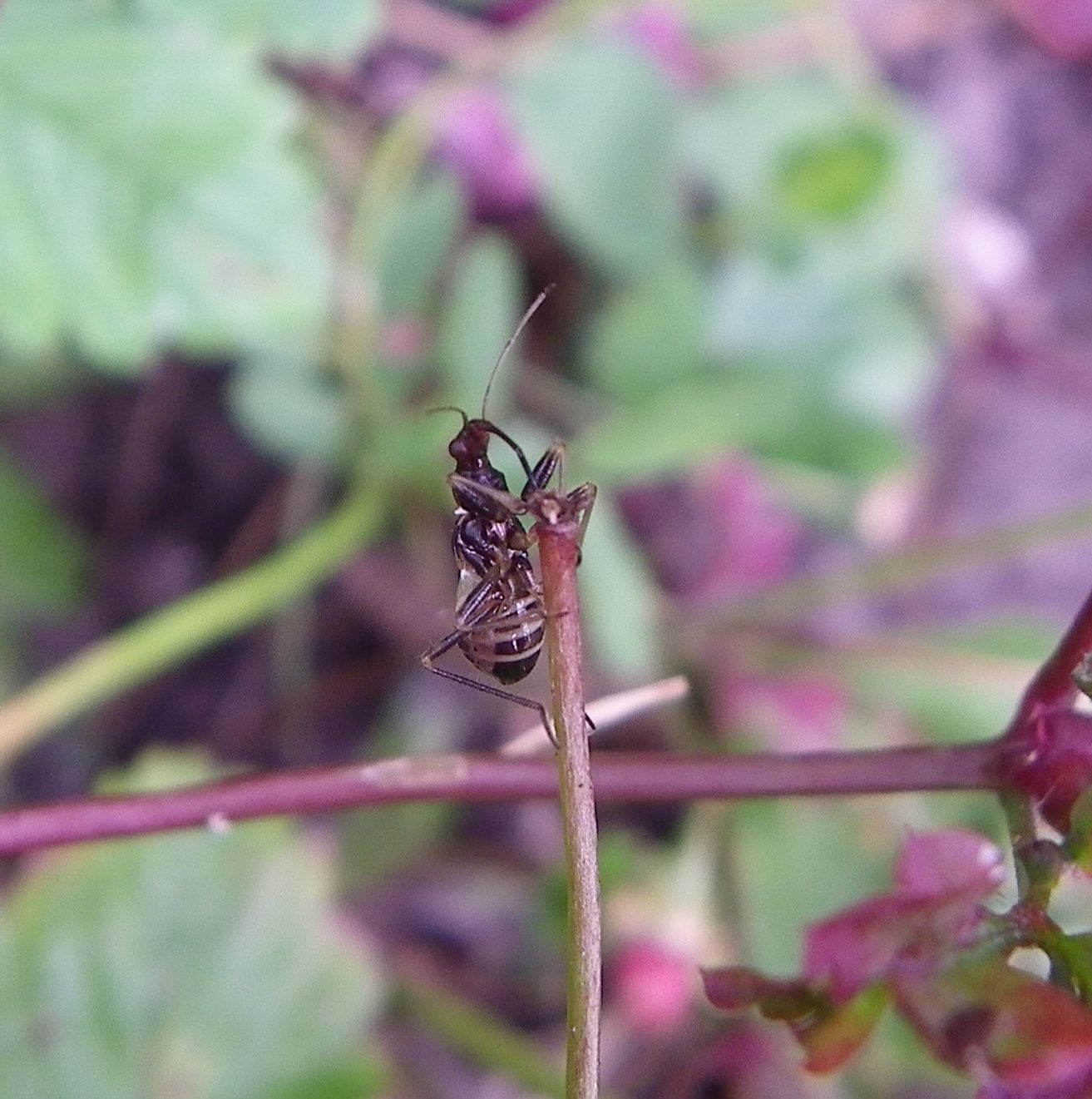 From reader A. M. Cournoyer sent an inaugural photo:

Antilocapra americana [pronghorns] seen in Bryce Canyon while cycling in the park.

Remember that pronghorns are not antelopes, and their closest living relatives are giraffes and okapis. 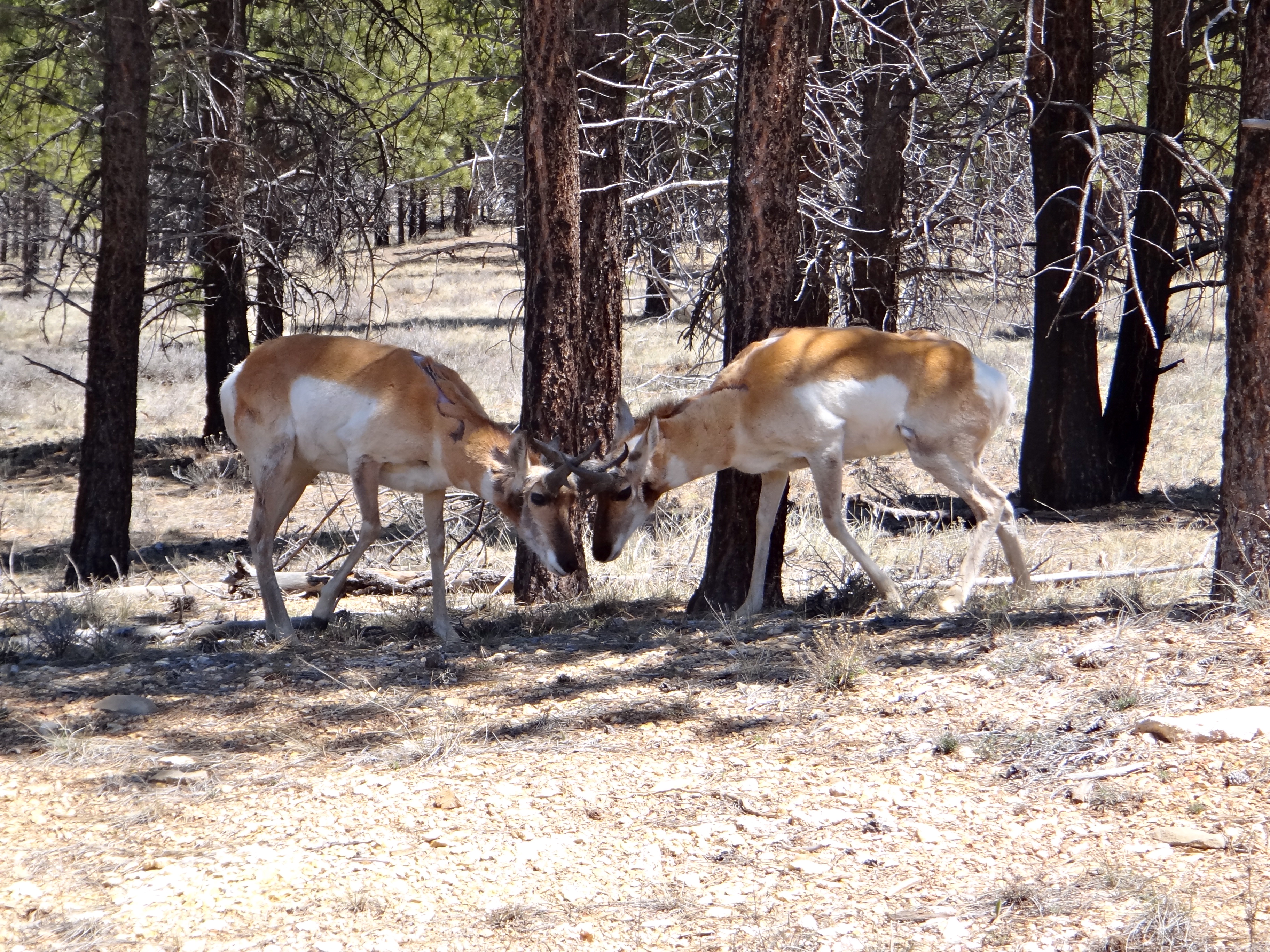