This is a palliative to the Christian nonsense of the last video. This one’s an NPR video—on a channel run by “Skunkbear”—that tells us about ancient huge animals—and in rhyme.

You can see all the creatures together here. I’m fascinated by the “megapenguin,” which was taller than most humans, and you can read about it at the Guardian. A graphic from their piece: 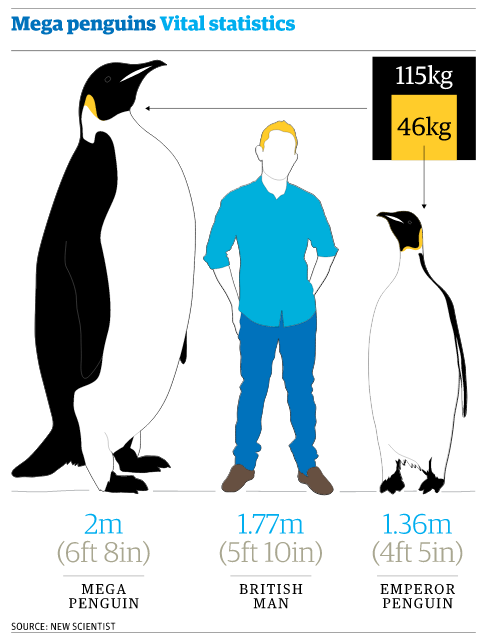