I think we’ve been suffering from a dearth of beetles around here. Fortunately, reader Mike McDowell has fixed that issue, sending eight lovely photos of tiger beetles and adding that “All were photographed at various locations in Wisconsin during May and July.”

First, a word about the group from that unimpeachable source (until Greg writes his post about why it’s not unimpeachable), Wikipedia:

Tiger beetles are a large group of beetles known for their aggressive predatory habits and running speed. The fastest species of tiger beetle can run at a speed of 9 km/h (5.6 mph), or about 53.87 body lengths per second. As of 2005, about 2,600 species and subspecies were known, with the richest diversity in the Oriental (Indo-Malayan) region, followed by the Neotropics.

In other words, the fastest ones can walk nearly twice as fast as you do! 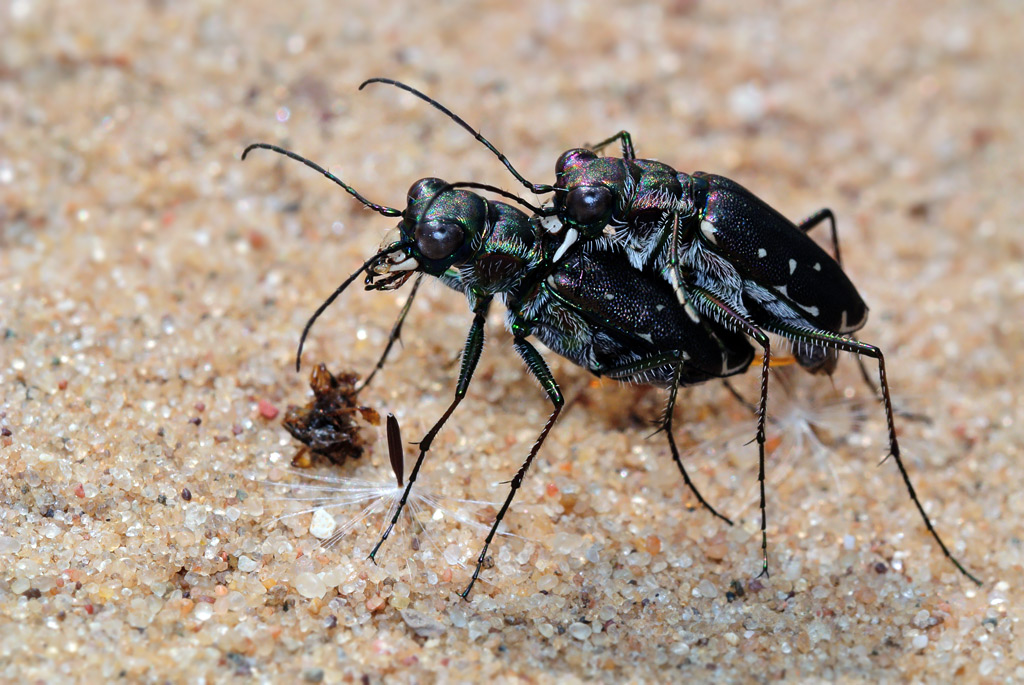 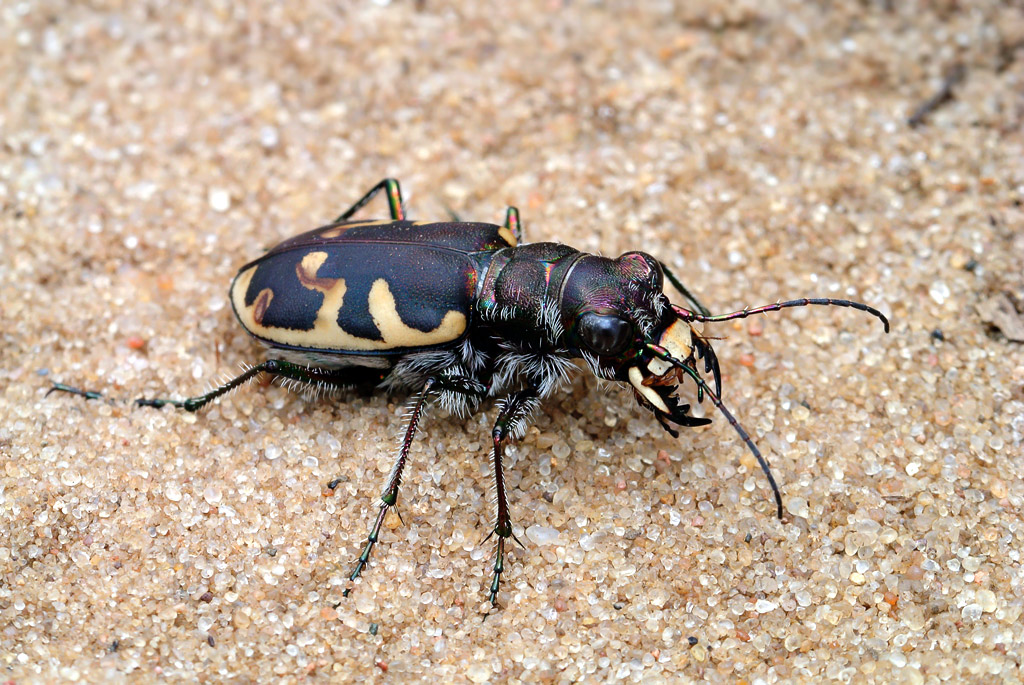 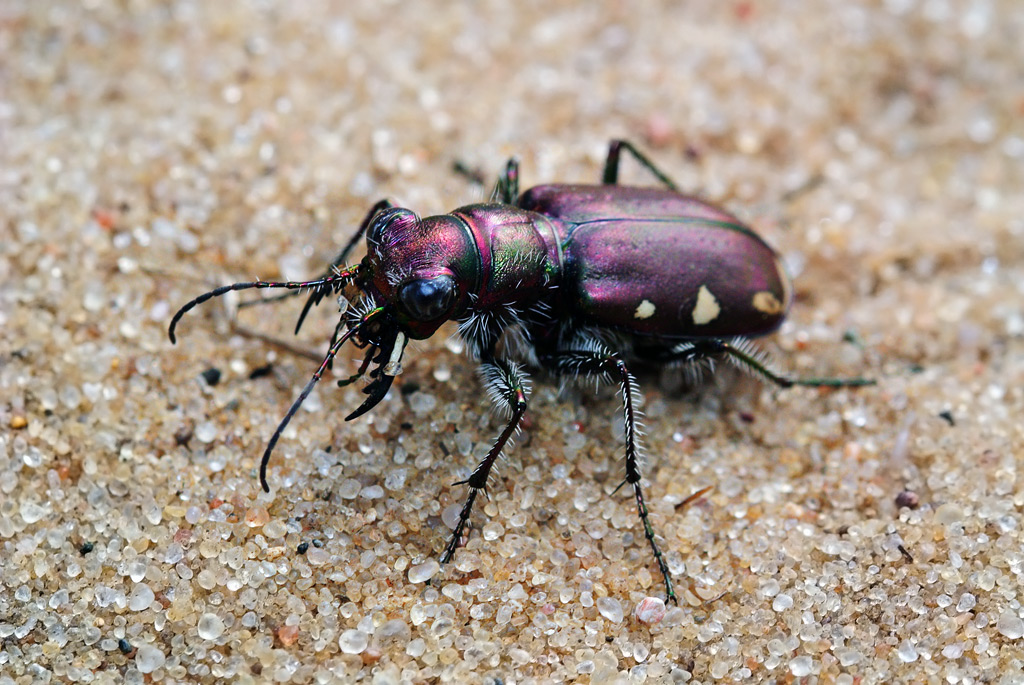 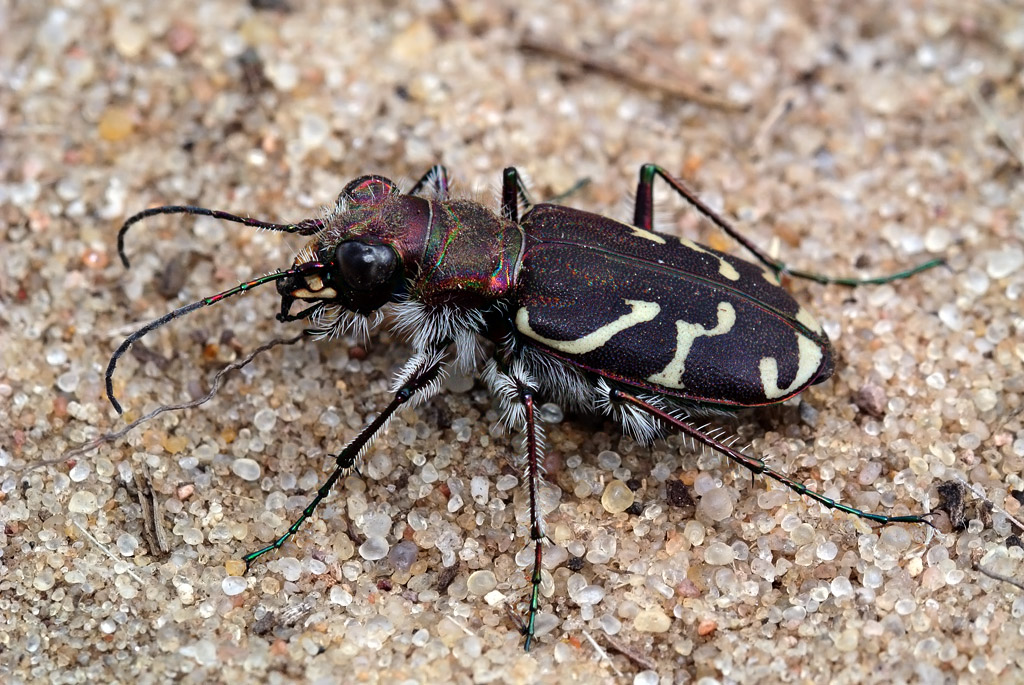 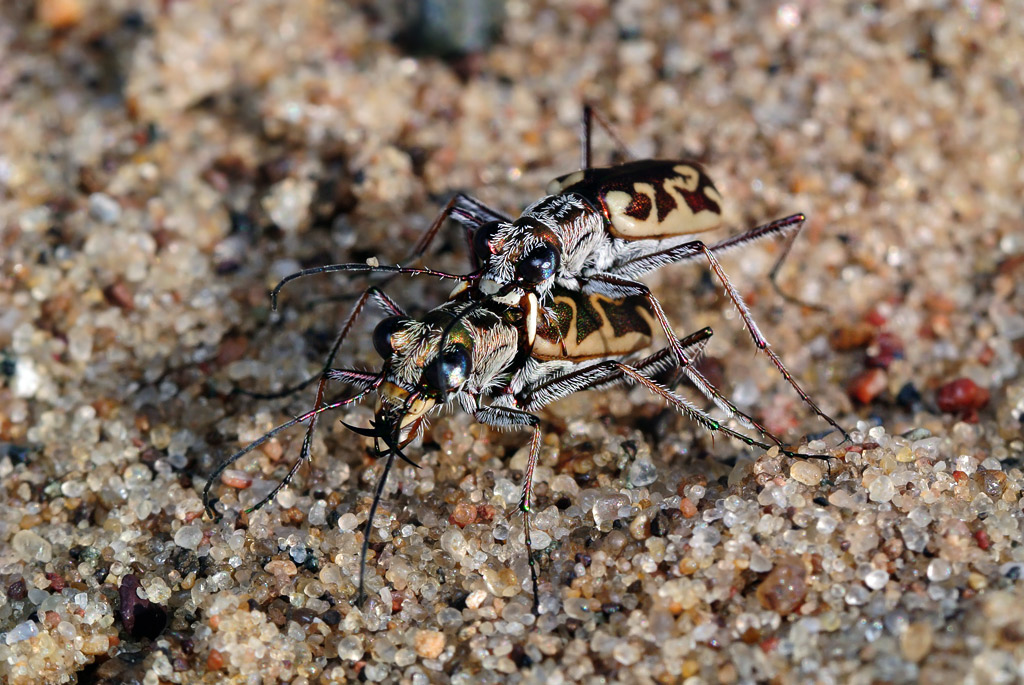 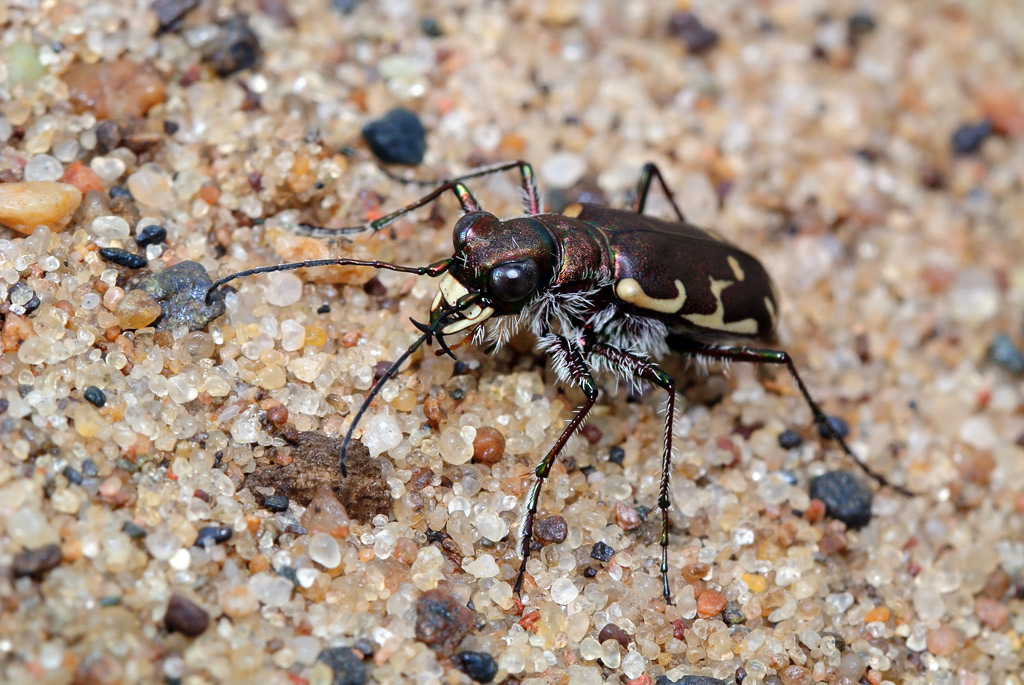 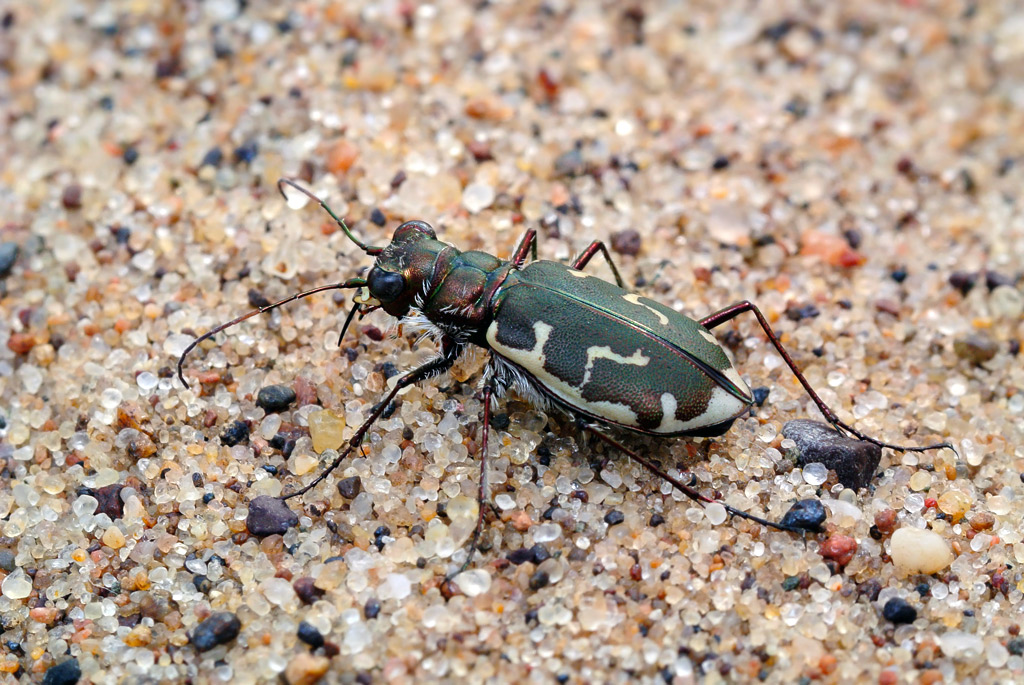 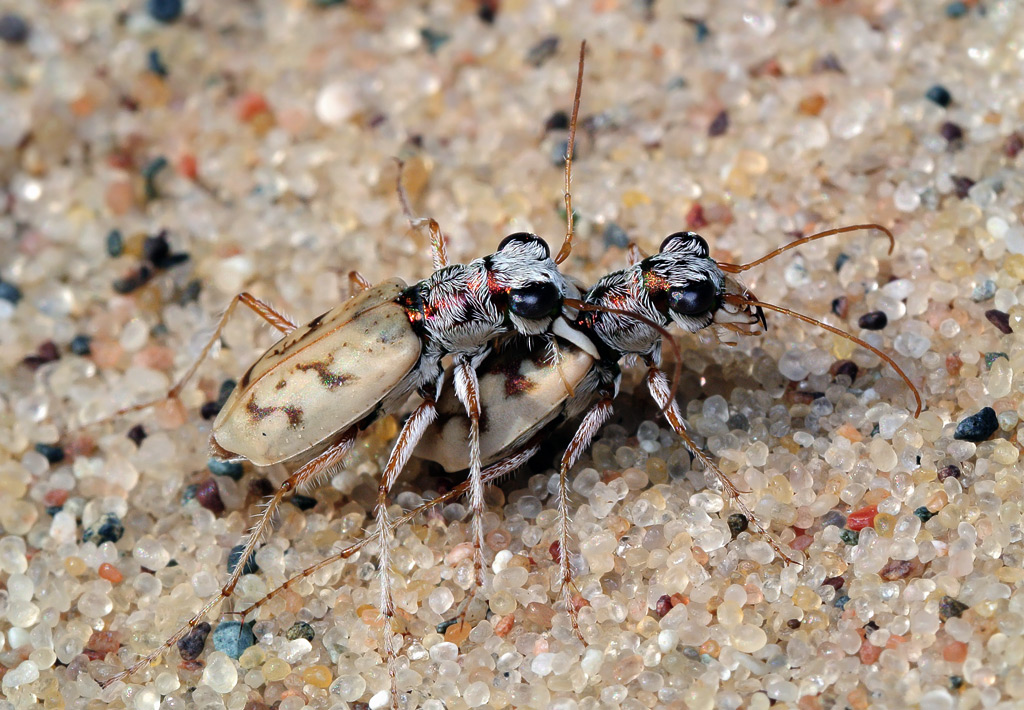