Where do the right-wing news channels dig up people (some of them black) who claim that the killing of 9 black people in a South Carolima church was due not to racism, but to animus against Christianity? After all, the white killer, Dylann Storm Roof, had a history of racism, explicitly said that he wanted to kill black people, and proclaimed that he was getting revenge for black men raping “our women”.  We have, of course, encountered left-wing resistance to accepting people’s stated motives for violence, but now the Right is doing the same thing.

Fox News is apparently good at digging up people to pin the murder on hatred of Christianity. Here’s a clip from last night’s The Nightly Show‘s Larry Wilmore that not only mocks that view, à la Jon Stewart, but also segues into a thoughtful discussion of the motives behind the murder. Click on the screenshot to see it. 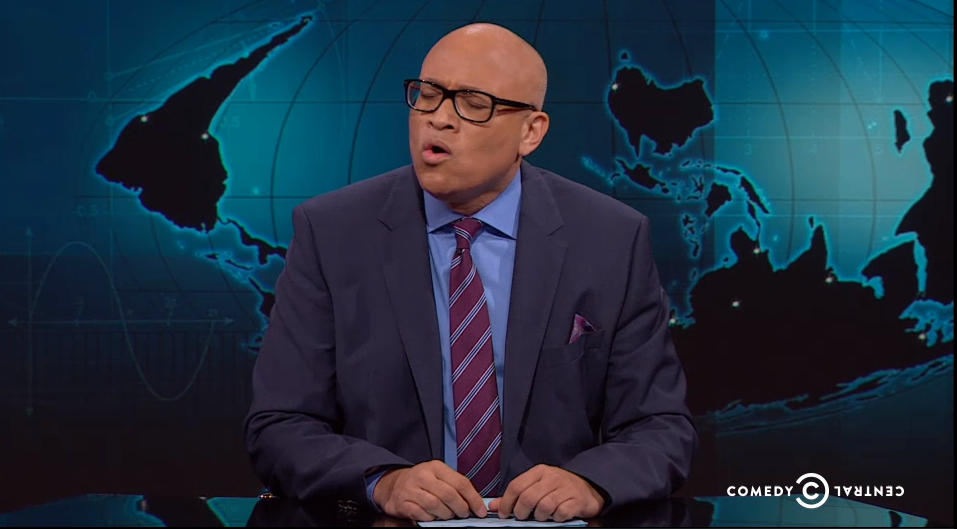