I trust that many of you are following Atlantic correspondent Jeffrey Tayler’s continuing series of antitheist articles in Salon, which appear every Sunday. The latest involves the Chief Justice of Alabama’s Supreme Court, the odious and hyperreligious Roy Moore. We’ve encountered this clown before (see here and here, for instance), a man who once installed a stone monument to the Ten Commandments in the court lobby. (It was deemed a violation of the First Amendment and was removed, as was Moore himself from the Court, though he was subsequently reelected by Alabama’s benighted voters.)

Moore also gained more recent infamy by defying a federal court order mandating that his state issue licenses for gay marriage. The matter is still in limbo, with the licenses suspended pending a ruling by the U.S. Supreme Court.

Tayler’s piece, “As dangerous as Thomas and Scalia: Meet the right-wing religious zealout who’d rather follow the Bible than the law,” takes as its starting point Moore’s repeated claim that the law of the Bible is above the law of his state and country, a view instantiated in this statement Moore made to CNN:

“Our rights contained in the Bill of Rights do not come from the Constitution, they come from God.”

Moore also made this completely garbled statement before the conservative Family Research Council last week, a statement that Tayer translates as “doing what the Bible says makes you happy.” Have a gander at this—from a state Supreme Court Chief Justice (granted, it’s Alabama)!

“It’s laws of God, for He is so intimately connected, so inseparably interwoven the laws of eternal justice with the happiness of each individual that the latter cannot be obtained but by observing the former, and if the formerly be punctually abated it cannot help but induce the latter. You can’t help but be happy if you follow God’s law and if you follow God’s law, you can’t help but be happy. We need to learn our law.”

Then Tayler takes Moore apart simply by recounting the “laws” mandated by God in the Old Testament. Many of these odious, genocidal, and misogynistic dictates we already know, but it’s worth reviewing them. At the end, Tayler takes up the question about why Moore gets any respect at all, and emits a peroration worthy of Mencken (my emphasis):

So how is it that Chief Justice Moore suffers no opprobrium for saying that you “can’t help but be happy if you follow God’s law?”

Because we commit a sort of secular sin of omission and let him, either out of mistaken notions of politesse or the erroneous belief that criticizing religion as ideology equates with insulting someone personally. This has to stop. Every time we encounter faith-deranged individuals spouting supernatural nonsensicalities, we should request explanations and evidence. We might also cite the above-noted biblical passages and ask how they possibly square with modern life in a developed country. If they say those parts don’t apply nowadays, ask them which verses in the Bible permit them to so pick and choose. By steady, patient questioning, you will expose faith for what it is: finely crafted garbage.

We should not suffer evangelical fools gladly or allow them to determine the boundaries of discourse. We should take to heart the key maxim of British philosopher and mathematician William K. Clifford: “It is wrong, always, everywhere, and for anyone, to believe anything upon insufficient evidence.” We should point out that we have no problem with privately held religious beliefs, but we will protest and object to any attempt to impose such beliefs or restrictions deriving thereof on us or others.

Resist. You have a world of hard-won rights and secular sanity to preserve, and everything to lose.

By the way, I’ve just finished Tayler’s short e-book, Topless Jihadis: Inside FEMEN, the World’s Most Provocative Activist Group (you can read a free precis in the Atlantic here), and I recommend it highly. You may be familiar with FEMEN as the group of largely Ukrainian women who stage loud and public “incidents”, usually involving the baring of breasts. What you may not know is the courage and deeply-considered ideology of these women, and their profound resistance to religion on grounds of its misogyny and homophobia. (“Fuck your morals” is one of their mottos.) Although FEMEN is in bad odor among many Western feminists simply because of the breast-baring, which of course garners attention, if you share that opinion you may well change your mind after reading Tayler’s book.

This is Inna Shevchenko, the head of FEMEN. She’s demonstrating topless and is wearing the characteristic floral crown taken from Ukrainian folk dress. 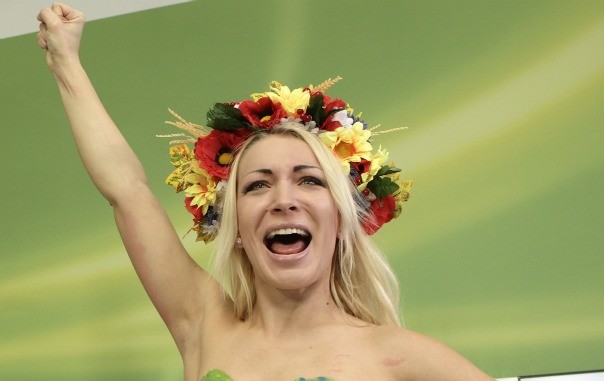 A sympathetic artist portrayed Inna as “Marianne,” the symbol of the French revolution, and submitted the design in a competition for a French postage stamp. The stamp won, and after it was adopted the artist revealed the model. Many French people were incensed. Inna’s response?

“FEMEN is on French stamp. Now all homophobes, extremists, fascists will have to lick my ass when they want to send a letter.” 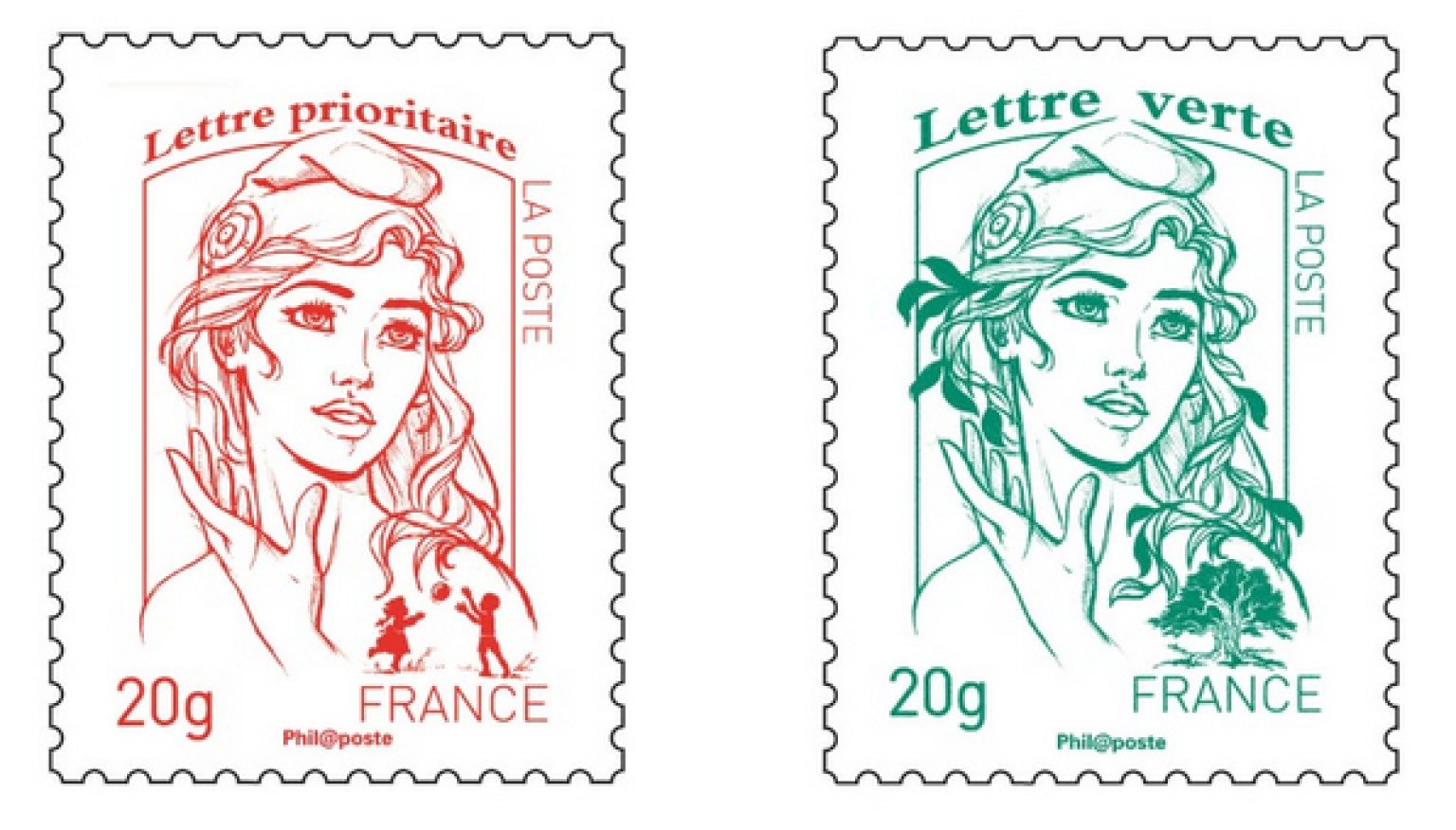 36 thoughts on “Brother Tayler’s Sunday Sermon in Salon, and lagniappe”