The unidentified leucistic bird in the photos sent by my Wind Point correspondent have generated a lot of interesting discussion (as well as a heart-rending tale from one of our regular commenters). Most of the debate has been grackle vs. cowbird. When I first saw one of the pictures (the third of those I posted), I thought it was a crow, but zooming out showed it was much smaller. My correspondent had suggested cowbird, and that was my suspicion too, due to the brown ‘hood’. But as several readers pointed out, the bill is not conical and finch-like like a cowbirds. I should also say the native habitat is deciduous forest– sugar maple, basswood– with prairie/savanna not far off, but far from the more coniferous northern forests of Wisconsin, which makes something like a gray jay highly improbable on distributional grounds.

Several readers have commented on the enlargement and jpeg artifacts interfering with deciphering. I’ll ask my correspondent if he has the original files in a more lossless format, but in the meantime here are the pictures not enlarged, which may aid in identifying the bird. The size of the bird is easier to judge with more context, and, in the third picture, you can see that it was in company with a grackle. (My correspondent thought the other bird was a starling, but the light mark near the head is not its bill; IIRC, he had other photos that when we checked showed it was a grackle. The presence of the grackle might lean one toward the leucistic bird being a grackle, but icterids often occur in mixed species flocks. 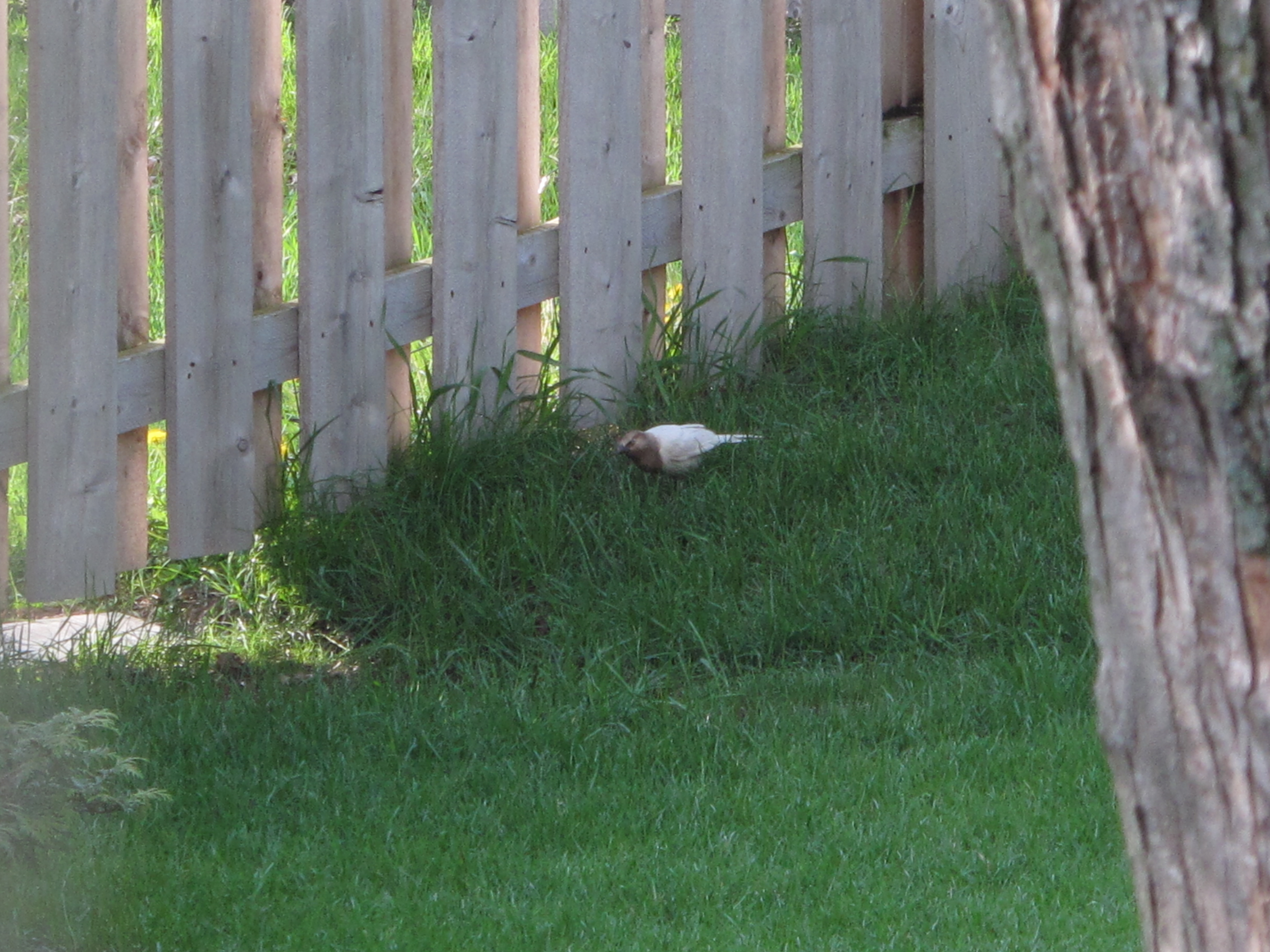 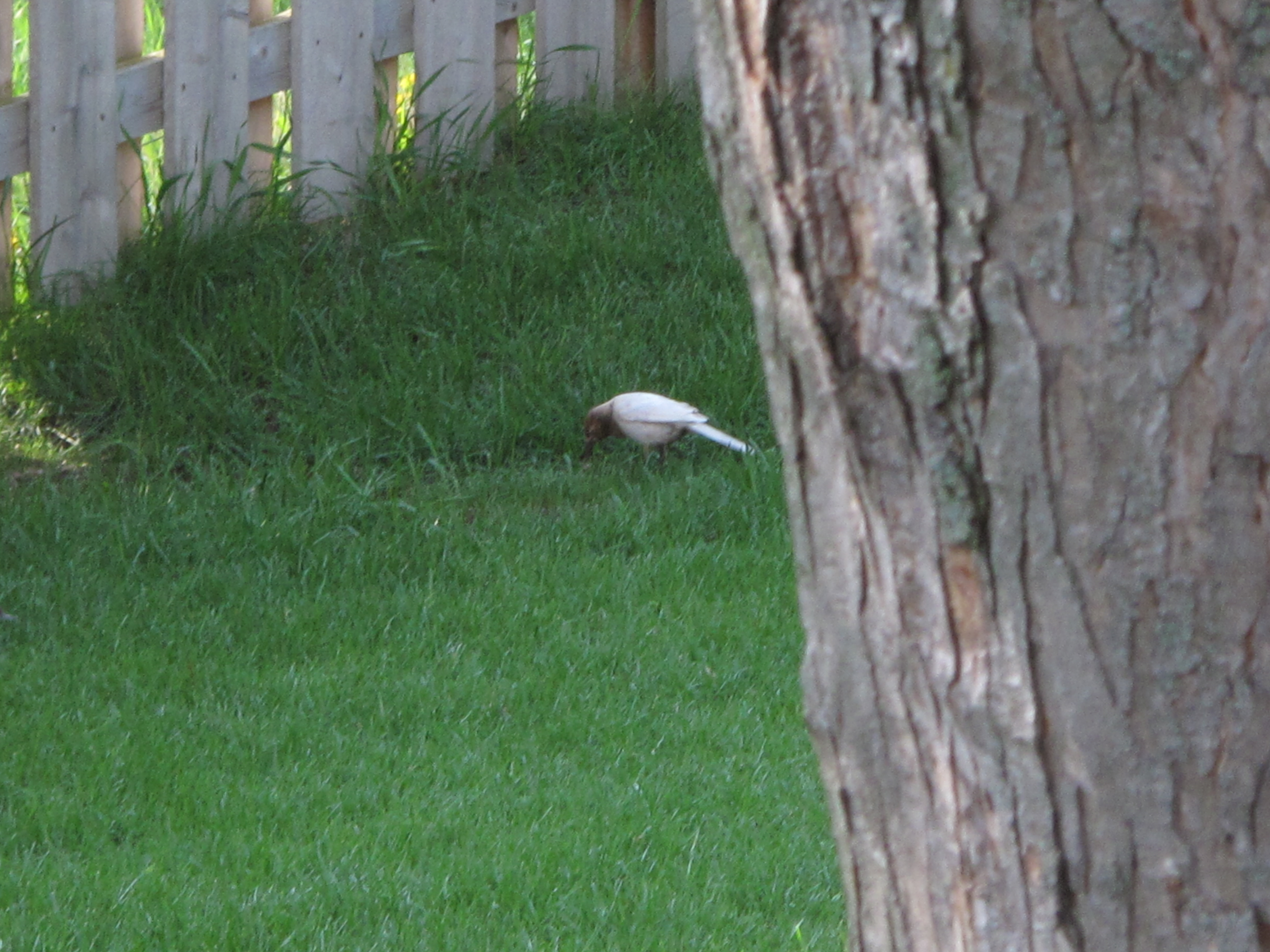 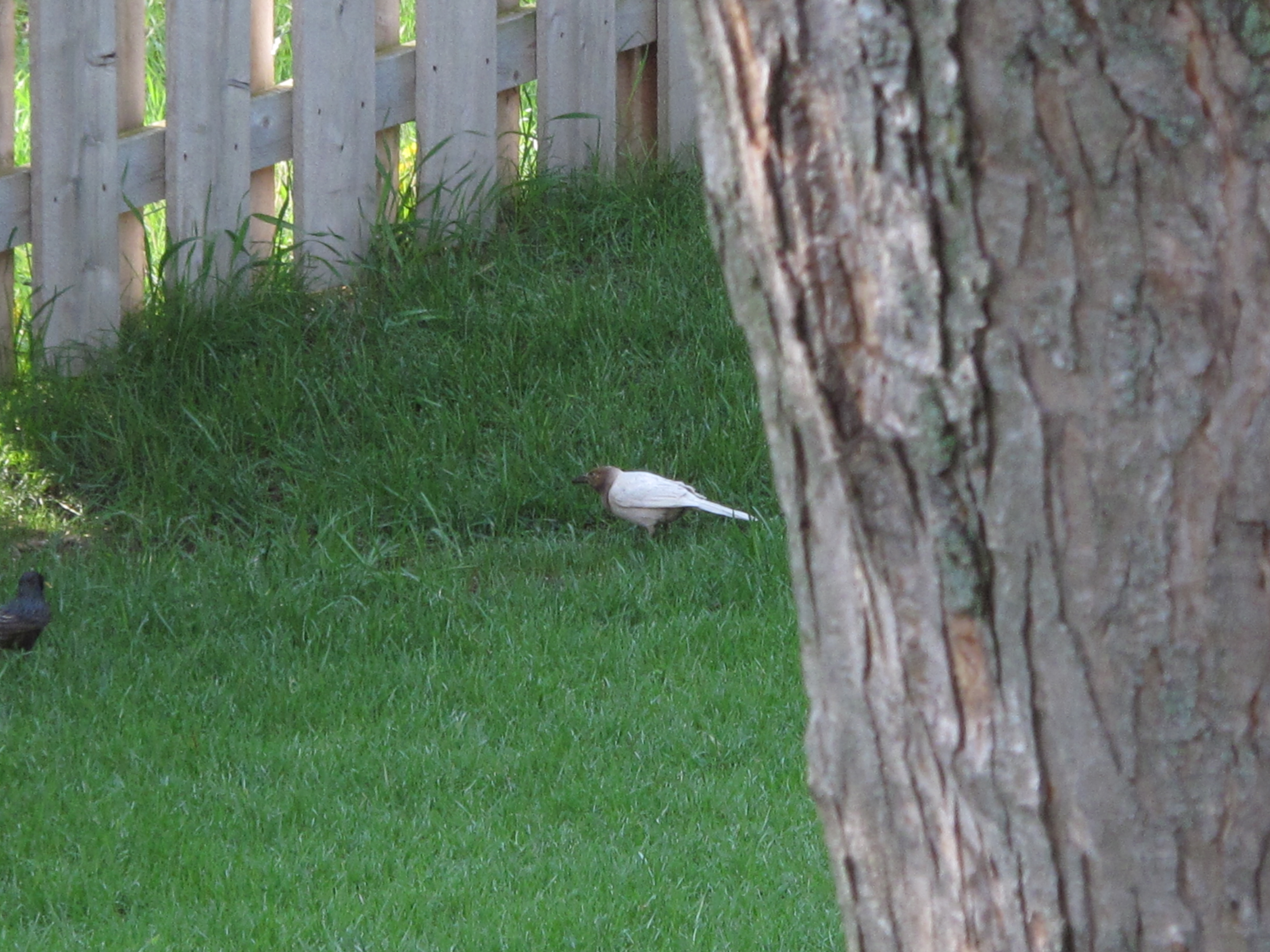 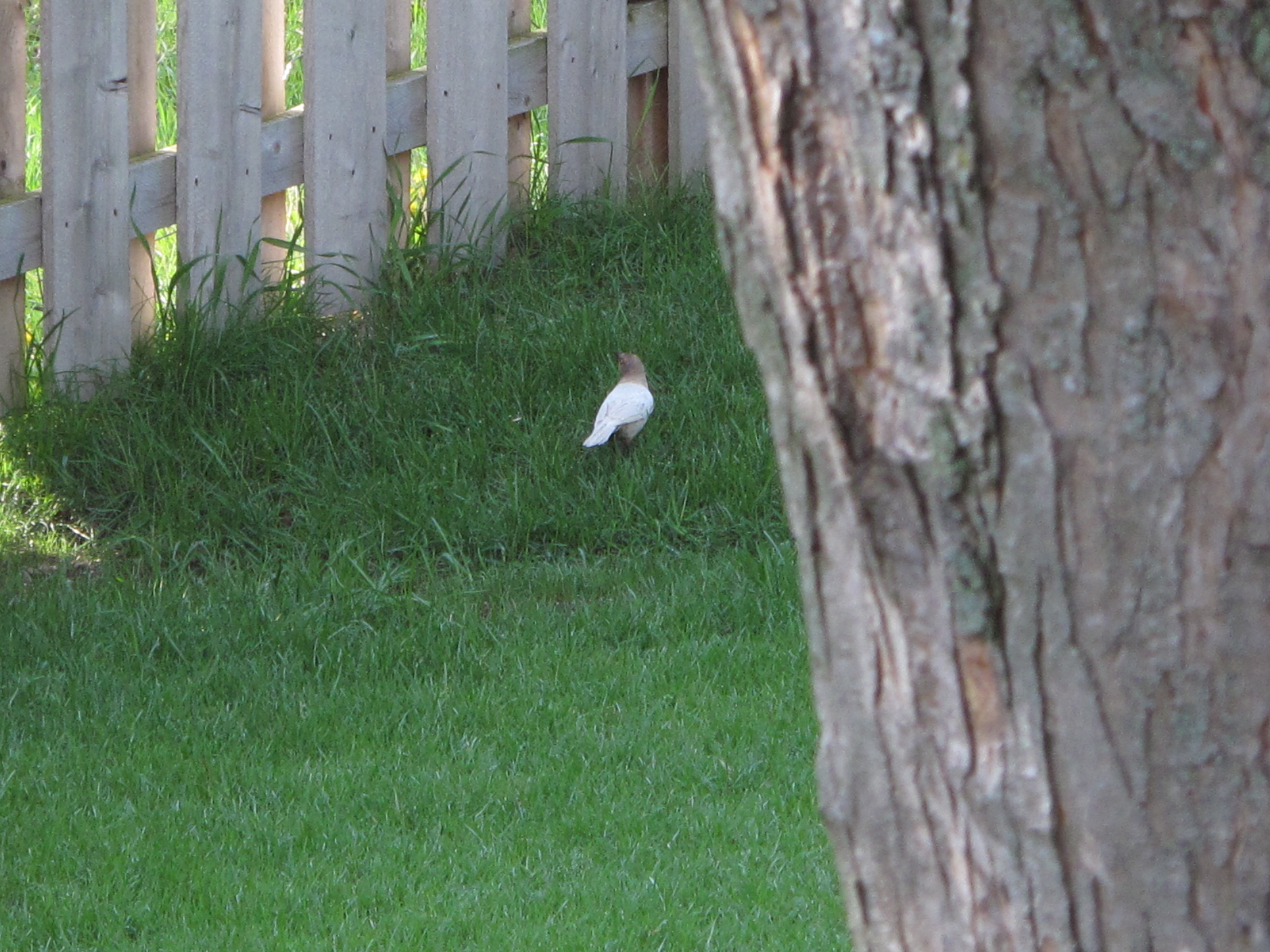 I’ll add some bird photos sent by three readers. From Stephen Barnard, who seems to see every U.S. bird in Idaho, we have a pair of American white pelicans (Pelecanus erythrorhynchos), which are in fact known to breed in parts of the state:

This is a mated pair. The males grow a weird “horn” on their beaks during breeding season. These are very large birds and voracious fish eaters, so I chase them away from the creek whenever I see them. 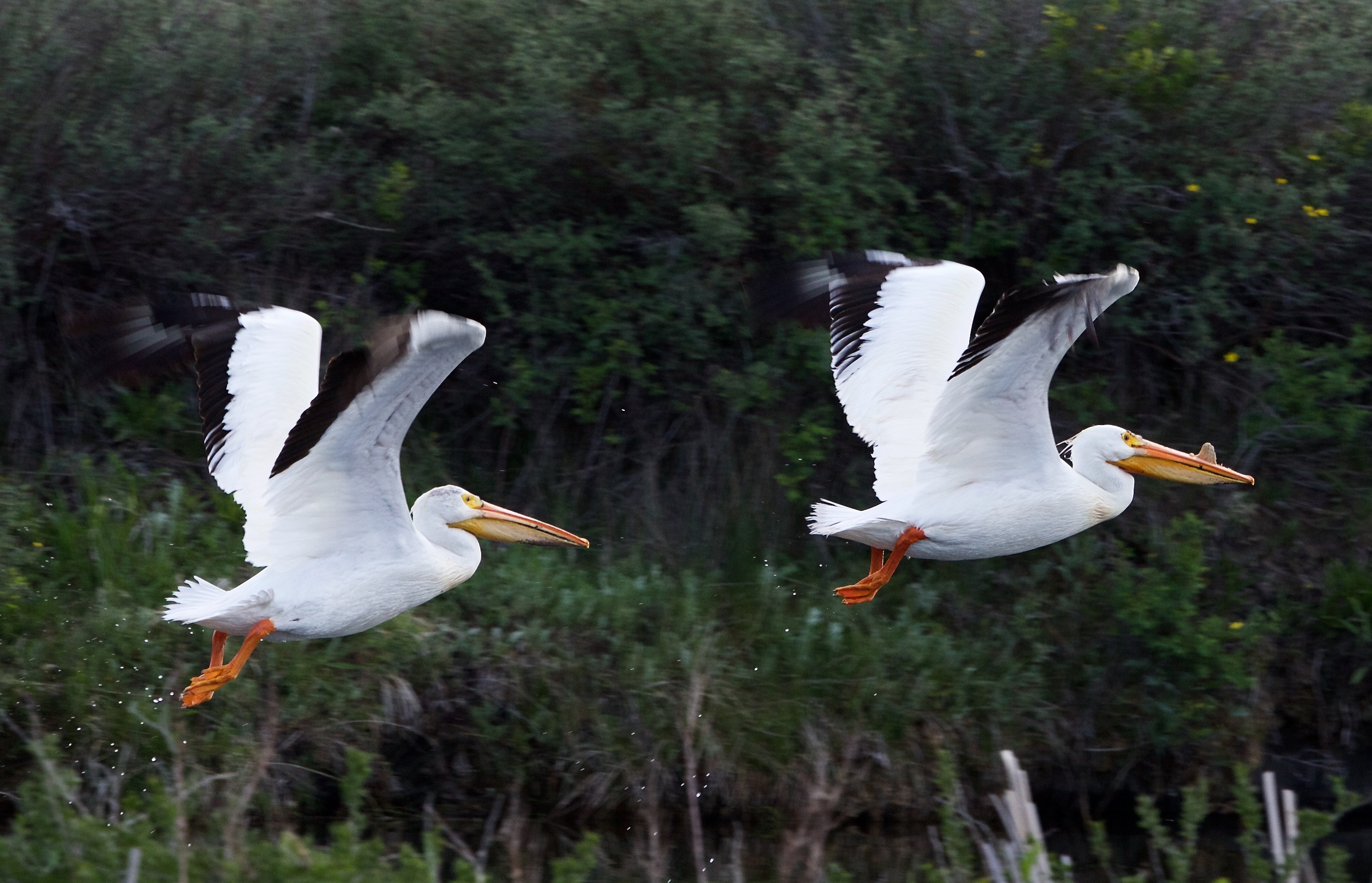 And some photos from England by reader Mal Morrison:

A few photos taken over the last couple of days on Roborough Down, which is land between Plymouth and Dartmoor in Devon. The first couple is of a Linnet (Carduelis cannabina). The next is, I think, a Corn Bunting (Miliaria calandra) although I’m open to correction not having seen one before. The last is a Meadow Pipit (Anthus pratensis) with its breakfast. 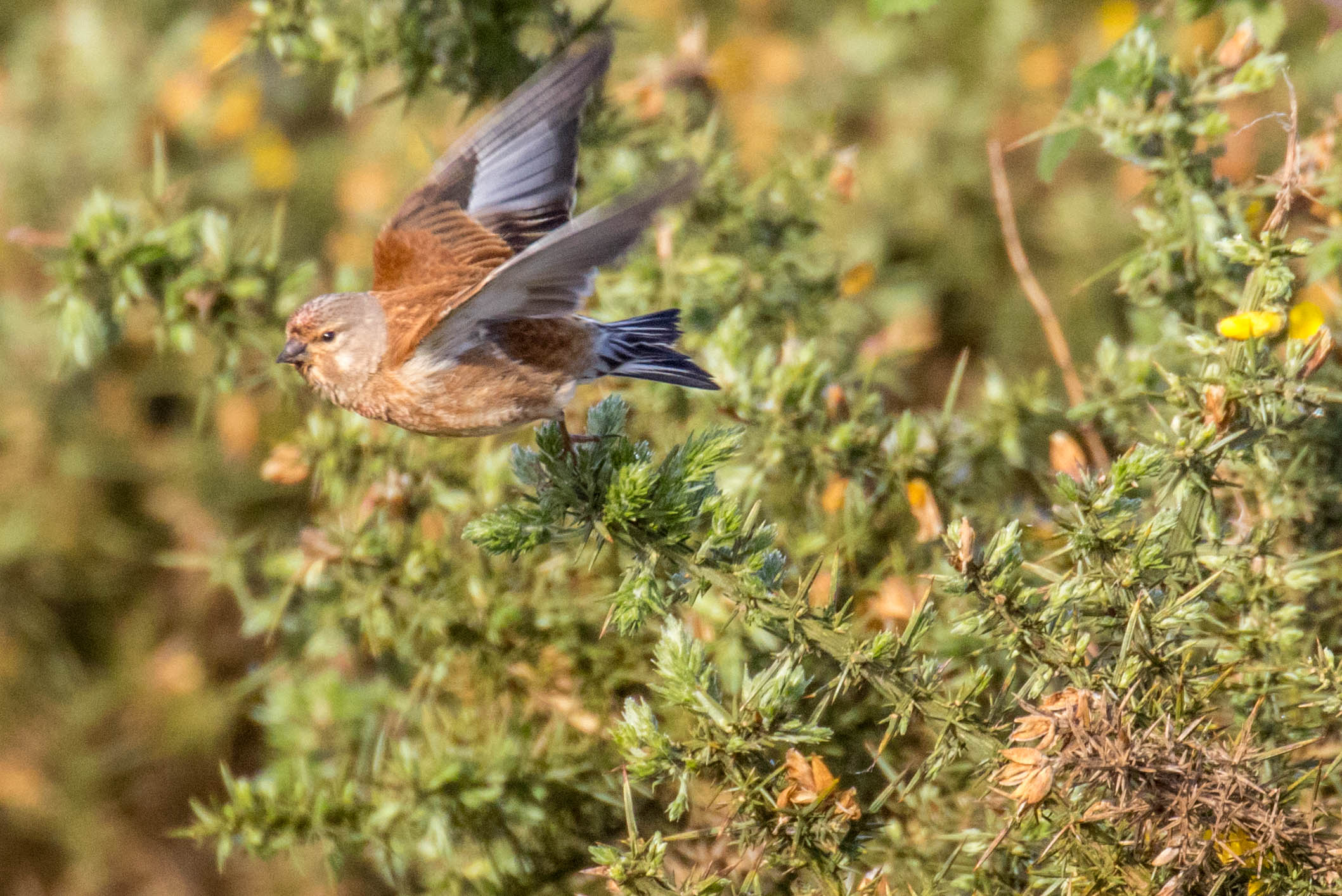 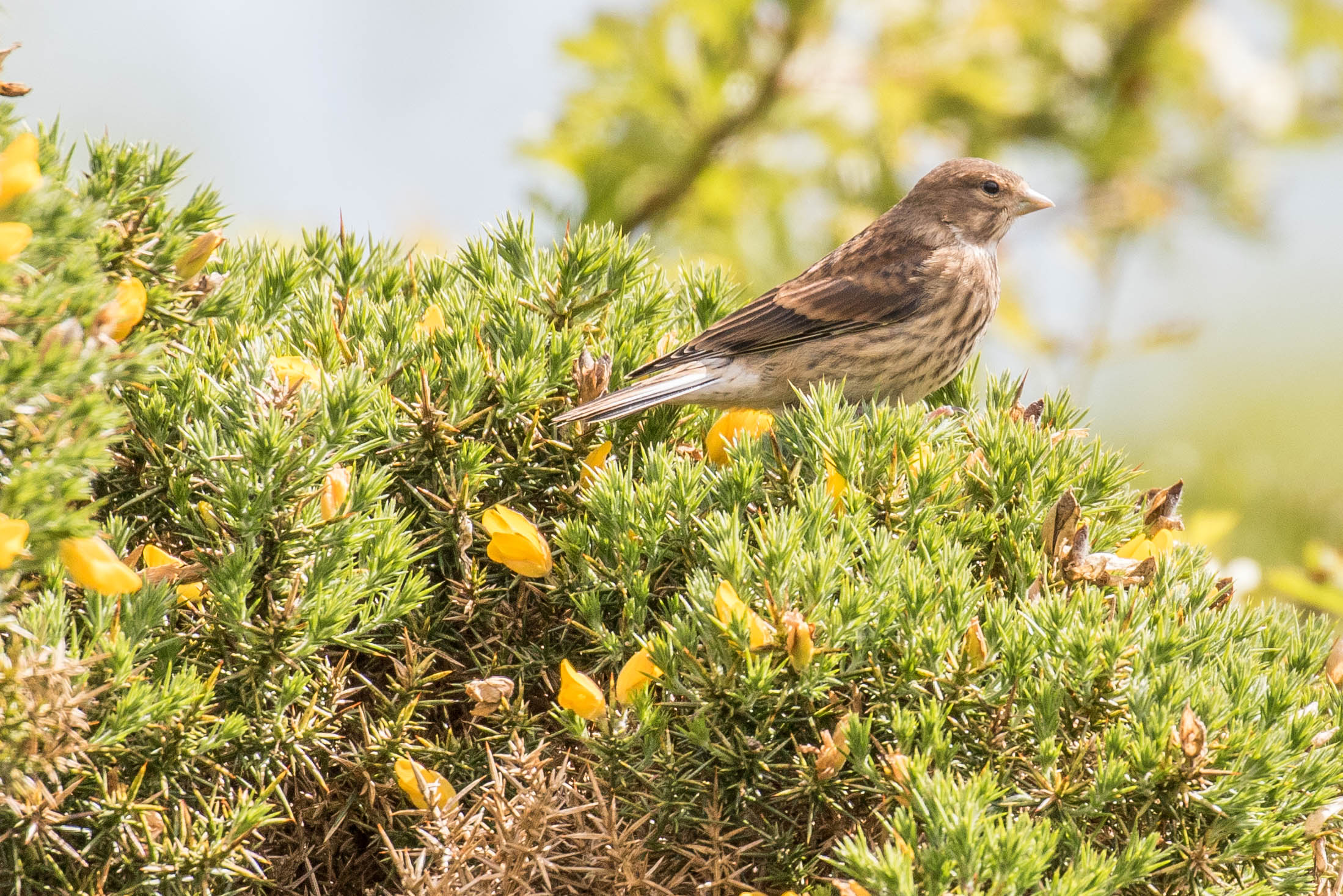 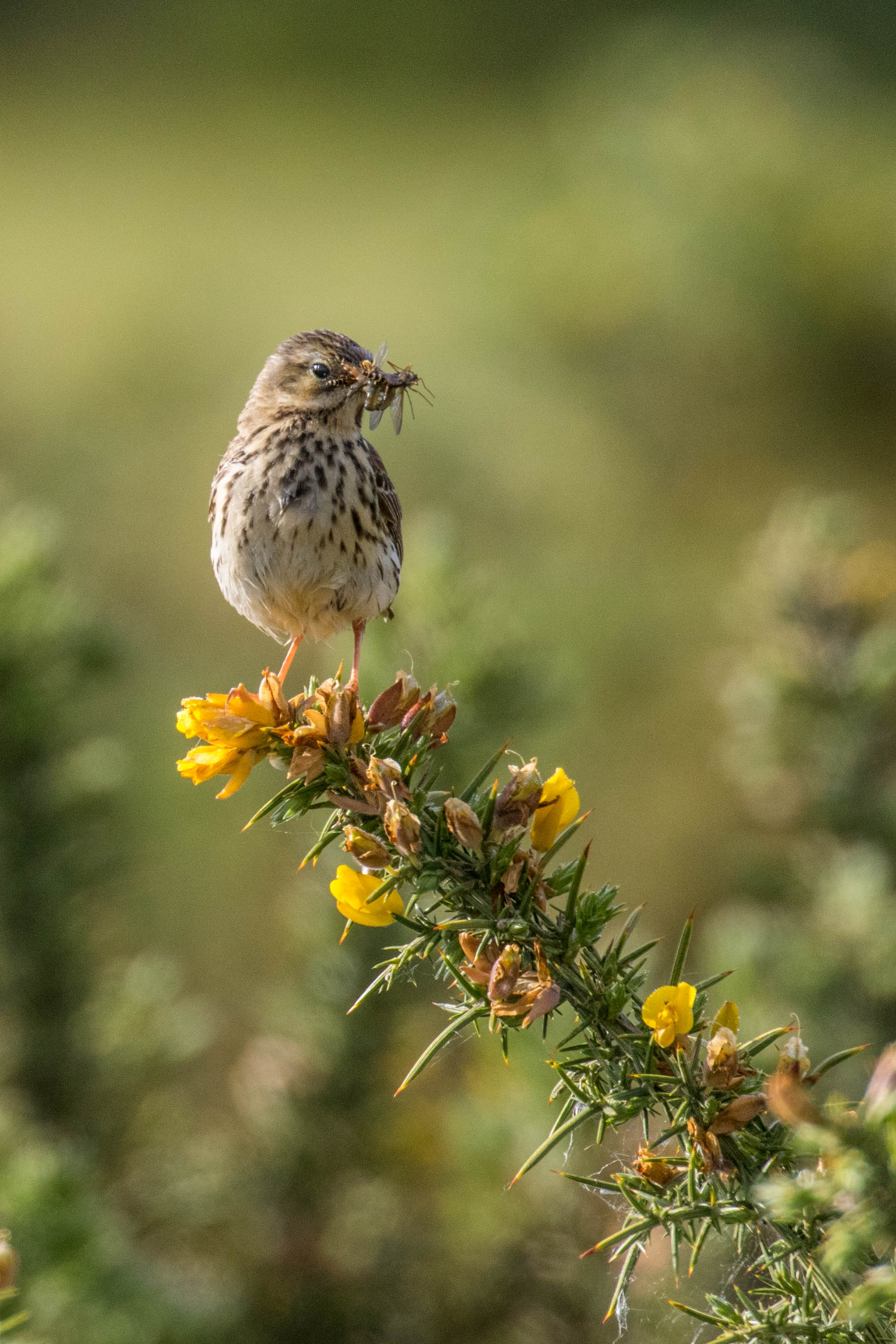 And, in Diana MacPherson’s part of Canada, the male (but not the female) hummingbirds have arrived from the south: 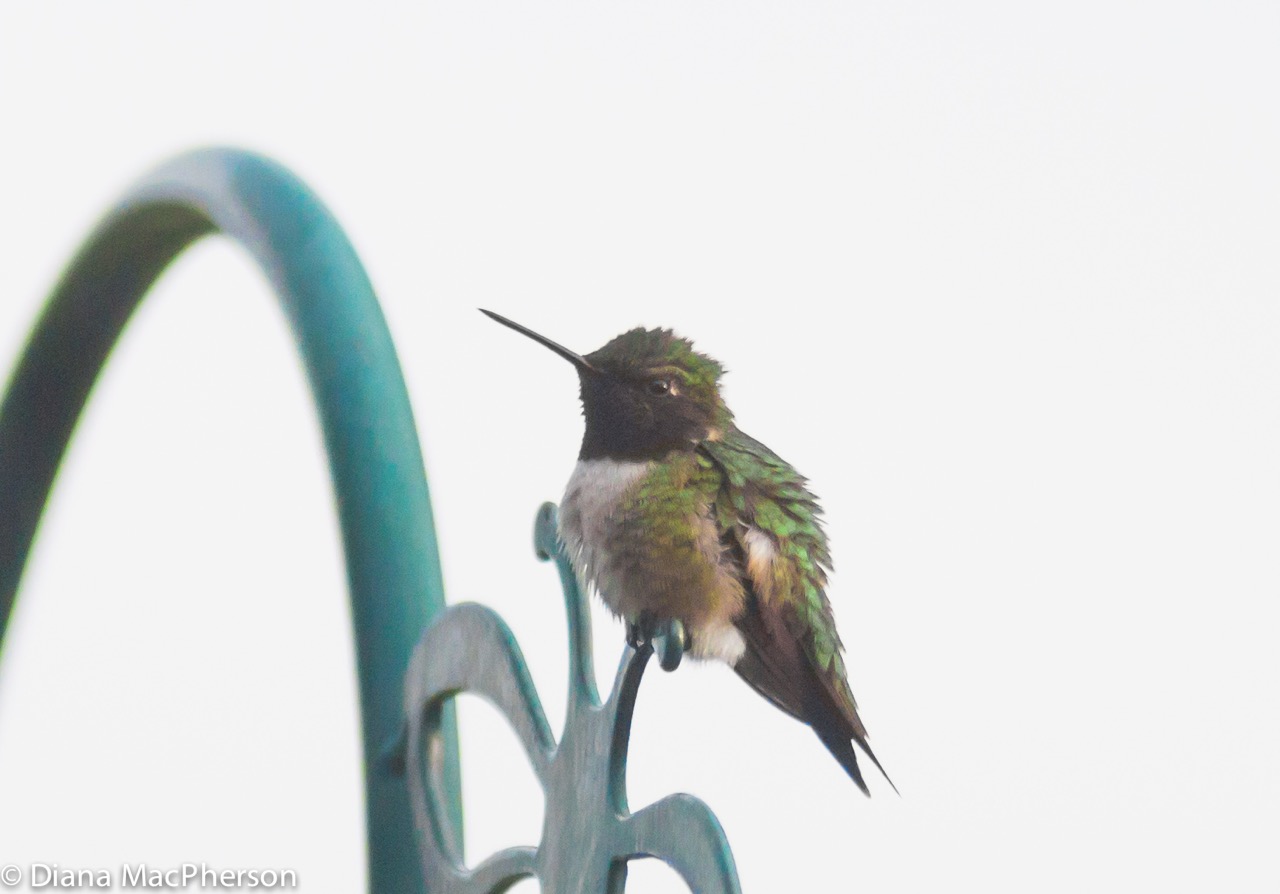 26 thoughts on “More about that bird (and readers’ wildlife photographs)”