I believe the book talk went well last night, though there were lots of questions from apparently miffed people, including one rabbi who said I needed to learn more about Judaism! (He didn’t tell me how my knowledge was deficient with respect to the thesis of my book.) I believe Jason Rosenhouse, who was kind enough to make the long trek to my talk from his Virginia digs, will write a report on his website about my talk, which I will link to in lieu of writing one myself. I also met several readers of this website I hadn’t known (lurkers, I think), one of whom informed me that she thought I was mean to Cyrus in these dialogues, and that I should respect the d*g more! Well, in Dobrzyn the d*g and the cat are playing Greek philosophers in the orchard, and this is a cute picture.

Oh, and lots of people said “Maru” and demanded that I draw a cat in their book. They must read this site, or have acquired the secret word in samizdat.

Hili: Are there still any genuine peripatetics in the world?
Cyrus: Probably just the two of us. 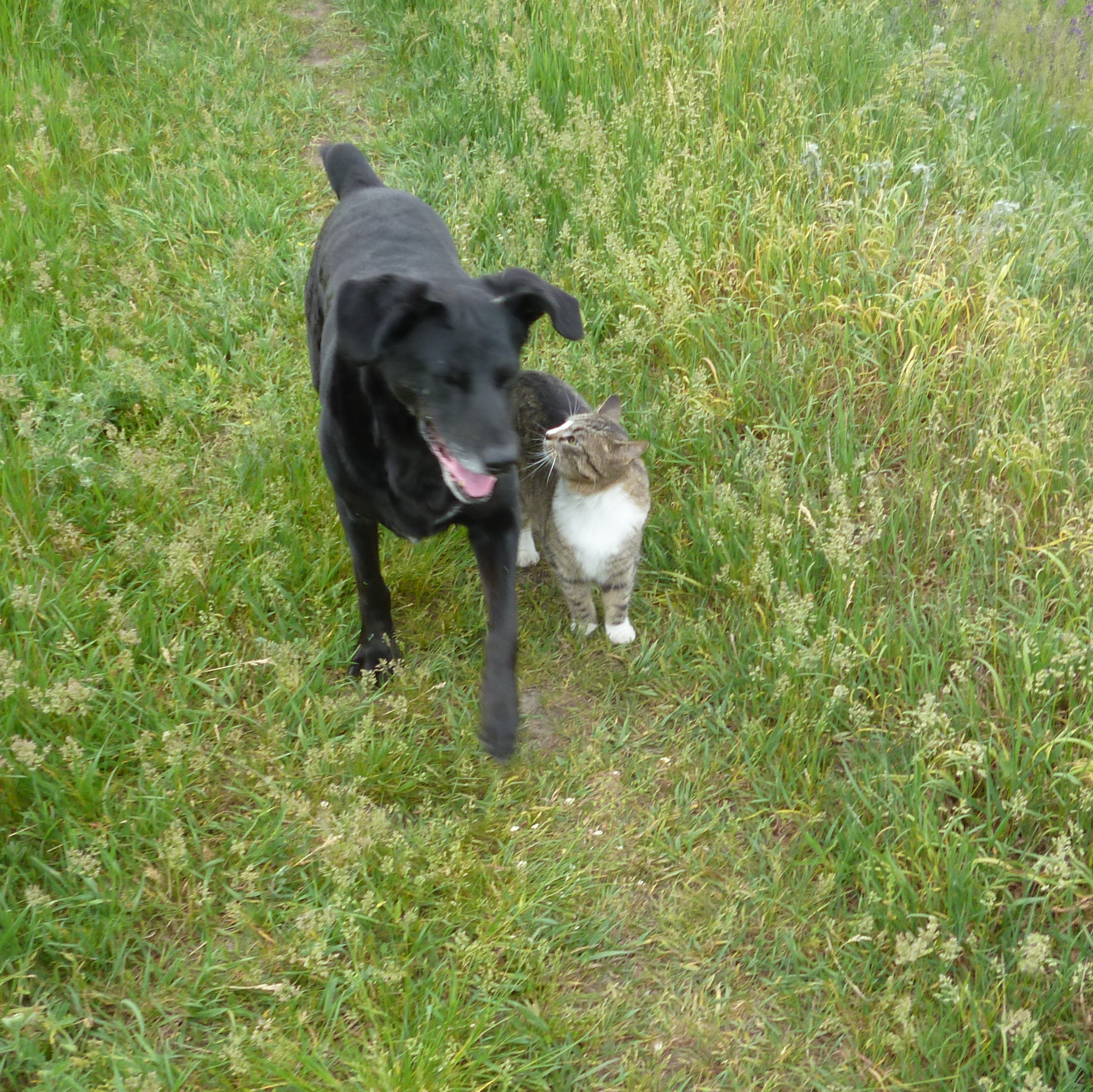