Here’s a sad photograph from Piotr Naskrecki’s Facebook page, which you should join as it’s chock full of great photographs. This is one he took in Mozambique. It’s also worth following his website, The Smaller Majority.

You think you have problems? Imagine that you have to live with a chicken-sized, blood-sucking parasite attached to your head. This poor Miniopterus bat that we caught during the biodiversity survey of Gorongosa National Park has to endure living with a wingless fly Penicillidia, which never leaves its body and loves to hang out on the top of its head. 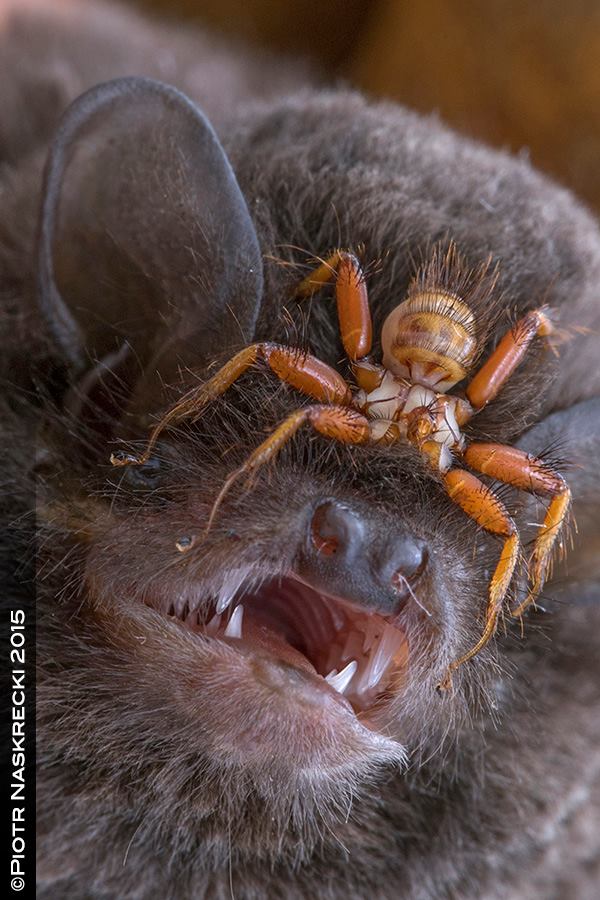 Note that that is a fly! Matthew, a connoisseur of odd flies, will be over the moon.

I hope Piotr removed the fly, but I don’t know.

102 thoughts on “You think YOU have problems?”