Last March I posted about what may turn out to be the most famous natural-history photograph of all time. It’s this one, taken by Martin Le-May in Hornchurch Country Park, and shows a stunning encounter between a European green woodpecker (Picus viridis) and a weasel who tried to jump it, probably a least weasel (Musetla nivalis). The woodpecker did escape, by the way (see an update here). 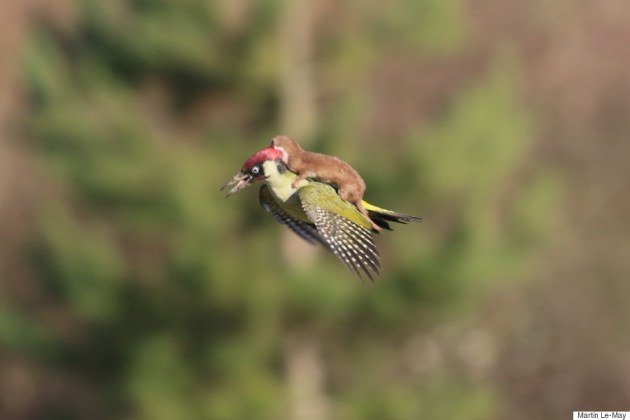 Despite all the naysayers who pronounced the photo a fake (see my earlier post), it did turn out to be real. And now Hornchurch Country Park, a former RAF base, has a sign commemorating the photo! This tw**t from Ravenstone Press was sent to me by Matthew Cobb: 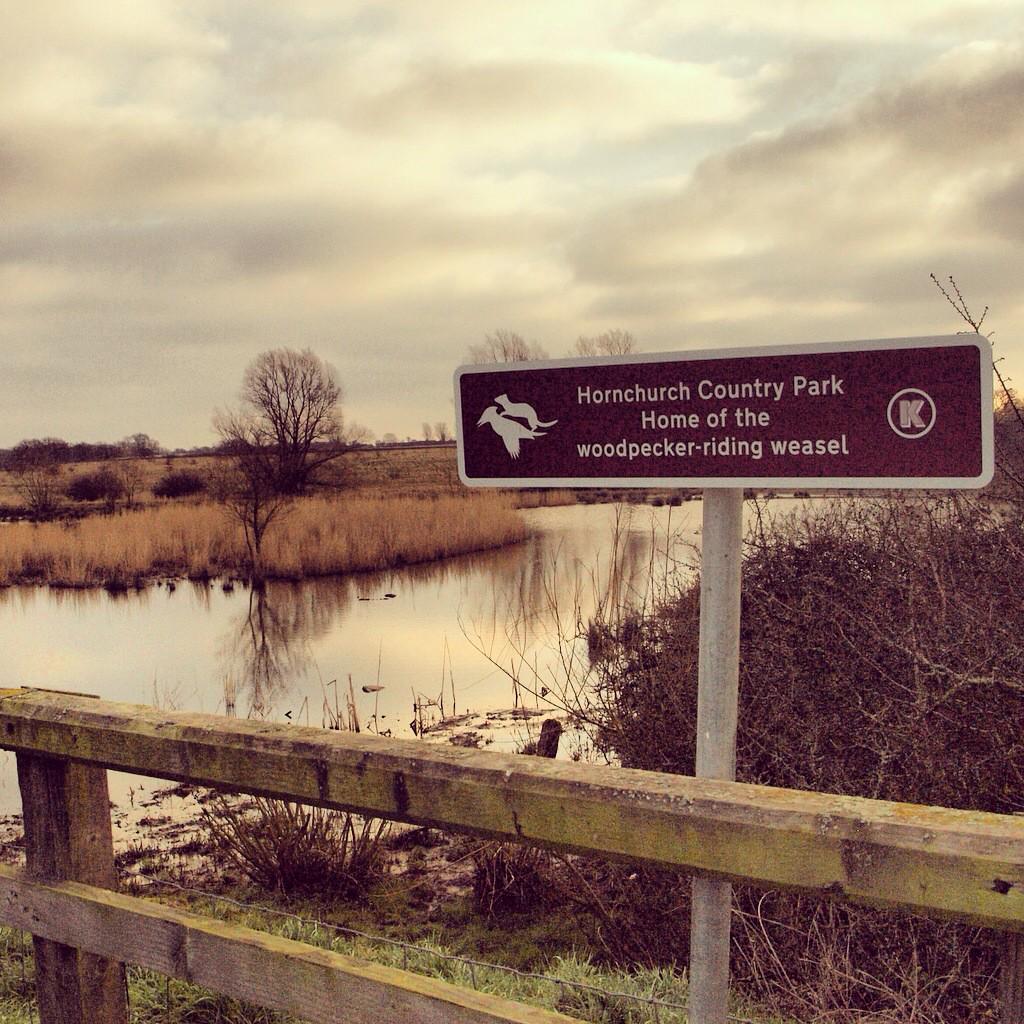 28 thoughts on “The woodpecker-riding weasel gets its own sign”