Here’s a short scientific report (yesterday’s didn’t inspire much enthusiasm)—short because much of the paleontology is beyond my expertise, as the paper consists largely of describing features I’m not familiar with. But this new paper in Nature by Min Wang et al. (link and reference below) is quite important, for it describes what appears to be the earliest true bird: two specimens of a species found in China in the early Cretaceous (130.7 million year old). And it pushes the origin of the ancestor of modern birds back at least five million years.

Based on its features, this bird, named Archaeornithura meemannae, falls within the group “Ornithuromorpha,” which includes all modern birds and their common ancestor, as well as all the extinct descendants of that ancestor. It can thus be regarded as a “bird,” and its well-preserved plumage suggests that it not only could fly, but was close to the appearance of modern birds.

I’m going to let the readers, some of whom really know this stuff, apprise us all of its further significance, as well as correct any errors I make.

Here is one of the two fossils, showing the plumage and wings. It was about the size of a sparrow. The main slab is to the left, the counter slab to the right (these are the two halves of a “compression fossil” found in sedimentary rock, obtained when you split the rock to get the fossil itself):

Below are the wingbones of the same specimen (aren’t they cool?), and its very birdlike feet:

Finally, the plumage and feet of the second specimen. The preservation is quite amazing:

A few points. First, the “flight” feathers are symmetrical. That used to be a sign that the bird couldn’t fly, as asymmetrical feathers (with the leading edge about half the width of the trailing edge) are present in modern flying birds. But apparently asymmetry is no longer seen as a sign of flightlessness.

Second the bird had a head crest (see reconstruction below).

Third, it had two other features suggesting it could fly. The first is “fan-shaped retrices”, or tail feathers. This shape helps provide lift to a flying bird. It also had an “alula“, also called a “bastard wing”: a group of feathers associated with the mobile first digit of the bird, and present in some modern birds, where it can help the flying animal slow down without stalling.

Here’s a graphic of an alula (in red), and a photo of it extended in action, helping an eagle land (both from Wikipedia). I believe the alula in the eagle picture is the clump of four feathers sticking up on the far wing. 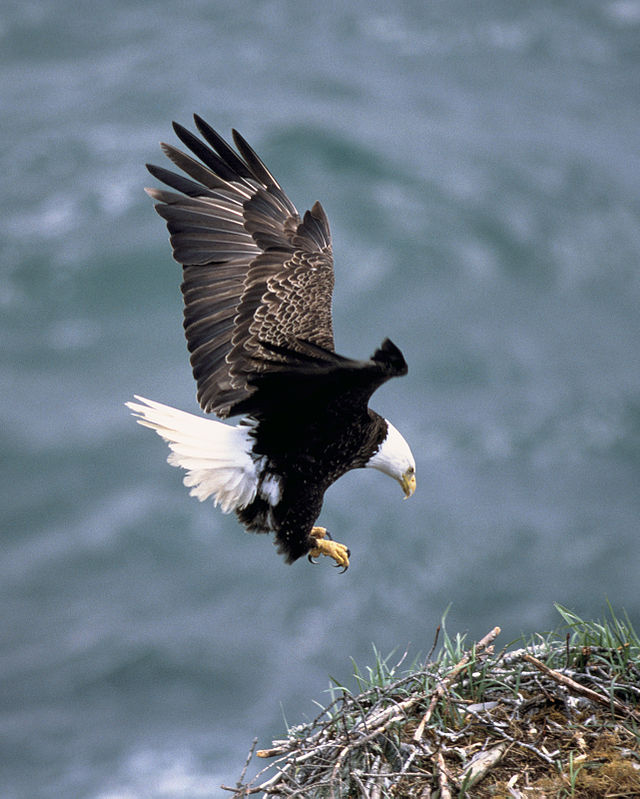 Archaeornithura preserves fairly advanced plumage including a well-developed alula and fan-shaped rectrices (Figs 1 and 4. . ). Both the alula (bastard wing) and a fan- shaped tail are aerodynamically important for living birds during slow flight and increases manoeuvrability.

Finally, here’s a reconstruction of A. meemannae from the Cosmos site. That’s a damn bird!