It’s Friday!  What seat can you take? Mine will be on a Southwest Airlines flight to Greenville/Spartanburg (South Carolina) for a weekend of talks, noms, and schmoozing. Before the day is over I will have seen Snowball the Dancing Cockatoo, and had some nice Southern food.

I’ll be back Sunday afternoon, and until then posting will be light. But I’ll do my best, and maybe Matthew and Greg can kick in. Meanwhile in Dobrzyn, Hili is preening again. She’s such a diva! But she’s also acquired an extra set of stripes:

Hili: Look, I have stripes like a zebra.
A: And you are putting on airs like a peacock. 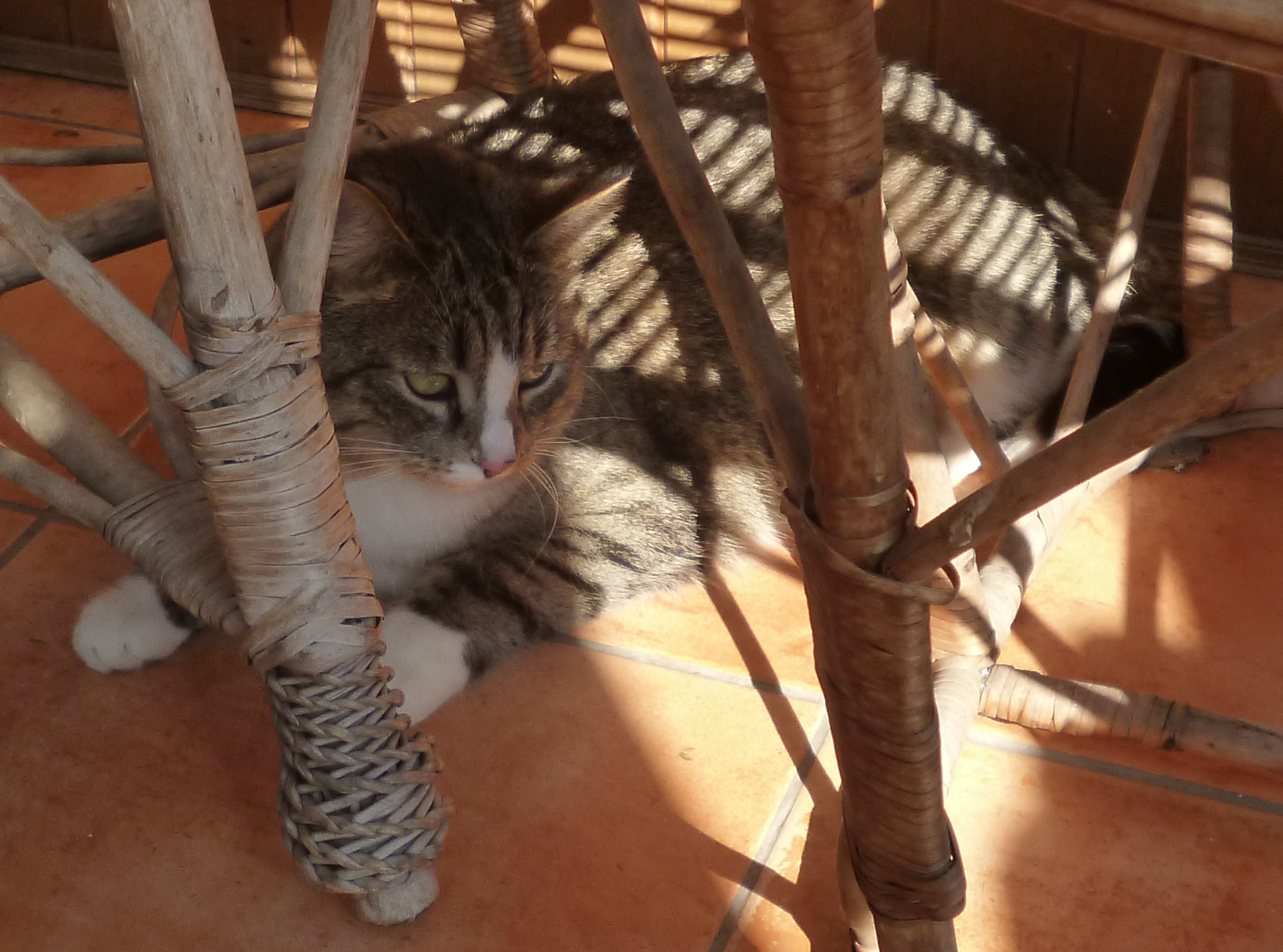