I’m doing a bit of writing work at Harvard, and always make sure on these visits to reconnect with Dick Lewontin, my Ph.D. advisor, and perhaps the most famous evolutionary geneticist of the last generation. Although he’s retired, he still has space at Harvard’s Museum of Comparative Zoology, and, at age 86, he’s in very good nick. In January he (along with Tomoko Ohta) nabbed the famous Crafoord Prize, the evolution/ecology equivalent to the Nobel Prize, likewise awarded by the king of Sweden.

Today Dick, my Harvard host Andrew Berry, and I repaired to the Cambridge Commons for a bibulous lunch (well, Andrew and I had a beer) whose comestibles were okay but not worth displaying. But here’s the Great Man (also known as “Dr. L.” or, when we were his students, “The Boss”) about to dig into vegetarian spring rolls. 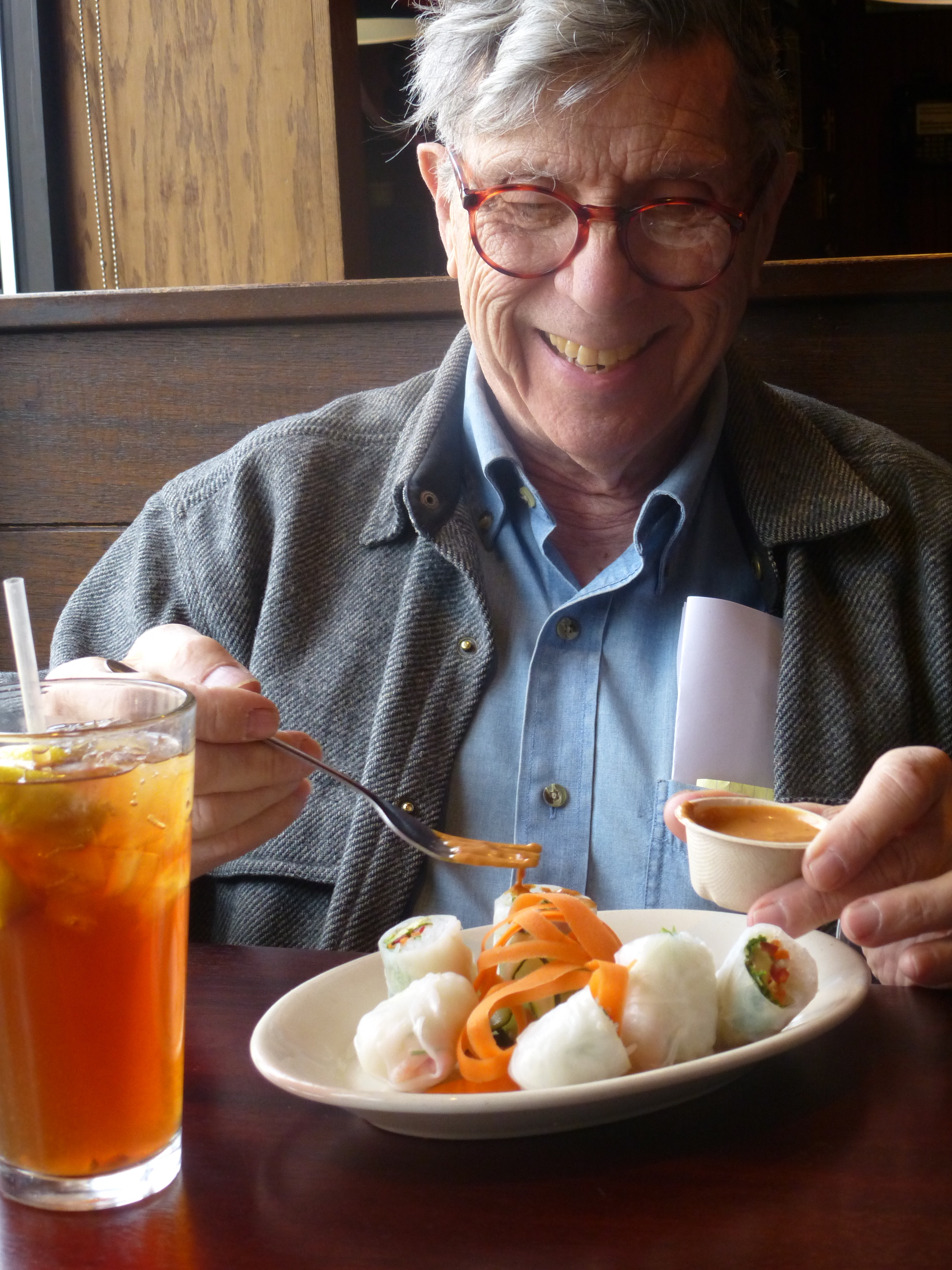 Dick’s office still harbors “The Moose,” an enormous mounted moose head that, when I was a graduate student in 1977, we stole from the MCZ attic and, at great labor, carried over to our lab, where one of the handier students mounted it on the wall. When Dick moved downstairs after retirement, he insisted that the moose go with him. And so it has, where it now sports a jaunty pith helmet.

Dick is pointing to a photograph of me, naked except for a cowboy hat and sneakers, climbing a small hill near Death Valley that we christened “Mount Lewontin” when I was doing field work. Since the mountain was too low to consider it an achievement to climb without oxygen, I climbed without clothing instead. I believe the inscription I wrote on it is, “To my friend and advisor Dick Lewontin, who has always climbed upwards toward the naked truth.” 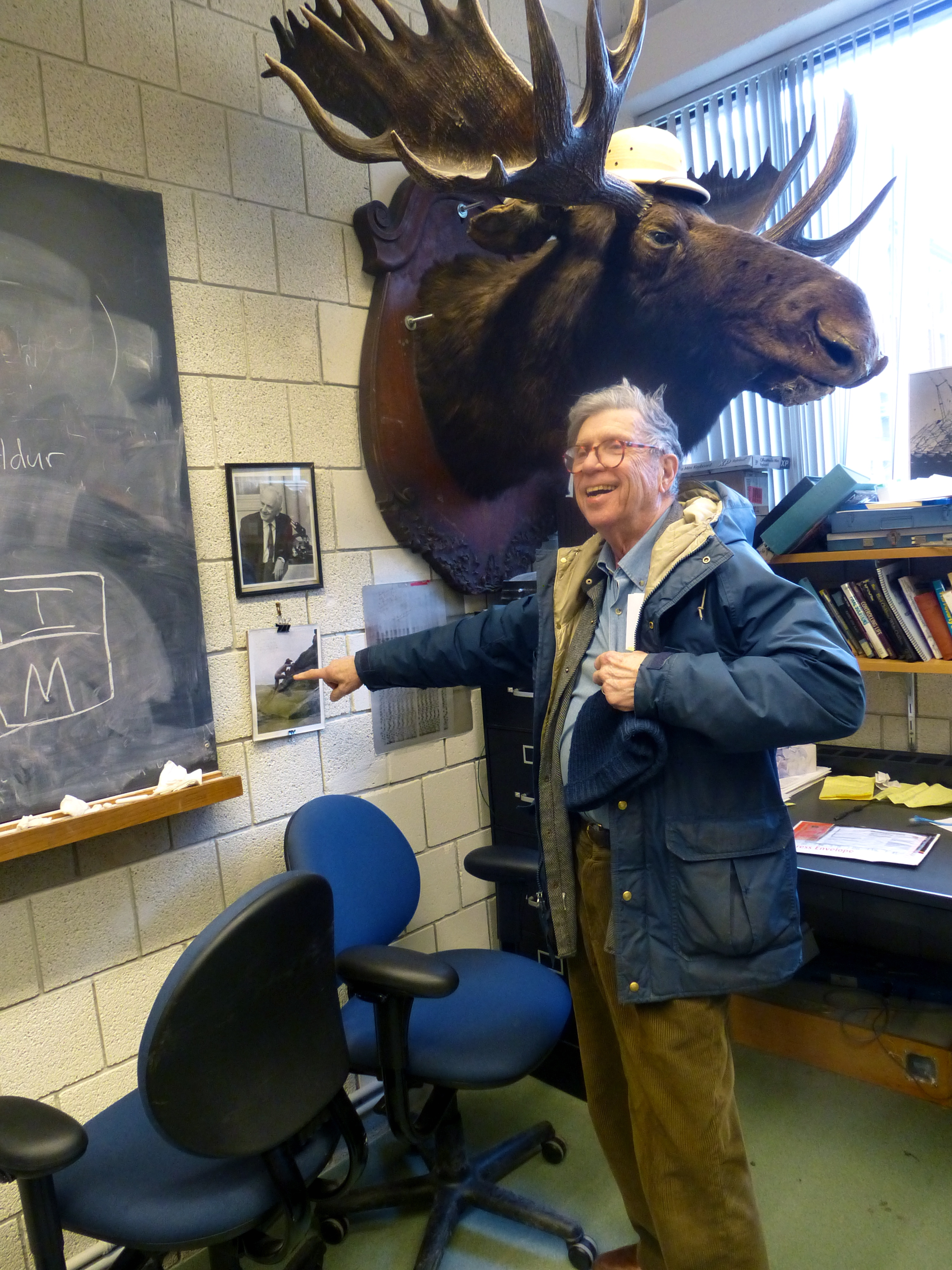 I am proud to be among the mementos on Dick’s wall. The top photo is of Dick’s own advisor, Theodosius Dobzhansky (sitting at his microscope where he looked at the salivary-gland chromosomes of fruit flies), below that is the Naked Picture, and at bottom right is an X-ray photo of one of my first DNA gels, done back in the days when extraction of DNA and sequencing were done completely manually, with the sequence read from bands spread across four lanes—corresponding to the four nucleotides of DNA.  I went to Princeton in 1990 on sabbatical just to learn how to do this (I produced only one paper from that work), and sent him that to show off my work to The Boss, just as a successful cat brings a mouse to its owner. The gel is also autographed, but I can’t remember what I wrote. 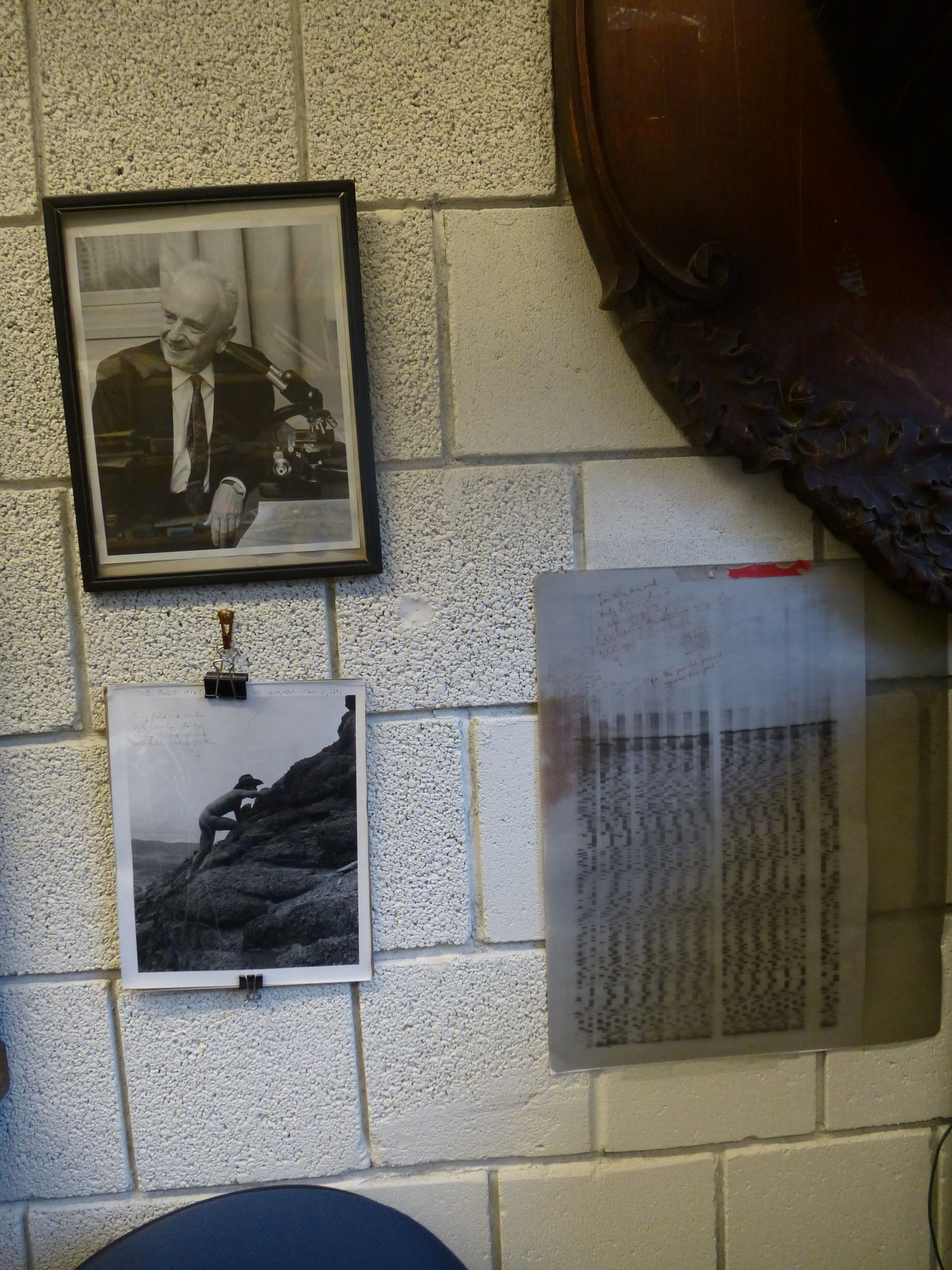 Andrew Berry photographed me by one of the two famous BioLab rhinos that flank the entrance to the nation’s most beautiful biology building. 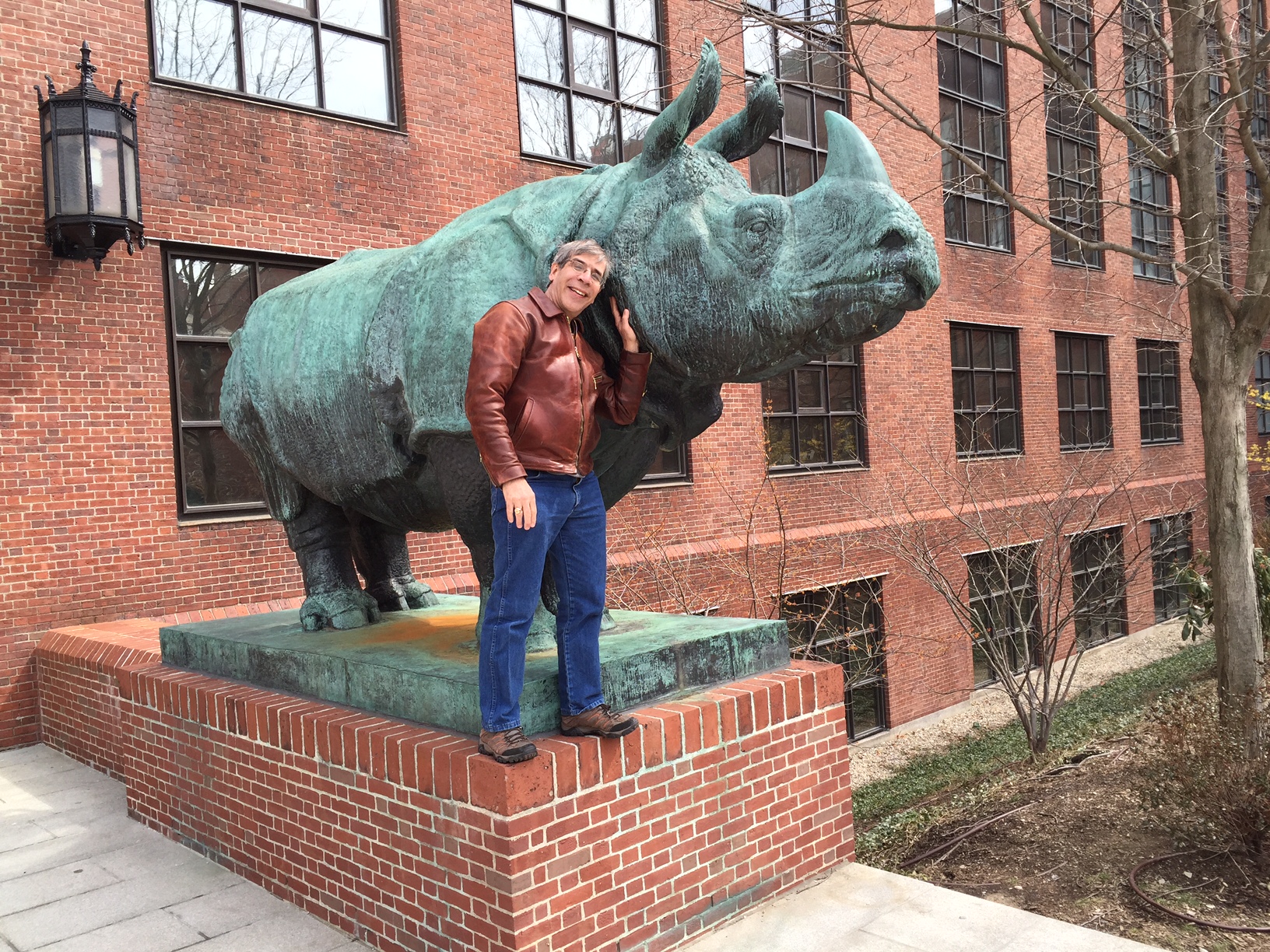 Over at his website This View of Life, David Sloan Wilson has a transcript of a recent phone interview he did with Dick. It includes some choice (and not amiable) words about Steve Gould, as well as comments on their famous joint paper, “The Spandrels of San Marco,” on evolutionary psychology (not favorable!) and on niche construction.