Skip to content
Joyeuses Pâques! Christ has risen, but Goldberg’s prices remain the same. And in honor of the revivification of Jesus, I will attend the famous Easter Brunch at the Harvard Faculty club, whose menu is here. Snow crab cocktail! Smoke salmon! Sushi! Eggs benedict with apple smoked bacon! Ham and leg of lamb! And the best: banana bread pudding! I will not eat until 12:30.
Meanwhile in Dobrzyn, Hili is also celebrating with noms, and in honor of the holiday appears to have assumed the shape of an egg:

Hili: I have Glad Tidings.
A: What’s that?
Hili: I slept very well and now I would like to eat something. 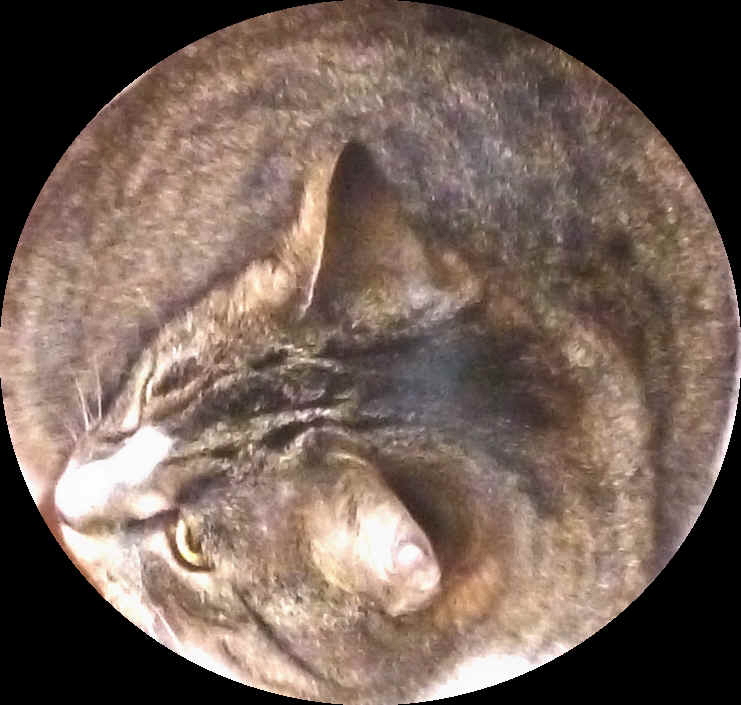 And some lagniappe. Malgorzata sent me this picture of Hili, who has climbed to the roof to peer into the flat of Gosia (the lodger) and her family:

Here is a picture Gosia took when Hili went on the roof of the verandah and looked into Gosia’s flat. The cake is an Easter cake, freshly baked, and Gosia thought it was a nice picture. 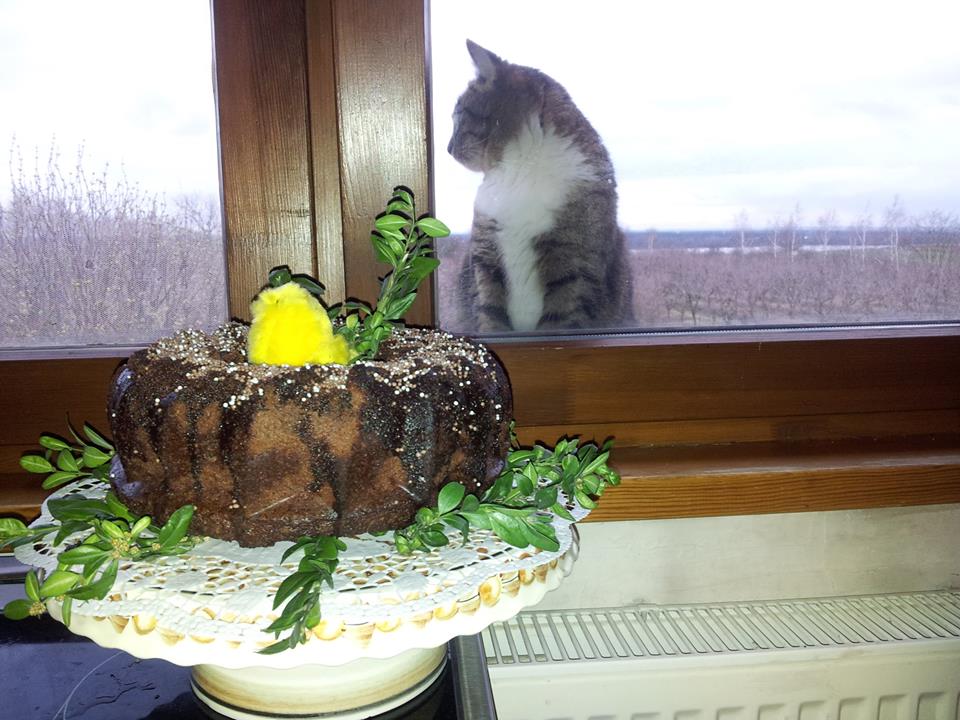 Further lagniappe: Gus has tried to do a bunny imitation. It was none too convincing, but he’s still cute: 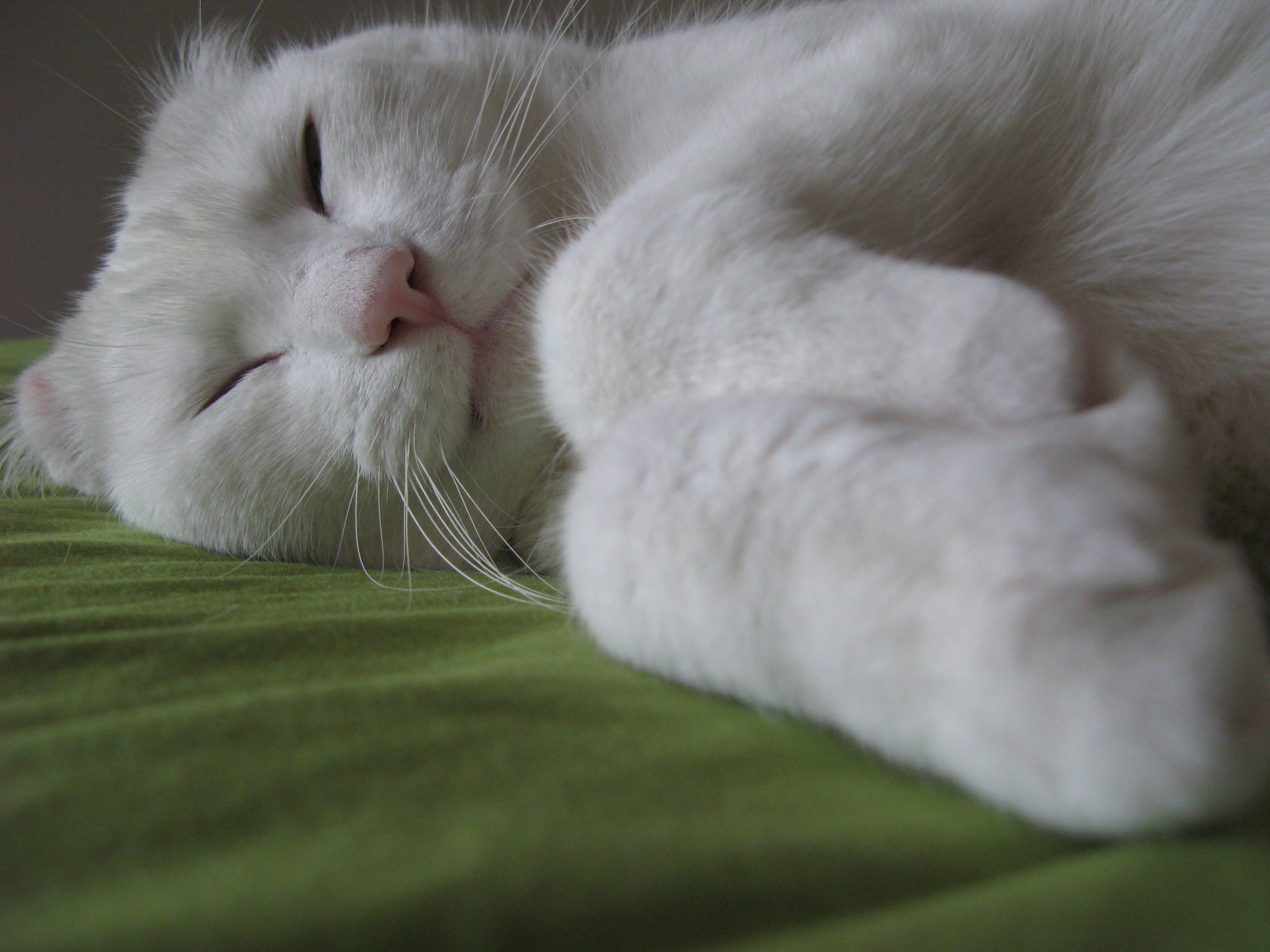