Skip to content
Reader Ed sent me an email about a television program that I’ve seen advertised for several weeks: “The Bible Continues.” It’s a Jesus-themed show, of course, and will be shown on NBC tonight at 9 p.m. Eastern time (8 p.m. central):
Ed’s email said this:

You’ve probably been made aware of this by now, but I just ran across it today: The Bible – The Sequel!

My first thought was, “What the HELL?” I find the website and all the promotional material for this mini-series extremely unnerving. The making and mainstream airing of the mini-series is disturbing enough, but the full scope of the promotional onslaught is downright frightening. If you click on the link to go to the A.D. Faith Companion Site from the main promotional page, you’ll be greeted with the tagline “The crucifixion was only the beginning.” LOL! That seriously sounds like something one would make up to mock such a self-important and anachronistic endeavour.

Here’s that tagline, and note that there’s a countdown clock until the show airs!: 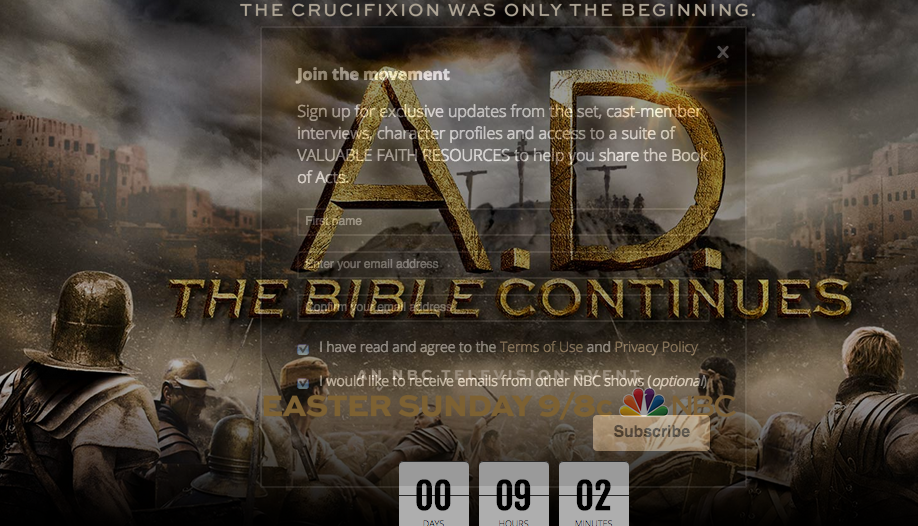 And here are some of the “Faith Resources“; clearly, NBC is promulgating Christianity here:

If you have any doubt that this show is part of a marketing campaign to promote Christianity and swell the coffers of the producers (who include Roma Downey) and NBC, here’s the “church kit”: 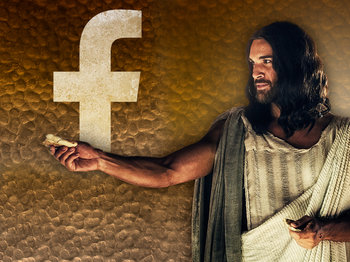