Remember that I’ll be in Boston from early tomorrow morning through April 9th, so posting is likely to be lighter. Like Maru, I do my best.

A proper send-off requires a perigrinating cat. We have had one of these before—do you remember? Today’s catipede, which has even moar legs, comes from Bored Panda via readers Gregory and Aneris:

Meet CAT-erpillar, the world’s longest cat that was discovered yesterday in a living room. It all happened when a redditor named ‘FallenCoffee‘ was taking a panoramic picture of his room and his cat decided to walk through. The result is a hilarious 16 legged cat-centipede which was nicknamed a “CAT-erpillar.” 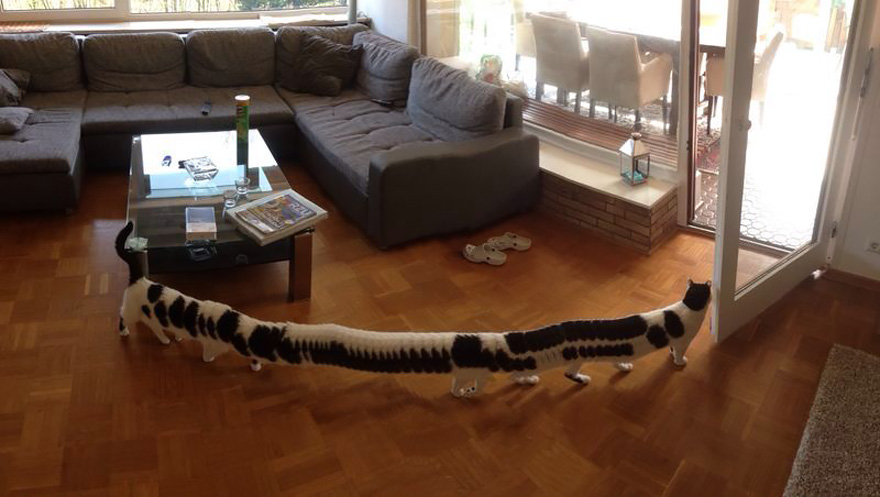 It’s almost weird enough to have a contest. . .