Shall we end today with a display of both interspecies and inter-morph amity? This picture of three squirrels was sent to me by reader Paul (I don’t know where he lives):

I thought you might enjoy a photo of red, gray & black squirrels living together relatively peacefully under our bird feeders in our front “yard” this morning.

Black morph: almost certainly a mutant of the Eastern gray squirrel. This one, since it’s wholly black, is probably homozygous (has two copies) for a gene that cannot make orange (pheomelanin) pigment. Squirrels with one copy of the gene are brown-black. 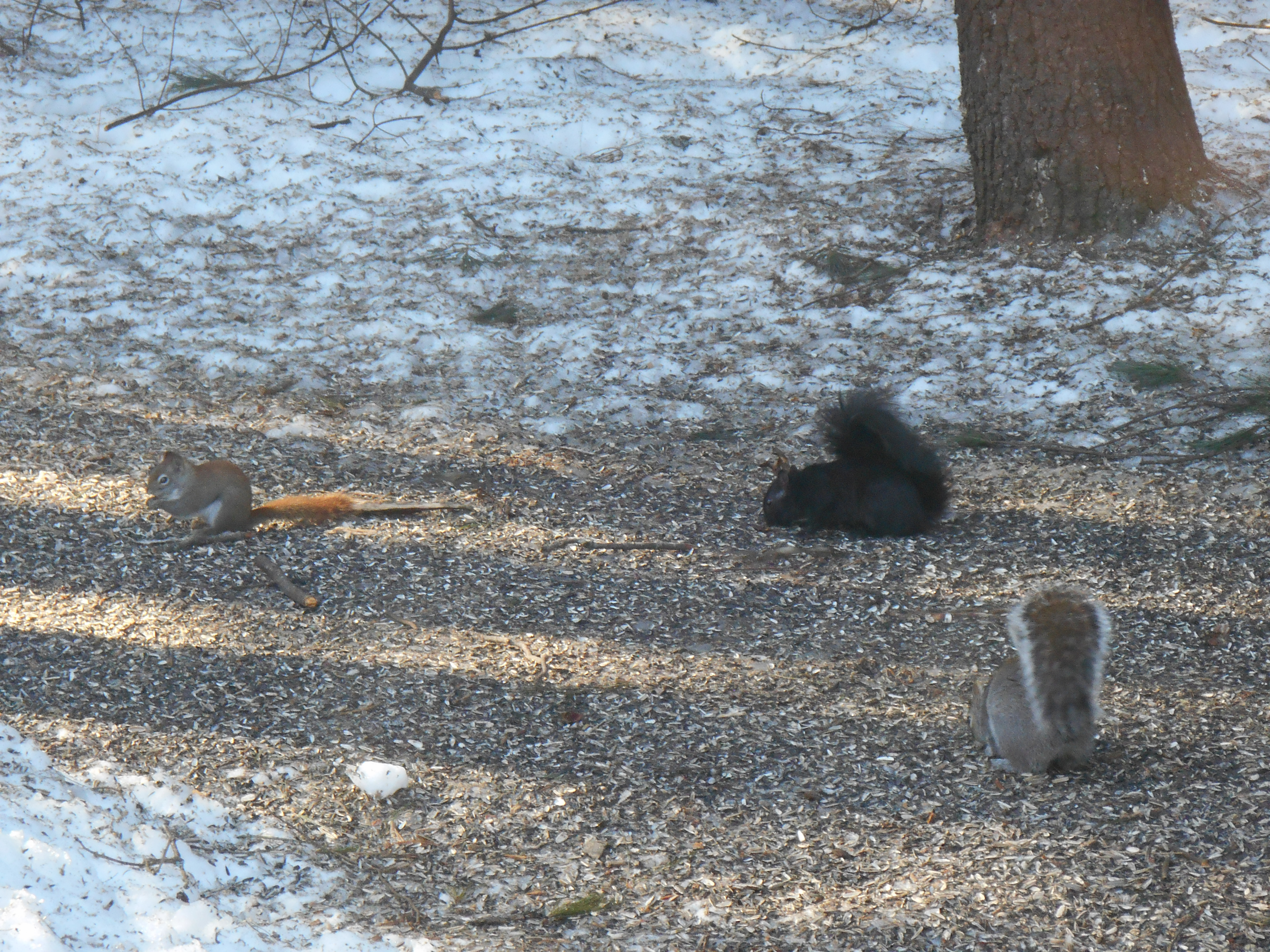 Here’s what I take to be a heterozygote: a brown-black squirrel: 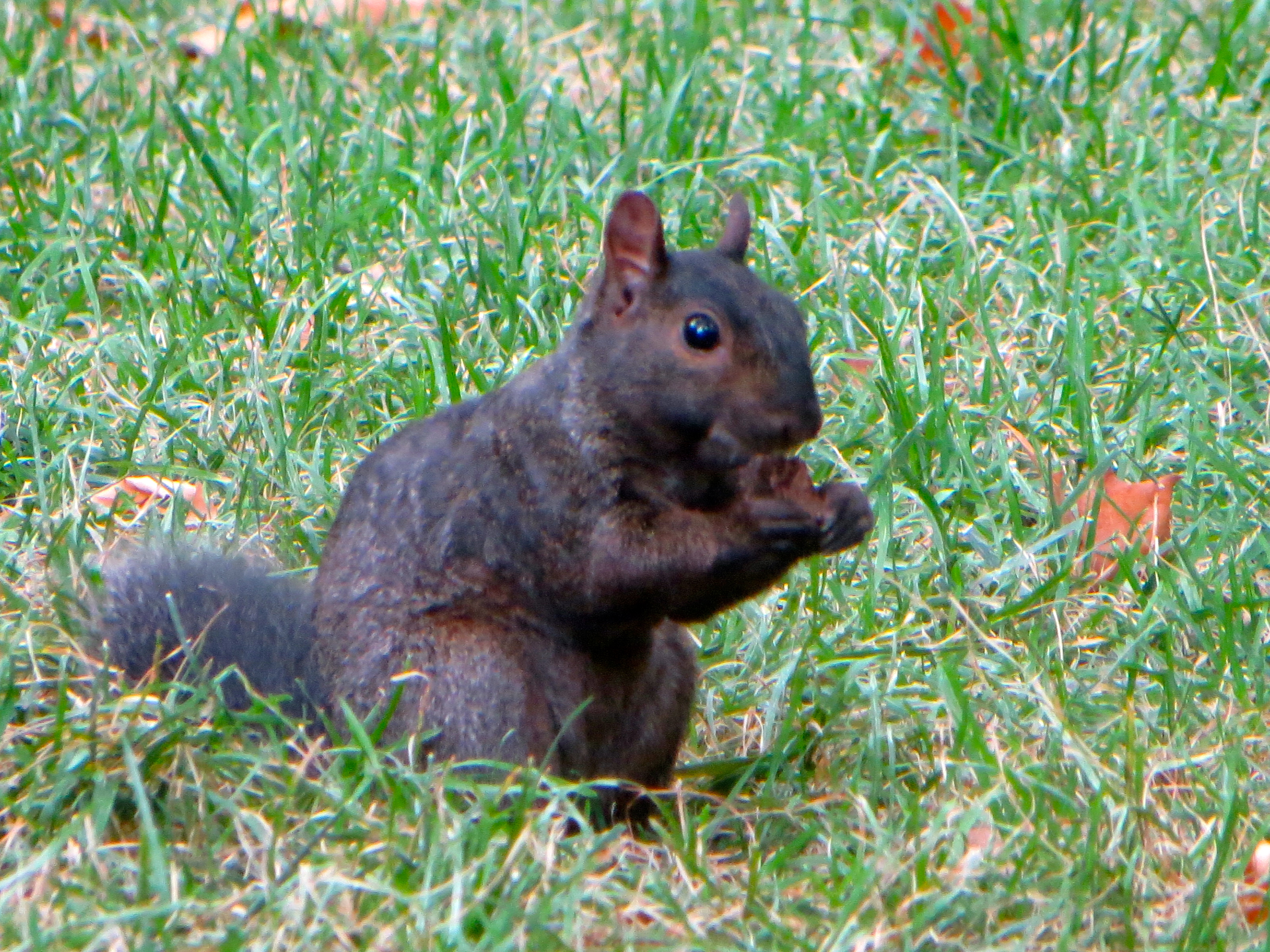 And here’s Matthew with his new kitten Harry: 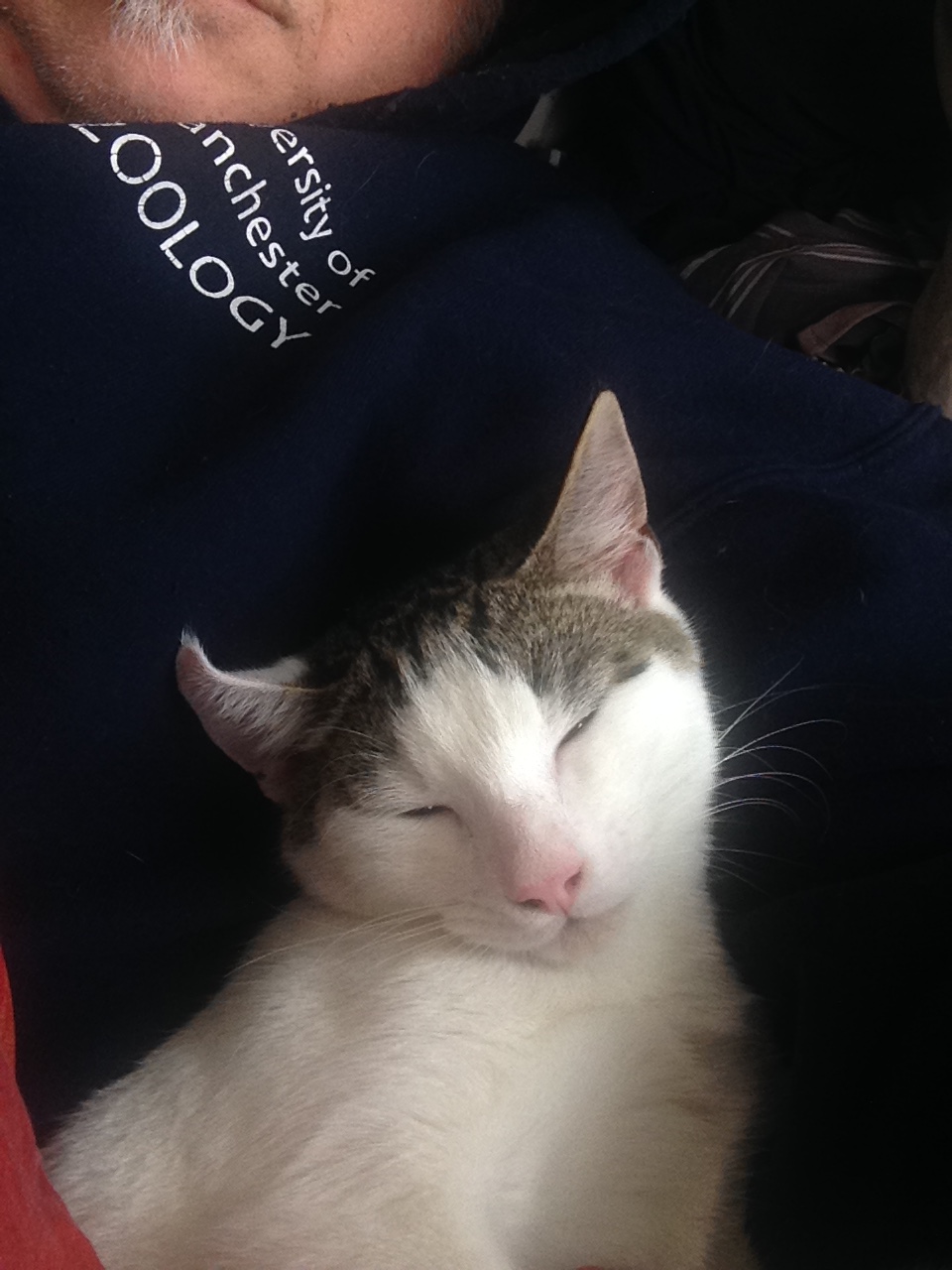 28 thoughts on “Three squirrels at once”