I wasn’t aware of this new book, but it would seem to be a good complement to The Albatross. It’s by Julien Musolino, a professor of cognitive psychology and psycholinguistics at Rutgers, and is called The Soul Fallacy: What Science Shows We Gain by Letting Go of Our Soul Beliefs. It was published by Prometheus, came out on January 6, and you can get the paperback for only $13.16 on Amazon. There’s a foreword by Victor Stenger, who of course died last year.

I like it because, like a good New Atheist, Musolina takes a scientific approach, regarding the soul’s existence as a testable hypothesis. The Rutgers site gives a summary:

The soul hypothesis, Musolino contends, has had a good run for millennia, but it is time to put the idea to rest. Musolino argues that the soul hypothesis is a scientific claim that can be investigated using the tools and methods of rational inquiry. Moreover, he contends that soul beliefs, which are extremely common here in the United States, actually get in the way of progress and a more humane society.

“Belief in an immaterial, psychologically potent, and detachable soul that can function apart from the body after we die amounts to a series of claims about physics, biology and the sciences of the mind,” Musolino says, “Therefore, we should be able evaluate those claims based on science and reason.”

And for those who claim that most people aren’t dualists, there’s this (remember that Rutgers is a good school, and these are advanced undergraduates):

Musolino has probed around the edges of this question. In 2012, he surveyed students in the upper-level undergraduate psychology courses he teaches, and found that 80 percent of them believed in the soul. Seventy-three percent of those believers thought their souls would live on after they died. Experiments carried out in his lab with a broader population of undergraduate students revealed the same pattern.

The Amazon site gives blurbs by some heavy hitters like Steve Pinker, Susan Blackmore, Sean Carroll, and Pacal Boyer, so I suspect the book is worth reading.

And, at the Rutgers site, Musolino gives three reasons why it’s empowering to give up ideas of the soul. Here’s the first one:

Musolino says “three gifts” come with giving up a belief in the soul that can enrich one’s life enormously. The first is coming to terms with death. Recalling his own experience of becoming unconscious after going under anesthesia, Musolino said this deliberate turning off of consciousness “with the help of basic chemistry” is as close as we can come to death. If the state of being dead is anything like that, he says, we have nothing to fear.

Well, to me that seems like whistling in the dark. Yes, I’ve been under anesthesia, and it’s a quick and painless extinction of consciousness, but that’s not death. For one thing, you know that you’re almost certain to wake up. Second, many deaths are preceded by a long period of debility and pain. Third, there’s Hitchens’s notion that it’s not so much leaving the party that’s bothersome, but knowing that the party will go on without you. That’s what most bothers me about death: all the things that will happen that I’ll never see or experience.

The other two “gifts” are much better, and you can read about them on the Rutgers site. 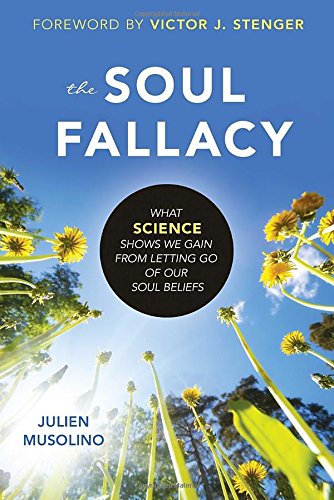