From Grind TV we have lovely video and photographs of 5300 pairs of Imperial Cormorants (Phalacrocorax atriceps, also known as “Imperial Shags”) nesting en masse in Patagonia.  The nests cover an area of 2000 m², which is less than half the area of an American football field.

Dr. Flavio Quintana, who has studied cormorants for more than 10 years, shot video from a drone, which is proving to be a cheaper and safer method for studying the seabirds than using pilots and photographers, as in the past. Here’s the captivating video provided by Caters News Agency: 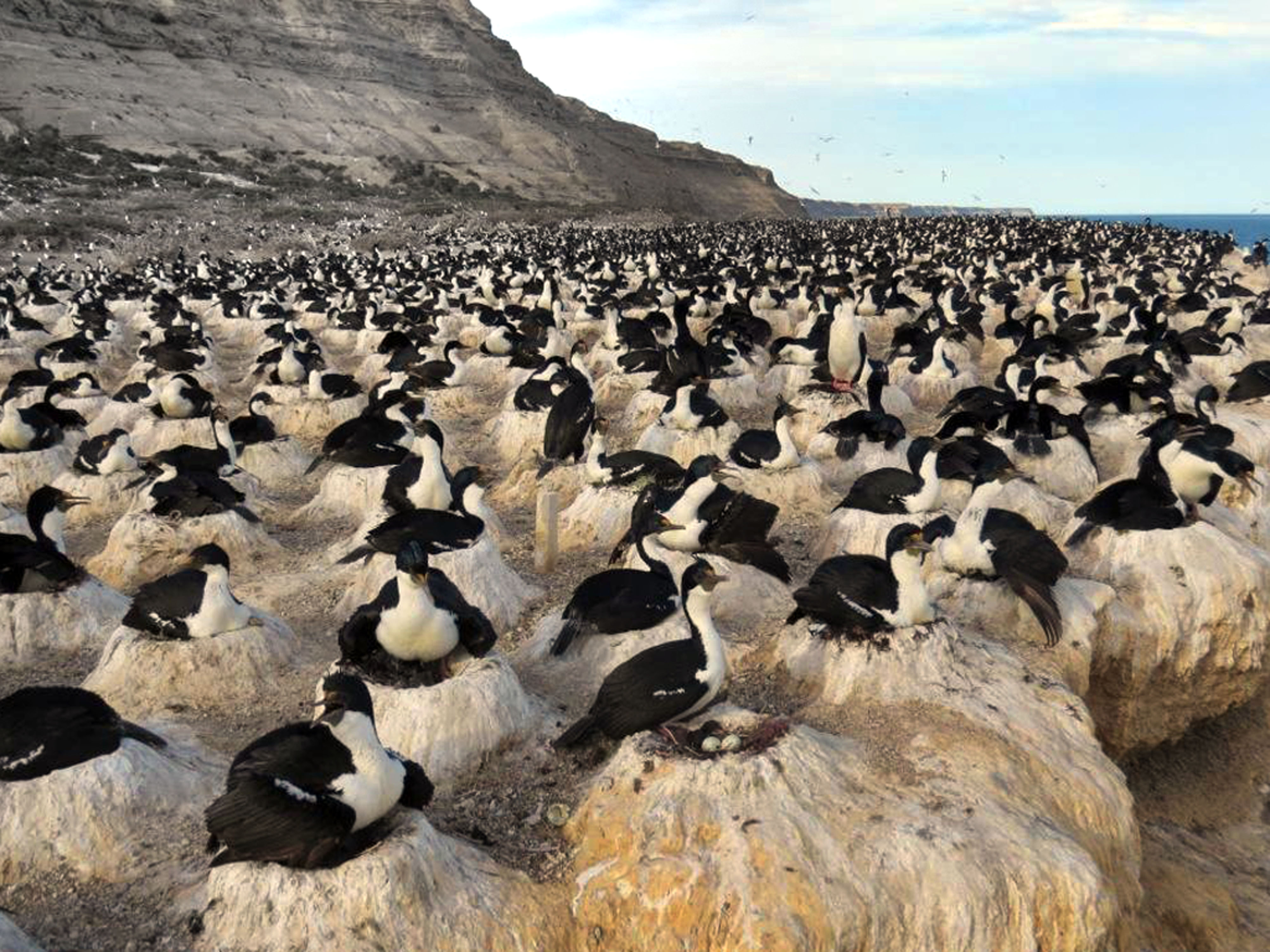 Quintana, as we said, is no stranger to these seabirds.

A few years ago, he discovered just how amazing the feeding techniques are of the imperial cormorant, which dives into the water to catch fish. His research showed that one “superbird” dove 150 feet underwater in 40 seconds, spent 80 seconds searching for a meal on the ocean floor—eventually catching a snakelike fish—then returned to the surface 40 seconds later. 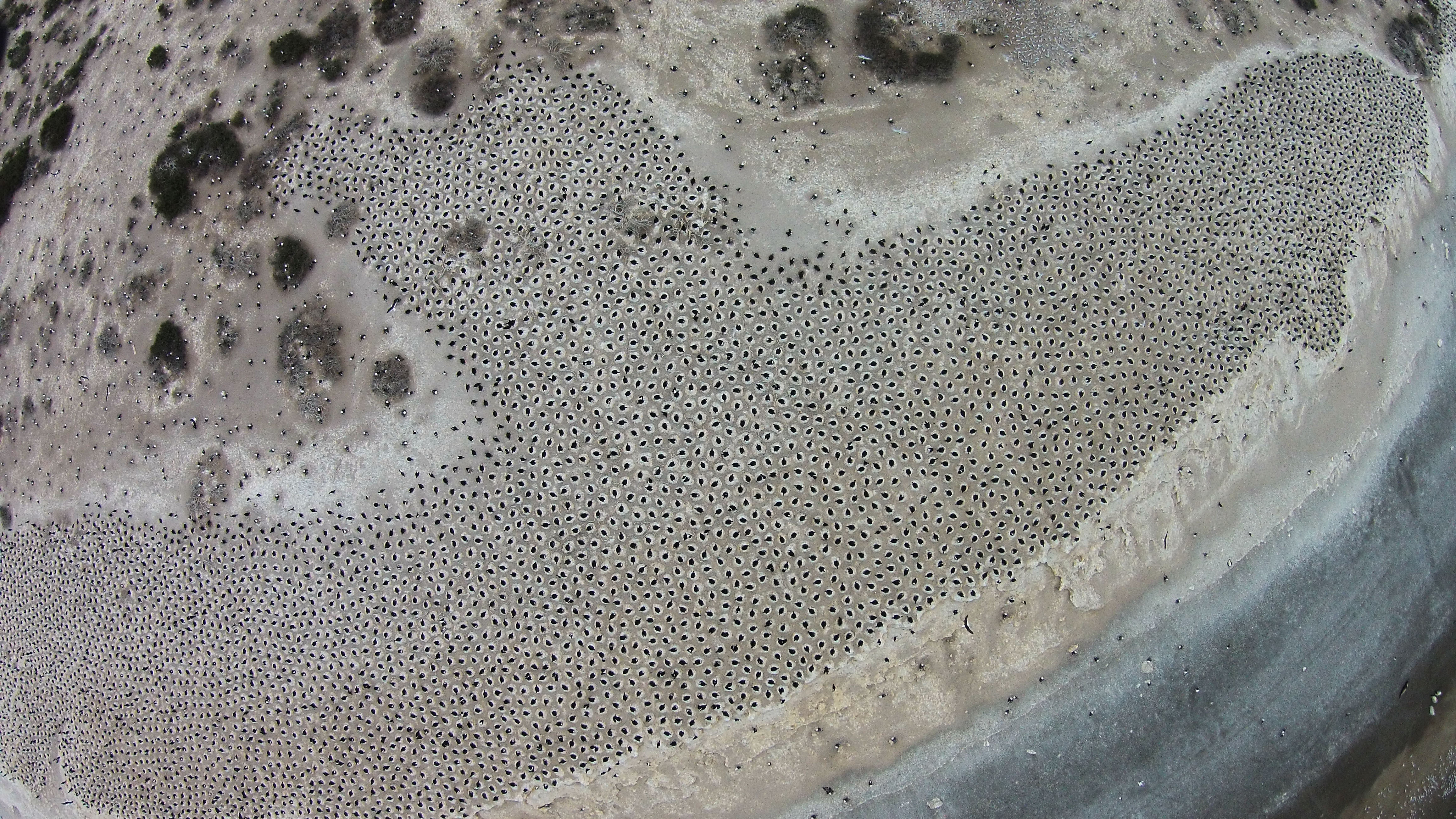 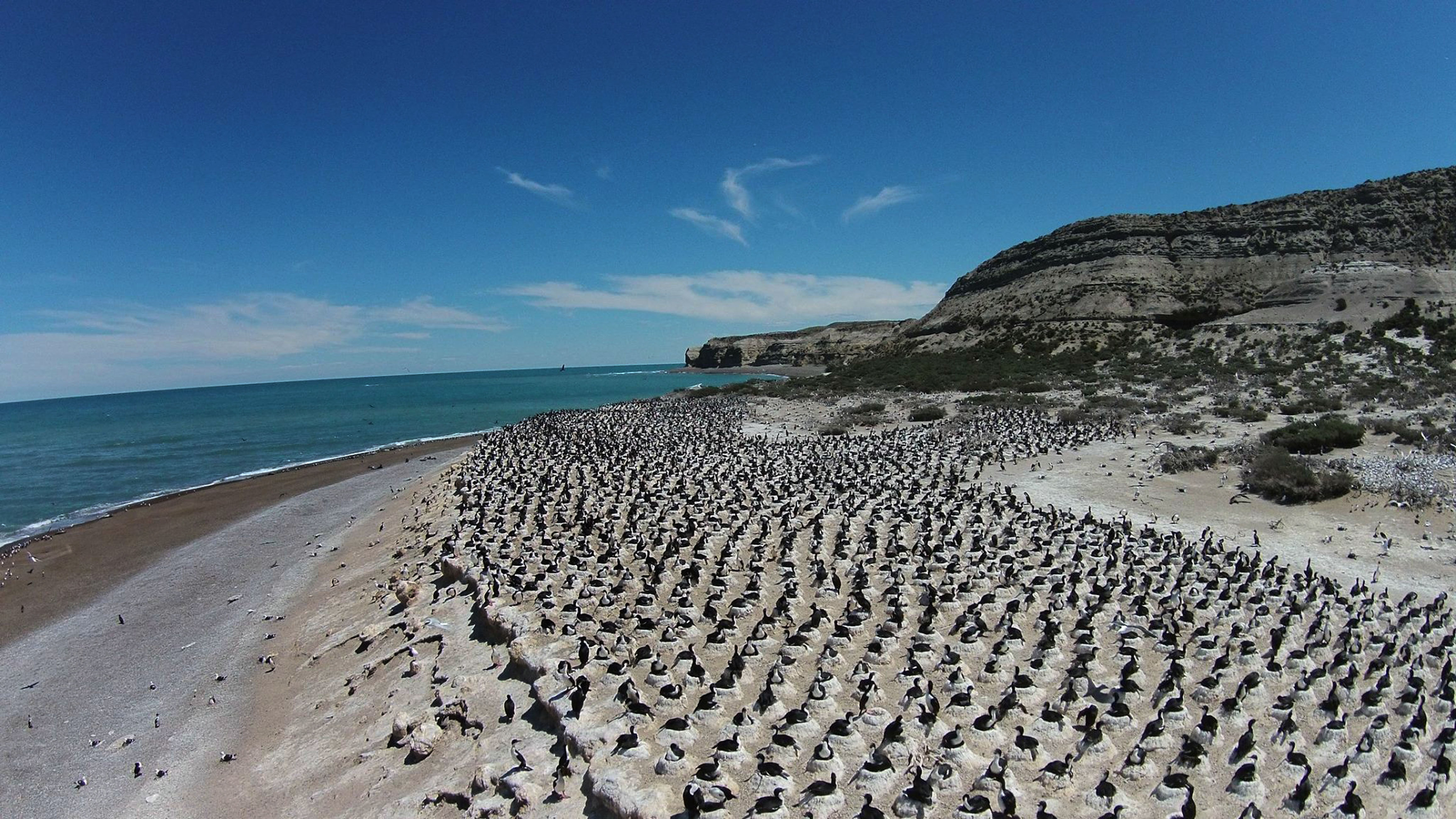 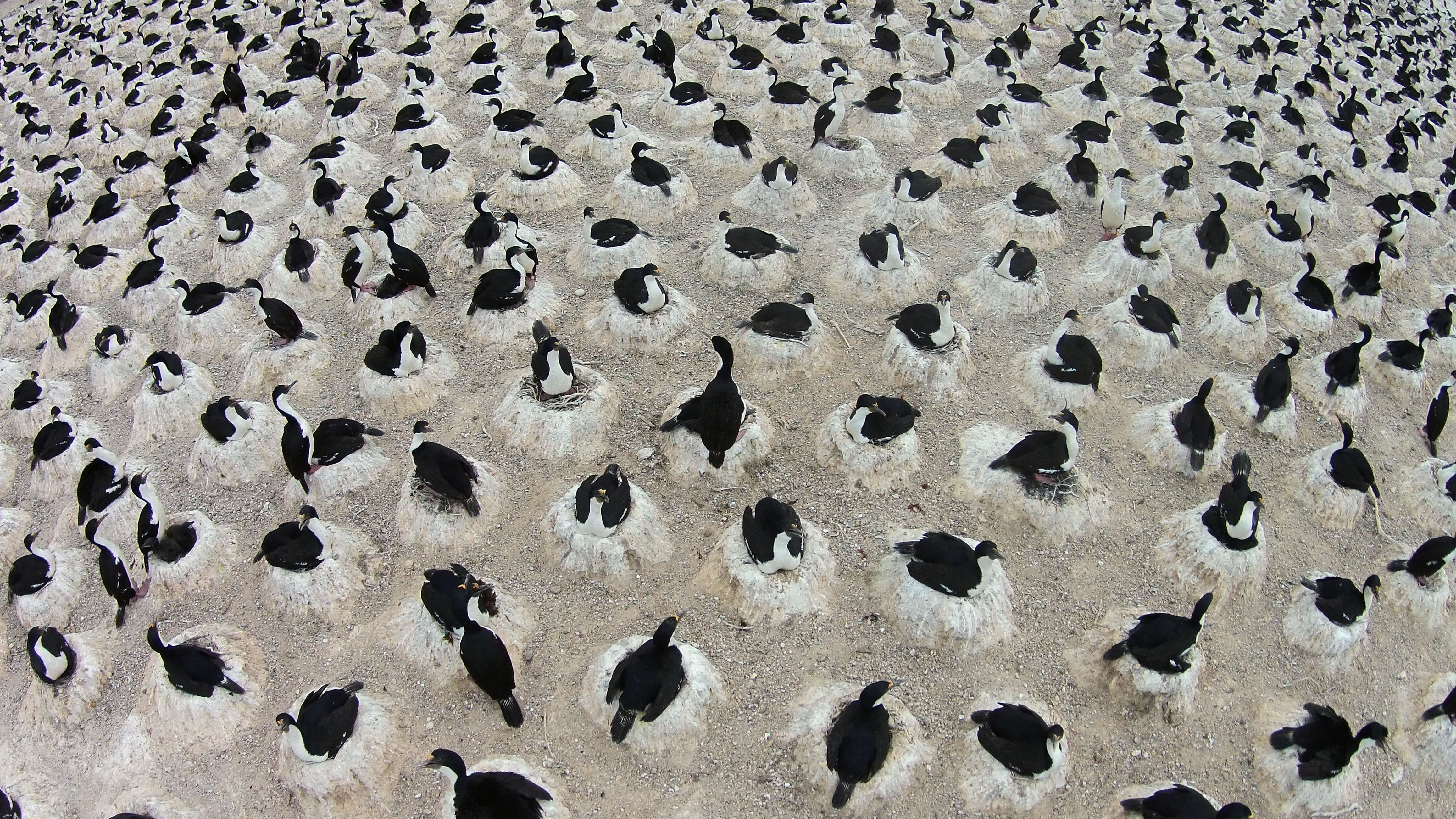 The aerial photographs not only allow an accurate census, but also give behaviorists the ability to see how even the spacing really is, and whether it corresponds to how far the birds can stick out their necks. My own theory, which is mine, is that they’re spaced just far enough apart to prevent the birds from pecking each other. But I’m sure that some ornithologist has already got the answer.

43 thoughts on “Personal space in Patagonian cormorants: a huge and neatly-arrayed group of nests”