Sadly, most of the cats of India have no owners: they are bedraggled, flea-ridden beasts whose lives are short and brutal. They wander the streets, ribs visible, looking for rats or any kind of nom. They broke my heart, but I love them all.  And the fortunate few have found forever homes. Here are some snaps I took of cats or cat-related items in India.

Cats down by the Ganges, Kolkata (Calcutta). They were in relatively good shape as people were giving them fish. But one kitten. . . .well, I won’t talk about it: 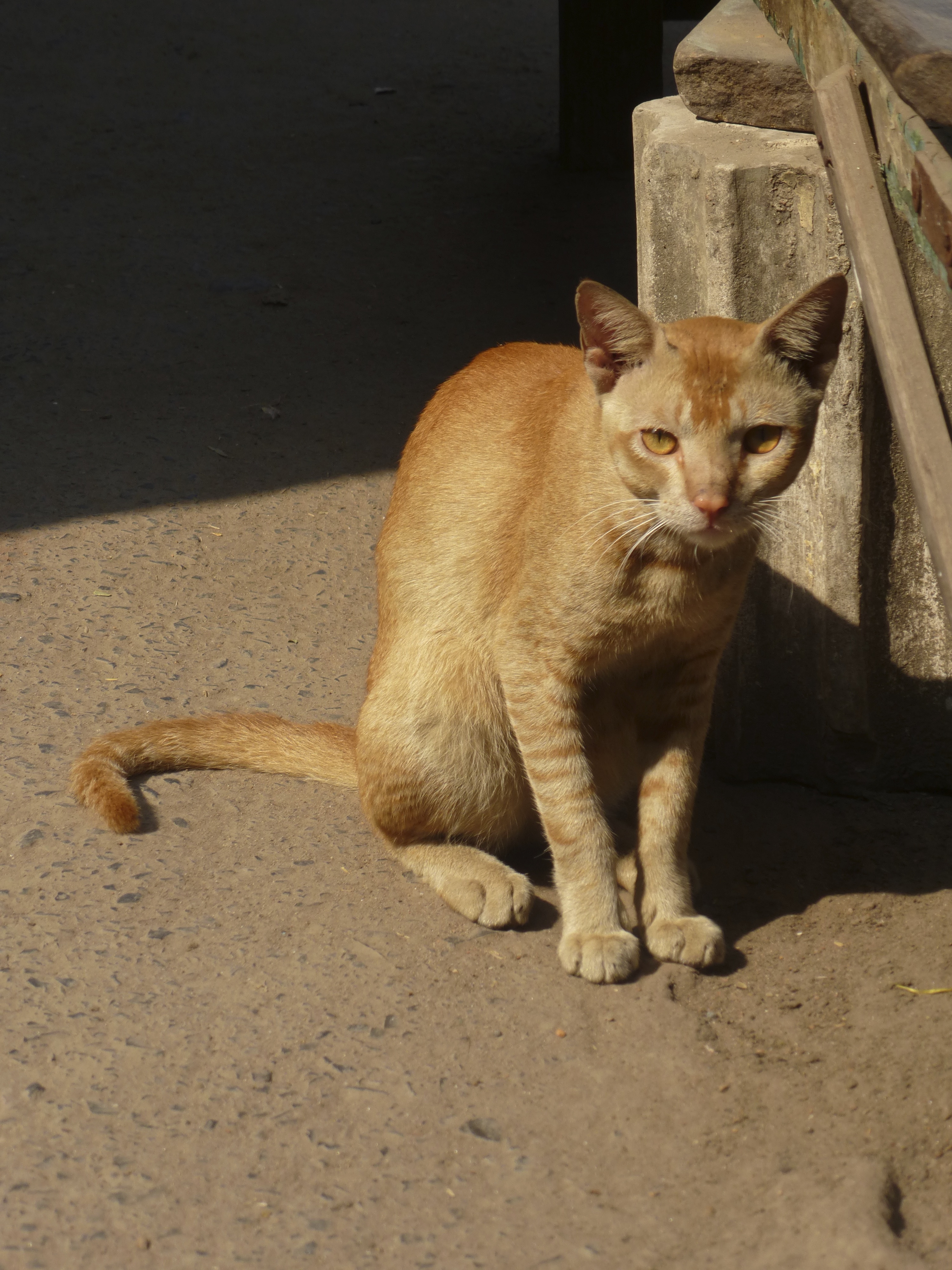 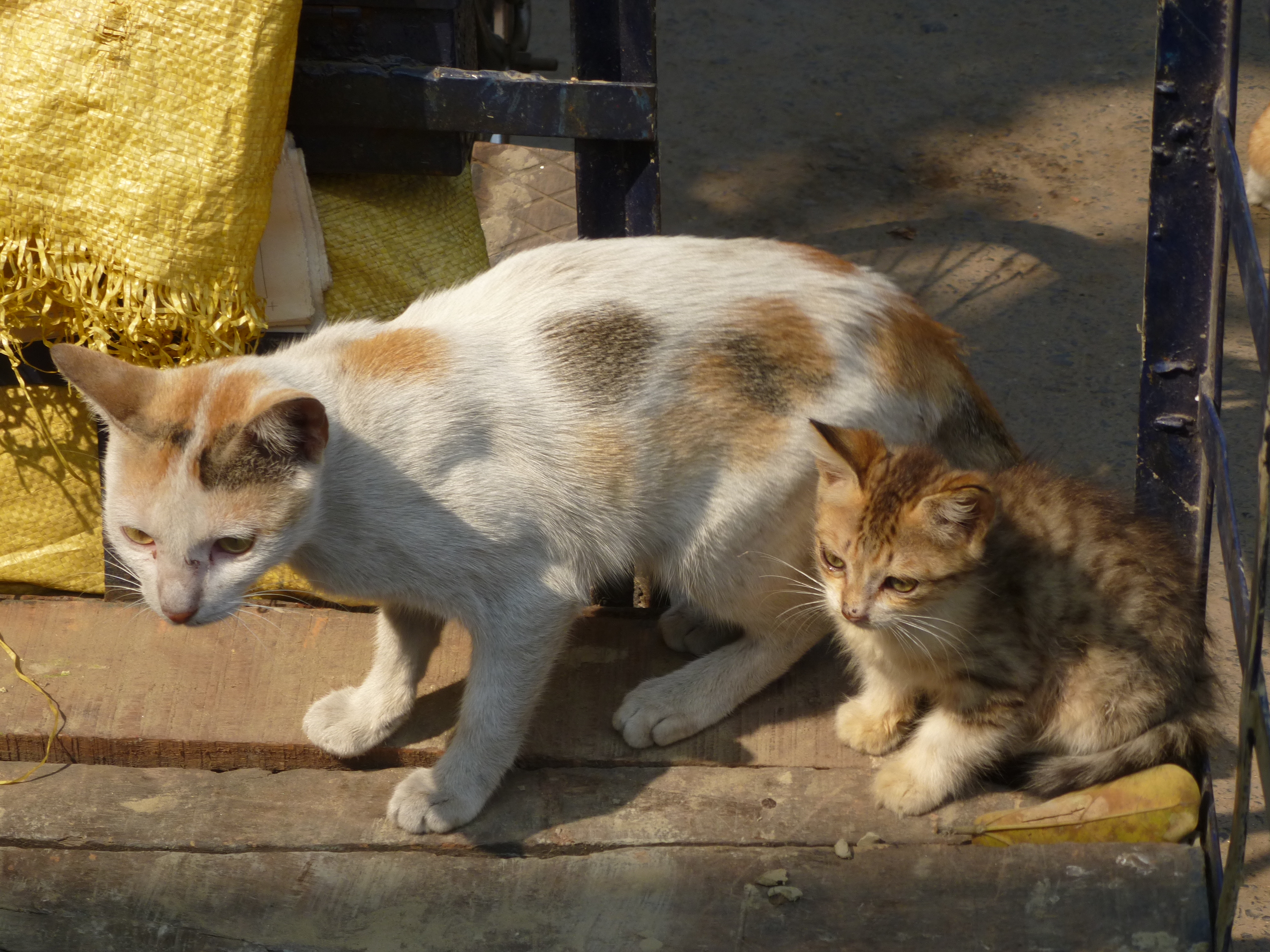 These lucky moggies didn’t have to scrounge, as some kind soul was giving them fish. 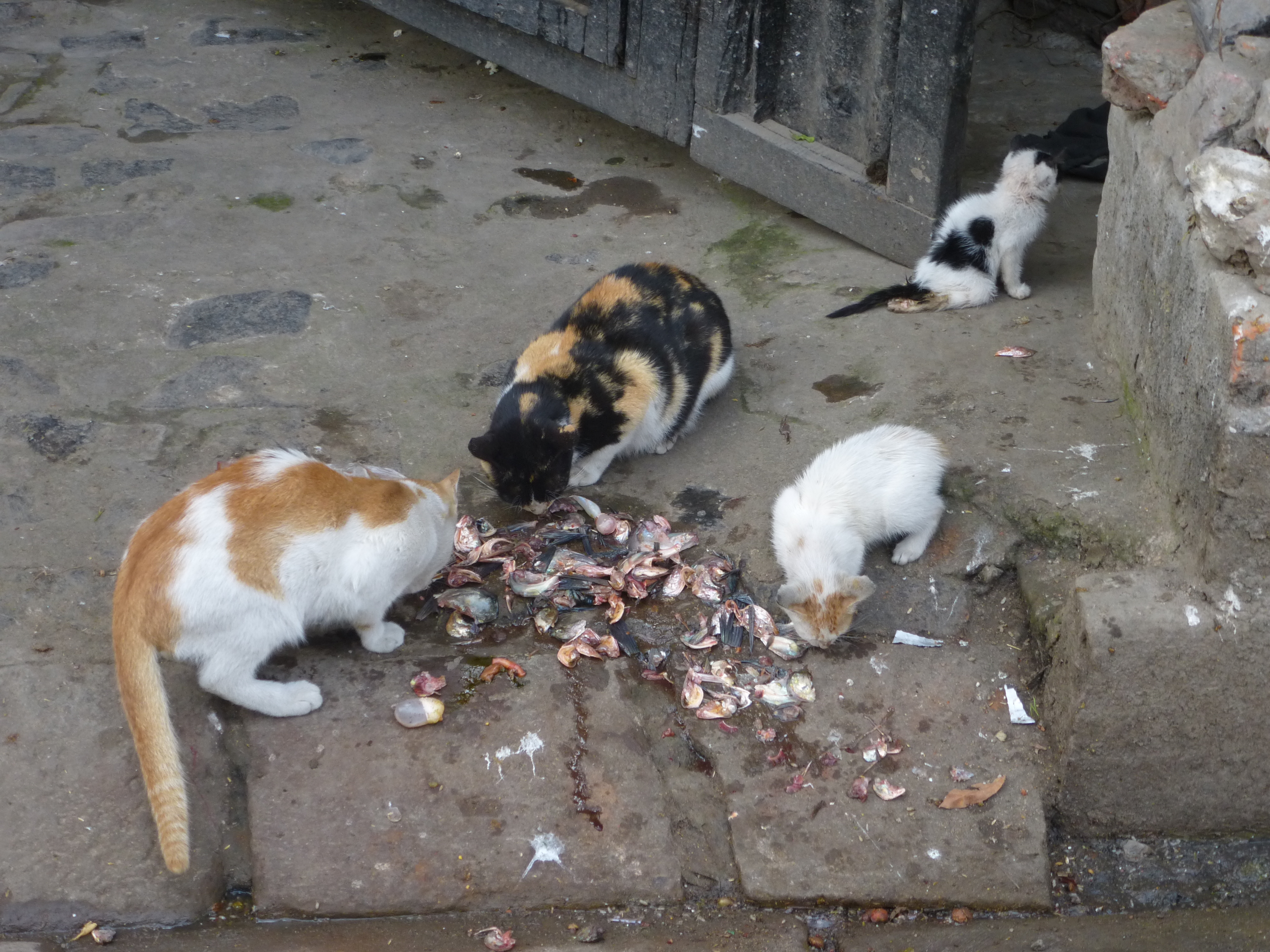 My hosts have a flat in Kolkata in an apartment surrounded by a high wall. Within it are several cats and kittens who are fed by some of the residents and by the watchman. They are relatively well off compared to most feral cats in India, but they still scrounge for noms. This kitten made a heroic climb to the trashbin: 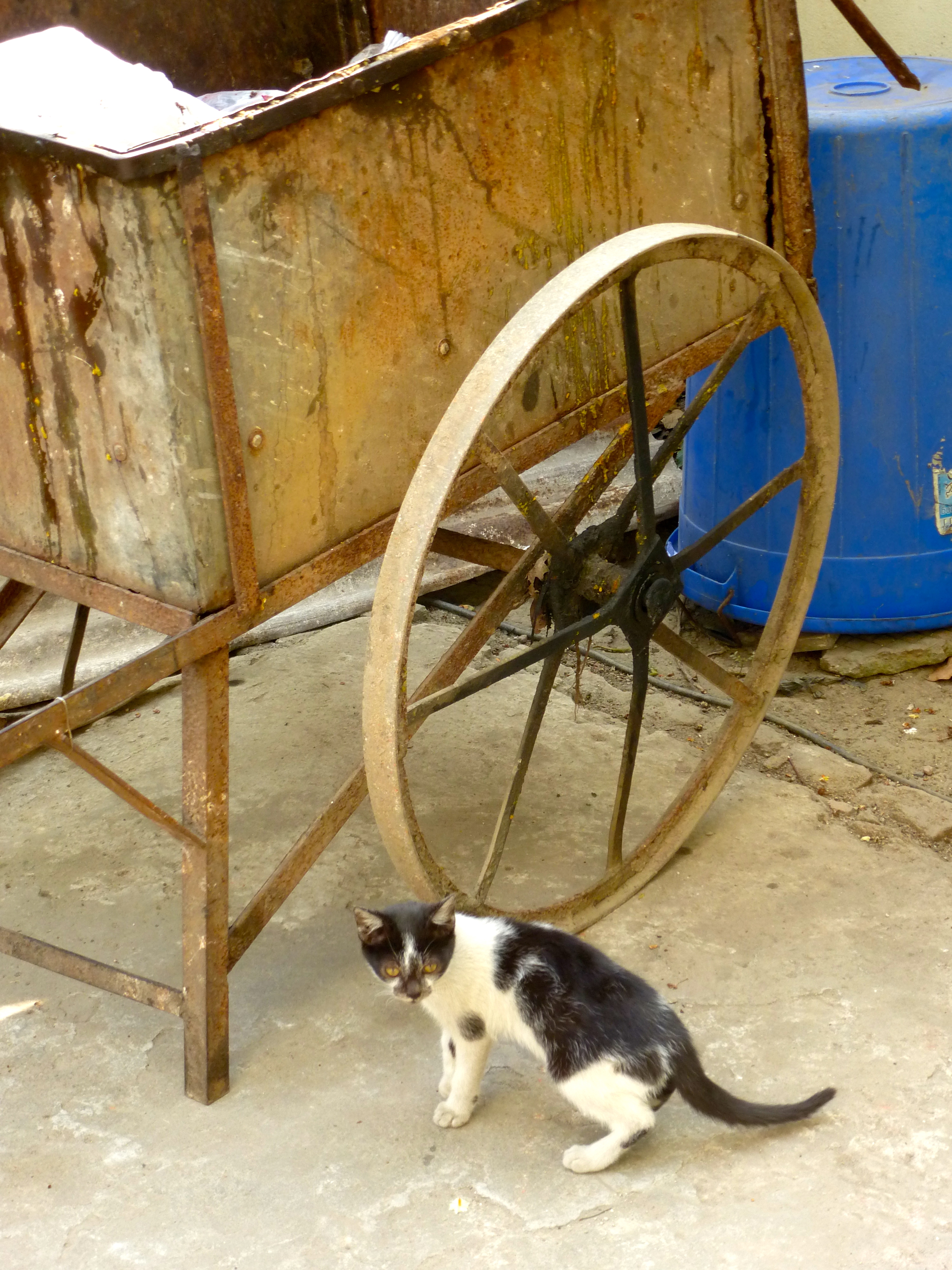 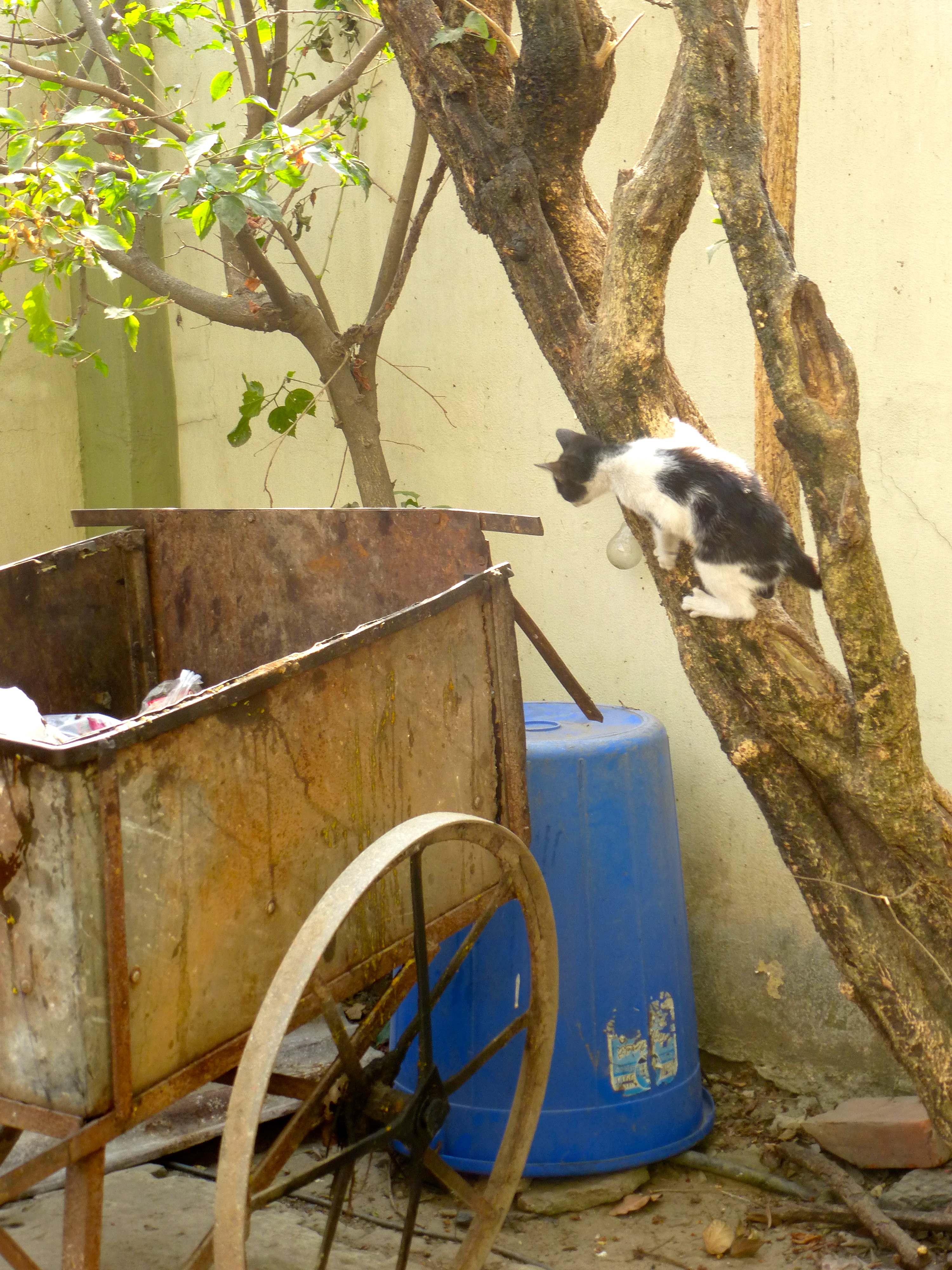 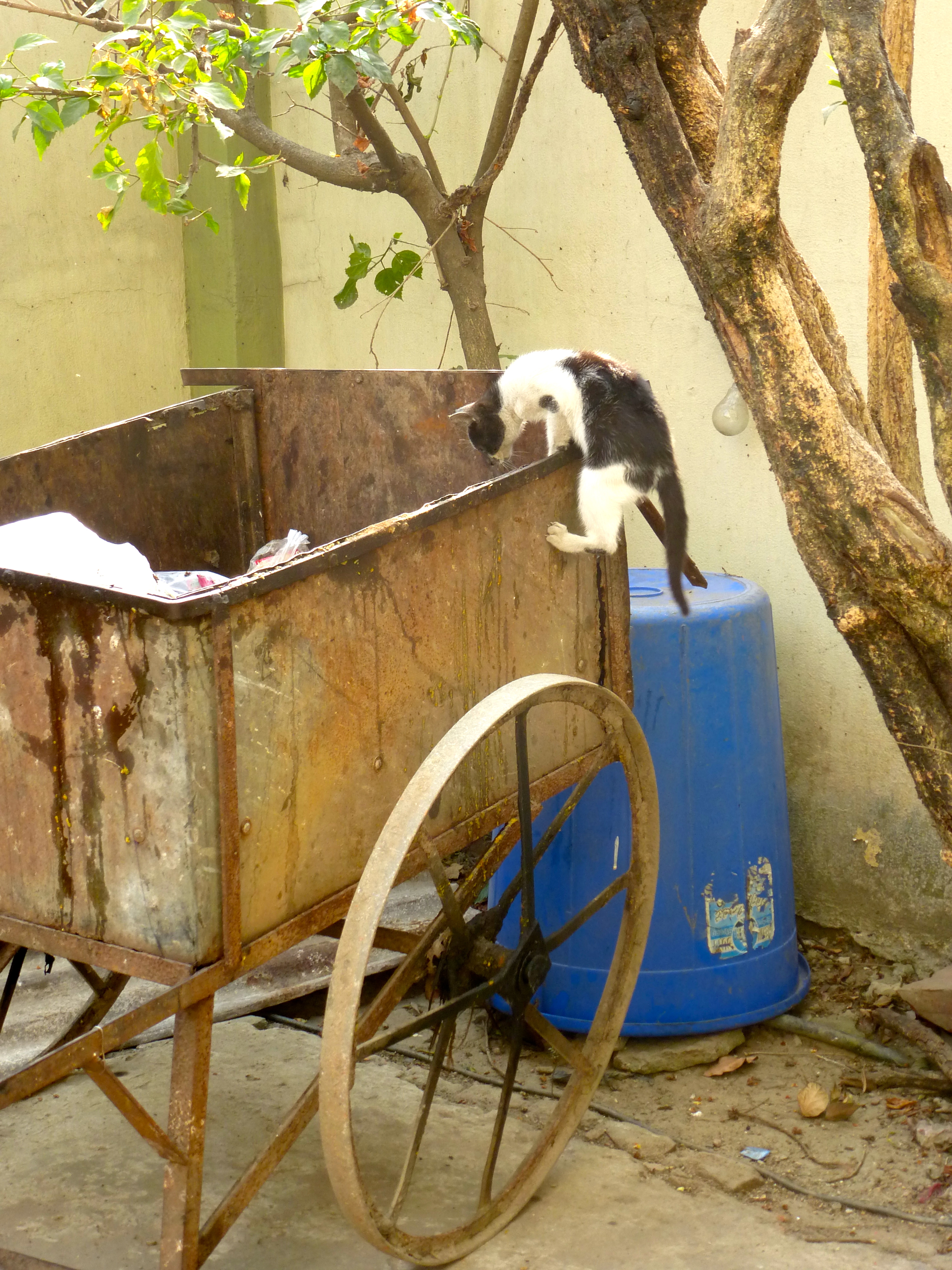 Not a real cat! (I have to say this because some cats in India resemble this.) This is an sculpture of some sort outside the art department at the university in Santiniketan. 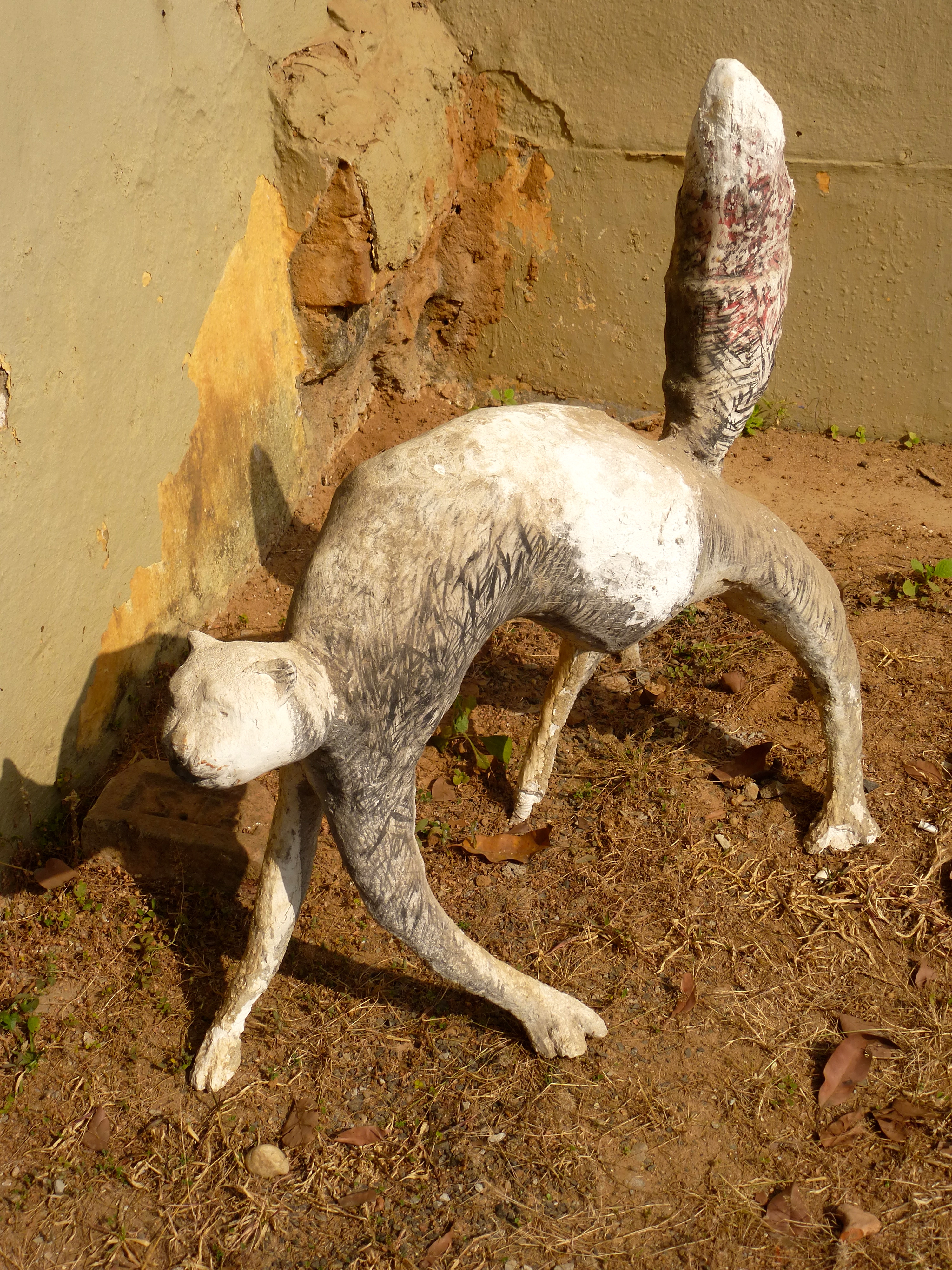 This is Puchku, a lively little girl (“puchku” means “little one”) owned by Mr. Krishno Dey, who runs a wonderful homestay (rated #1 by Tripadvisor) in Santineketan. We arranged to have lunch there, and it was a spectacular feed (pictures of the noms later). Afterwards we had a constitutional around the grounds and Putchku followed us.  She was wary, and the only person she’d let pet her was Mr. Dey: 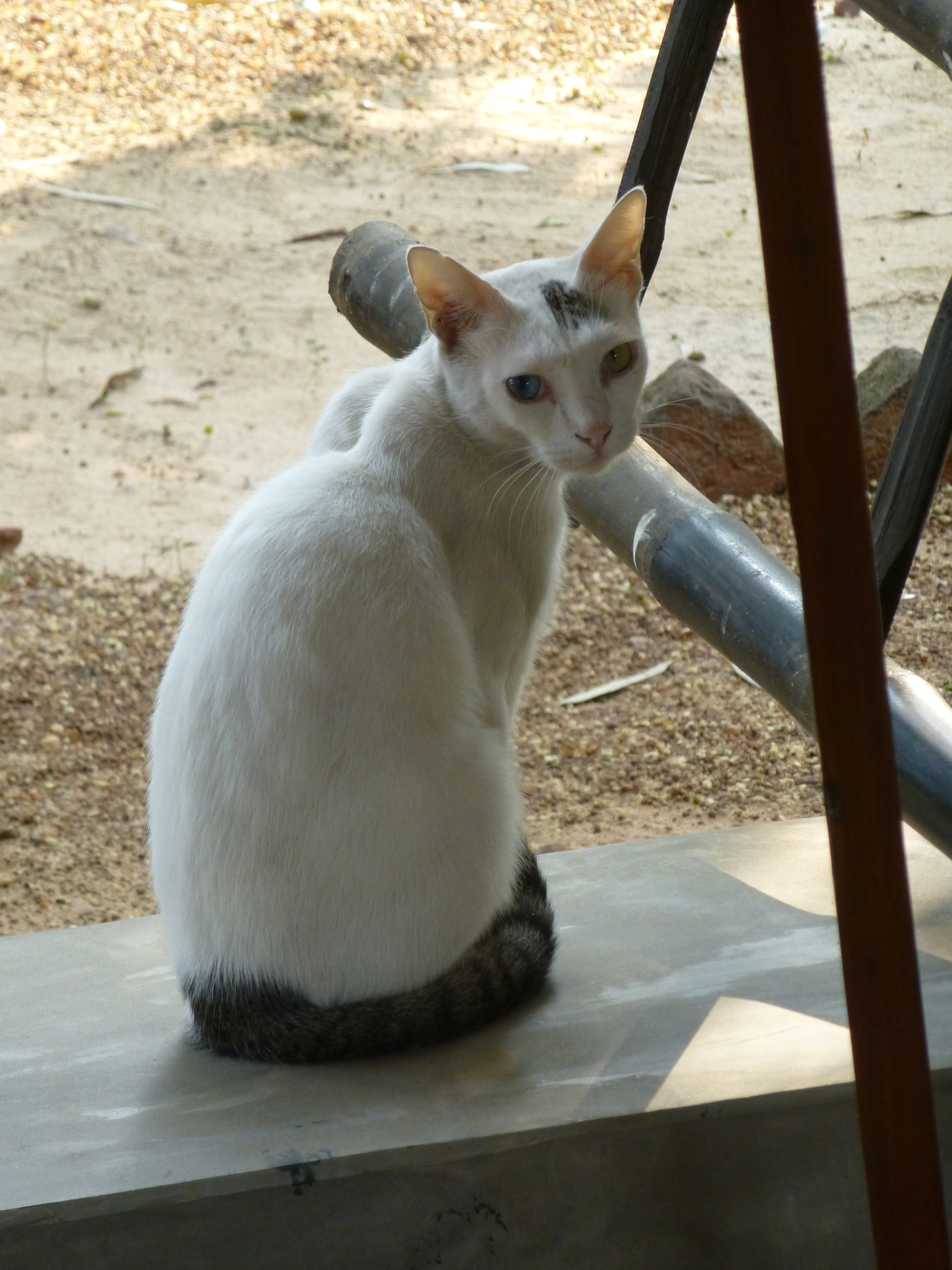 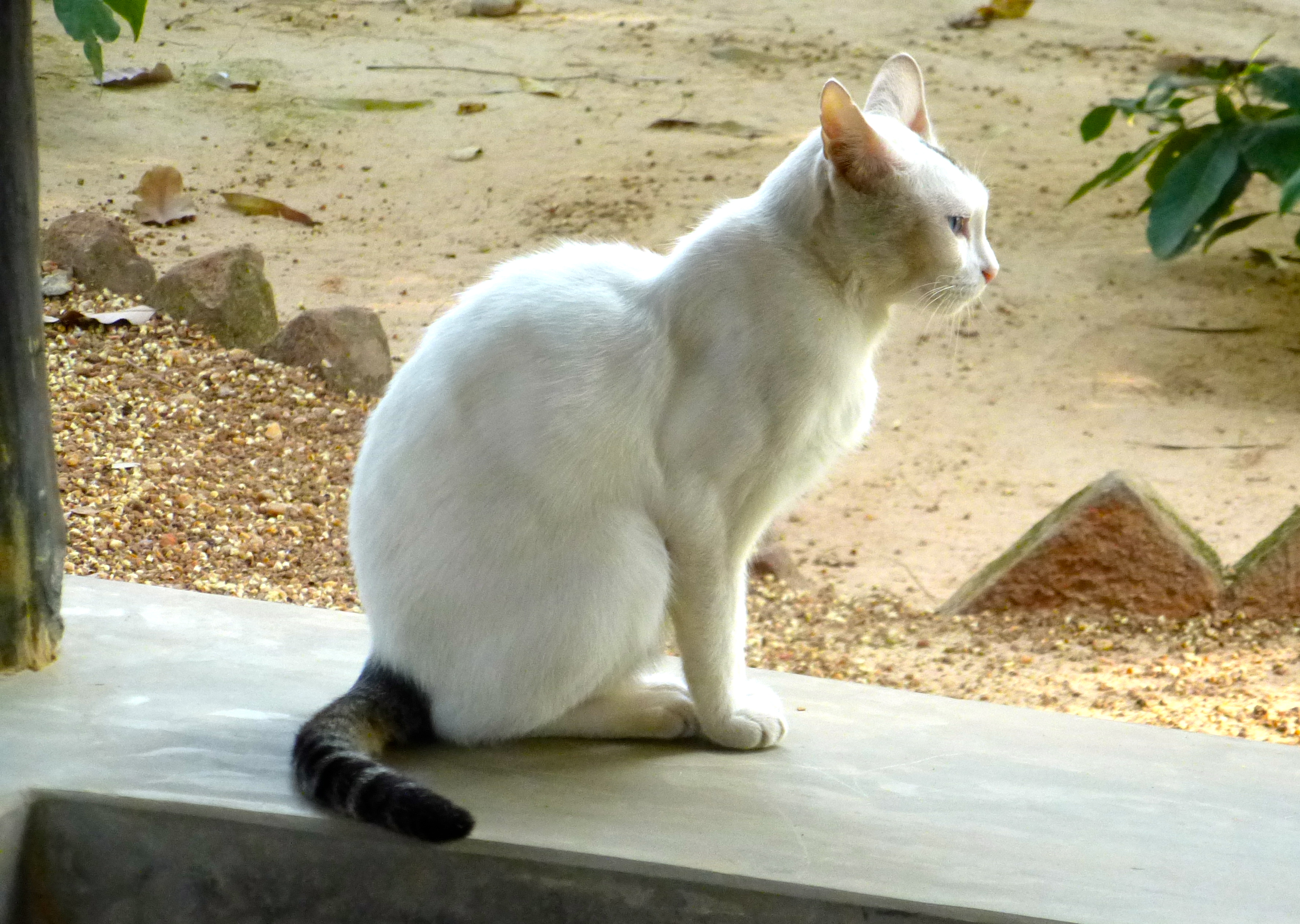 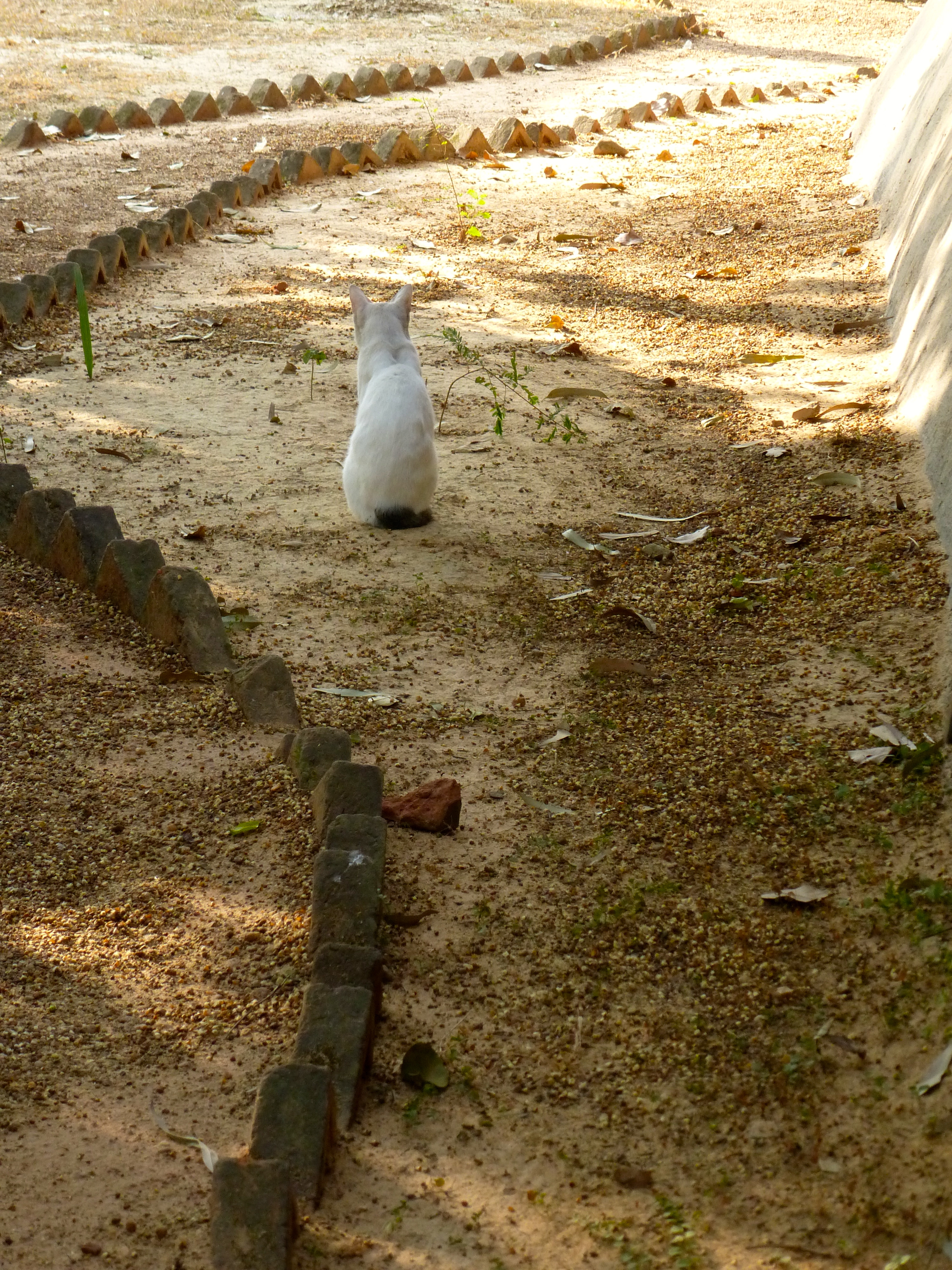 As you can see, there was a dearth of cats. There are many more dogs than cats roaming around in India, perhaps because the cats have shorter lives or are simply less visible.

What all cats aspire to be: a tiger, Khajuraho temple: 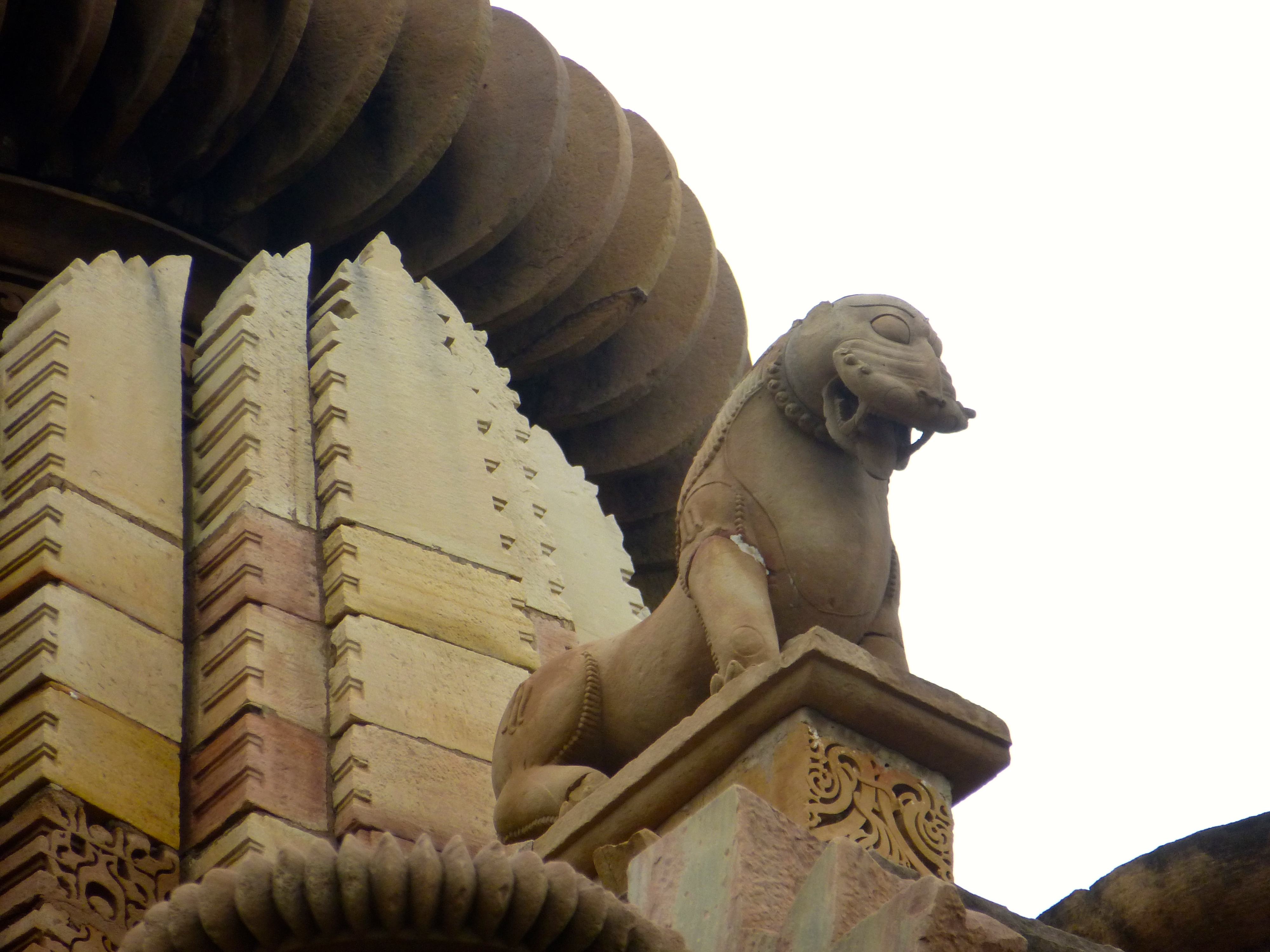 Lagniappe: A Leon monologue! Here’s Leon, the Polish tabby owned by Elzbieta, taking his first walk as a kitten. He wears a harness because her previous cat, allowed to roam free, disappeared, and they won’t let that happen again. Leon is going for a hike in the mountains this weekend, and will wear his harness as well as sitting in a special “kangaroo pouch” that his staff carries for when he gets tired.  (This reminds me of Baihu’s walks.)

The caption: “Learning to know the world is quite tiresome.” 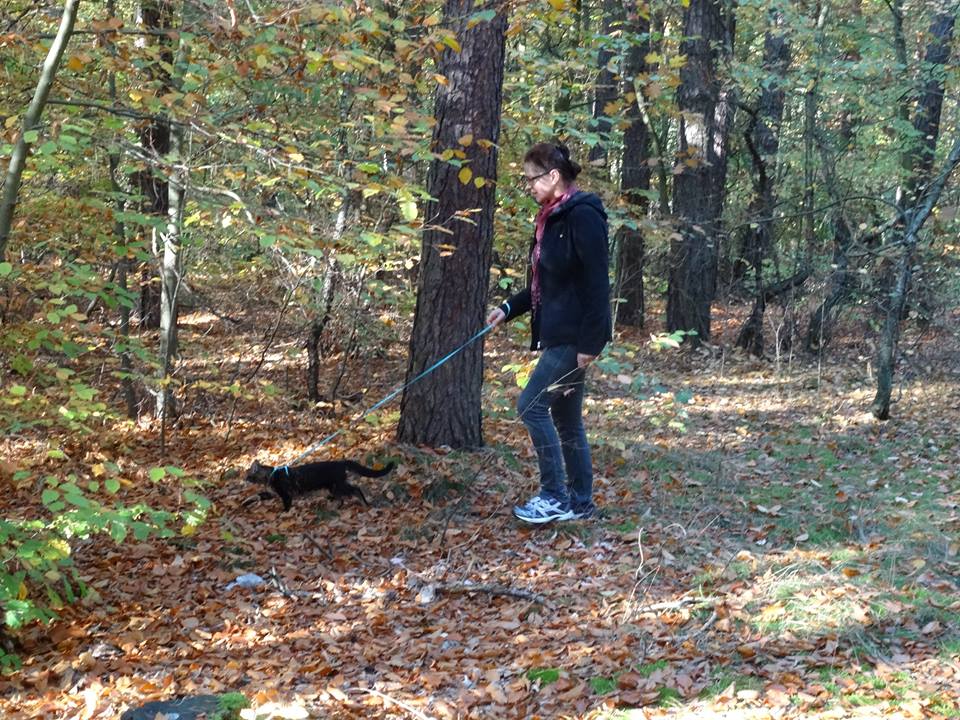 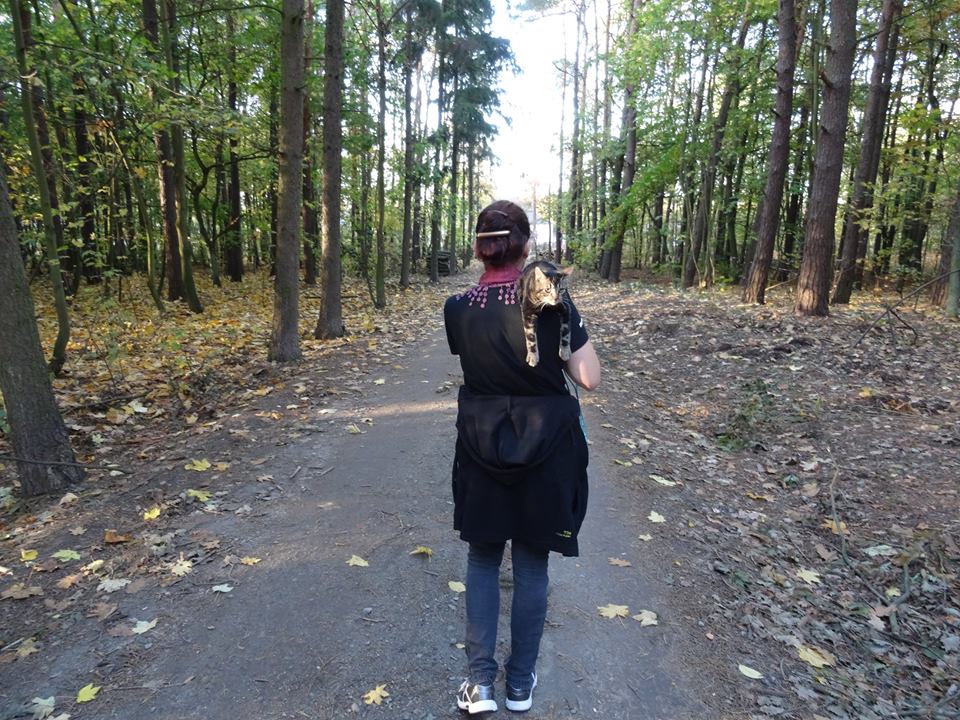 Here he is last week practicing for the Big Hike. Caption: “I’m patiently learning how to be a kangoroo during mountain walks.” 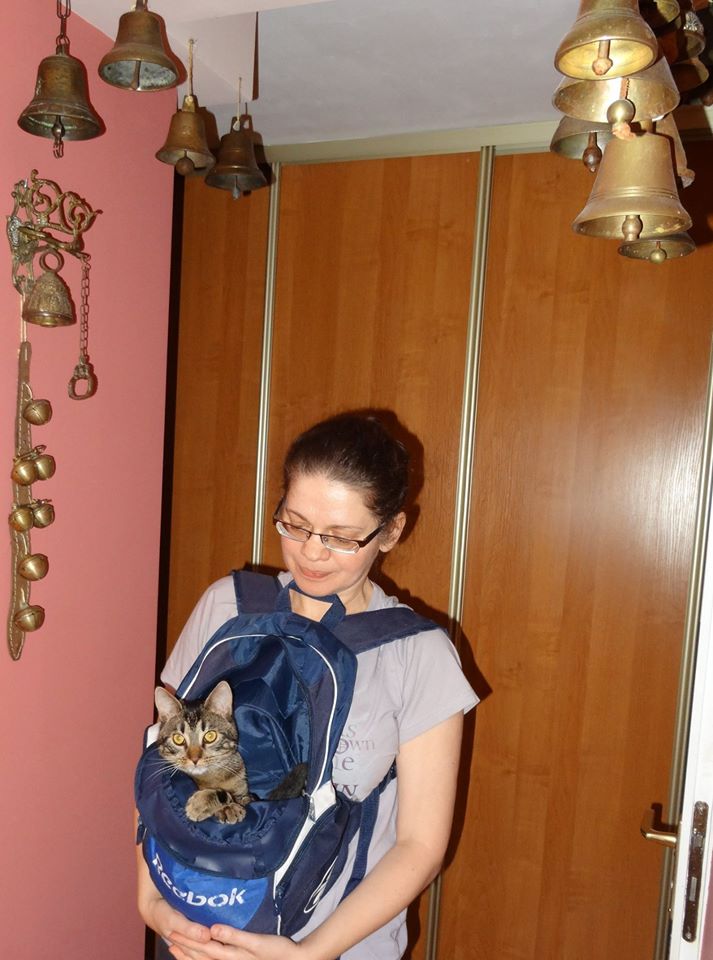 17 thoughts on “Caturday felids: The cats of India (and Leon lagniappe)”