The Charlie Hebdo affair gave extremist Islam a bad image, and it’s ironic that it also gave rise to something that also erodes the image (which is already pretty bad) of extremist Jews, i.e. the ultra-Orthodox believers.  I’ve discussed recently the extreme misogyny of ultra-Orthodox Jews, which in that case took the ludicrous form of Jews on planes refusing to sit next to women lest they get polluted with female cooties. They even offered other passengers money to switch seats so they wouldn’t have to sit next to someone with one X chromosome more than they had. This nonsense, which has happened three times in the last six months, delayed the planes.

The latest episode, which makes no sense to me at all, involves an ultra-Orthodox Jewish newspaper, The Announcer, editing a photo of the Charlie Hebdo “Solidarity March” in Paris to remove two female participants! As Mediaite reports:

The image that ran on the front page of the Israeli newspaper The Announcer edited two female world leaders out of the image, originally provided by wire service GPO: German Chancellor Angela Merkel and EU foreign policy chief Federica Mogherini. A third woman in a blue scarf who we can’t identify was also photoshopped out. [The site has an update saying that the third “woman” might actually be Anne Hidalgo, the mayor of Paris] 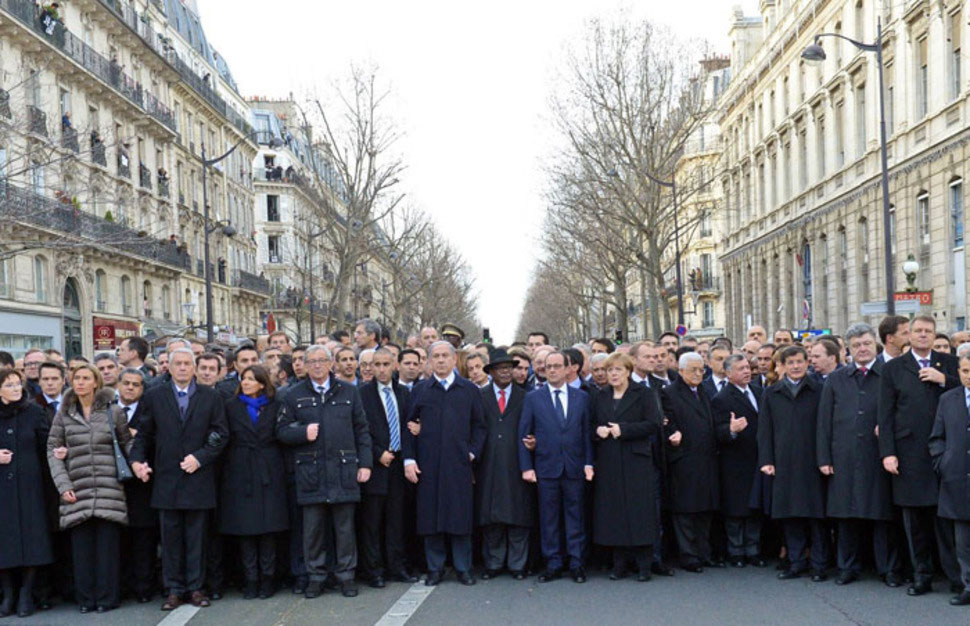 Below is version that ran in the paper sans females. As Mediaite notes, “Merkel and Mystery Woman are gone completely, while Mogherini was simply cropped out of the photo”: 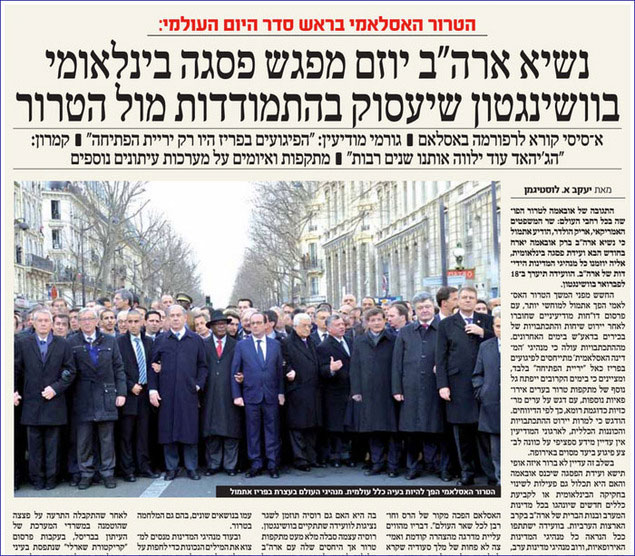 The site gives details showing evidence of emendation, though it’s hardly needed in light of the above. And Swiss President Simonetta Sommaruga appears to have been cropped out, too.

Yes, I know these crazy religionists don’t want to touch or sit next to women, but what on earth is their excuse for removing women from a news photograph? Can it be that they’re so bull-goose crazy that they can’t even tolerate women next to men in a picture?  I have no explanation, but it’s clear that the anti-female aspect of the faith is involved.