This is but a small sample of Indian signs that struck my funnybone.  Indian English is often heavily influenced by British usage, for, after all, the British controlled this subcontinent for about two centuries. The effect on language can be hilarious, as in this sign we saw in a small roadside restaurant near Calcutta. 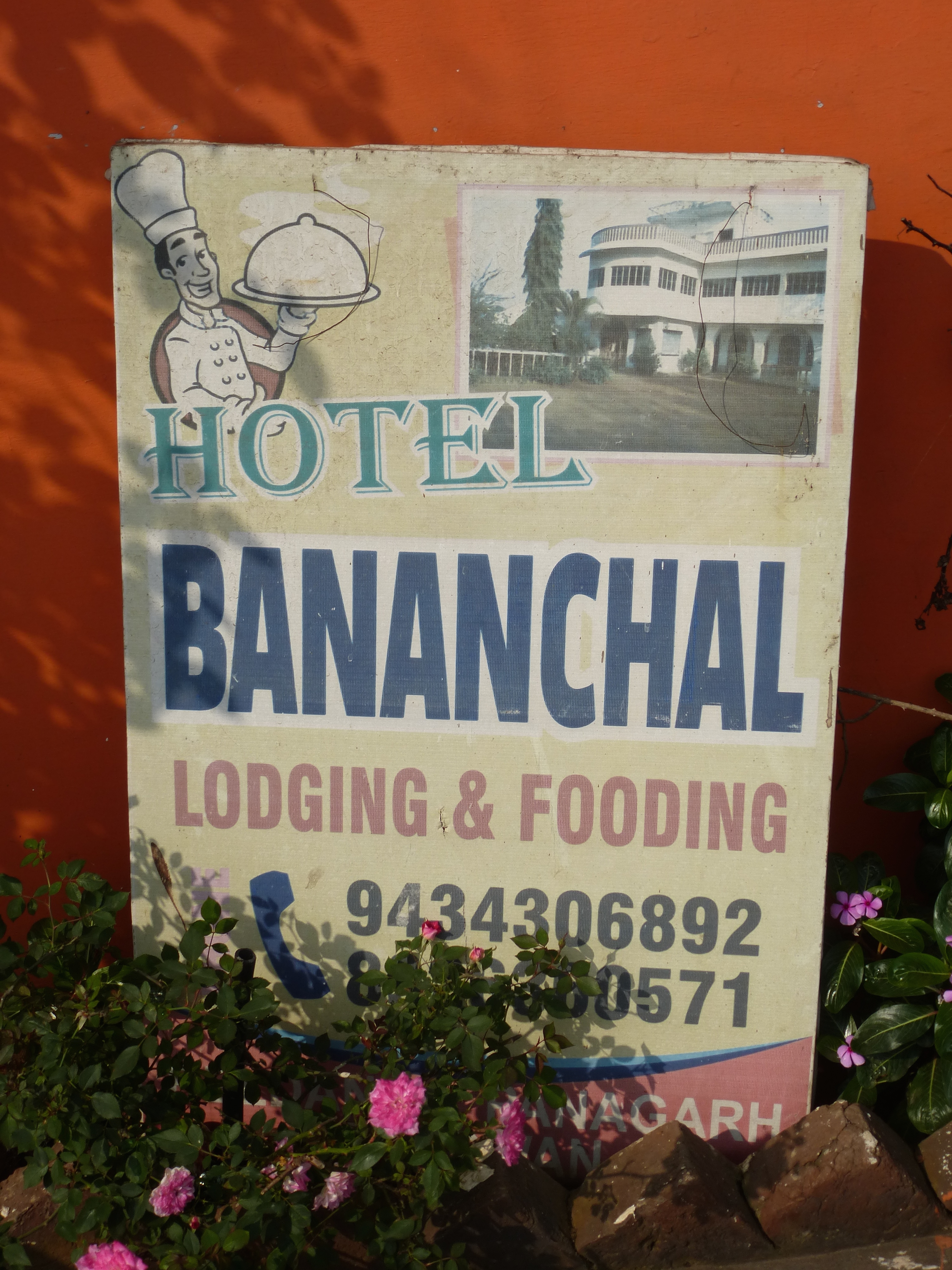 “Fooding” has become a favorite word of mine. I’m going to start saying “it’s time for fooding!” before meals.

I saw the sign below in the Jute Exhibition tent at the annual Poush Mela fair in Santiniketan: 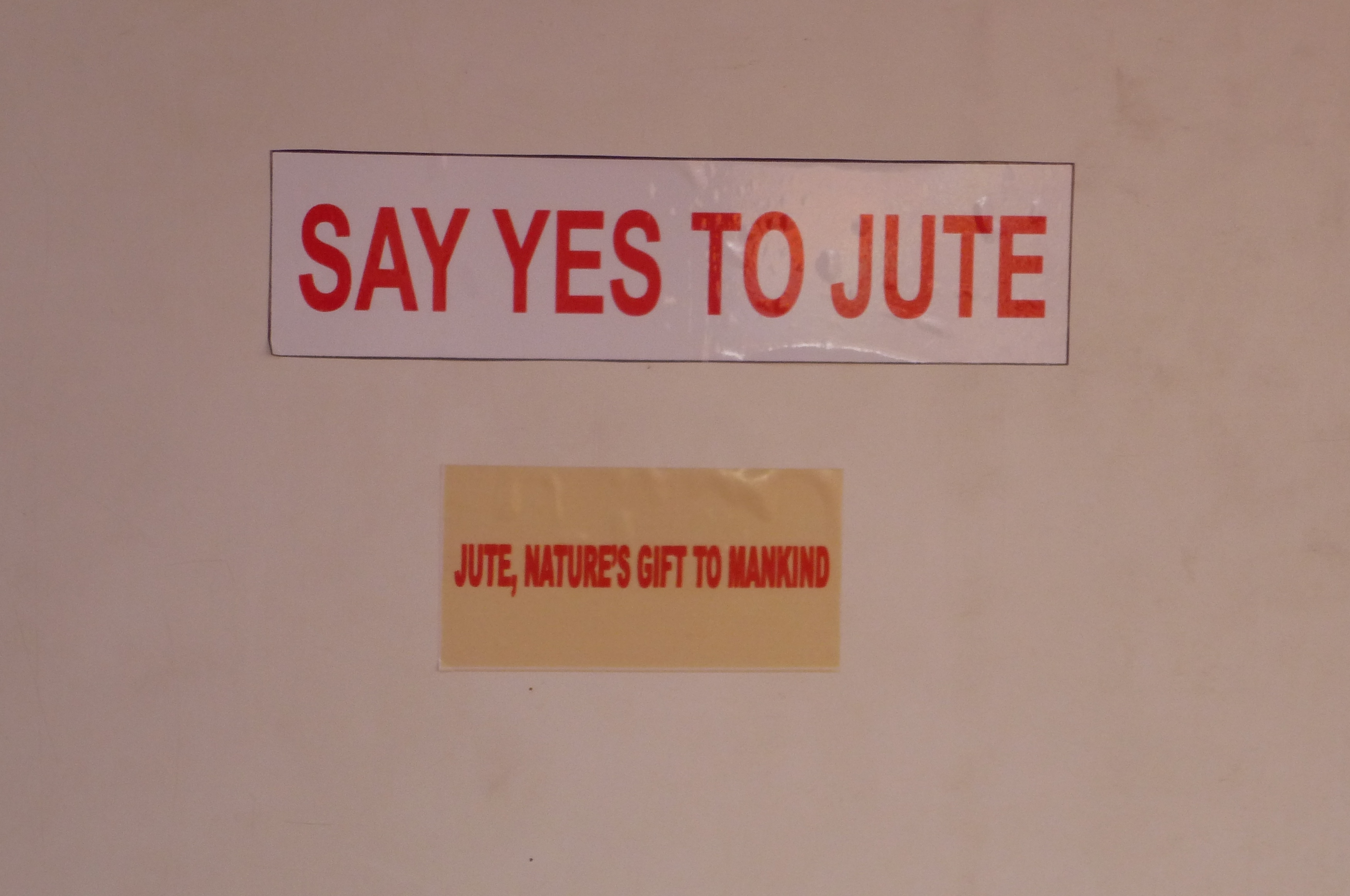 I will never say no to jute again! After all, it is, among all things on Earth, the one gift nature has vouchsafed humanity.

Below is a fairly common sign, which I’m going to place on Da Roolz page. Another English legacy are the signs on some walls that say, “Stick no bills.” 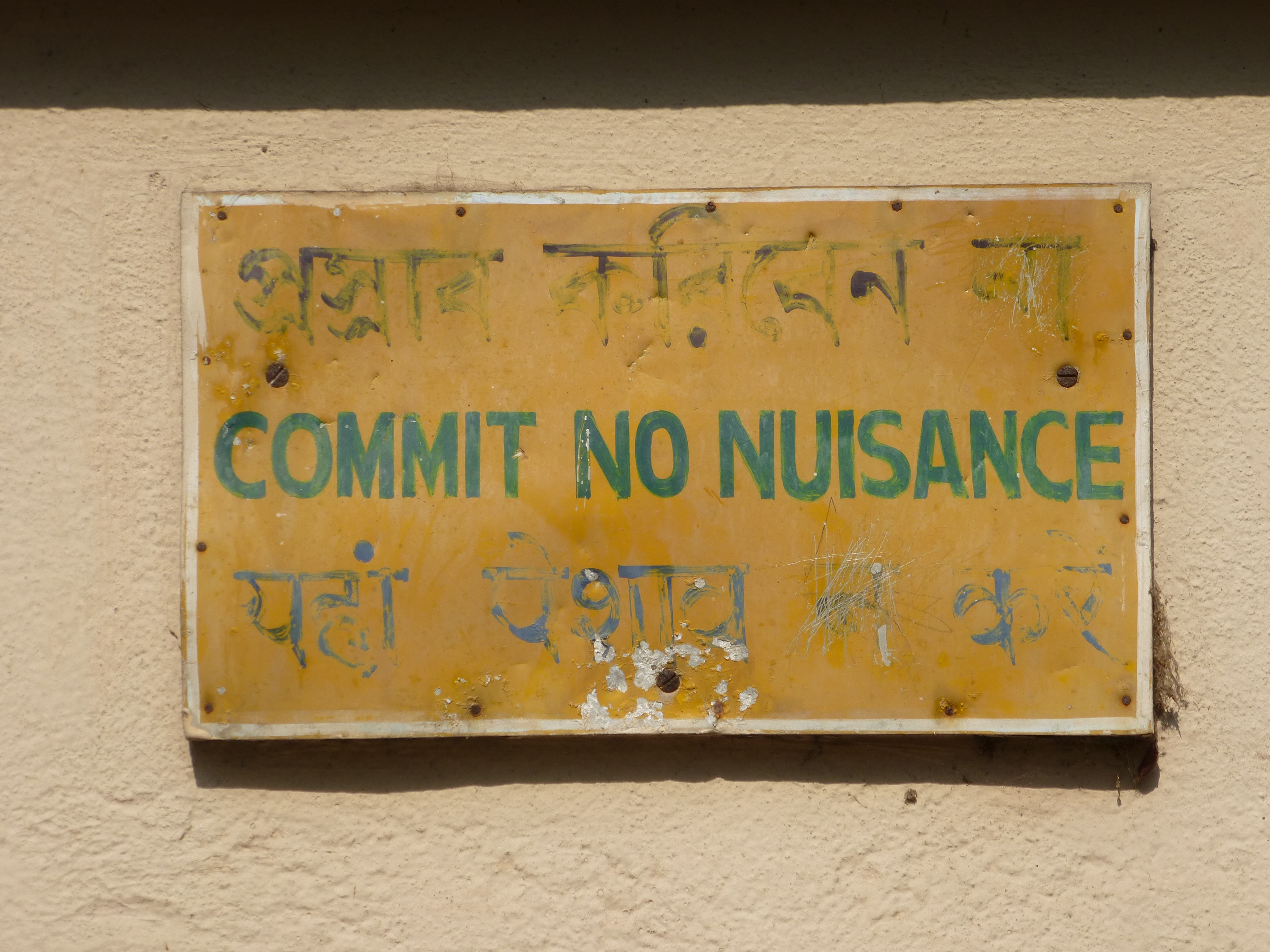 I found the sign below at the entrance of a mosque in Bandel, which had a water tank for pre-worship ablutions that also contained goldfish. “Paddy” is rice, and the “parched” version is puffed, much like the puffed-rice cereal one gets in America: 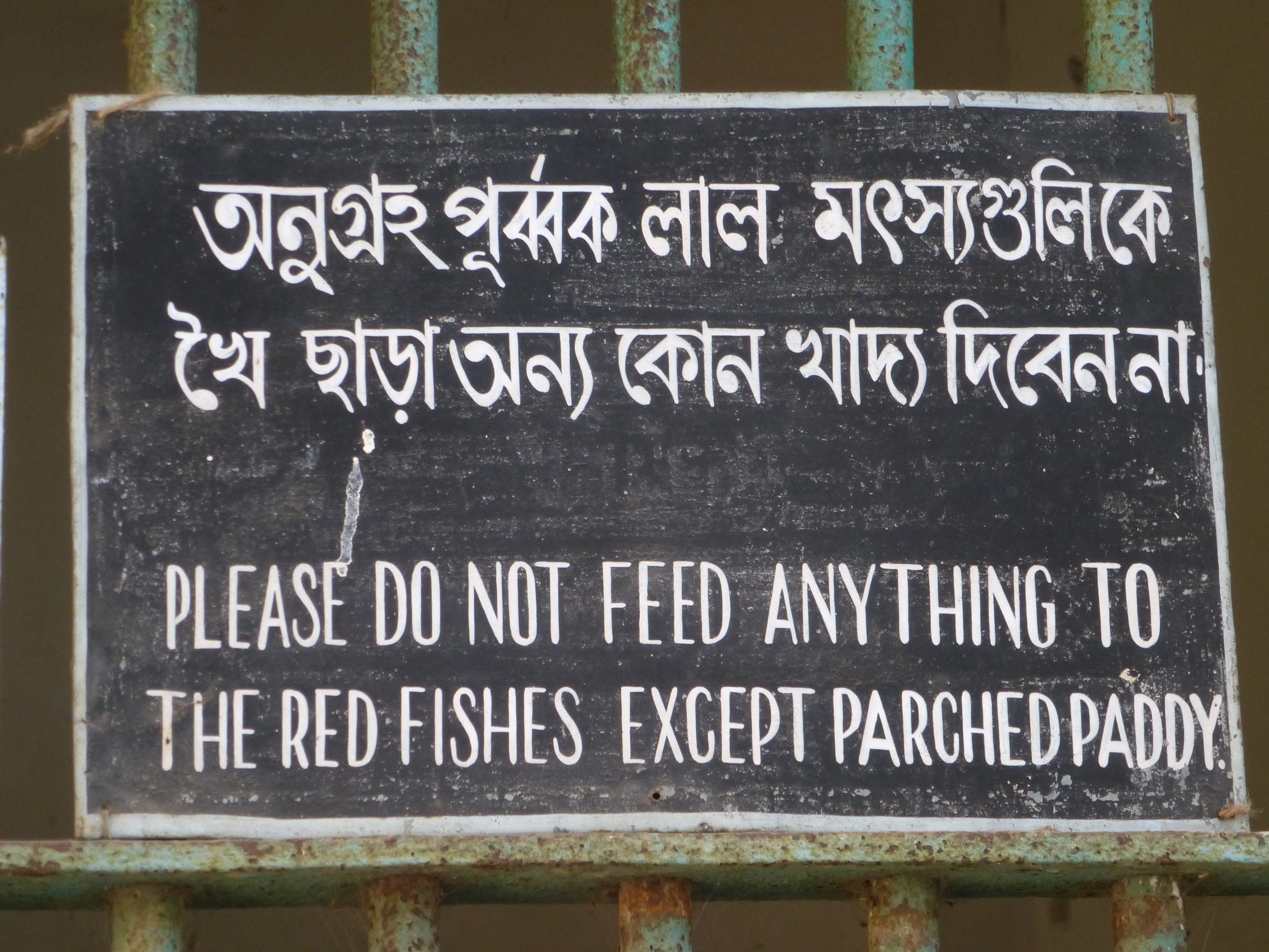 Many taxis in Calcutta simply refuse to take potential customers where they want to go. This can be because the distance is too small or the destination is in an inconvenient part of town. The practice, which angers many Indians, has spawned a genre of cabs that abjure the practice, proudly displaying these hand-painted words on their side: 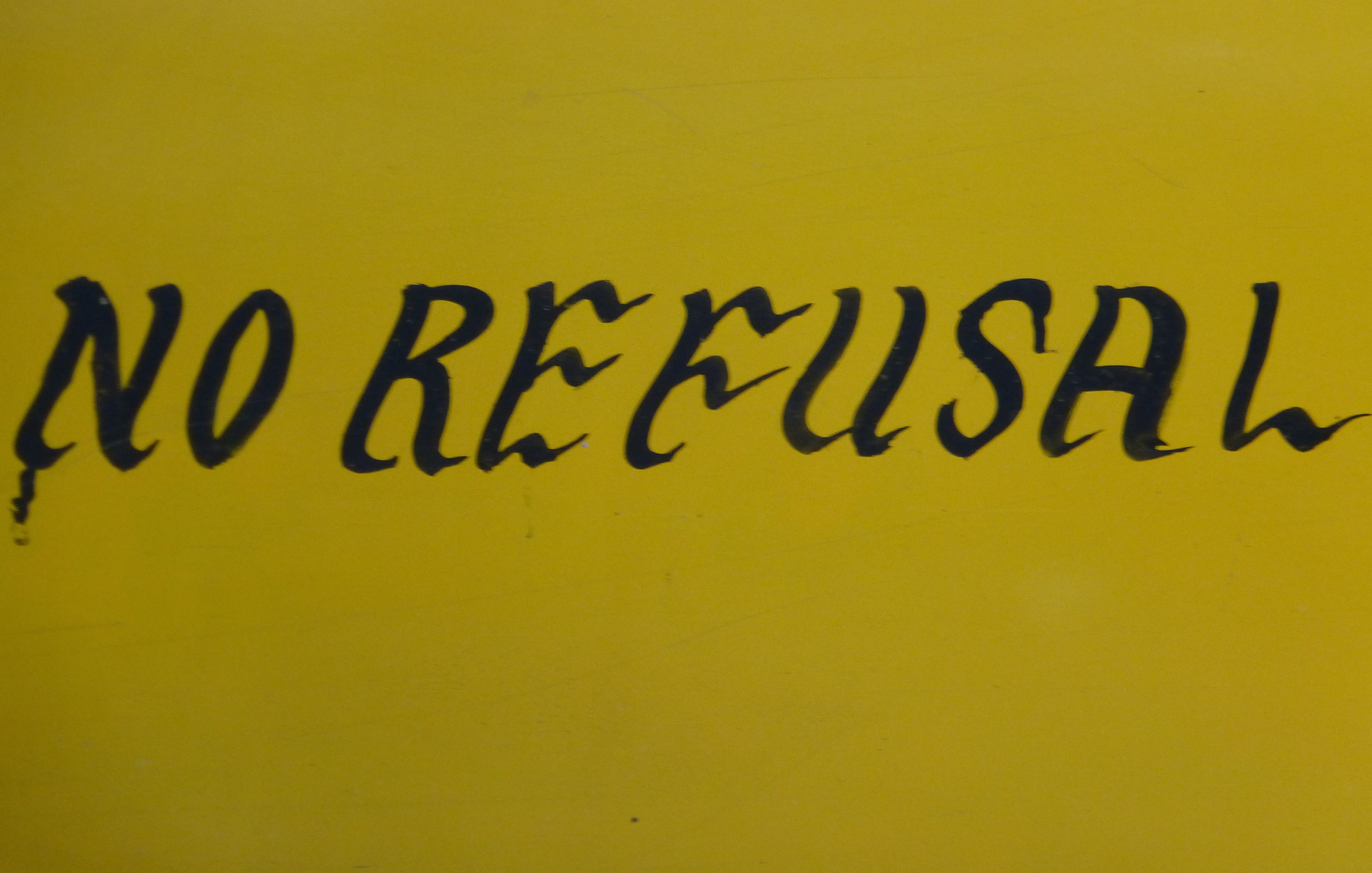 Finally, this sign is not for amusement, but shows what porters charge to carry your bags at the famous Howrah railway station in Calcutta. Notice that loads are often carried on the head: it’s quite a sight to see porters carrying three or four huge suitcases balanced on their cranium. The rates are in rupees, withthe current rate set at about 65 rupees to the dollar, so you can see that prices are very low here. 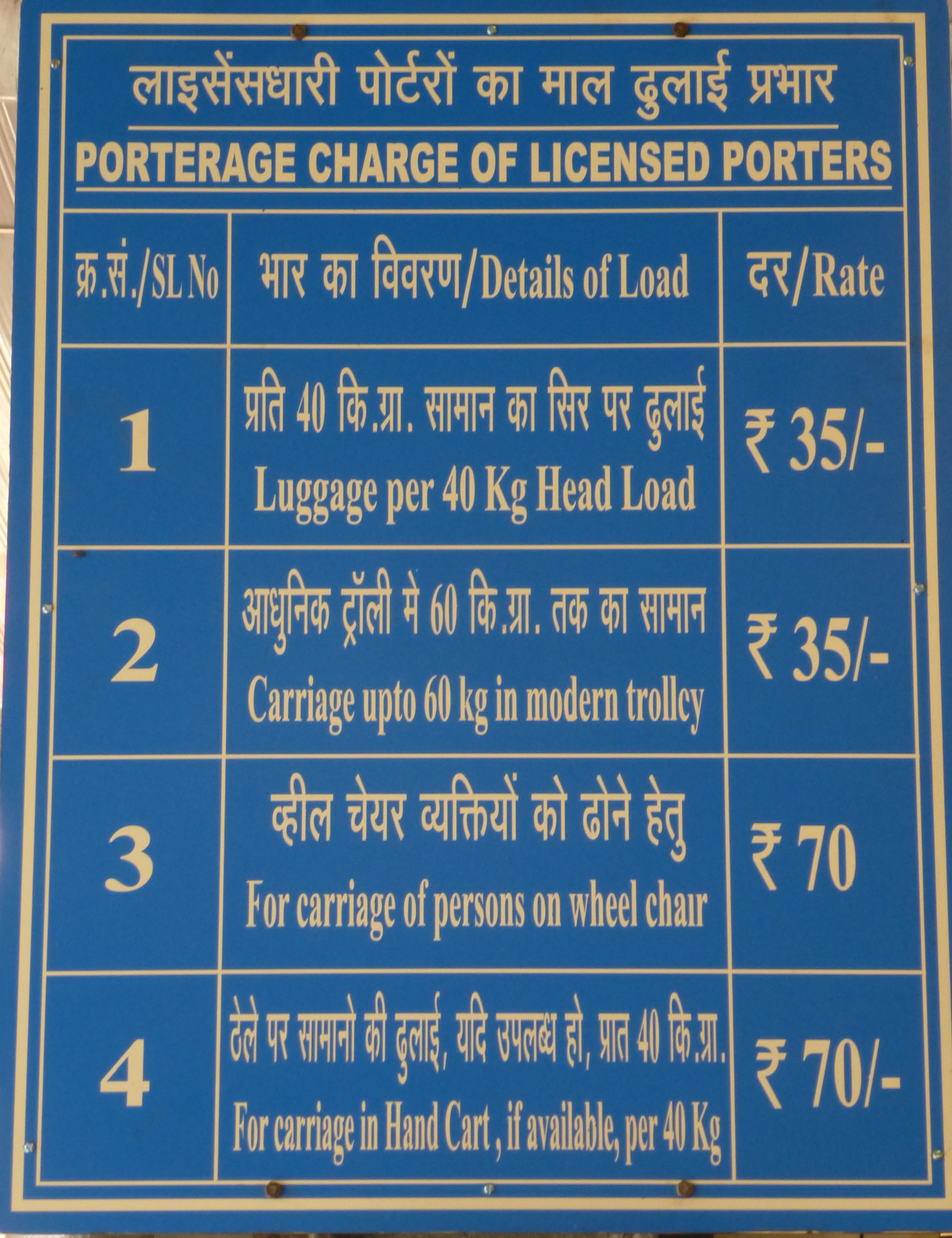