A couple weeks ago I was feeding a fat mother squirrel, whose teats were much enlarged. She was obviously pregnant.  Then she disappeared, and today I saw not only her (much thinner!), but also this little tyke—obviously a several-week-old member of the first brood.

This one hasn’t yet mastered the art of opening sunflower seeds quickly, but it gets the job done.  The gray squirrels here have two broods per year, so I’m looking forward to another batch. Despite having an entire pile of sunflower seeds out of the picture to the right, this juvenile is stealing the seeds from the birdfood. Its butt is up against the water dish, which is weighed down by a piece of cement. 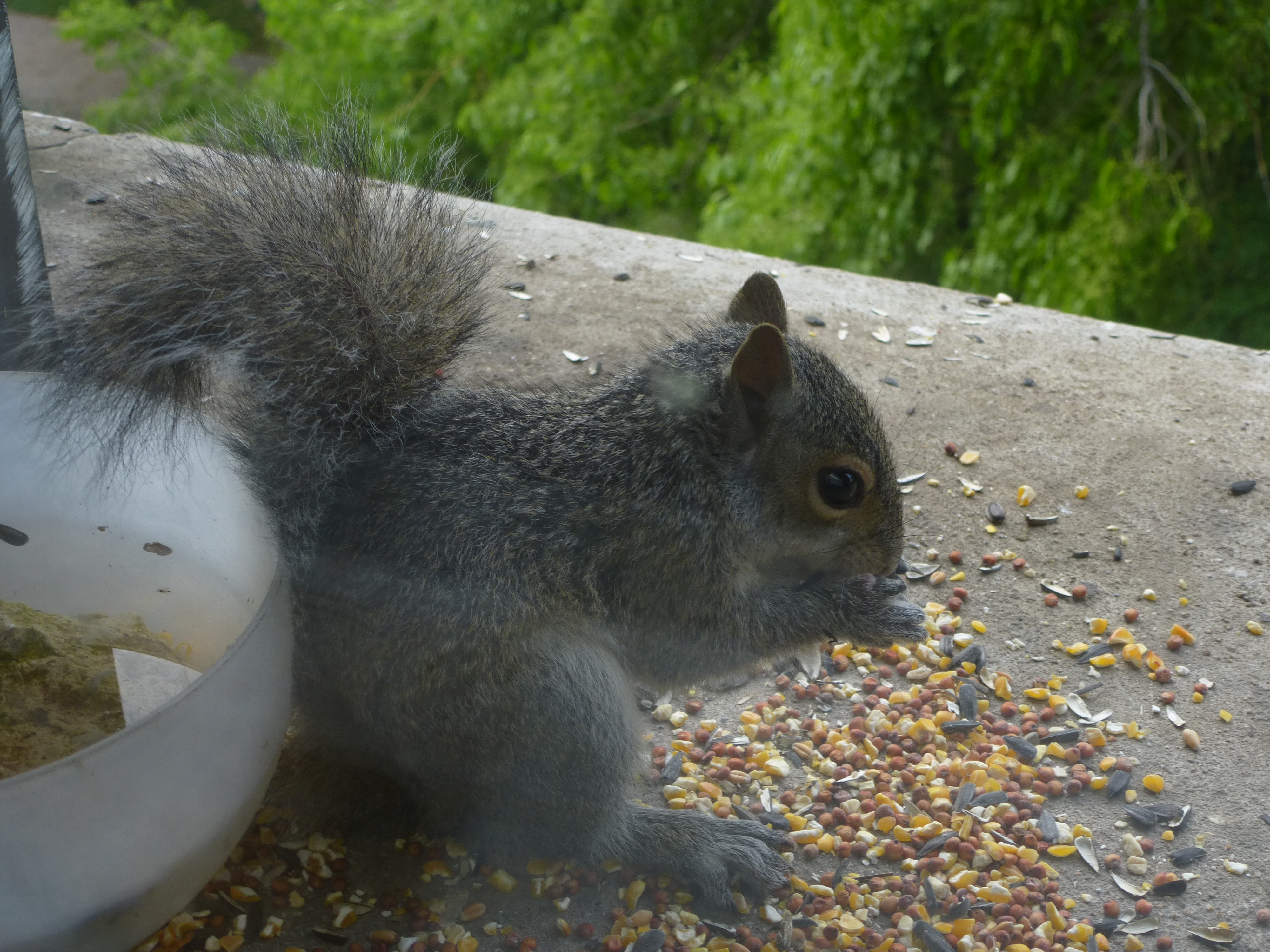 Usually there are several babies born in a litter, so I’m wondering if this one is a singleton.