Okay, okay. I was going to ask Matthew (who produced this graphic) to post it later, but so many people are demanding to know where the moth is that I’ll show it now. If you’re in the U.S. and aren’t up by 8 a.m. anyway (exclusive of Hawaii and Alaska), you’re a slacker if you haven’t seen the original photo.

Now, if you’re really good at insects, tell us what kind of moth it is. [UPDATE: Martin Stevens, who took the photo, sent me this version of the reveal (the moth has its wings spread flat and its head is pointing to 8 o’clock (ish)): 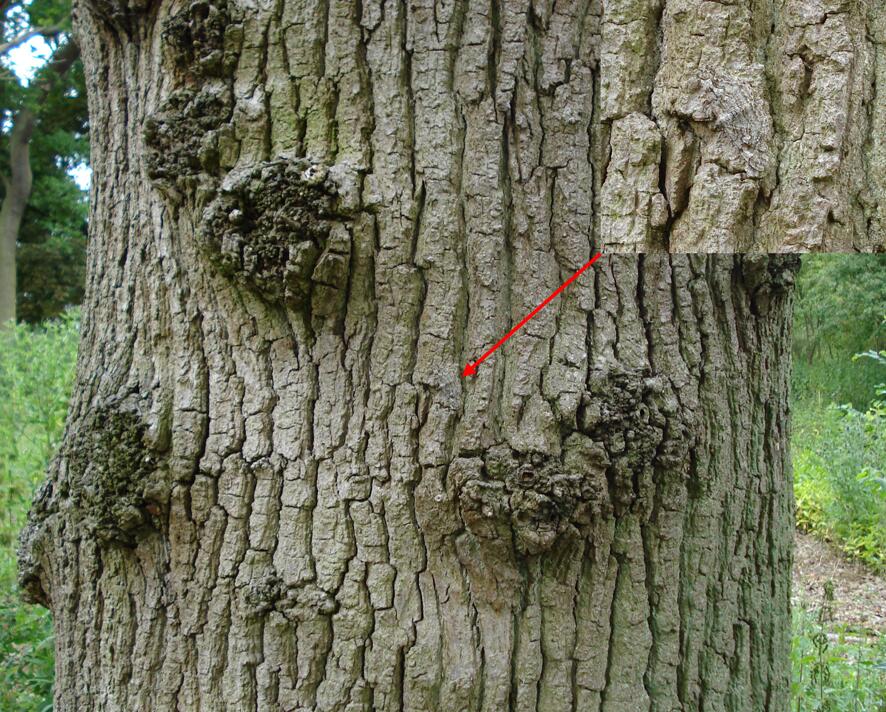 For those of you who couldn’t see it (and that includes Jerry), don’t beat yourselves up. Martin tw**ted me: “It is hard to see! I show it in lectures and in outreach etc and few people find it without help or the close up version!” – Matthew Cobb]
SECOND UPDATE: (by JAC): Reader Amy noted this, as did I when I looked closely. There’s a hidden ogre in the tree, circled in the picture below, leading Amy to wonder if that’s why the moth was trying to hide: