What can I say? Here are the YouTube notes for this wonderful video showing the inspection of a penguin who has his own Wikipedia page, Nils Olav.

On Monday morning, 22 August, His Majesty the King of Norway’s Guard paid a very special visit to RZSS Edinburgh Zoo to bestow a unique honour upon our resident king penguin Sir Nils Olav. Already a knight, the most famous king penguin in the world was given the new title of “Brigadier Sir Nils Olav”.

I guess the Norwegian Guard went to Edinburgh to honor the penguin, which must have been a pricey jaunt. Note the dignity with which Sir Nils inspects the troops, and his final call of approval. He wears his medal proudly! I love it when the salute him!

And a bit about the penguin which explains it all.

Brigadier Sir Nils Olav III (Norwegian: [ˌnɪls ˈôːlɑv]) is a king penguin who resides in Edinburgh Zoo, Scotland. He is the mascot and colonel-in-chief of the Norwegian King’s Guard. The name ‘Nils Olav’ and associated ranks have been passed down through three king penguins since 1972 – the current holder being Nils Olav III.

The family of Norwegian shipping magnate Christian Salvesen gave a king penguin to Edinburgh Zoo when the zoo opened in 1913.

When the Norwegian King’s Guard visited the Edinburgh Military Tattoo of 1961 for a drill display, a lieutenant named Nils Egelien became interested in the zoo’s penguin colony. When the King’s Guard returned to Edinburgh in 1972, Egelien arranged for the regiment to adopt a penguin. This penguin was named Nils Olav in honour of Nils Egelien and King Olav V of Norway.

Nils Olav was initially given the rank of visekorporal (lance corporal) in the regiment. He has been promoted each time the King’s Guard has returned to the zoo. In 1982 he was made a corporal, and promoted to sergeant in 1987. Nils Olav I died shortly after his promotion to sergeant in 1987, and his place was taken by Nils Olav II, a two-year-old near-double. He was promoted in 1993 to the rank of regimental sergeant major and in 2001 promoted to ‘honourable regimental sergeant major’ On 18 August 2005, he was appointed as colonel-in-chief of the same regiment. During the 2005 visit, a 4-foot-high (1.2 m) bronze statue of Nils Olav was presented to Edinburgh Zoo. The statue’s inscription includes references to both the King’s Guard and to the Military Tattoo. A statue also stands at the King’s Guard compound at Huseby, Oslo. 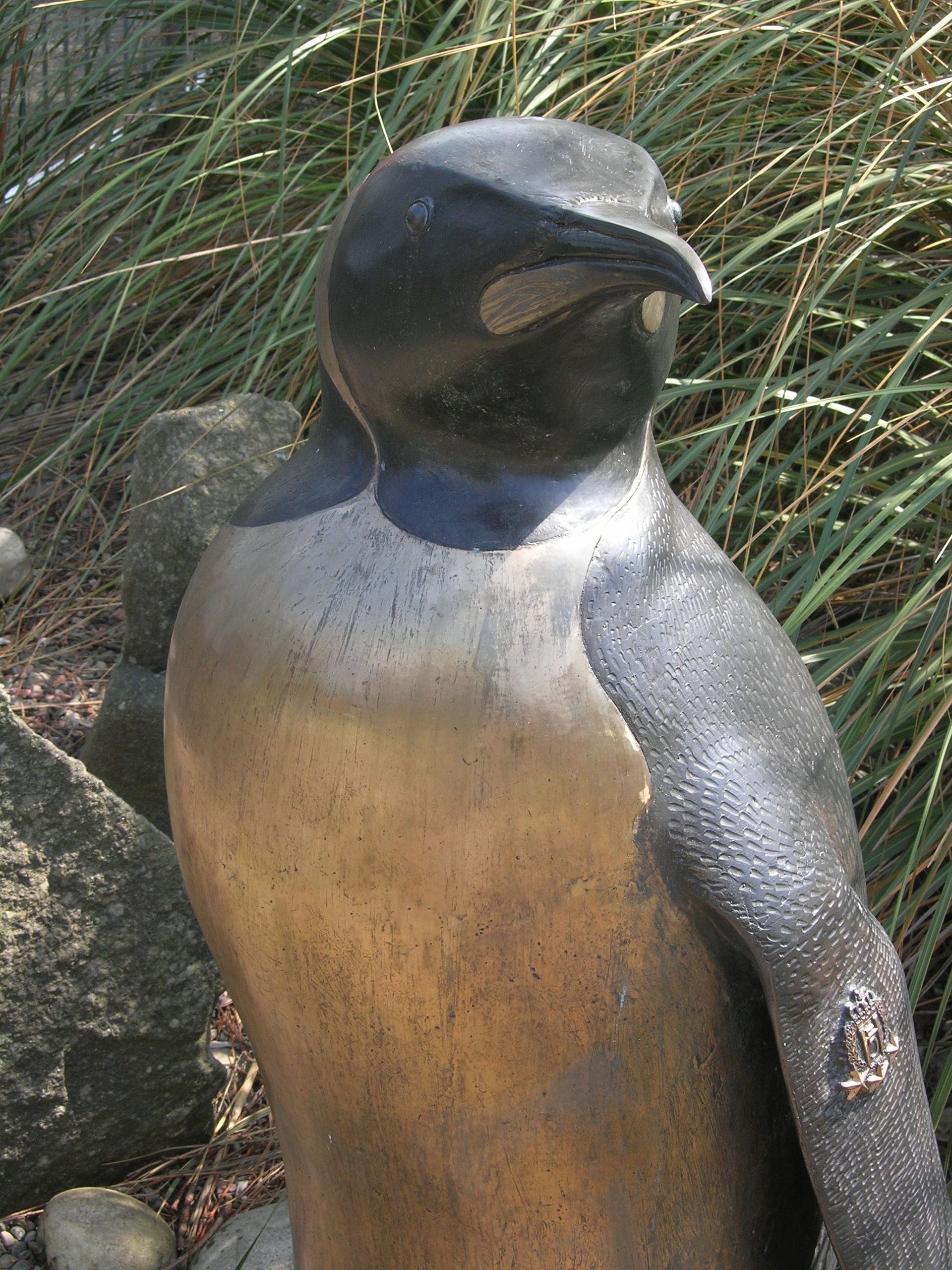 3 thoughts on “King Penguin in the Edinburgh Zoo gets promoted to brigadier general in the Norwegian Guard. Lots of ceremony!”