If you have any good photos, please send them in, or disaster will ensue.

Today we have a batch of spider photos from Mark Sturtevant. His narrative and IDs are indented, and you can enlarge the photos by clicking on them.

Here are some local spiders that I found a couple summers ago, all within a half mile of my house in eastern Michigan.

First up is a female wolf spider (it looks like Trochosa sp.), and she is carrying her babies with her in a fine display of parental investment. After a time, the youngsters will disperse and presumably they will become less tolerant of each other. Like many pictures here, the images were manually focus-stacked from a small number of pictures that were each taken by nudging the camera forward a smidge before pressing the shutter. 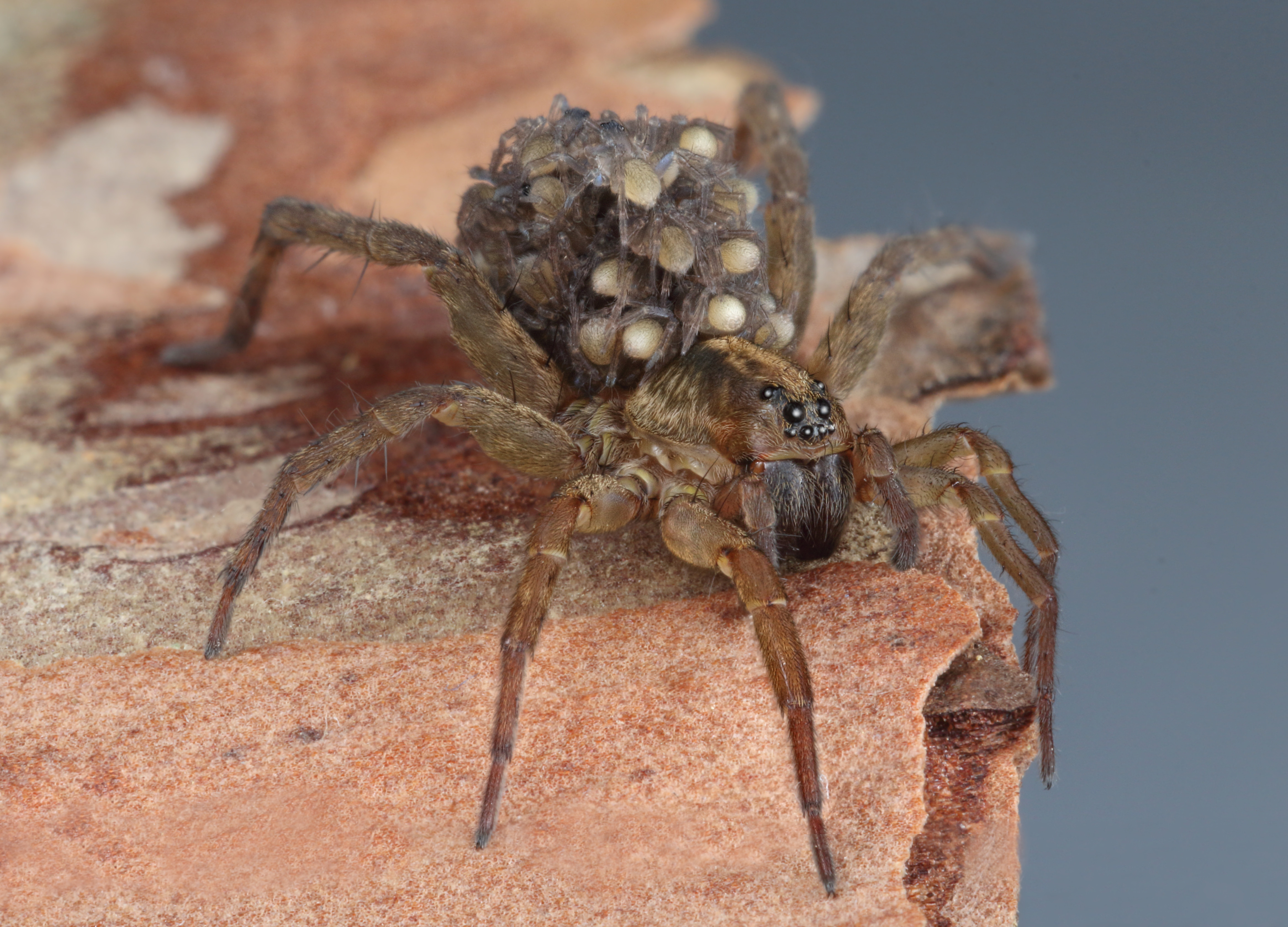 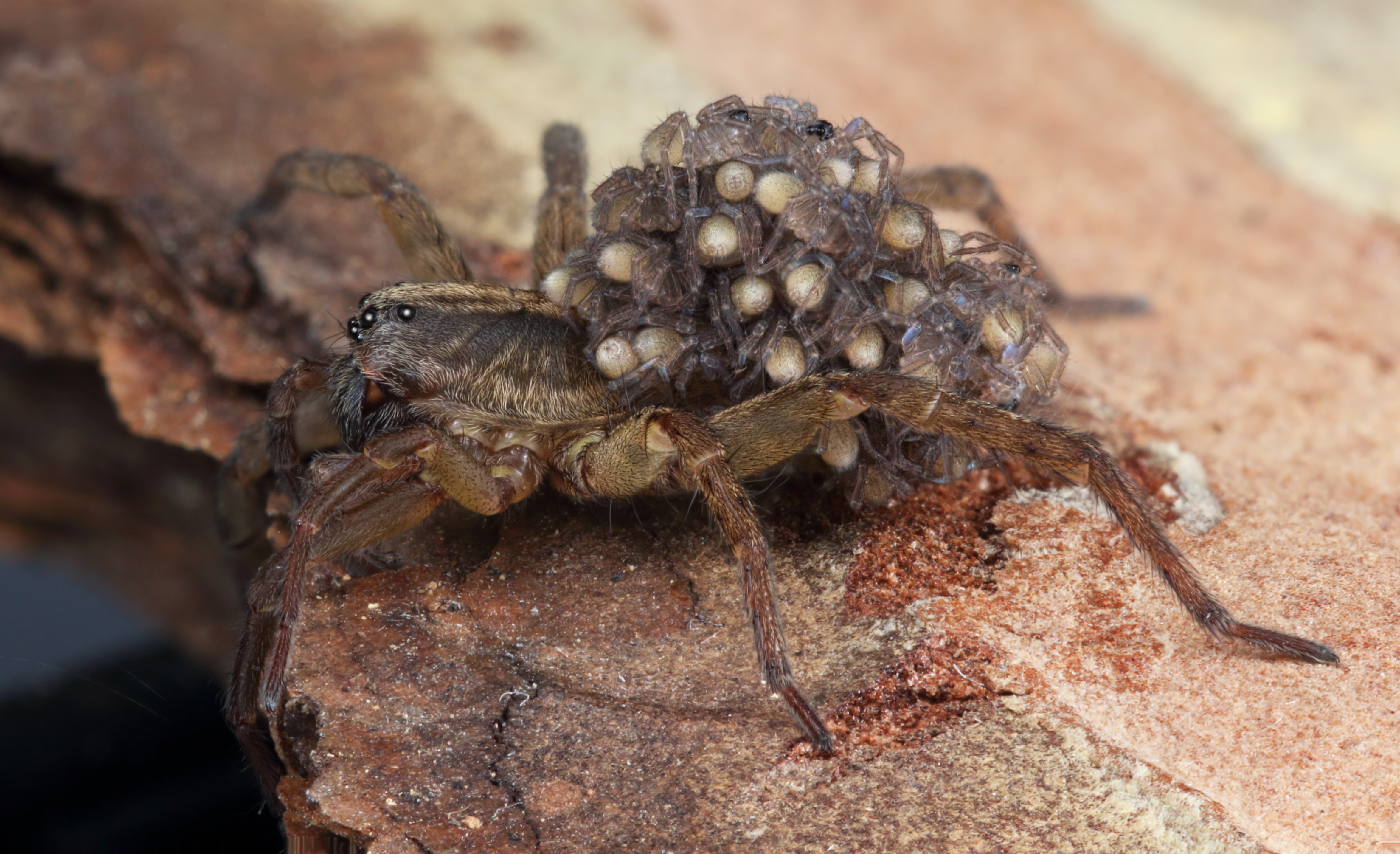 Using a sweep net in fields is a great way to find critters that are otherwise unlikely to be found. The next two spiders were found this way with an ancient net that I’ve had for over 30 years. The first is what I call a “grass spider”, and one can see these are shaped for hiding in tall grasses. It turns out that this is a slender crab spider in the genusTibellus. I am now very interested in the faces of these spiders since if you zoom in and look very closely you can see they have a striking arrangement of eyes. 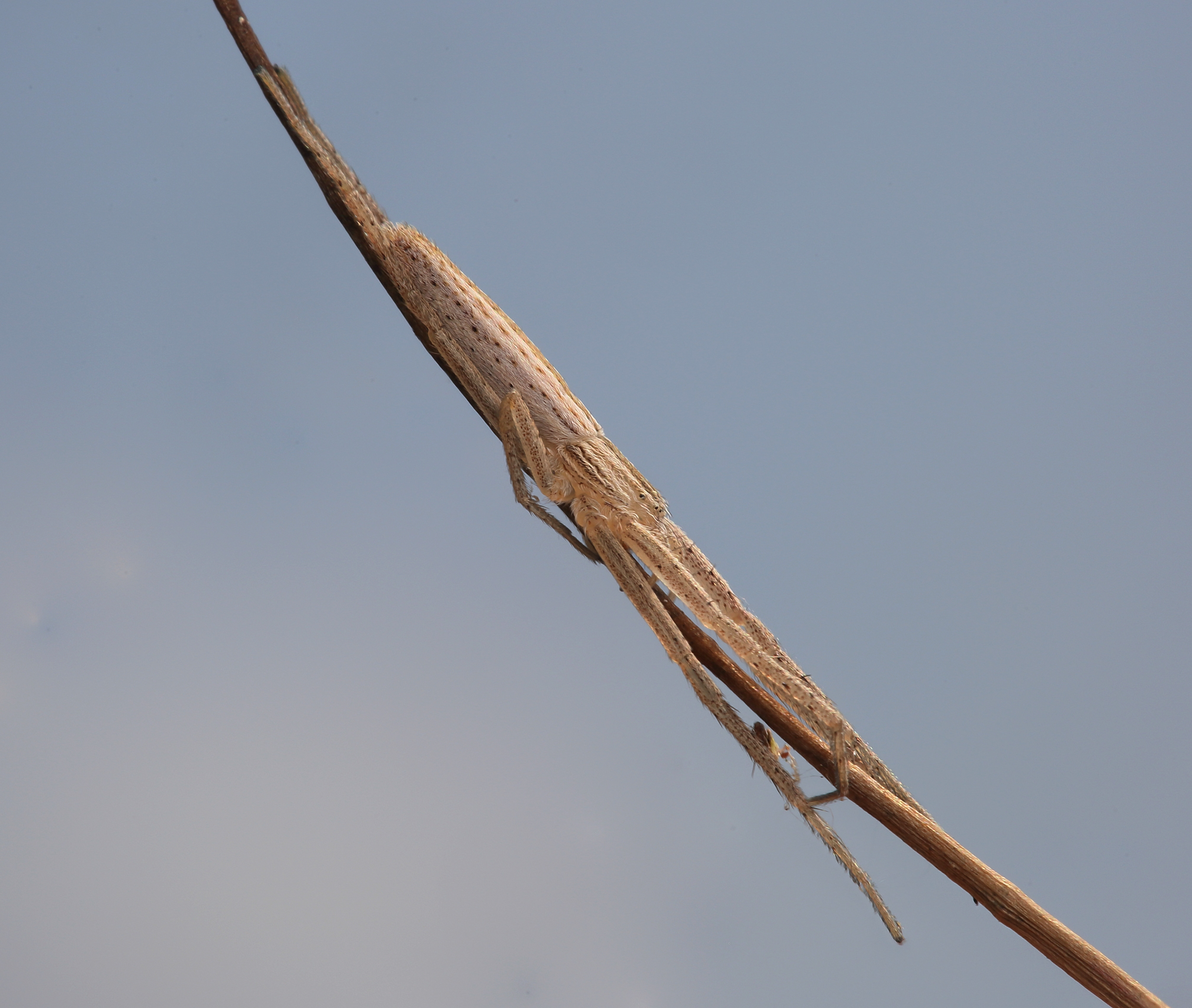 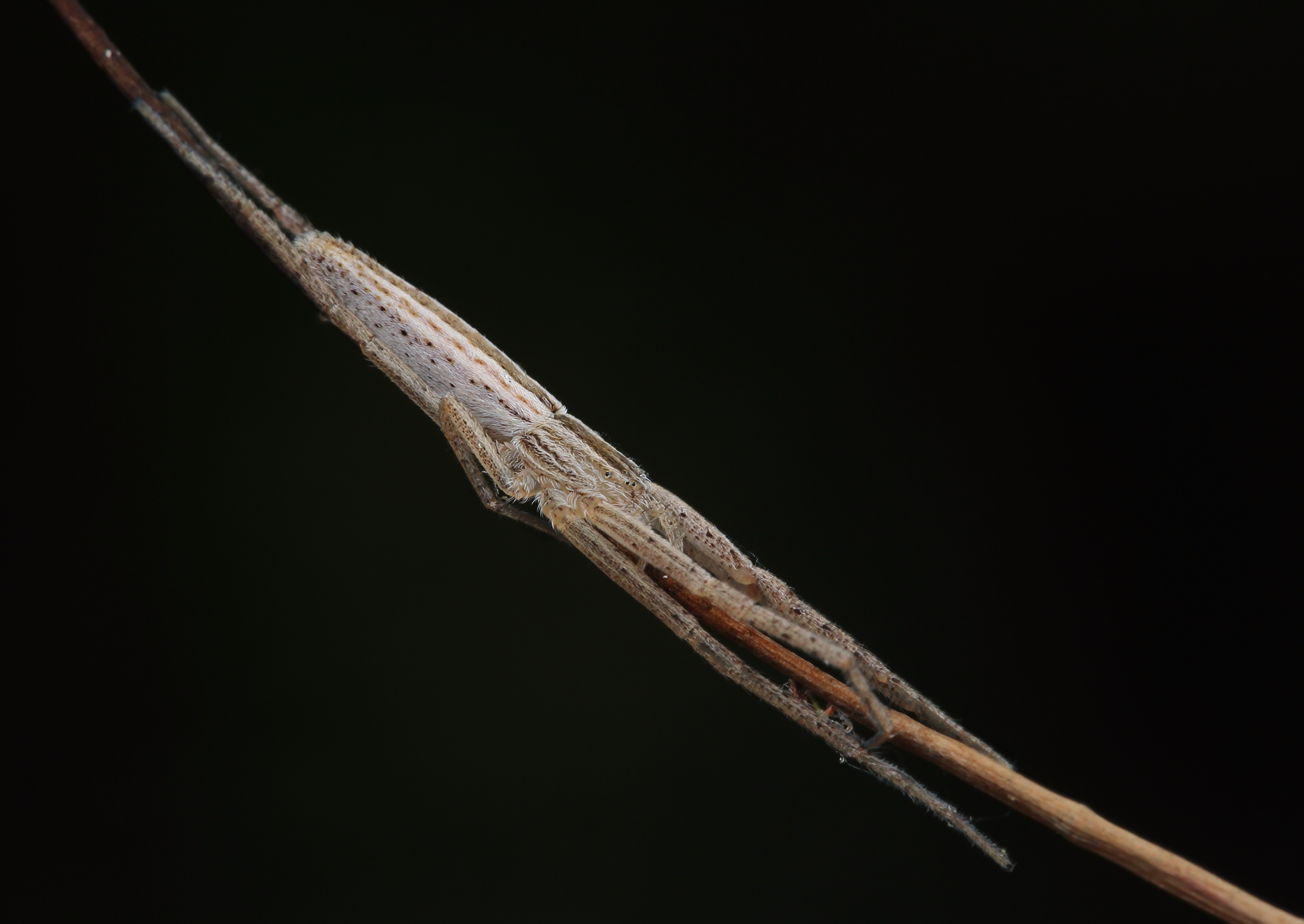 The next spider also turns up in sweep nets on occasion, and I am especially delighted to find them. My online photography friends from California and Texas always show off their pictures of beautiful green lynx spiders, which makes me insanely jealous. But I do have a fine species of lynx spider of my own, called the striped lynx spider (Oxyopes salticus). It is advisable to photograph these indoors, though, since like the species name warns you they are the jumpiest spiders that I know. This one was hopping, hopping, and hopping like a flea all over the dining room table before I could get her to calm the heck down for pictures. She too has an interesting face, and so my next plan is to go all out and get extreme close up views of these interesting spider faces. It is time to at last get a super macro lens. 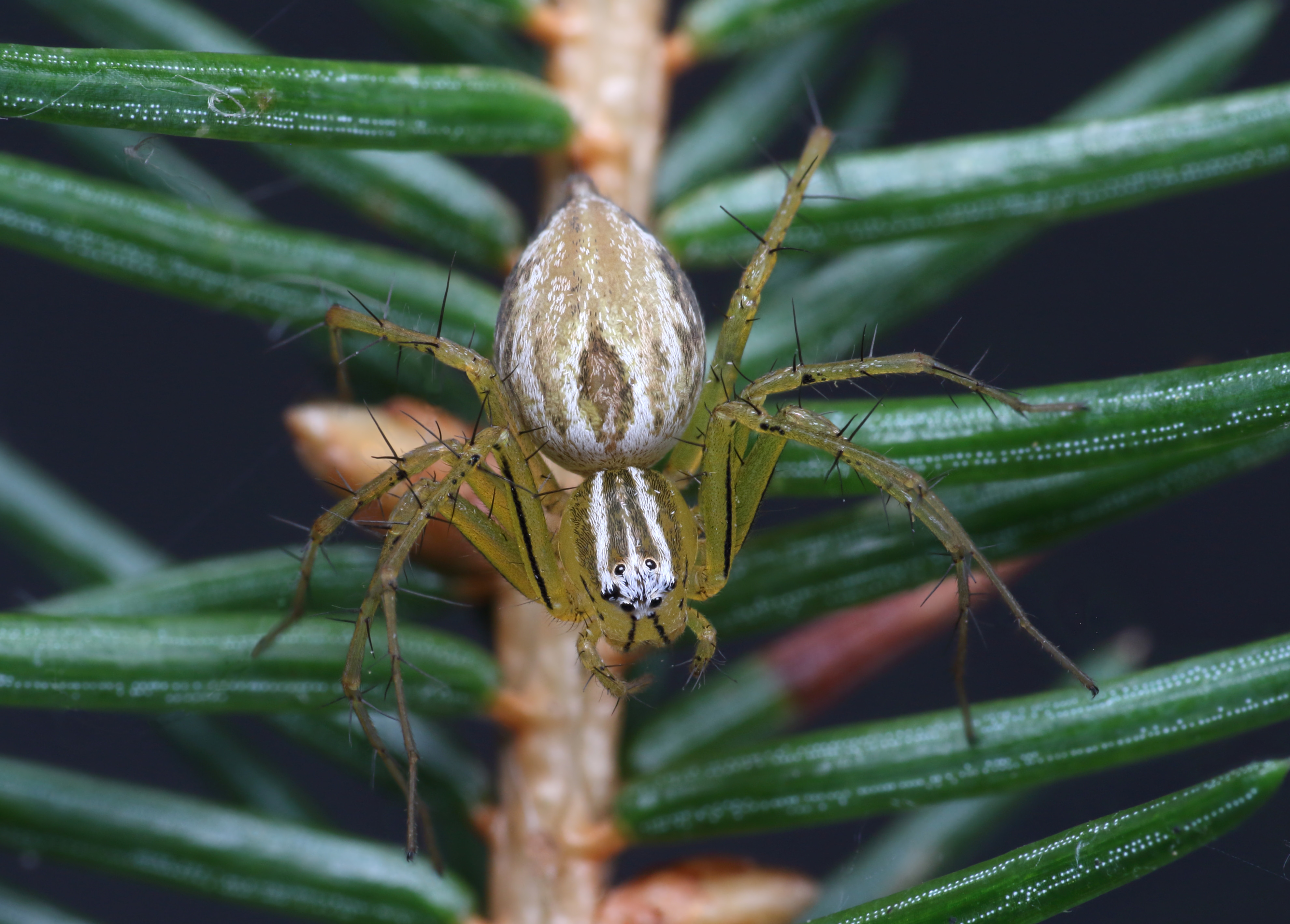 Next up is a regular jumping spider, a male Platycryptus undatus. I can usually find one or two on my shed.  He was very cooperative! 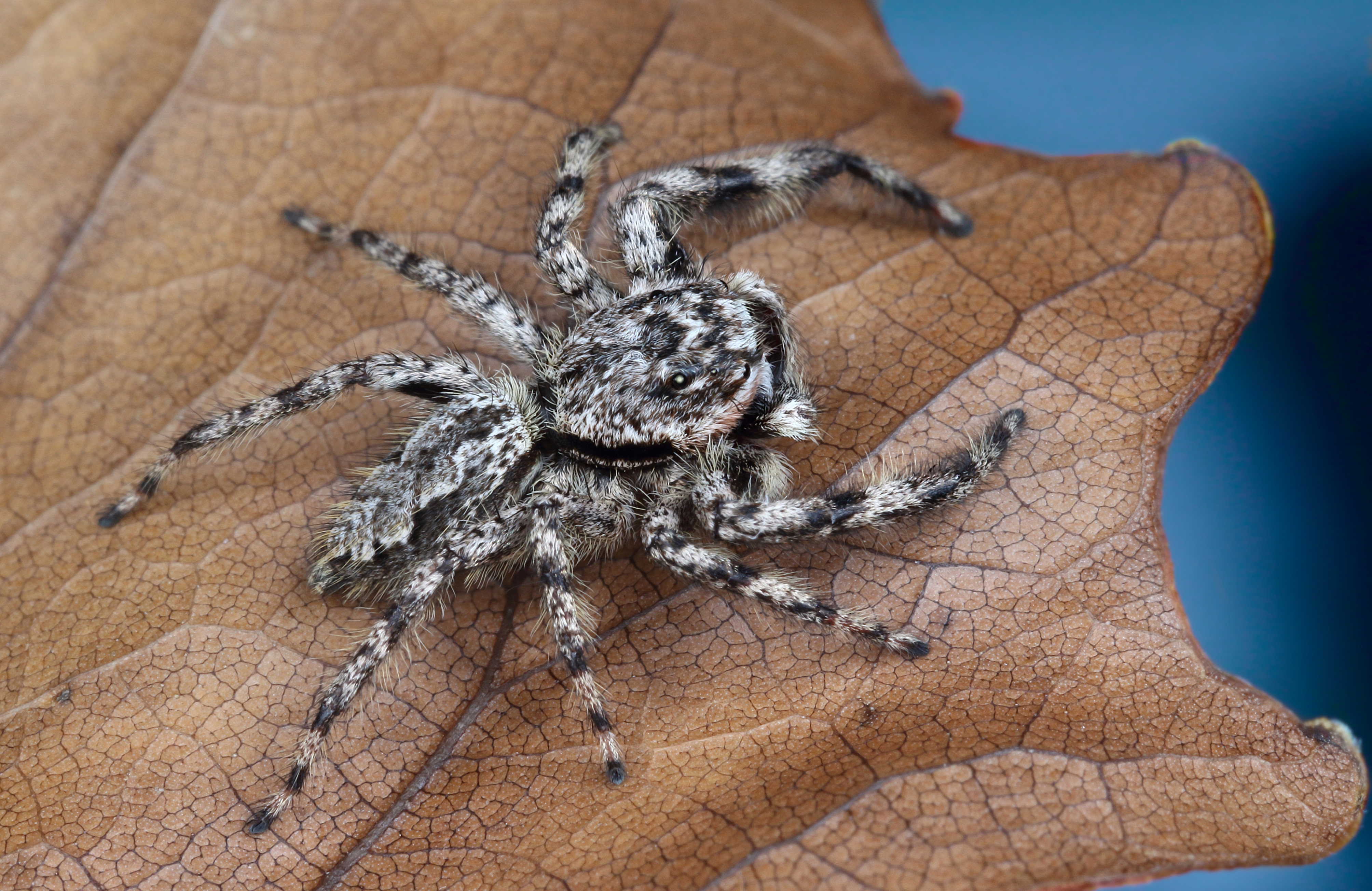 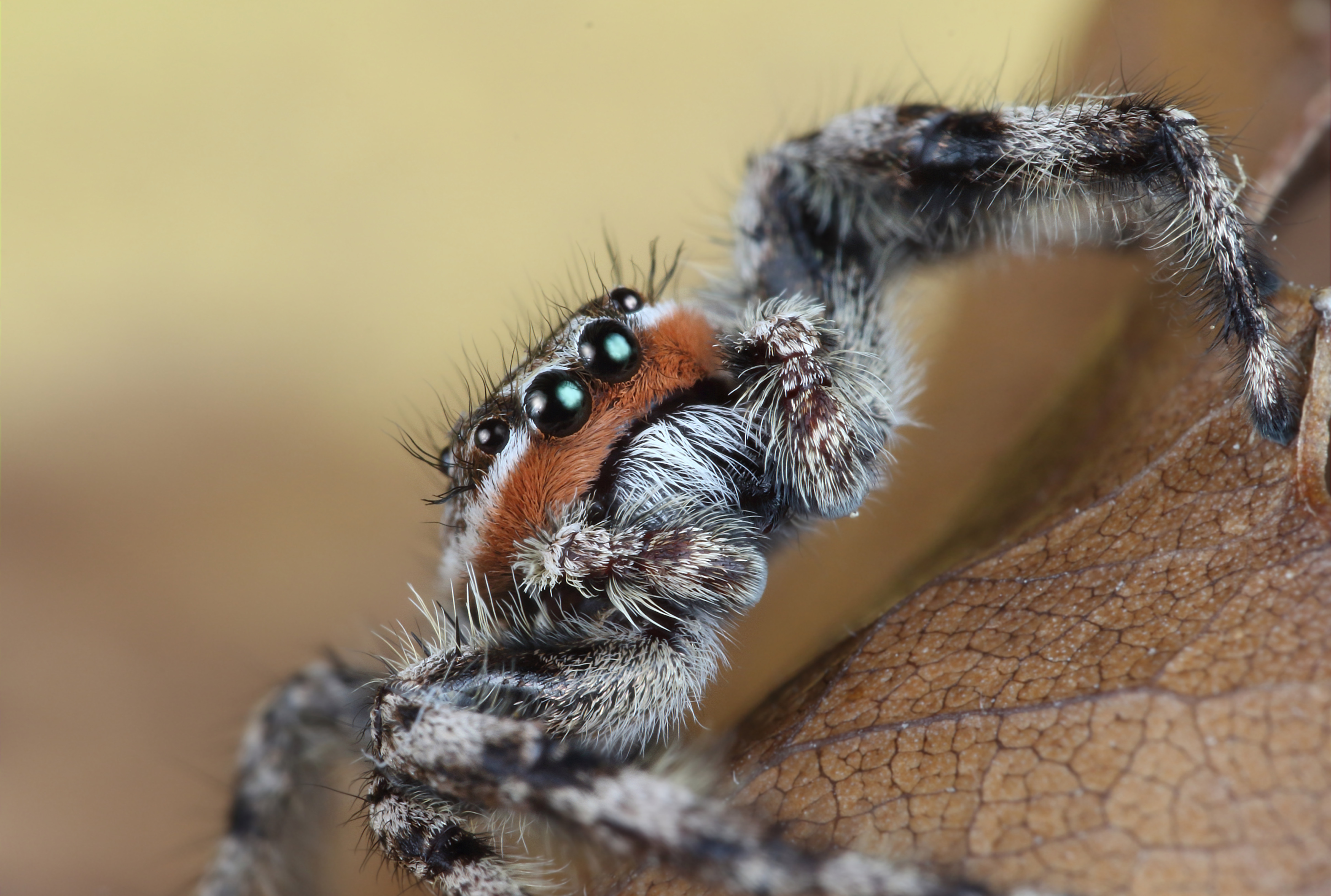 After a heavy rain, I was tasked with moving several bags of mulch that had been sitting out. Along came a spider from under the bags, and he is shown in the last pictures. It is called the woodlouse hunter (Dysdera crocata), although they have other common names. Woodlouse hunters are secretive spiders that lurk in leaf litter and in cracks in the ground where use their ginormous fangs to wrangle woodlice, (pill-bugs, “roly polies” — you know). I longed to find one of these mini-monstrosities. The body length is about the diameter of a U.S. quarter, to give you an idea of it. After years of digging rather cautiously in leaf litter, it turns out that they are living with me, and I guess that heavy rains are the time to go look for them.

Anyway, this one was photographed in a large plastic box. This took some work since it would not hold still, but rather wandered endlessly ‘round and ‘round so that it had to be photographed on the run. It was rather exhausting. 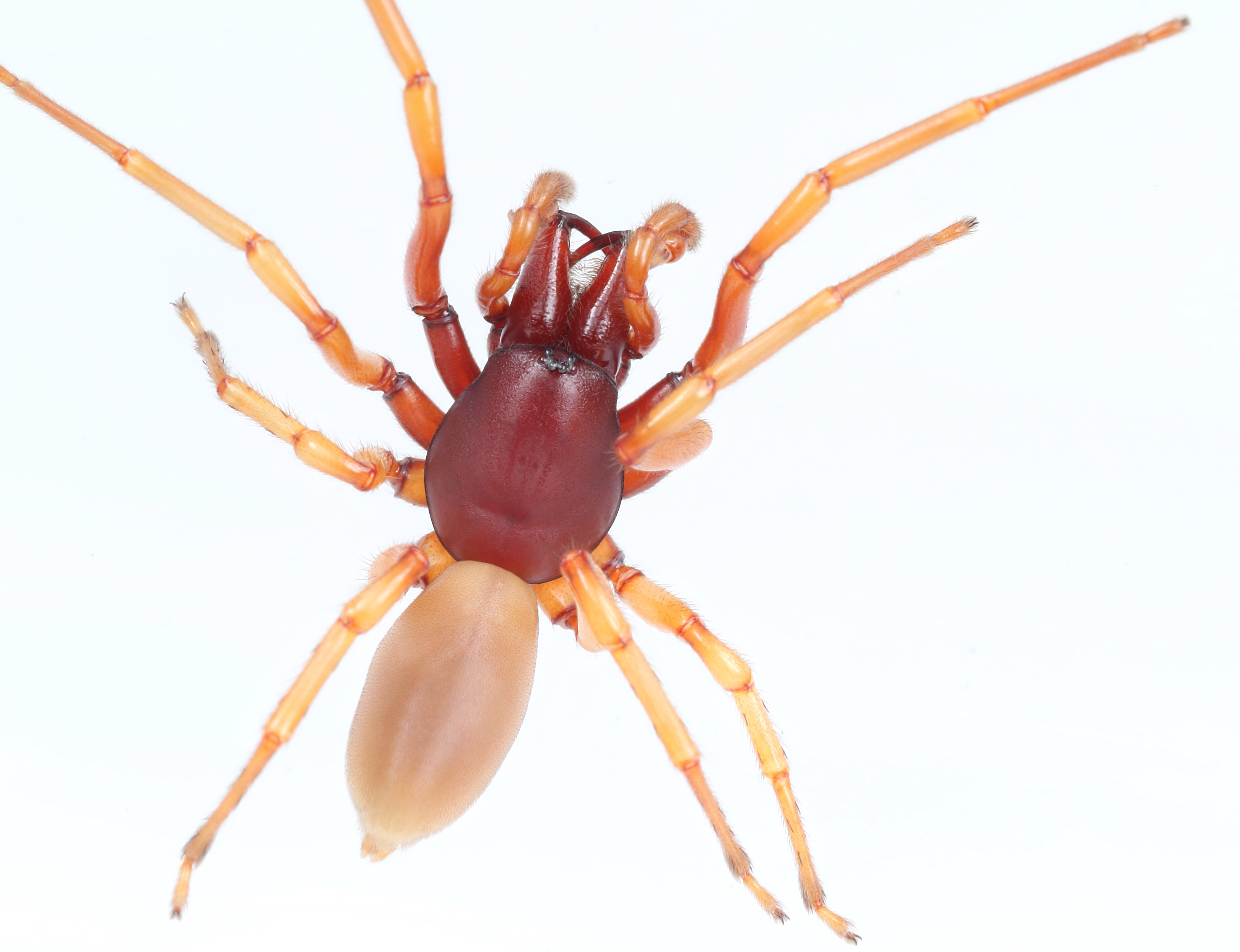 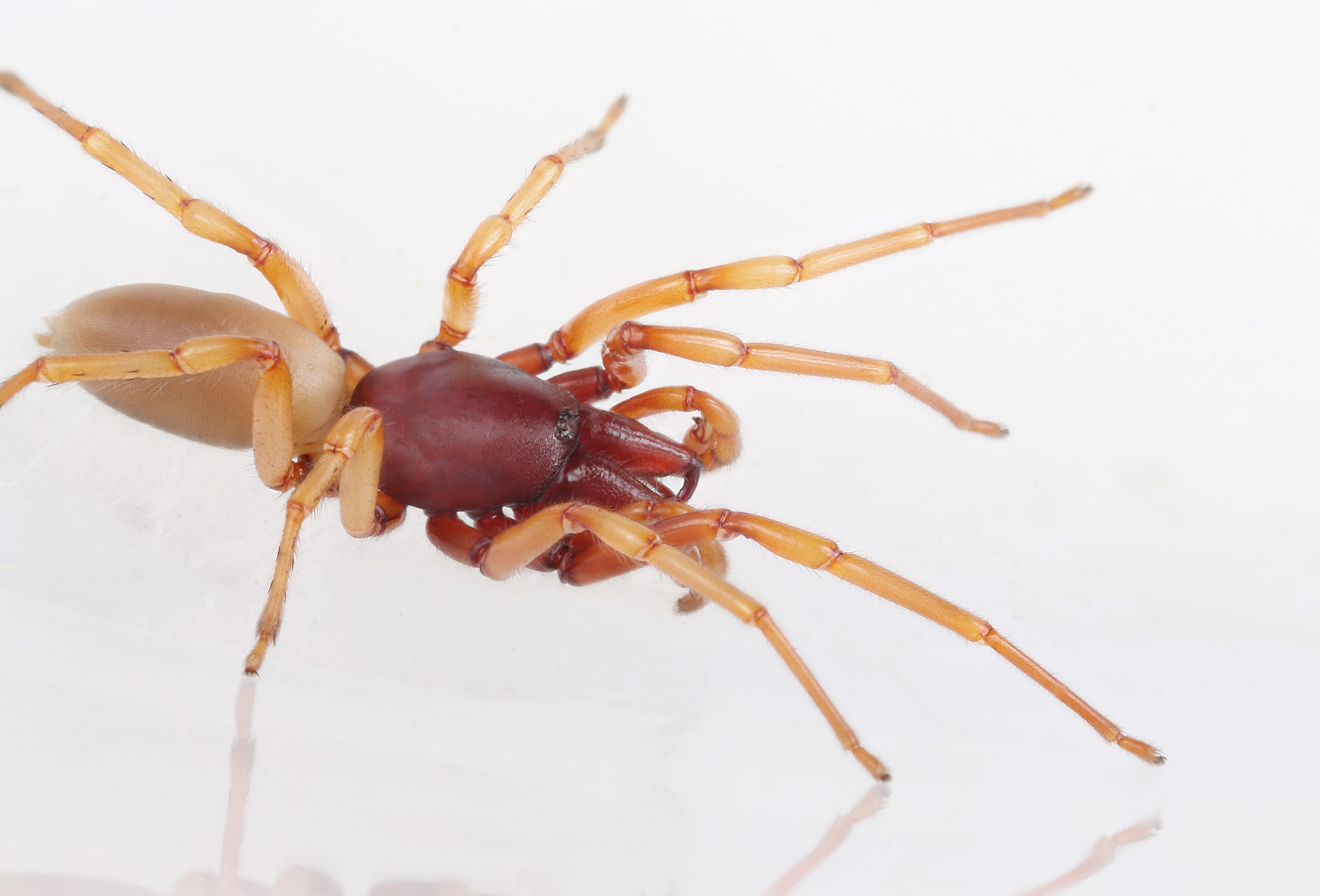 When two of these beasties meet up, they use their fangs to grapple with each other before one or both of them retreats. It looks pretty awesome, as shown here. 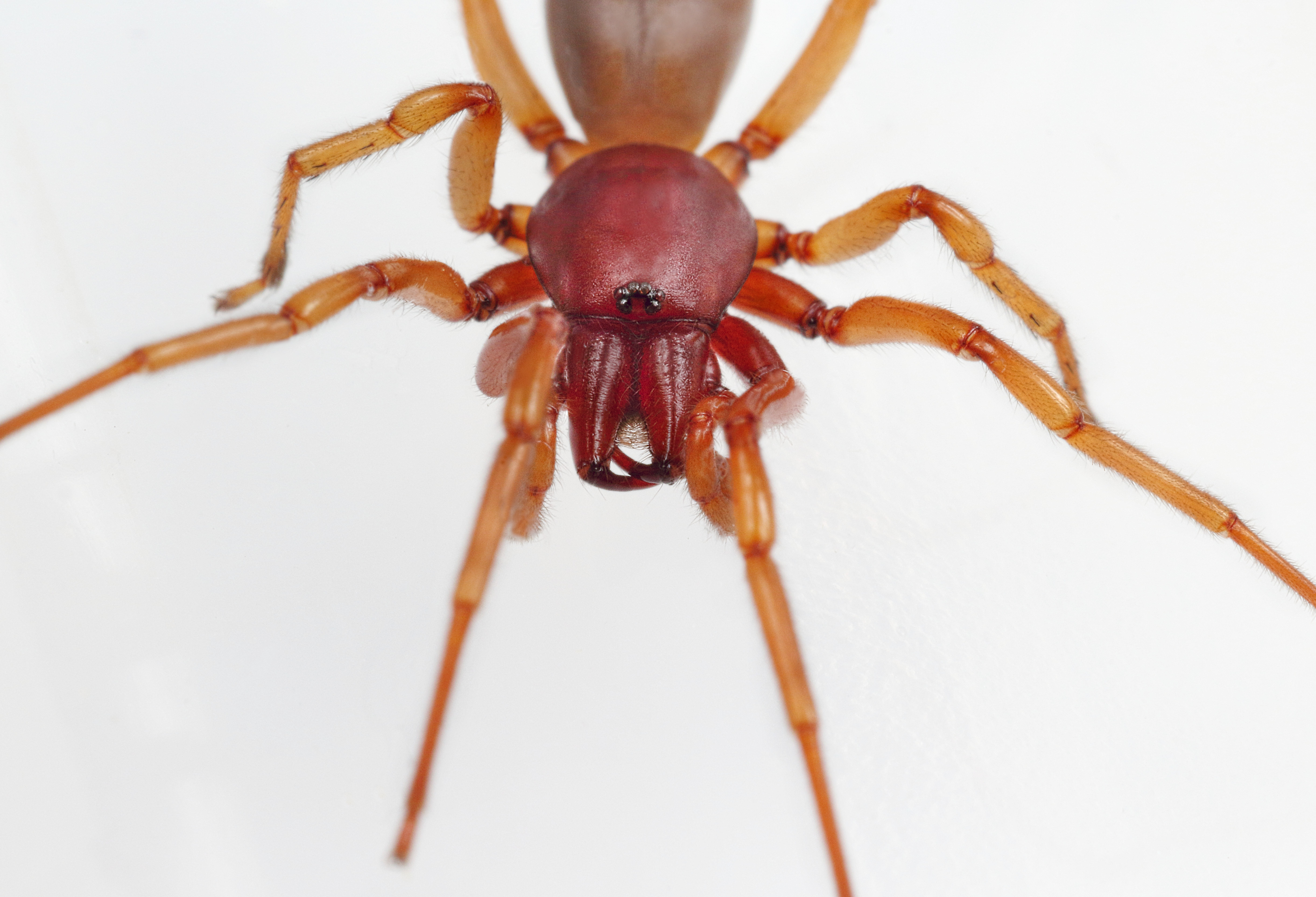