People who wish me a “Happy Hanukkah” don’t realize that I never celebrated the Jewish holidays, the one exception being my mother lighting one candle per night on a menorah.  Otherwise, we celebrated Christmas like the goys: we had a Christmas tree, which my father called “The Hanukkah bush”, exchanged presents on Christmas morning, and had a big Christmas lunch, often featuring ham.

I don’t remember going to synagogue at all, though I did go to Hebrew school to learn the language for a bar mitzvah I never had. I flunked out of Hebrew school, and as a result was put into the all-girl class, whose instruction was less rigorous because you don’t need much Hebrew for a bat mitzvah. I was, at 12, ashamed to be in a class with all the girls, and simply left Hebrew school. That was my last connection with the faith, which I lost completely in 1967 (see here for the story, or go below the fold).

This is all a prelude to showing you two photos that my sister sent me yesterday. Apparently she and her family visited my parents’ graves (they’re in Arlington National Cemetery since my dad was a veteran), and found them decorated them for the holidays.

Her caption: “The Jews who loved Christmas!!” (She is also a heathen.): 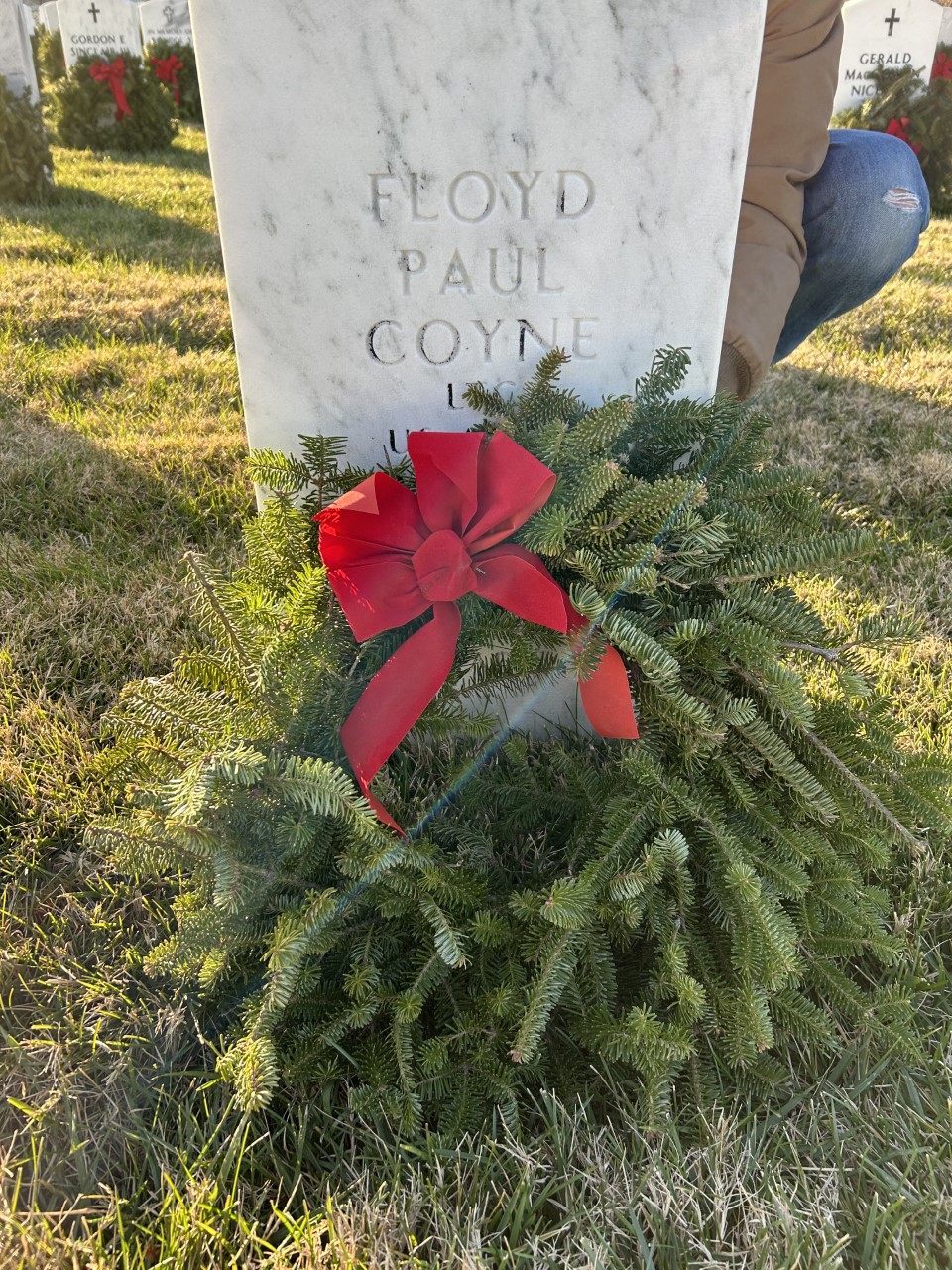 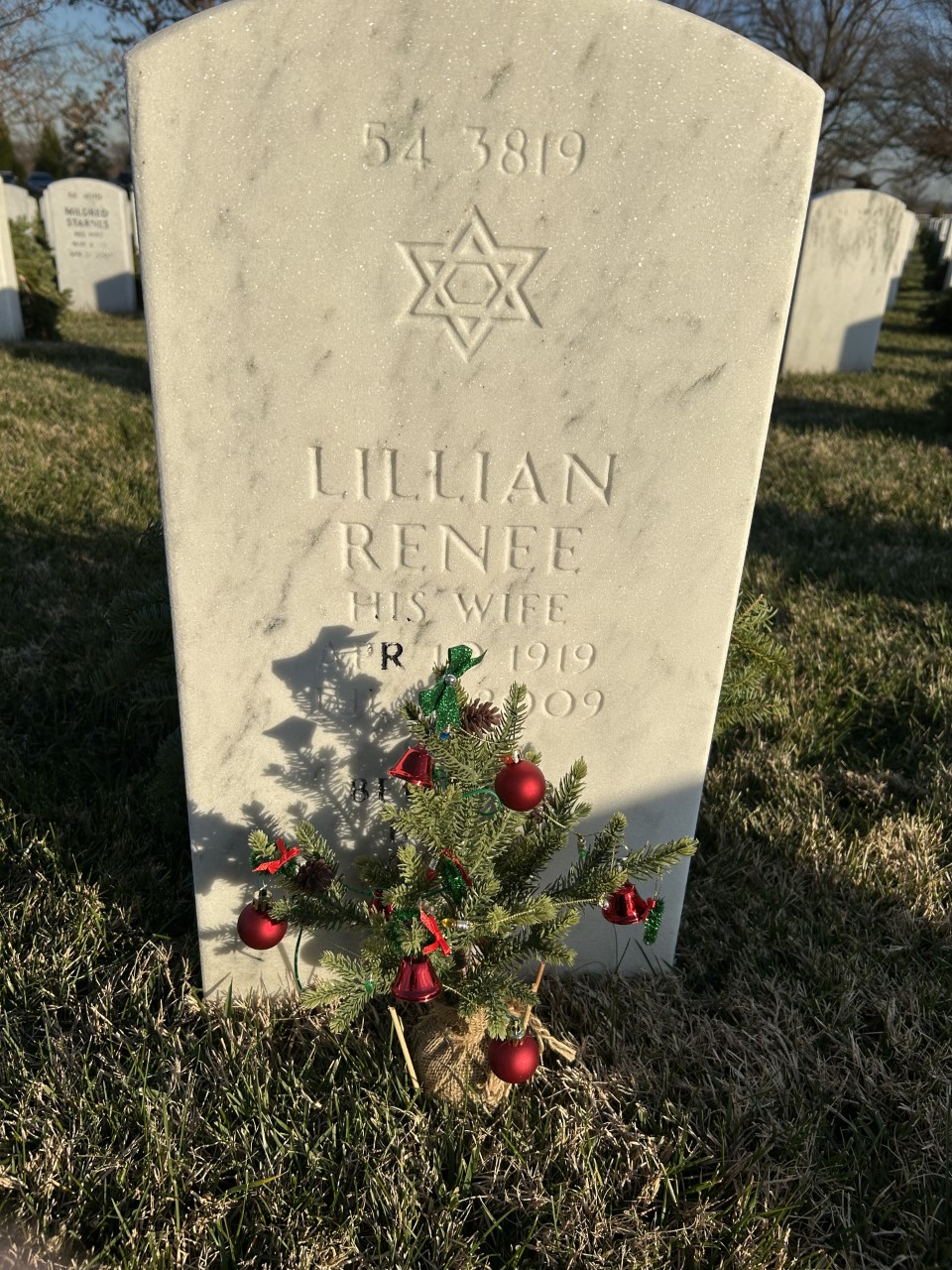 From Jeremy Manier’s article “The New Theologians” in the Chicago Tribune, Jan. 20, 2008:

One of the more colorful scientific de-conversion stories comes from Jerry Coyne, a professor of genetics and evolutionary biology at the University of Chicago. It happened in 1967 when Coyne, then 17, was listening for the first time to the Beatles’ “Sgt. Pepper’s Lonely Hearts Club Band” album while lying on his parents’ couch in Alexandria, Va.

Suddenly Coyne began to shake and sweat. For reasons he still doesn’t understand, it dawned on him at that moment that there was no God, and he wasn’t going anywhere when he died. His casual Judaism seemed to wash away as the album played on. The crisis lasted about 30 minutes, he says, and when it was over, he had left religion behind for good. He went on to study how new species evolve, and found the Darwinian view of nature perfectly in tune with his abandonment of faith.

“Scientists in general tend to be more atheistic, and particularly evolutionists,” Coyne says. “That’s because we’re dealing with a subject that was previously known to be a product of God’s intervention, and now we know it’s not.”

20 thoughts on “The Jews who loved Christmas”