Please send in your photos, as we’re getting low!

Today’s batch of spider and insect photos comes from regular Mark Sturtevant. His captions and IDs are indented, and you can enlarge the photos by clicking on them.

First up are pictures of a cellar spider that I watched for a while. This species is the long-bodied cellar spider (Pholcus phalangioides), with her egg sac that she holds in her jaws. The first two pictures are hand-held focus stacks, while the third is a single frame that surprised me in how it came out since here I was shooting blind with the camera held overhead. Note that the long-legged spider embryos are visible. 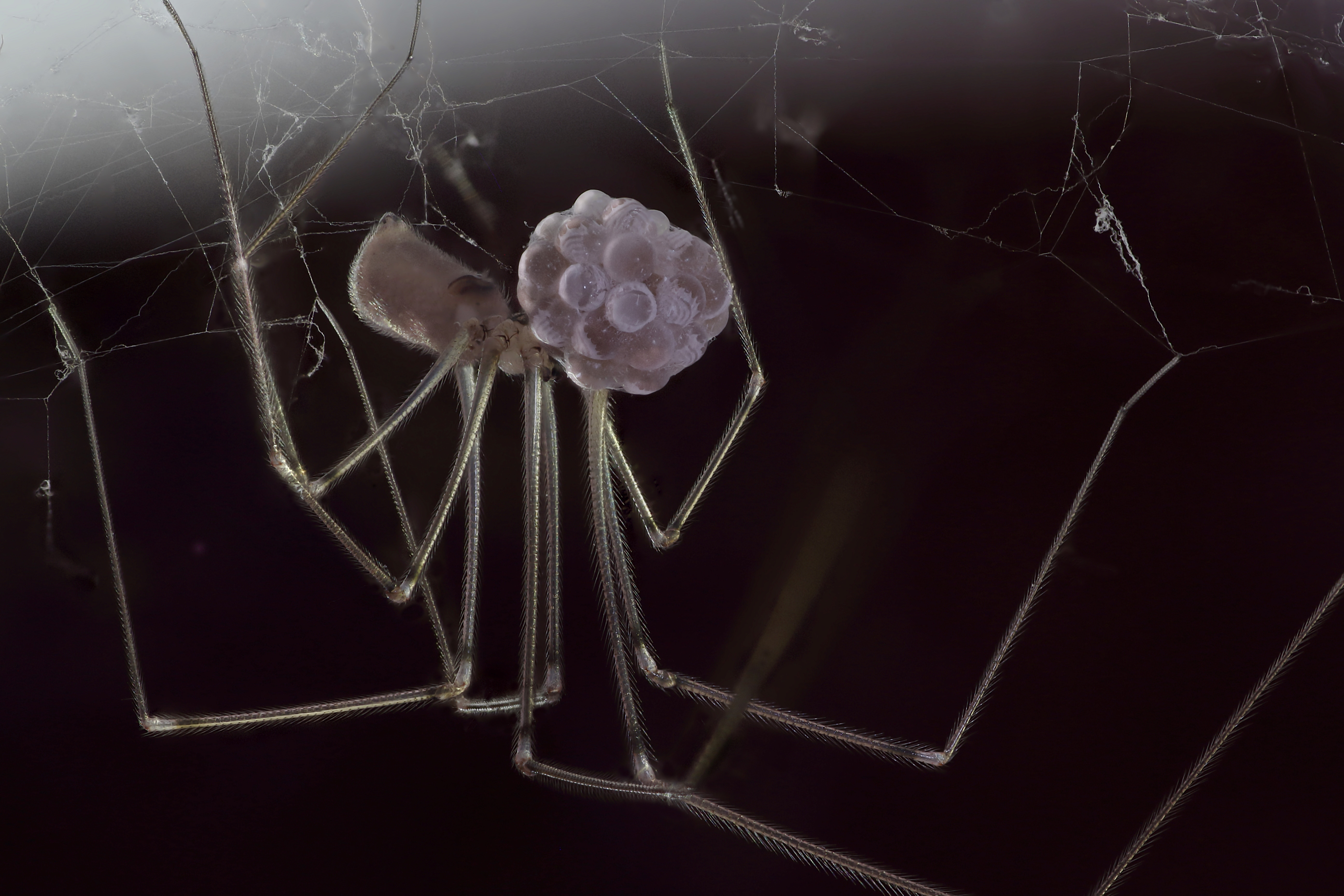 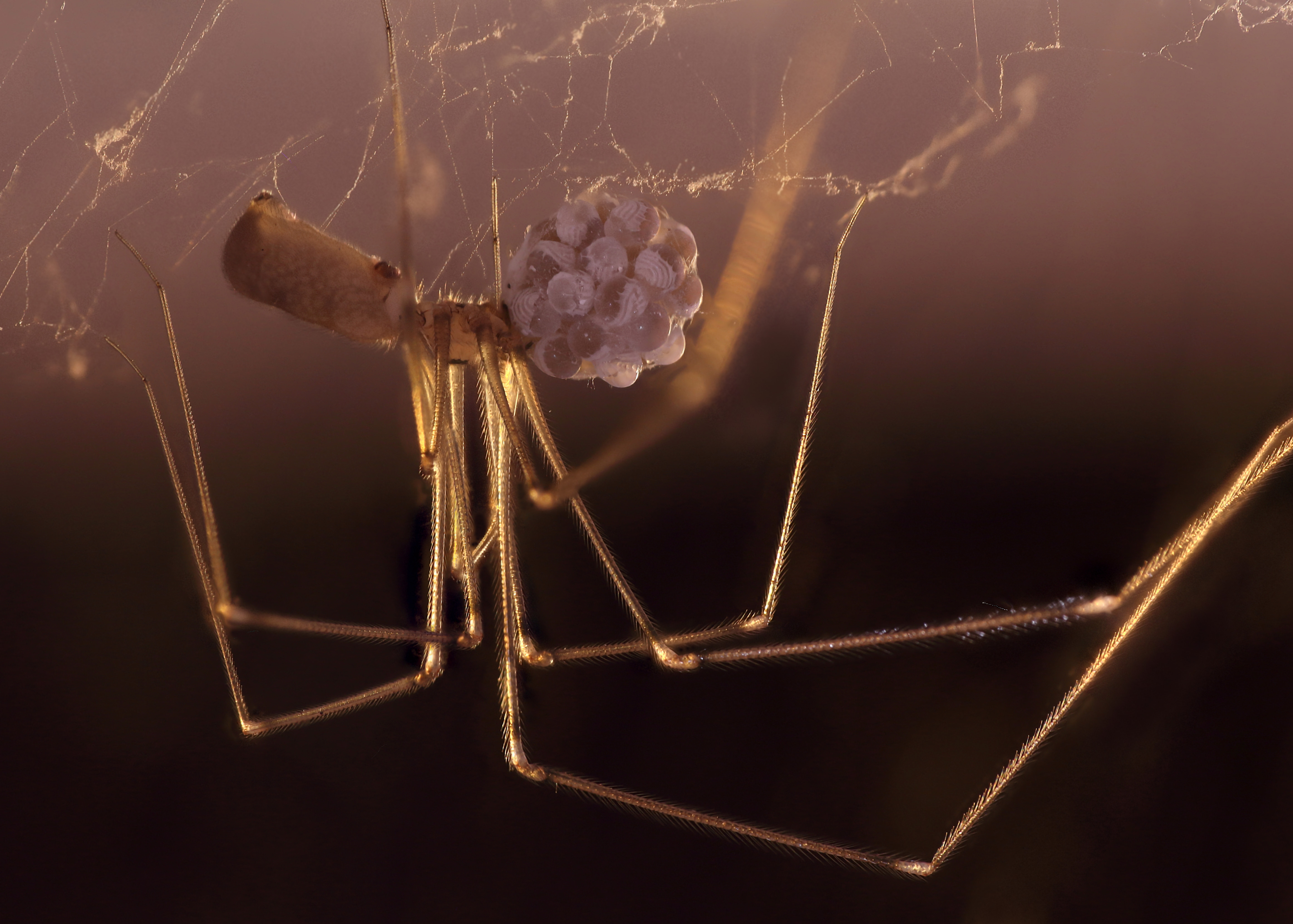 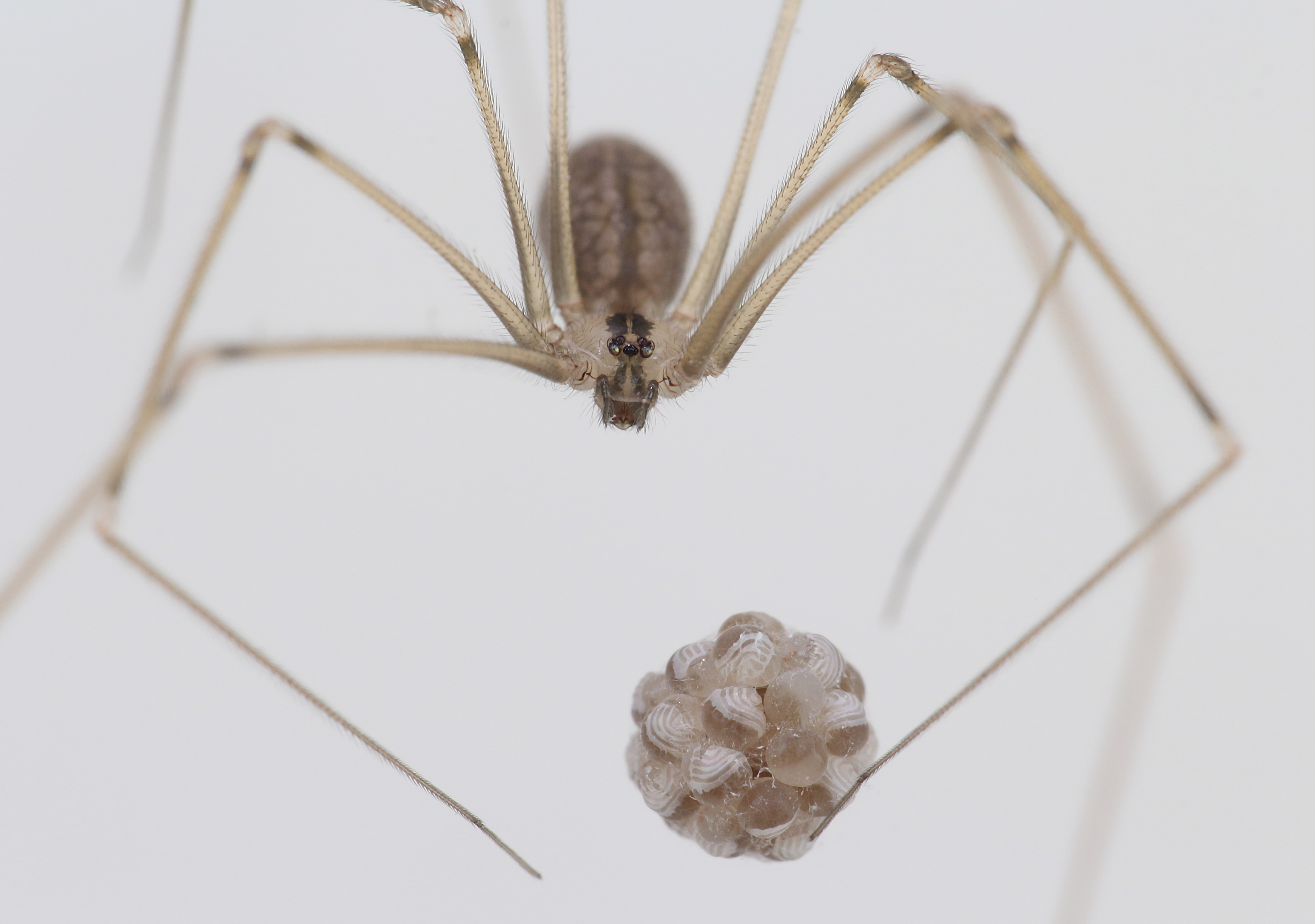 Next up are some lovely fuzzy caterpillars from the tiger moth family. The first is the banded tussock caterpillar, Halysidota tessellaris. I see these all the time in the woods, but I’ve yet to see the adult moth for some reason. The second is the caterpillar of the Virginia ctenucha moth (Ctenucha virginica). I see the strikingly beautiful moth of this species rather frequently, but I don’t recall seeing the caterpillar before. So that is weird. The links show the adult moths. 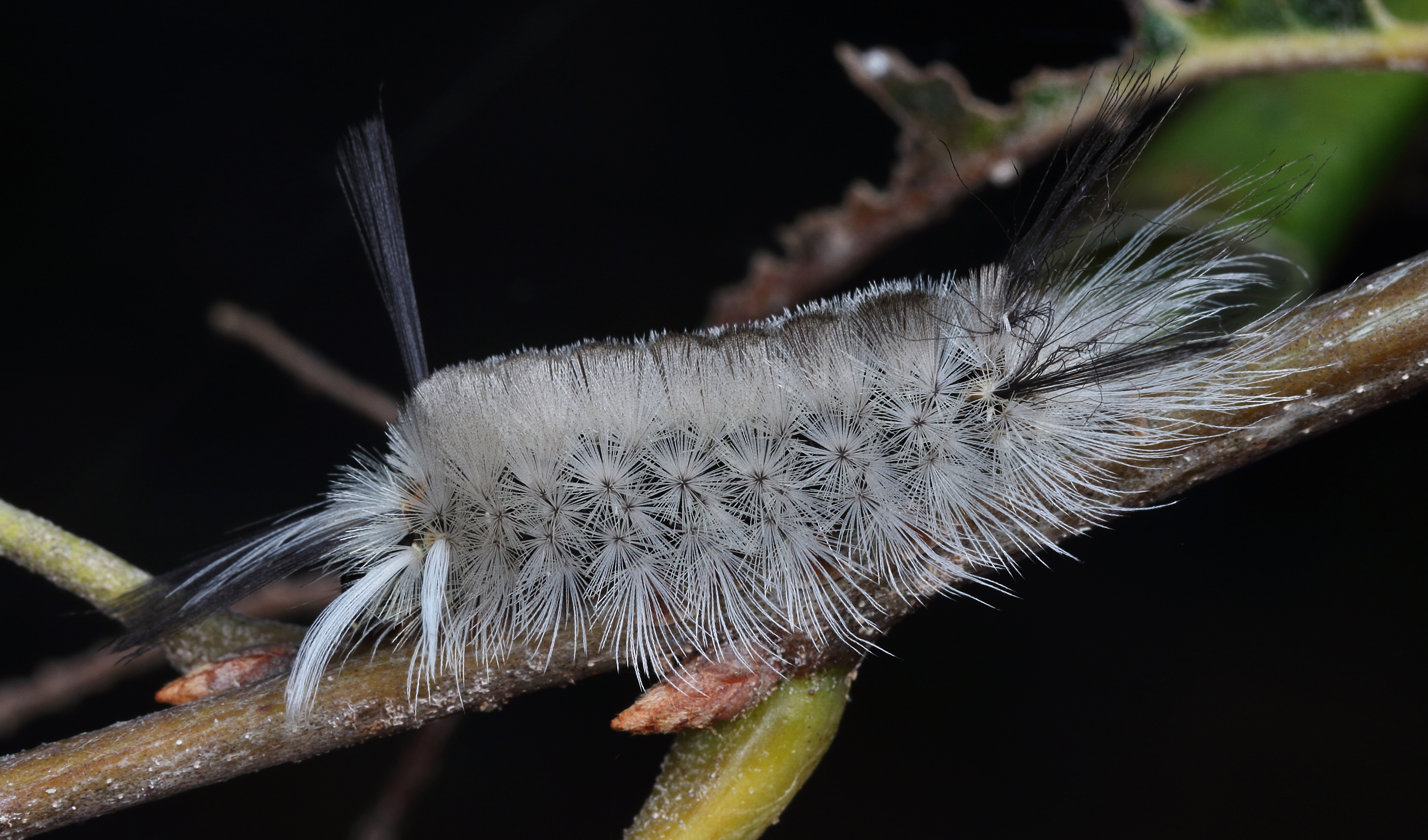 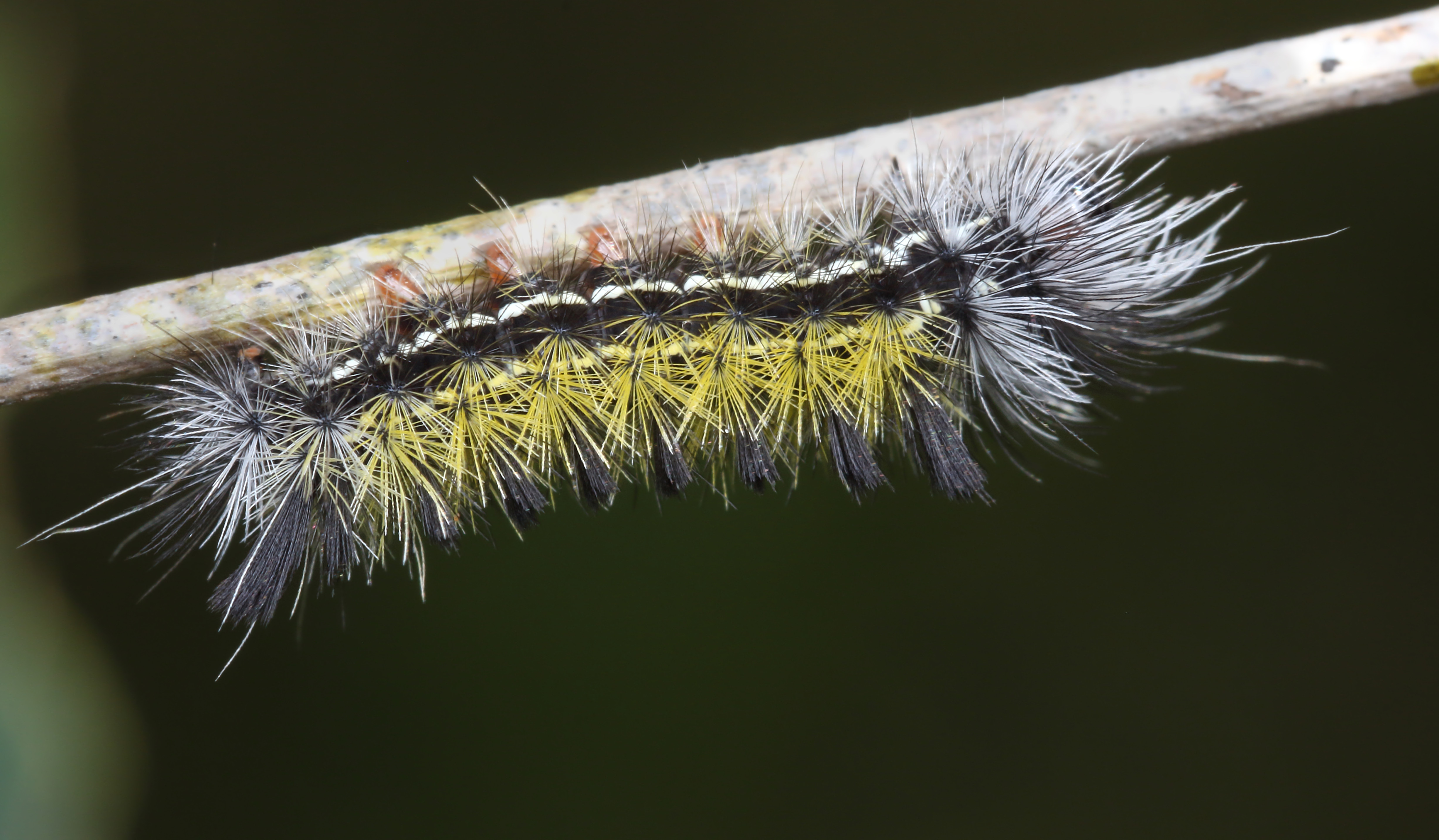 A late summer field will be abuzz with the singing of insects. One day in a distant field, a particularly loud trilling sound completely dominated all others, and that needed to be investigated. It is usually hard to precisely locate the singer since they somehow manage to throw their voice at close range, and any disturbance will shut them down. But the source of this singing was a beautiful black tree cricket, Oecanthus nigricornis, and he was completely indifferent to my attentions. The cricket would briefly pause, make its way to the opposite side of the perch, and start right up again. 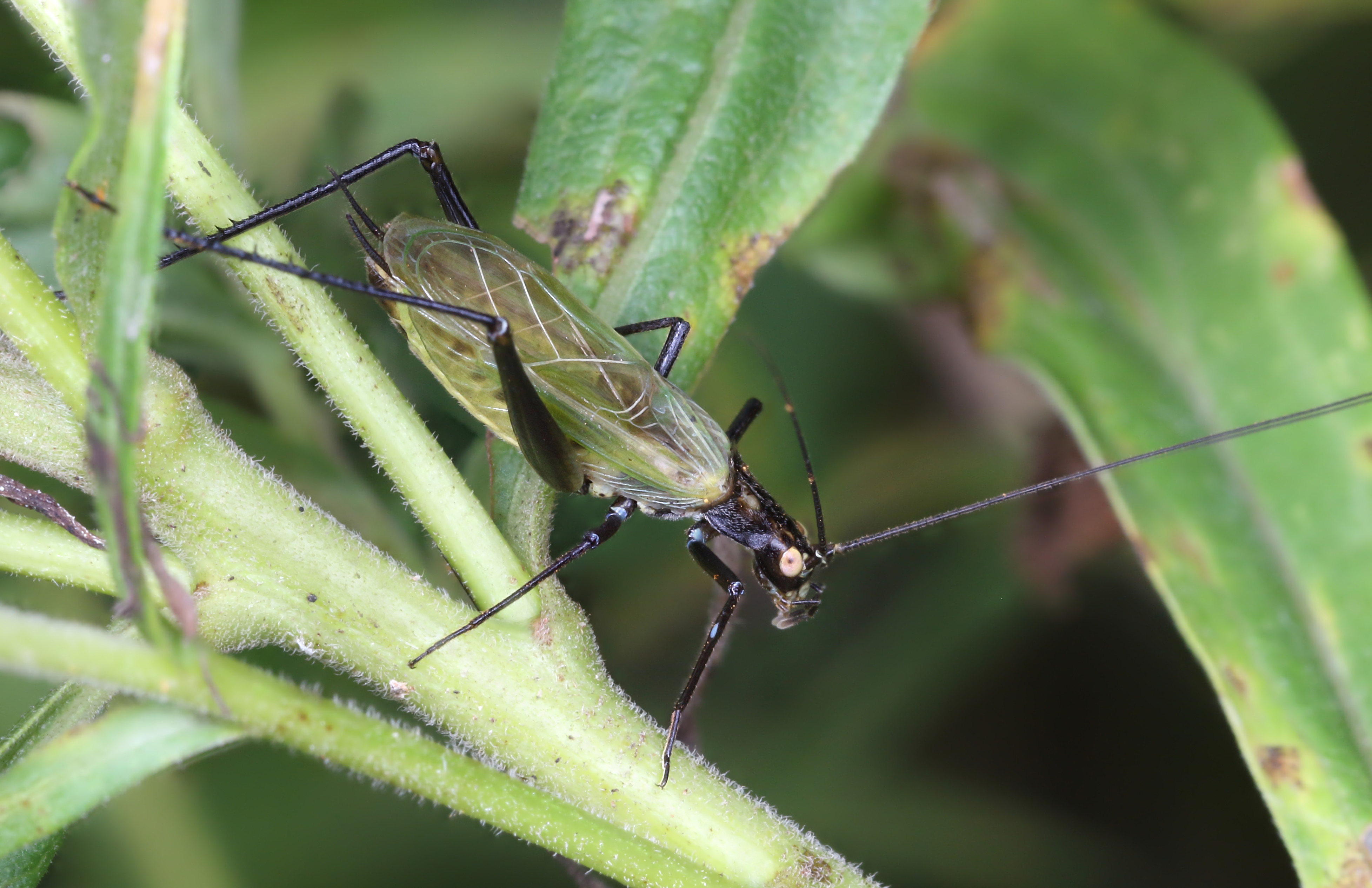 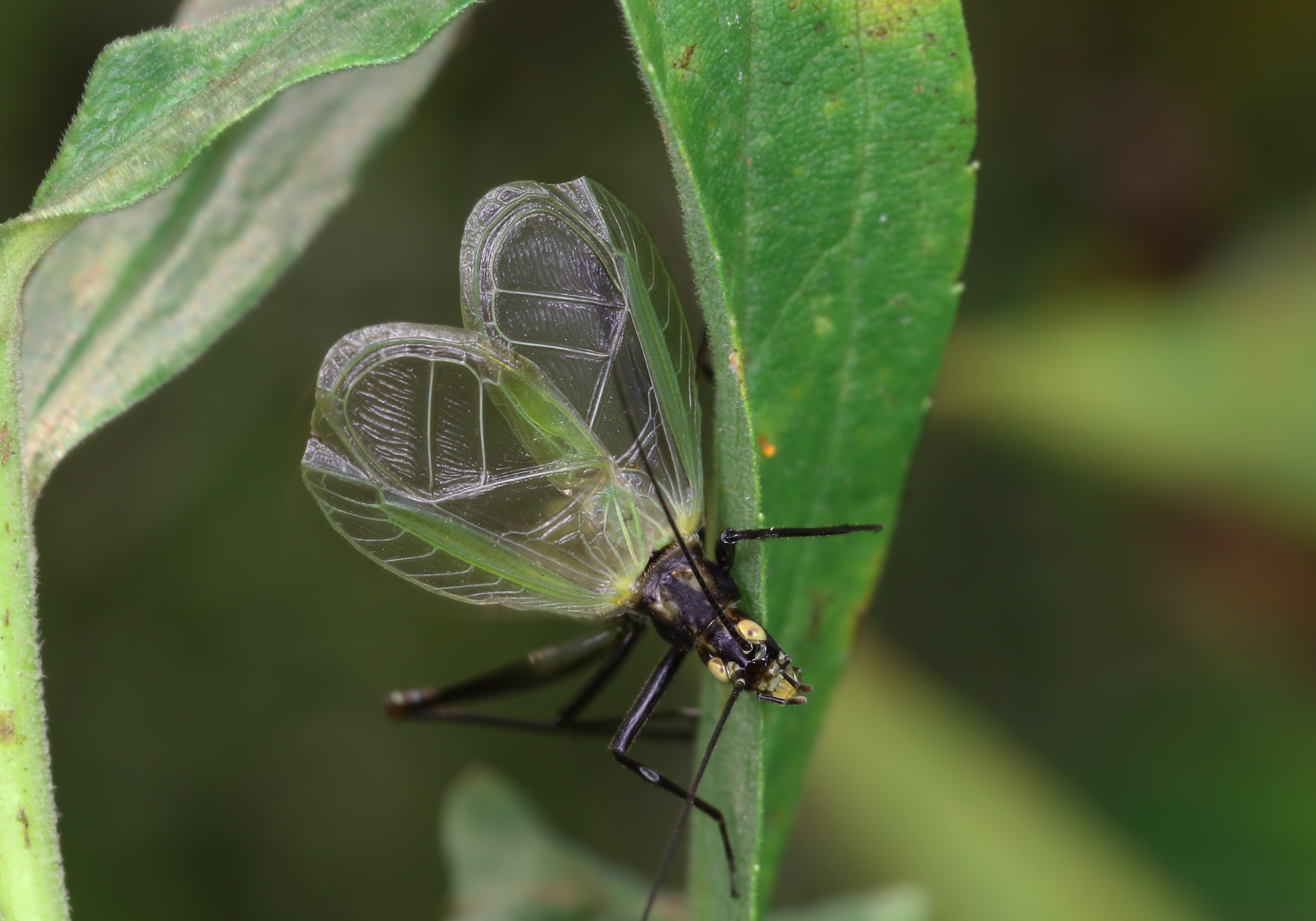 There is an very interesting park not very far from me with several lakes that have isolated sandy shores with carnivorous plants. The first is a pitcher plant, Sarracenia purporea. These will trap and digest insects with a store of syrupy water loaded with digestive enzymes. The interiors of these plants was a slurry of dead insects and an occasional live fly larva that seemed able to live in them. I could not get adequate pictures of that, unfortunately, but it was both fascinating and disgusting. 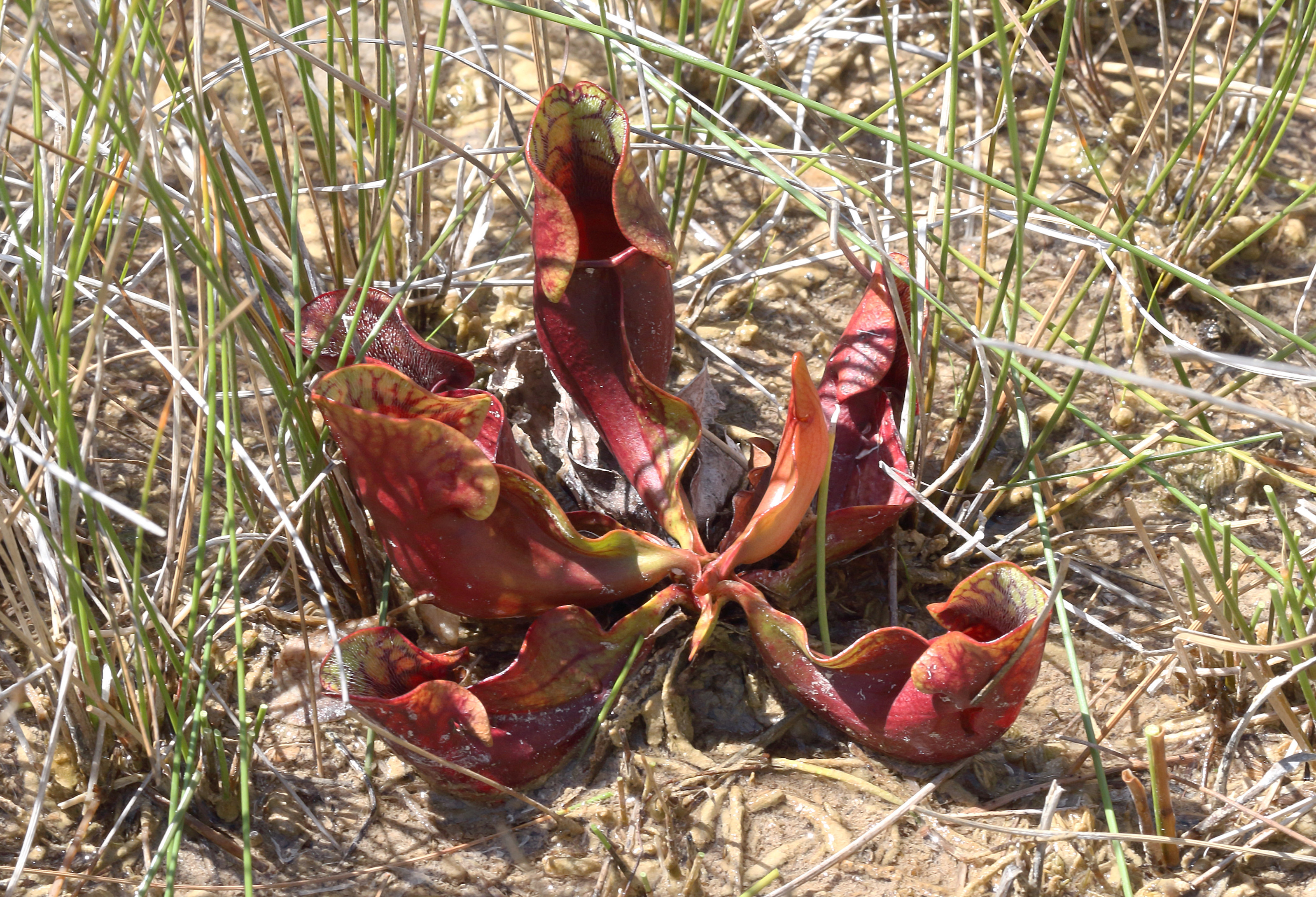 The next picture is of sundew plants. These carnivorous plants were seen to commonly grow around the bases of the pitcher plants. Sundew plants will trap and digest insects in their sticky leaves. This species looks to be Drosera intermedia. 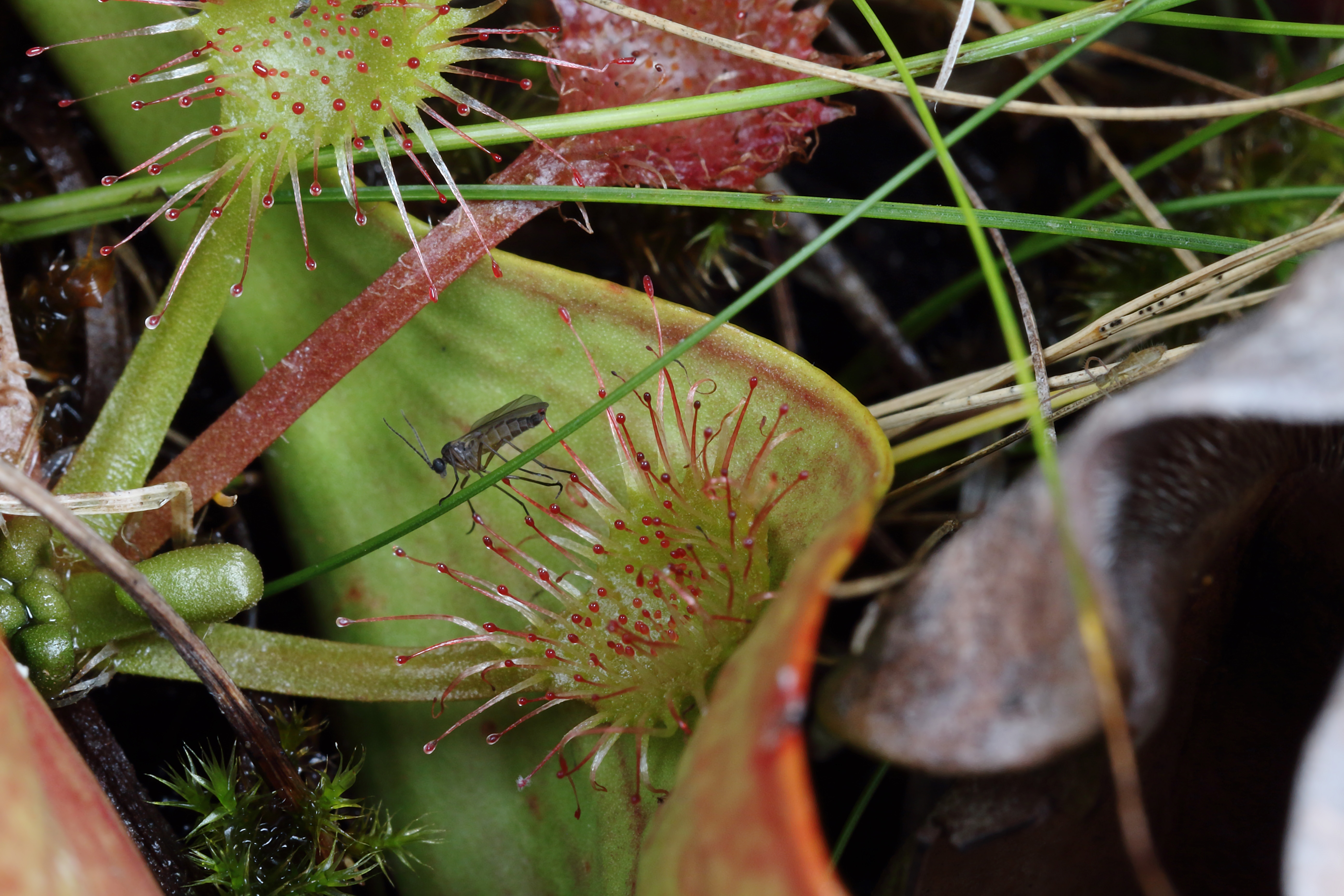 Finally, here is an interesting scene that I came across along a wood margin. A mating pair of darners had flown by, and as I watched they chose to settle onto a high perch. The first picture is very heavily cropped, and from it I can only say they were a kind of “mosaic” darner in the genus Aeshna. 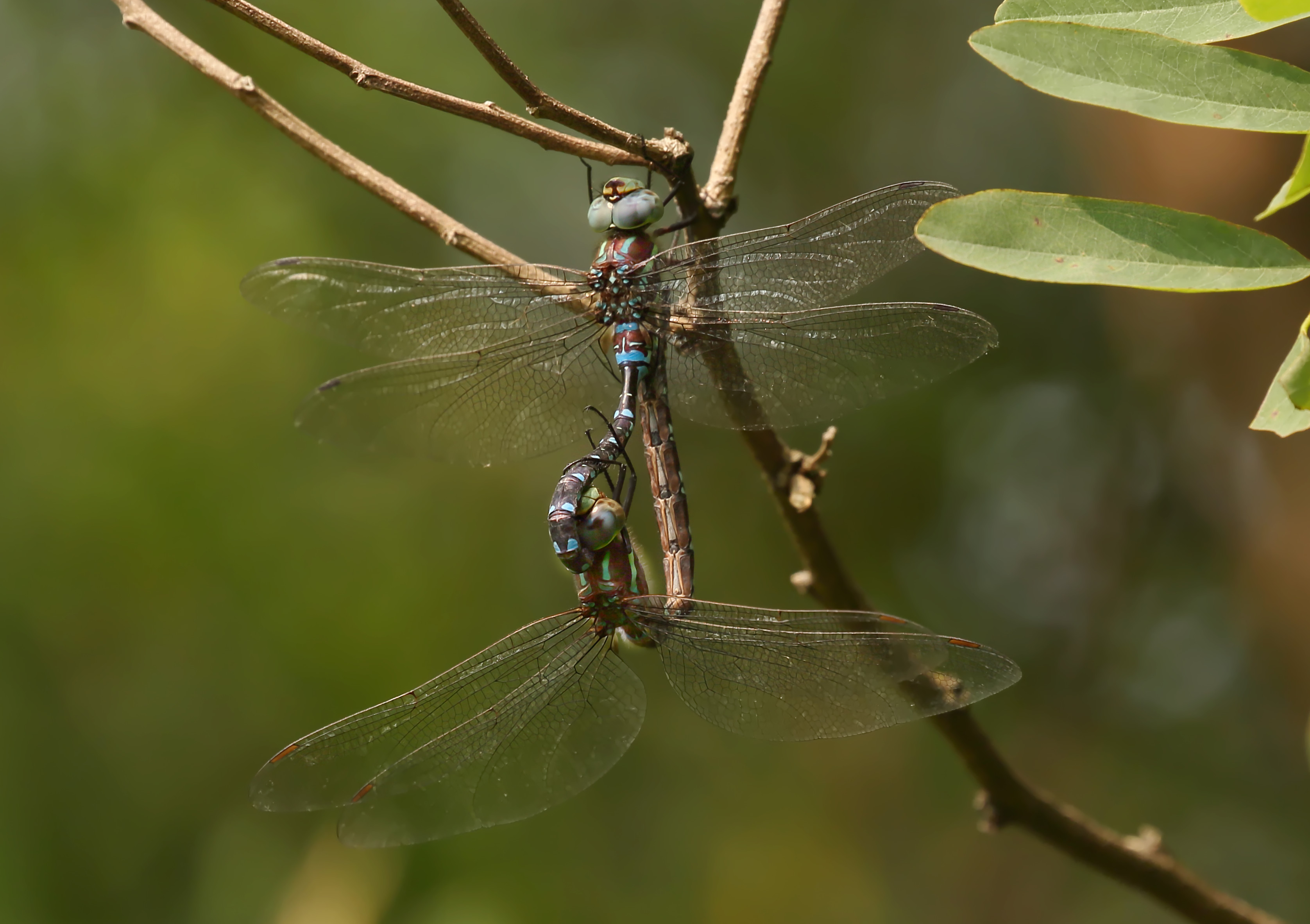 The especially interesting part is shown in the final picture, which is really two pictures stitched together. Here one can see that the darners had come close to choosing a very bad spot to land! Do you see the situation? 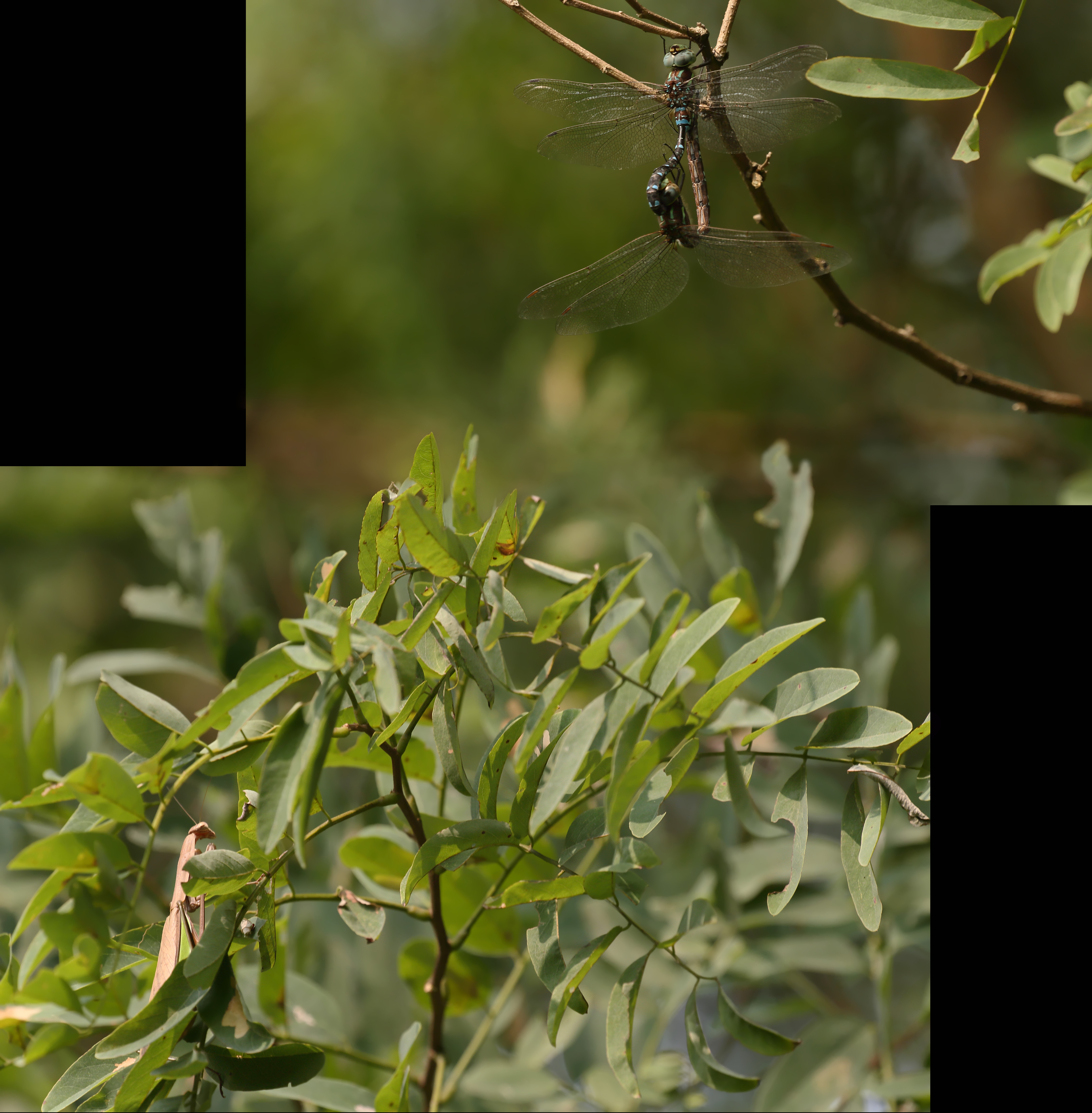