Today we have another edifying and illustrated biology lesson from Athayde Tonhasca Júnior, whose prose is indented. Click on the photos to enlarge them.

When the Greek gods invited Zeus’ son Tantalus for a feast at Olympus, they couldn’t have imagined their guest had sticky fingers. Tantalus stole their food (ambrosia) and drink (nectar), intending to give the loot to his people to make them immortal and privy to divine secrets. The gods didn’t take the betrayal lightly: they dispatched Tantalus to the Underworld and made him stand in a pool of water under the branches of a fruit tree. Every time Tantalus tried to pick up a fruit, the branches would grow out of his reach, and when he wanted to drink, the water would recede away. Next time you find yourself ‘tantalisingly close’ to something but not getting it, spare a thought for poor Tantalus, going hungry and thirsty for eternity. 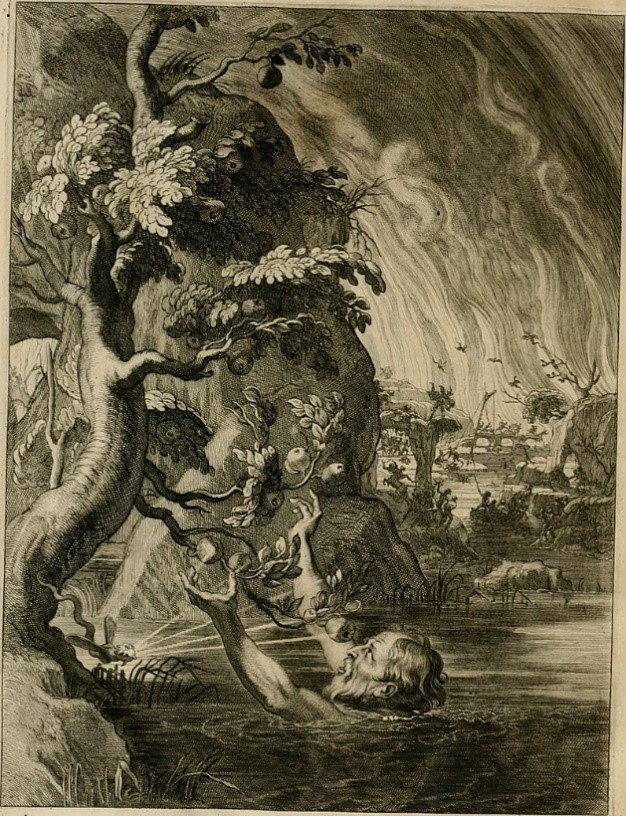 The magical diet of the Olympians made such an impression on Western culture that many food and drink products have ‘ambrosia’ or ‘nectar’ attached to their names. Most of them are wishful thinking or gimmicks, but the term ‘nectar’ is quite fitting in one case: to name the mixture of sugars and water that can be secreted by any vegetative part of a plant, but mostly by flowers.

Floral nectar contains 15% to 75% (by weight) of sugars, mostly glucose, fructose and sucrose. Free amino acids, proteins, minerals and lipids add to the nutritional content of the mixture, although we have only a vague understanding of their workings. Bees, wasps, hoverflies, mosquitoes, butterflies, moths, hummingbirds and bats are among the most enthusiastic consumers of this energy-packed drink. Not all nectar-eaters are pollinators, but nectar pilfering is a price plants have to pay to get their flowers visited by those who do pollinate. If they don’t, the flow of pollen from flower to flower is interrupted or reduced, which will impair or prevent plant fertilization. 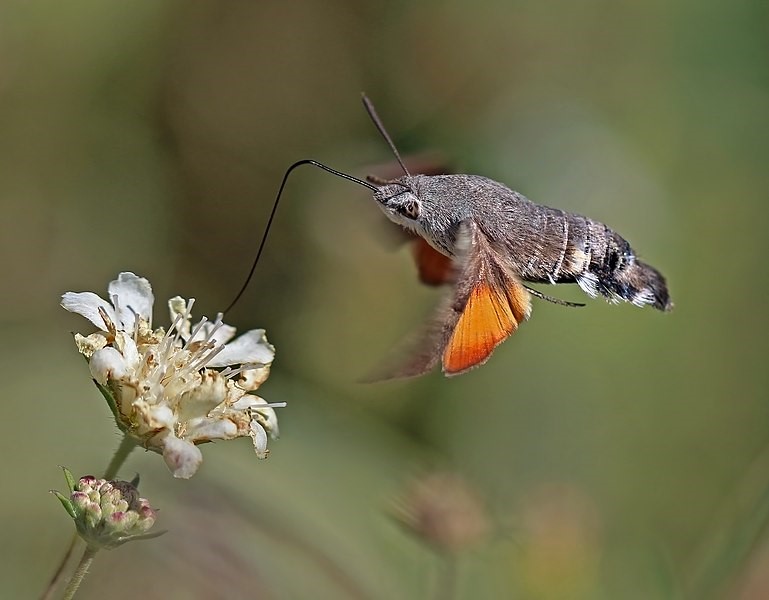 Nectar is a reward to attract pollinators, but it is also a metabolically expensive product: plants can’t afford to give it away willy-nilly. So some of them resort to manipulation involving secondary metabolites. These are chemicals that play no part in the plant’s metabolism such as tannins, phenols, alkaloids, flavonoids and terpenoids. Some secondary metabolites are indigestible or unpleasant (too bitter), thus reducing the palatability of plant tissues to herbivores. Others are toxic to animals, pollinators included: bees and other insects can be poisoned by excessive ingestion of secondary metabolites in nectar and pollen.

Secondary metabolites at the service of vanity: The Donna allo specchio (Woman with a mirror) by Titian (1490–1576) may have used atropine drops – an alkaloid extracted from deadly nightshade (Atropa belladonna) – to dilate her pupils and enhance her beauty. An overdose could have sent the bella donna to the morgue © Louvre Museum, Wikimedia Commons: 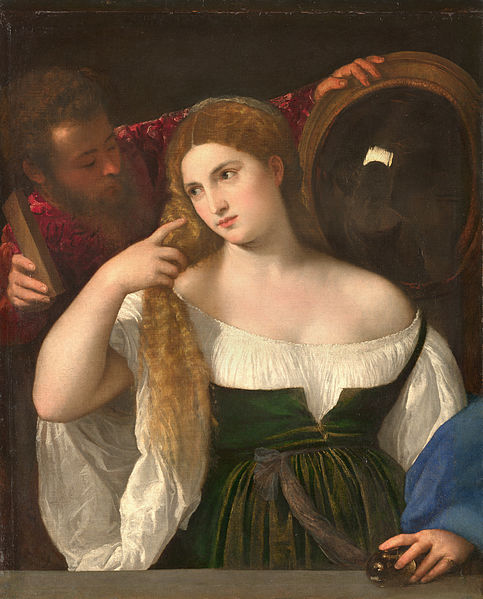 Despite their dangers, some of these chemicals have a role to play in pollination. Plants such as citrus, coffee and camellias secrete nectar laced with caffeine. As any Starbucks enthusiast knows, this addictive, bitter-tasting alkaloid can enhance one’s memory. And it’s no different for insects: caffeinated European honey bees (Apis mellifera) and bumblebees (Bombus spp.) learn faster how to find flowers and how to return to them, thus increasing the chances of pollination. Honey bees feed more and do their waggle dance more frequently if they have a sip of caffeine-spiked nectar. And like any drug peddler, some plants can take advantage of addicted customers; they reduce the nectar quality, but bees carry on feeding. As a consequence, honey bees produce less honey when hooked on caffeine. 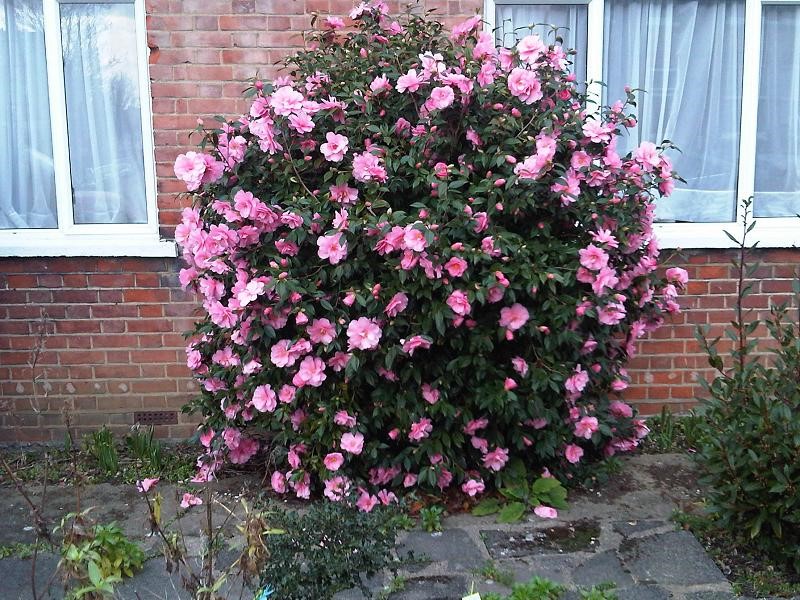 Nicotine, another alkaloid, has a similar effect on bumble bees. Nectar containing small amounts of nicotine helps bees learn how to find food. Once learned, bees tend to stick with the same source, coming back again and again. On the other hand, nicotine may send some flower visitors packing because it decreases the palatability of nectar, just like caffeine. But rejection plays nicely for the plant; some pollinators consume less nectar but visit more flowers, which leads to higher rates of cross pollination. The alkaloid gelsemine, found in the nectar of the evening trumpet flower or yellow jessamine (Gelsemium sempervirens), has a similar effect: it decreases frequency and length of visitations but increases the number of flowers visited.

Nicotine: the drug of choice for some doctors, figure skaters, trapeze artists and bees © The Wellcome Trust:

The yellow jessamine encourages pollinators to take a sip of their nectar and move on © Jim Evans, Wikimedia Commons: 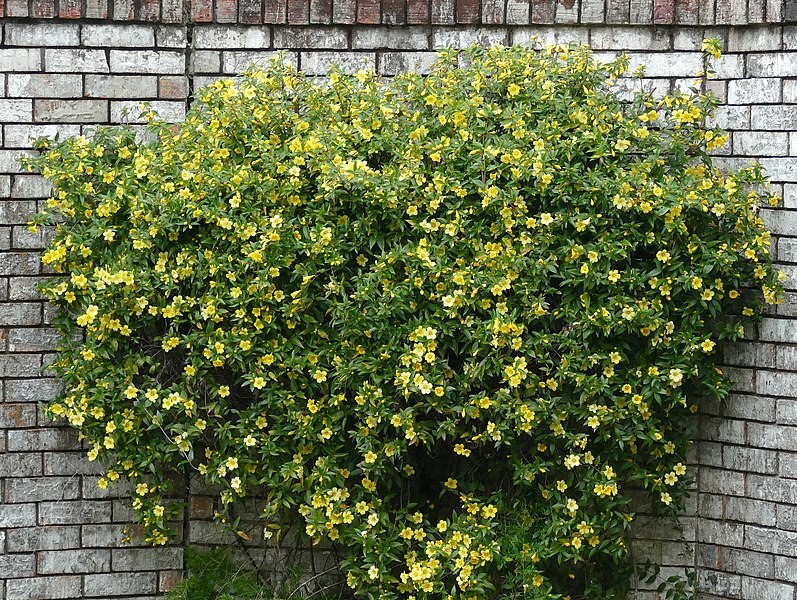 More than half of all flowering plants secrete secondary metabolites with their nectar, but except for a few cases involving honey bees, bumblebees and some moths, we have scant information about the effects of these chemicals on pollinators. What we know suggests that nectar is more than a sweet lure: plants use it to manipulate flower visitors for their own benefit. In nature, anything goes to increase your chances of success.

But secondary metabolites are not only addiction-inducing drugs. They also play another part in pollinators’ lives, one whose importance is being increasingly recognized: as antimicrobial agents. And ‘move-on’ gelsemine is a nice example of nectar’s medicinal qualities.

Yellow jessamine, a gardeners’ favourite, is loaded with gelsemine. This strychnine-related chemical makes the whole plant toxic to humans, livestock and to honey bees. Bumble bees however are not only immune to it, but they also get some protection against Crithidia bombi, a widespread gut parasite that reduces the development and survival of colonies. Gelsemine-laced nectar may lower the rate of C. bombi infection by 65%. [See here and here.] 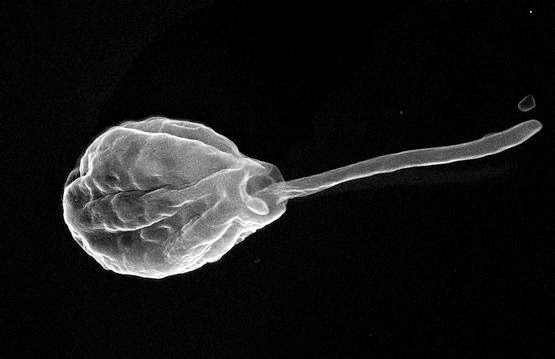 Gelsemine is not the only natural prophylactic against C. bombi. Callunene, found in the nectar of common heather (Calluna vulgaris), reduces the parasite’s infectivity against the buff-tailed bumble bee (Bombus terrestris), and in this case we know how. Crithidia bombi is a flagellated protozoan, that is, a single cell organism with a whip-like appendage called a flagellum. Callunene induces the loss of the flagellum, which the parasite uses to attach itself to the bumble bee gut. 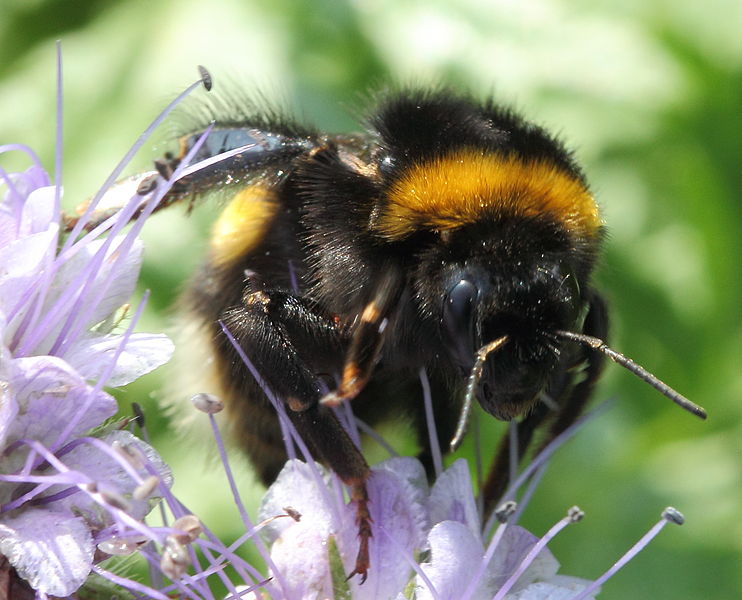 Heather, together with white clover (Trifolium repens), marsh thistle (Cirsium palustre), and bell heather (Erica cinerea), are responsible for about 50% of all the nectar produced by flowering plants in the United Kingdom. We can only imagine the protective effect of heather on bumblebee populations. 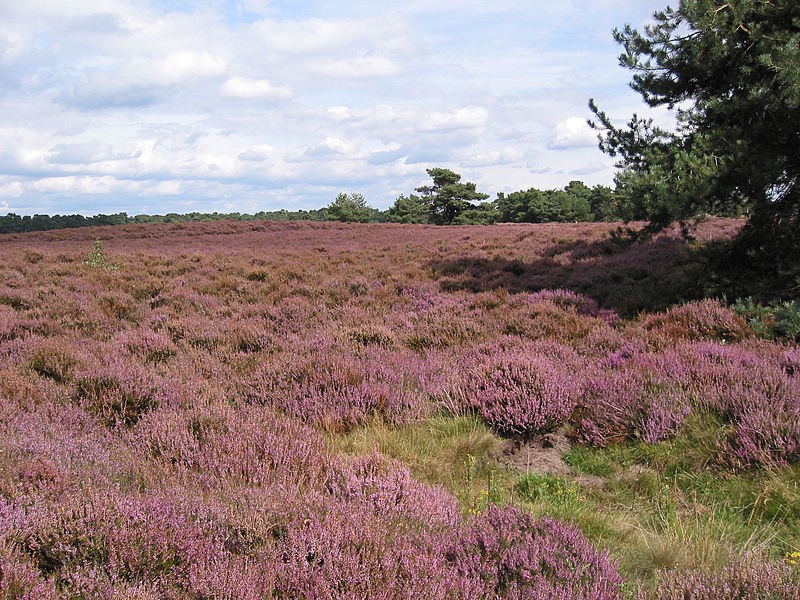 A greater understanding of nectar pharmacology may benefit us directly. Various alkaloid, terpenoid and phenolic compounds are lethal to other protozoans related to C. bombi (family Trypanosomatidae). Some of these trypanosomatids are responsible for awful diseases, like Trypanosoma brucei, which causes human sleeping sickness, and T. cruzi, the agent of Chagas disease. So, who knows: healthy bumblebees may be a clue that helps us find ways to reduce human suffering.