Right now Queen Elizabeth’s funeral service is happening, with all the pomp and circumstance you can imagine, at Westminster Abbey. The NYT is offering a live feed with real-time updates. Click on the screenshot to see both.  Right now I just heard the preacher (presumably the Archbishop of Canterbury) say: “There is one thing we know for sure: death is the doorway to glory.”

Click on either photo to go to the site, and look at the pinned article at the top to see commentary 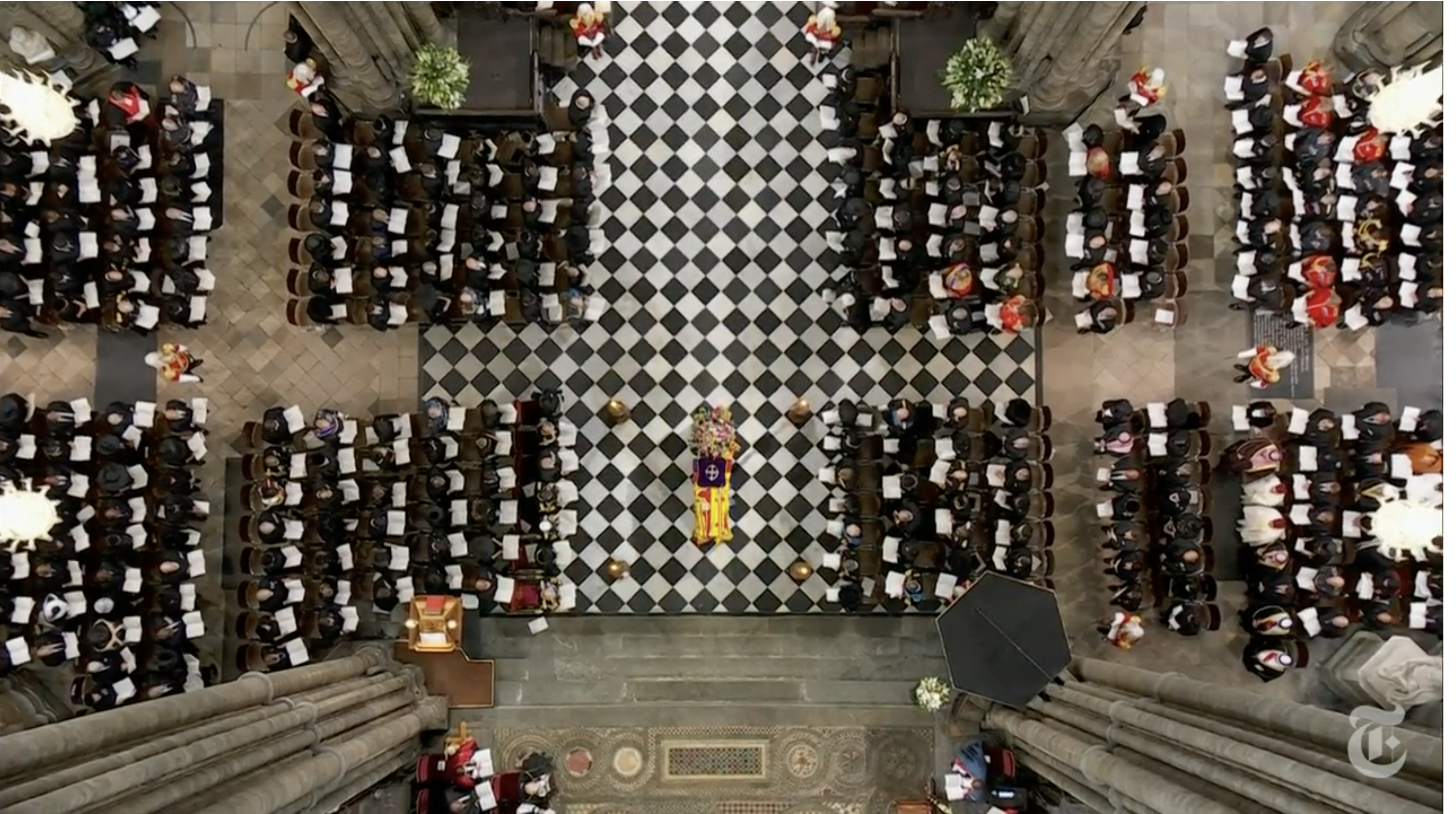 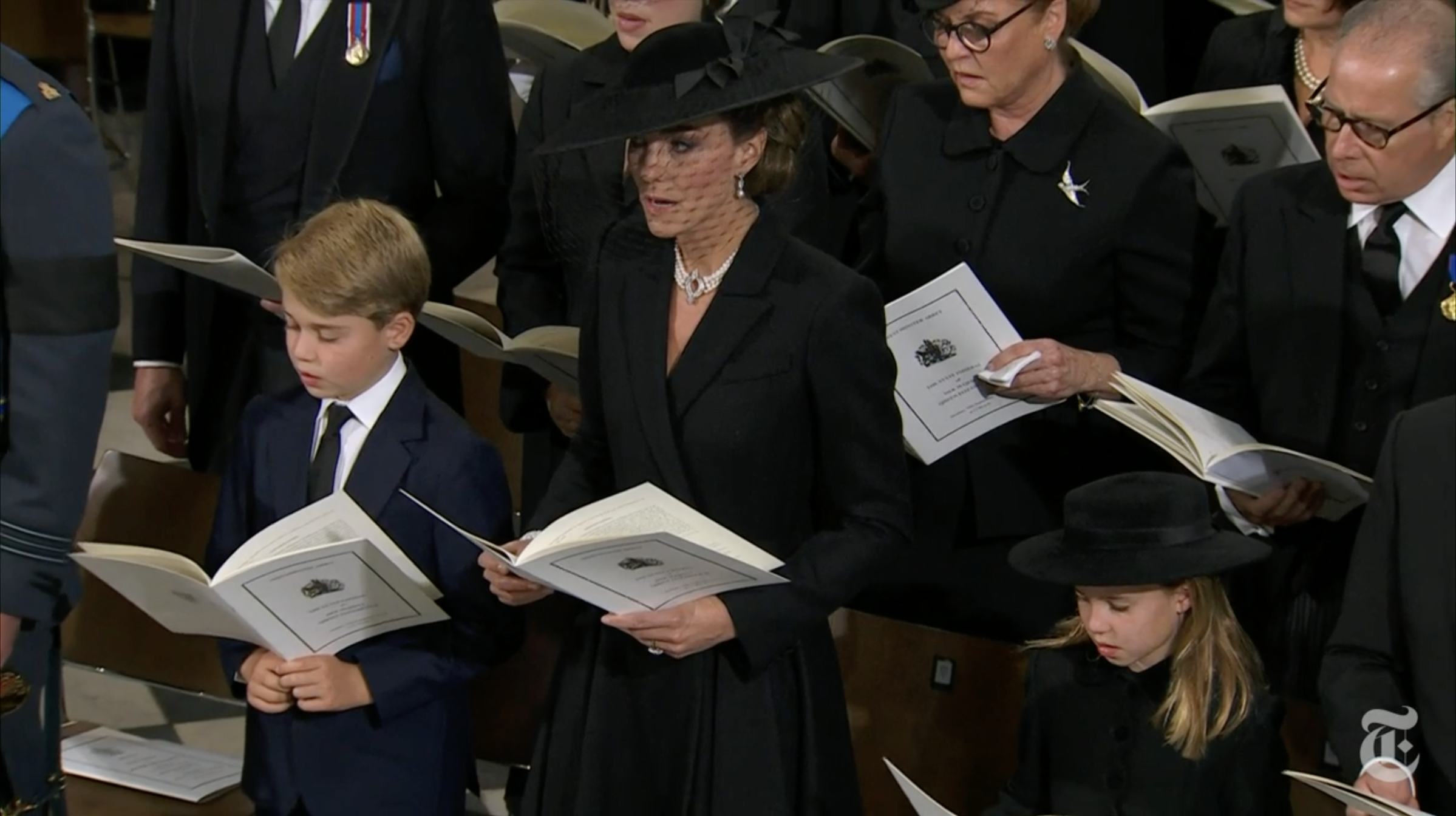 And there’s a spider on her coffin–for real! (h/t: Matthew. I’ve put an arrow by it:

The old faker Uri Geller also tells us to watch for omens:

Watch the skies over London tomorrow!
The Queen's funeral. I believe "they" will want to pay their respects too!
3 months ago, a UFO flew over Her Majesty's Jubilee celebrations this may happen again. Send me what you have seen or caught on camera! God Bless The Queen! pic.twitter.com/OPTcBB45TM