Greg Mayer pointed out that my colleague Brian Leiter posted on this exchange, and I’m shamelessly stealing his material (his actual words are few). I’d seen this Twitter exchange before but had forgotten about it.  Here’s what Brian said on his post “When you can’t tell what’s a parody and what isn’t” on his Leiter Reports site.

This exchange has been circulating on social media.  My first reaction was that this had to be a parody of mindless identity politics, but in fact the participants actually believe their nonsense.   God help the universities if too many people like this gain a foothold.

I have news for you, Brian: they already have—in New Zealand. 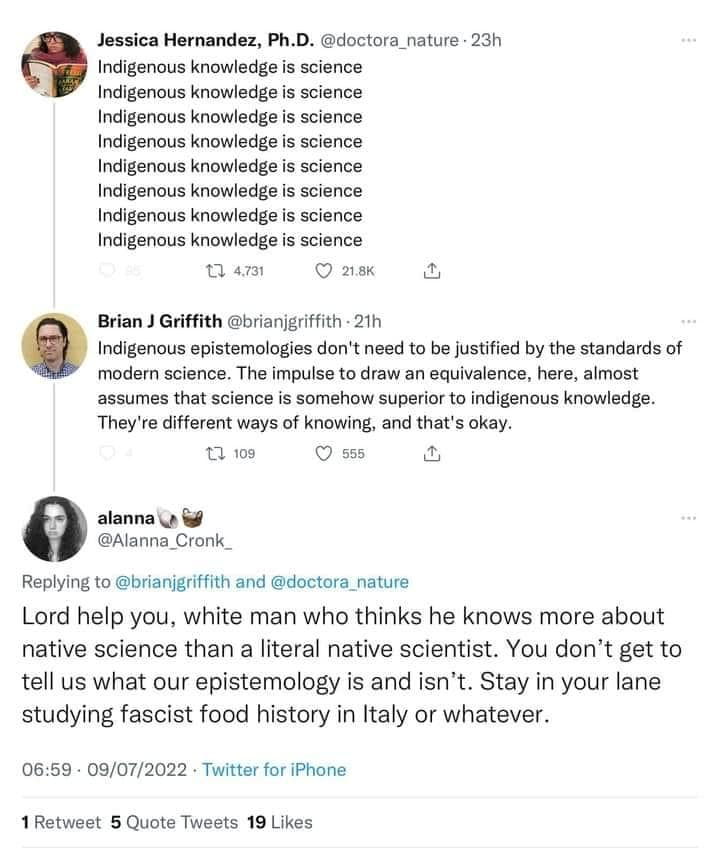 It was Bill Maher who said:  “When what you’re doing sounds like an Onion headline, stop.” That’s an excellent quote. The stuff above does, as does my last post on insane school policies on nonattendance.

21 thoughts on “The primacy of indigenous ways of knowing”