I just had to put up as a standalone this posted comment from reader Mike on yesterday’s Guardian article on why evolutionary theory is supposedly obsolete. There was a rather substantial boo-boo in one image, which was wonky in three ways: the species identification was wrong, and two parts were photoshopped in. This manipulation was not indicated.  It’s just one more sign that the Guardian needs some kind of science editor.

In case anyone is still checking in on this post and that crazy Grauniad article, turns out one of the feature images of the “spadefoot toad” was a photoshop nightmare: not a spadefoot toad; has a chameleon’s tongue; catching a dragonfly that’s photoshopped into the image; and perched on a toadstool.

The kicker is that the Guardian has stealth edited the image out of the version that’s up today on the website. The wayback machine shows the original article with that frankenimage.

The “frankenimage” from the wayback machine. 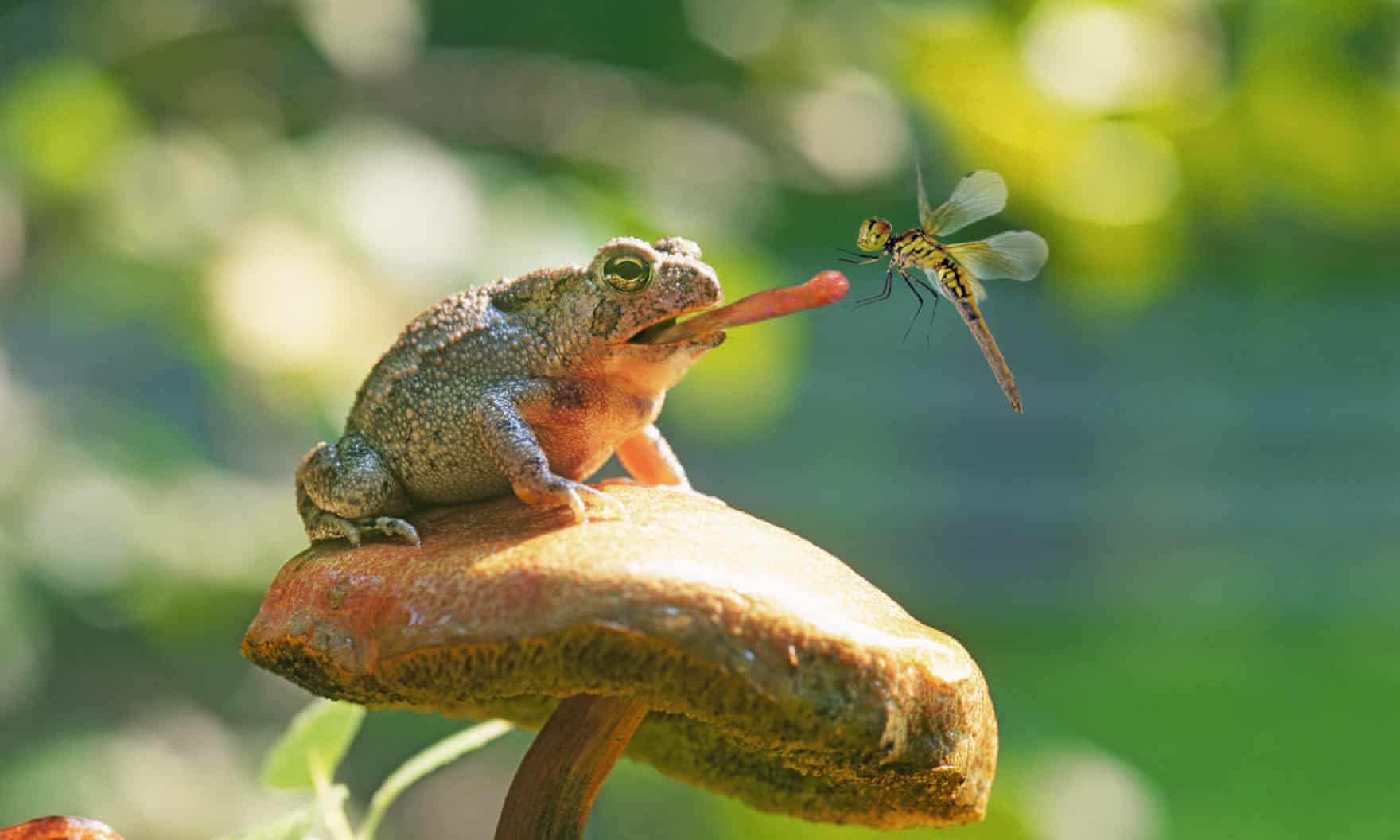 It’s gone now; no toad photo to be seen and no indication it was ever there.  And whoever Buddy Mays is, he should be roundly trounced (I think that this is him.)

Below: the tweet that corrects the species ID and the photoshopped tongue and dragonfly.

Why did no one tell me that the "Do we need a new theory of evolution?" article in the @guardian contained this gem? Anaxyrus sp toad with a photoshopped chameleon tongue grabbing a photoshopped dragonfly, placed on top of a toadstool & incorrectly labeled as a spadefoot toad. pic.twitter.com/5r4o3m4LeK

I have a big stupid grin on my face!