Today we have a batch of lovely insect photos from reader Mark Sturtevant. His captions and IDs are indented, and you can enlarge his photos by clicking on them.

Regarding any noteworthy group of insects, one may well ask “what is the largest?”, or “what is the smallest?” Since I am fairly obsessed with dragonflies, I have wondered these things about them.

In the continental U.S, there is no question about what is our smallest dragonfly. That would be the elfin skimmer (Nannothemis bella). According to Paulsen’s field guide, the larger females are at most 20mm long: probably shorter than the length of the last joint on your little finger. Paulsen describes them as being “barely big enough to be called dragon”. A single mosquito would be a full meal for them! Elfin skimmers are a species of concern over much of their range, since they have very particular environmental requirements and they do not fly more than a few feet from where they emerge. In my area, most of the recorded locations have turned up nothing since the species is easily driven to local extinction. But I did find a small population along a very isolated lake shore several hours from home. For me, finding them was one of the greatest thrills I’ve had in my years of macrophotography.

I knew they would be small, but Wow! They are tiny! A macro lens was definitely required, but they proved easy to photograph since they really want to stay right where they are. Here is a female. Their bold markings are suspected to make them a wasp mimic. Bear in mind that she is perching on a blade of grass. 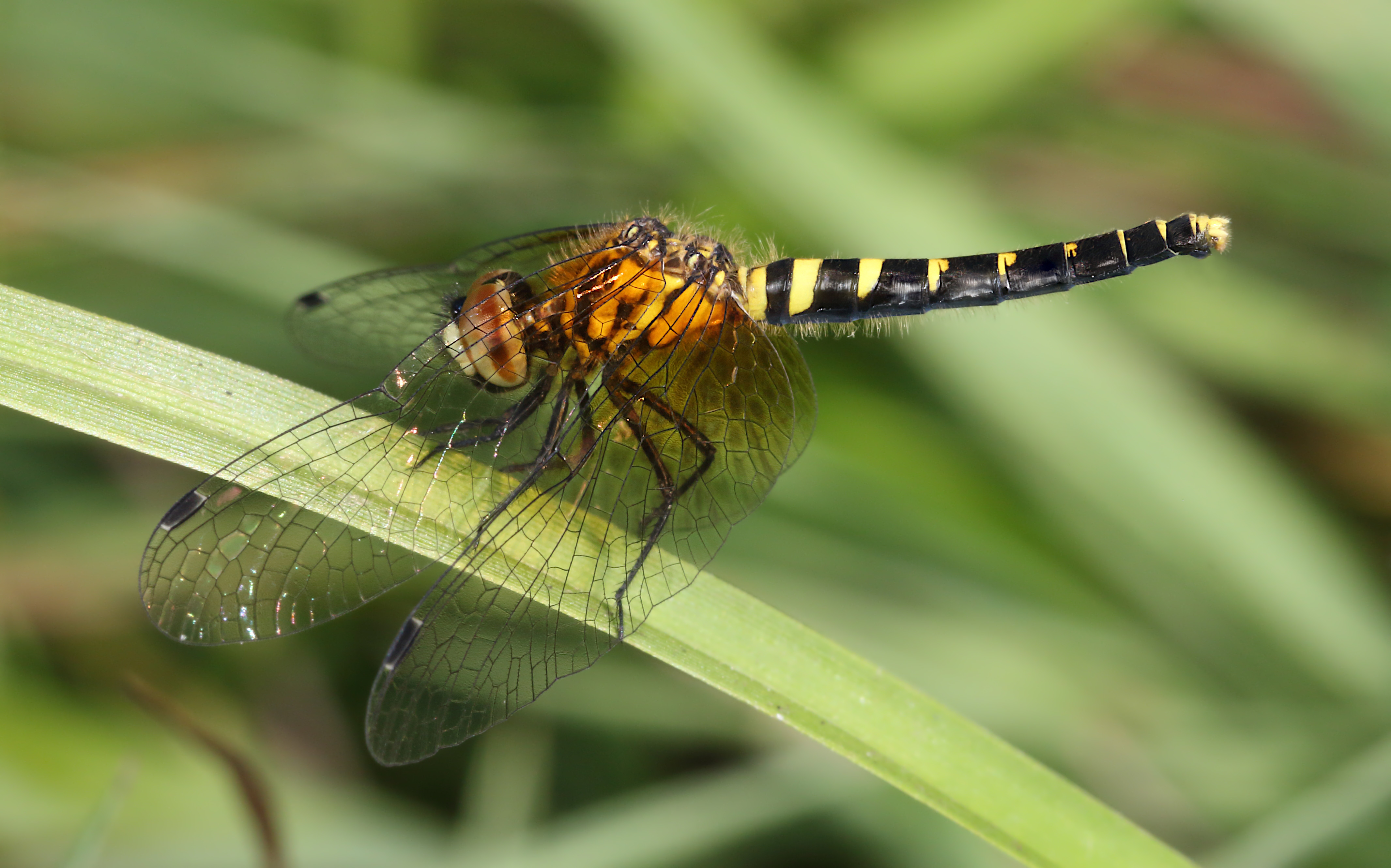 And here are some males, which are smaller than the females. Males get more pruinose with age. 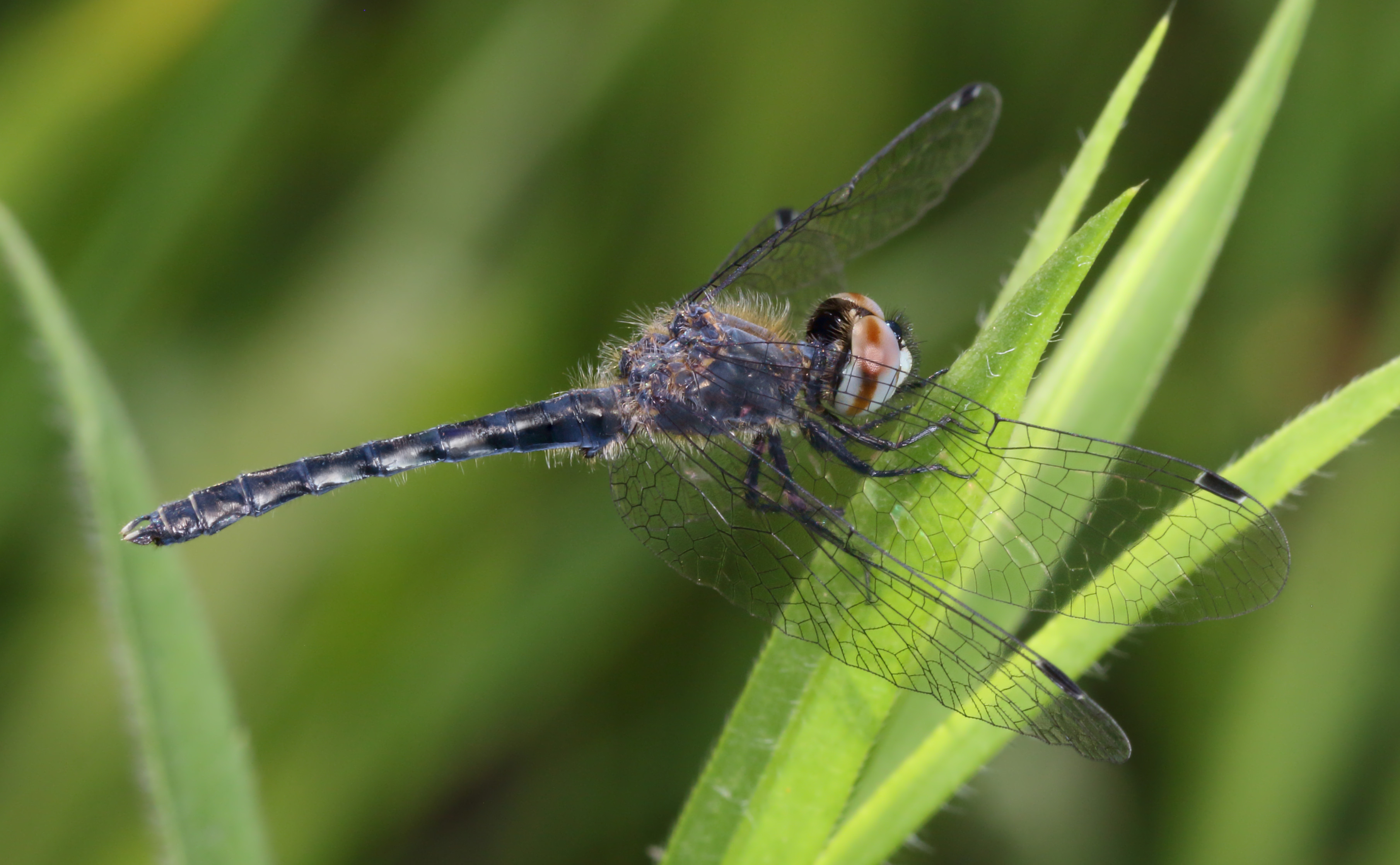 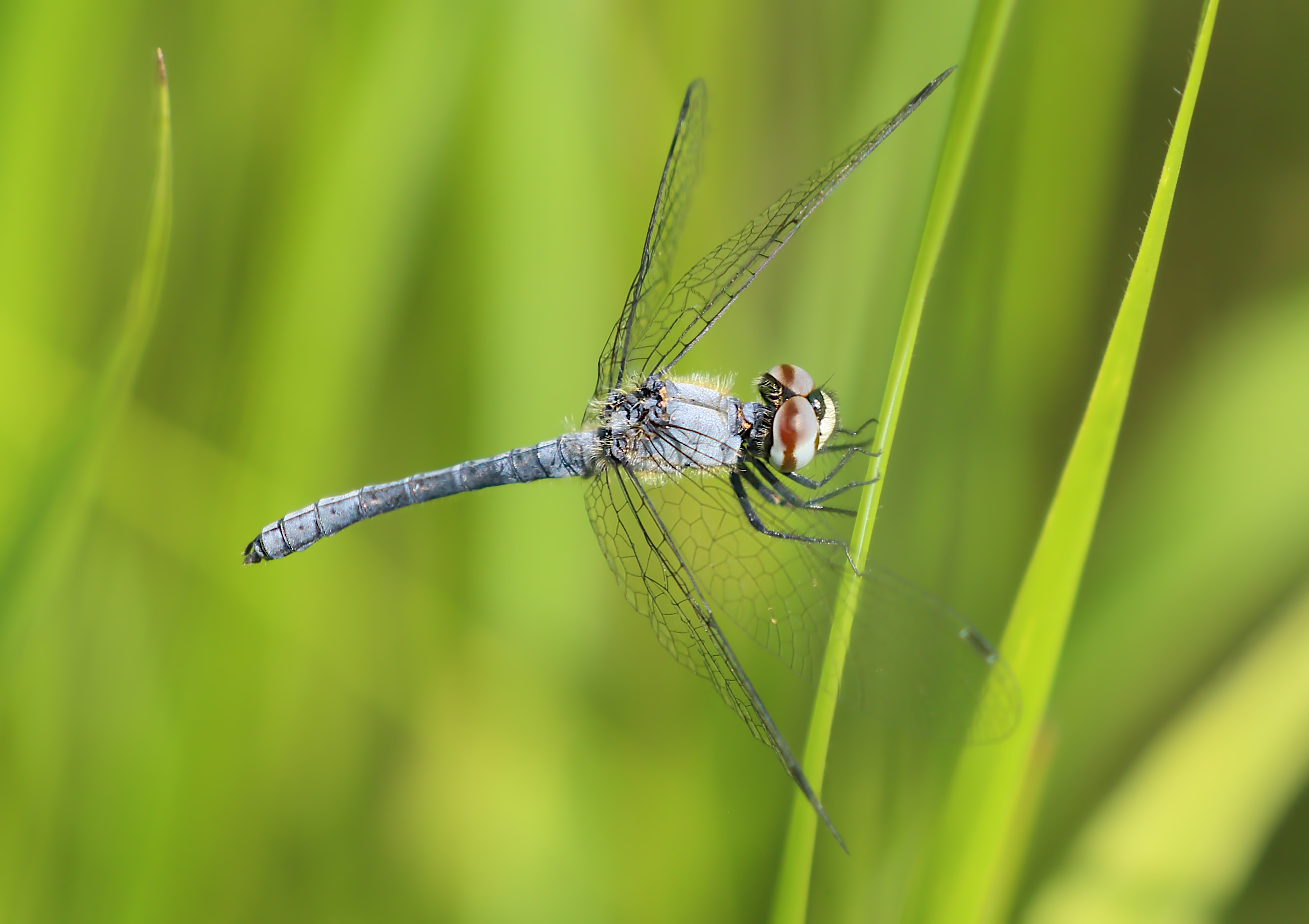 Here is a picture of one perched on someone’s little finger (!)

The elfin skimmer is considered to be the second smallest dragonfly in the world. The smallest is a related species found in China, and here it is

What about the largest dragonfly? For the entire world, that would be another U.S. species called the giant green darner, (Anax walsinghami) which tops out at a ginormous 116mm or so in length. It flies in the southwestern U.S., and I would sure like to see one. Here it is (or you can try this one.)

What I consider to be the largest dragonfly in my area is considerably larger than most dragonflies anywhere, since it gets up to 90 mm long. That would be the powerfully built dragonhunter dragonfly (Hagenius brevistylus), so named because they habitually prey on large insects—including other dragonflies. I try to see dragonhunters every summer, although they are not common around here, so each encounter defines a new spot of hallowed ground. Here is a female who was slowly patrolling a lake. The encounter with her was amazing as it began with her landing on top of my monopod – right under my nose. I was all like :😮. 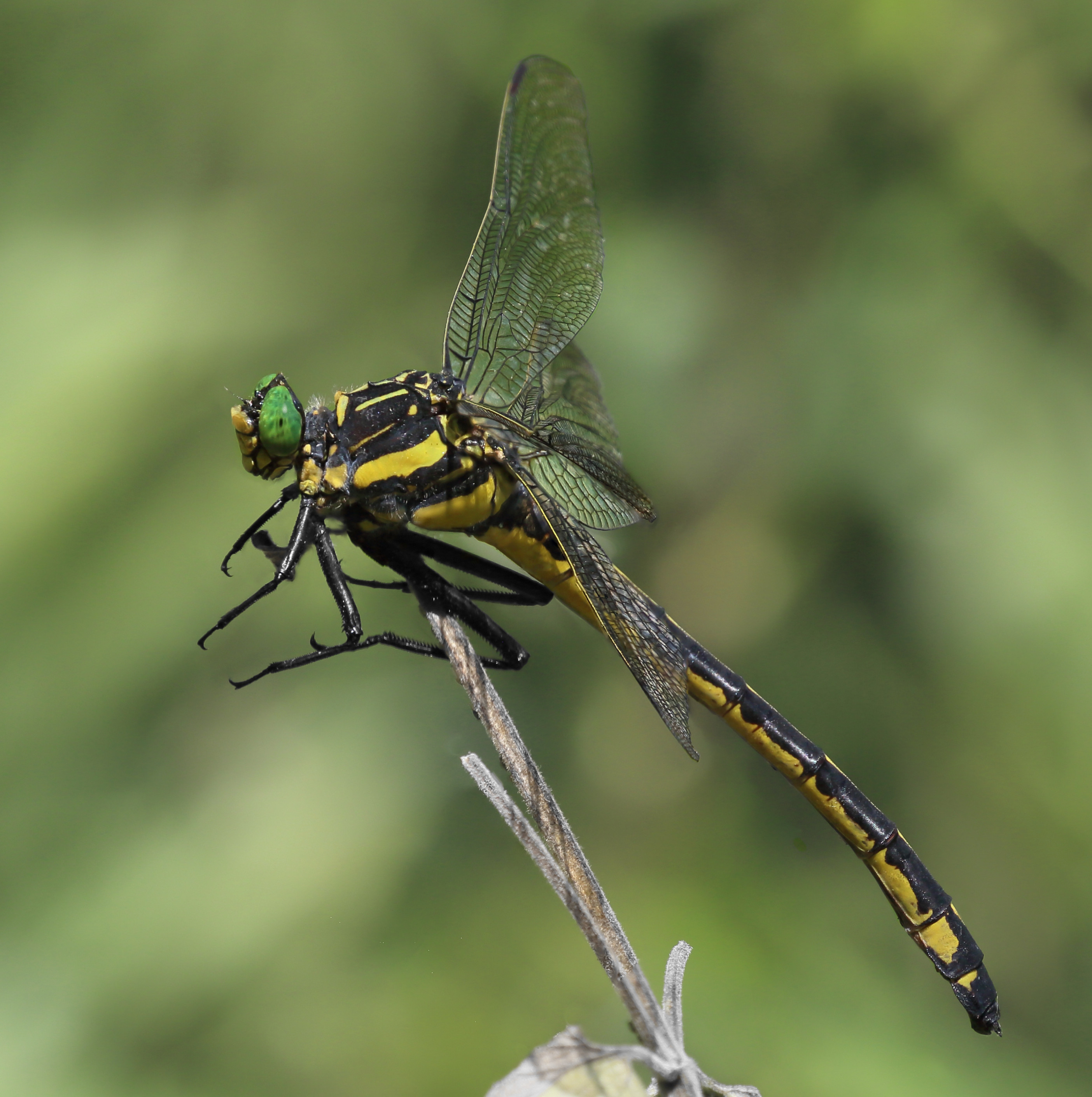 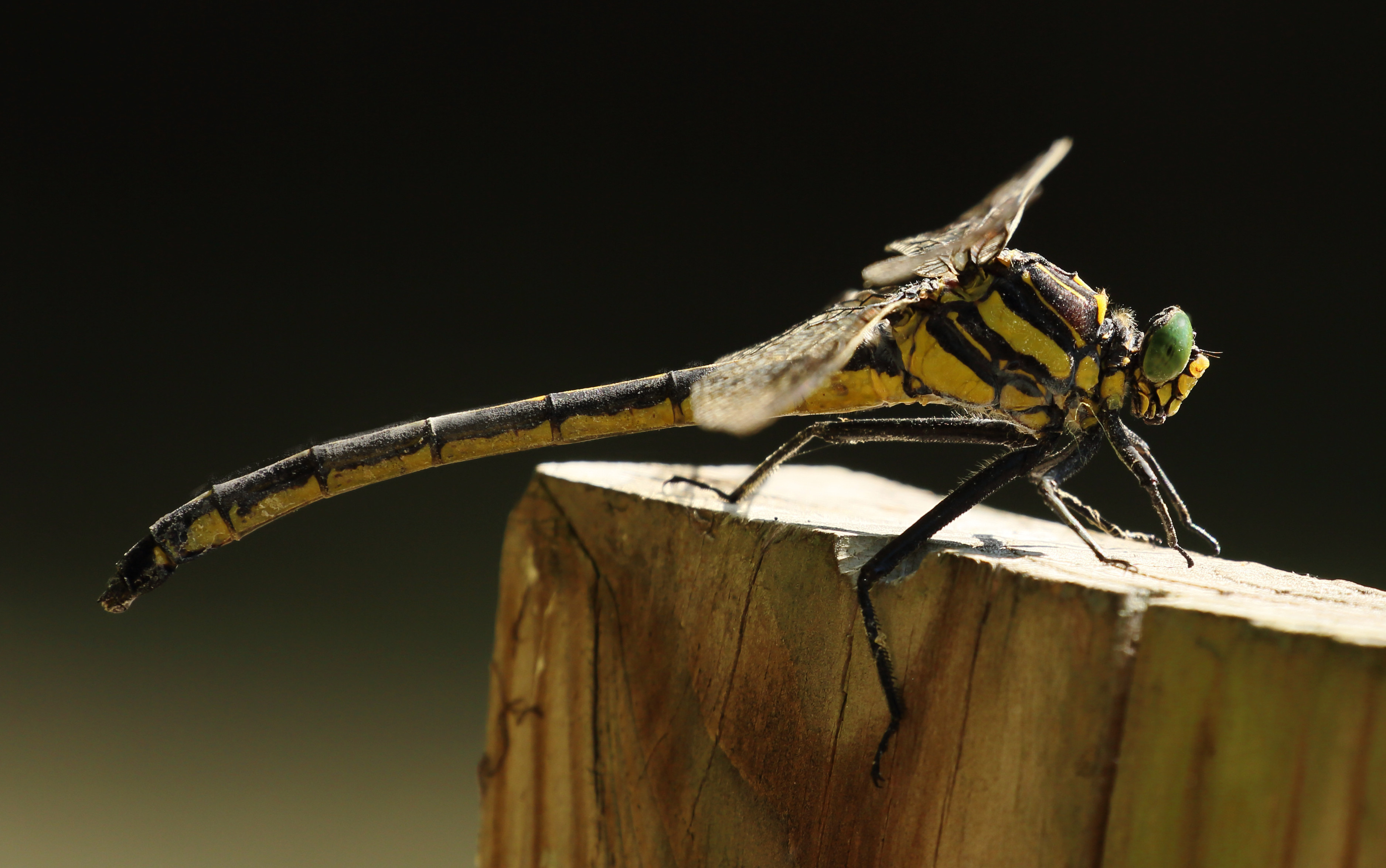 Shortly after the second picture, she suddenly took off like a shot. All business. I heard a distinct impact sound above me, and she then flew by carrying another dragonfly! I could not get a good picture, unfortunately, but it looks like the prey was a blue dasher dragonfly. 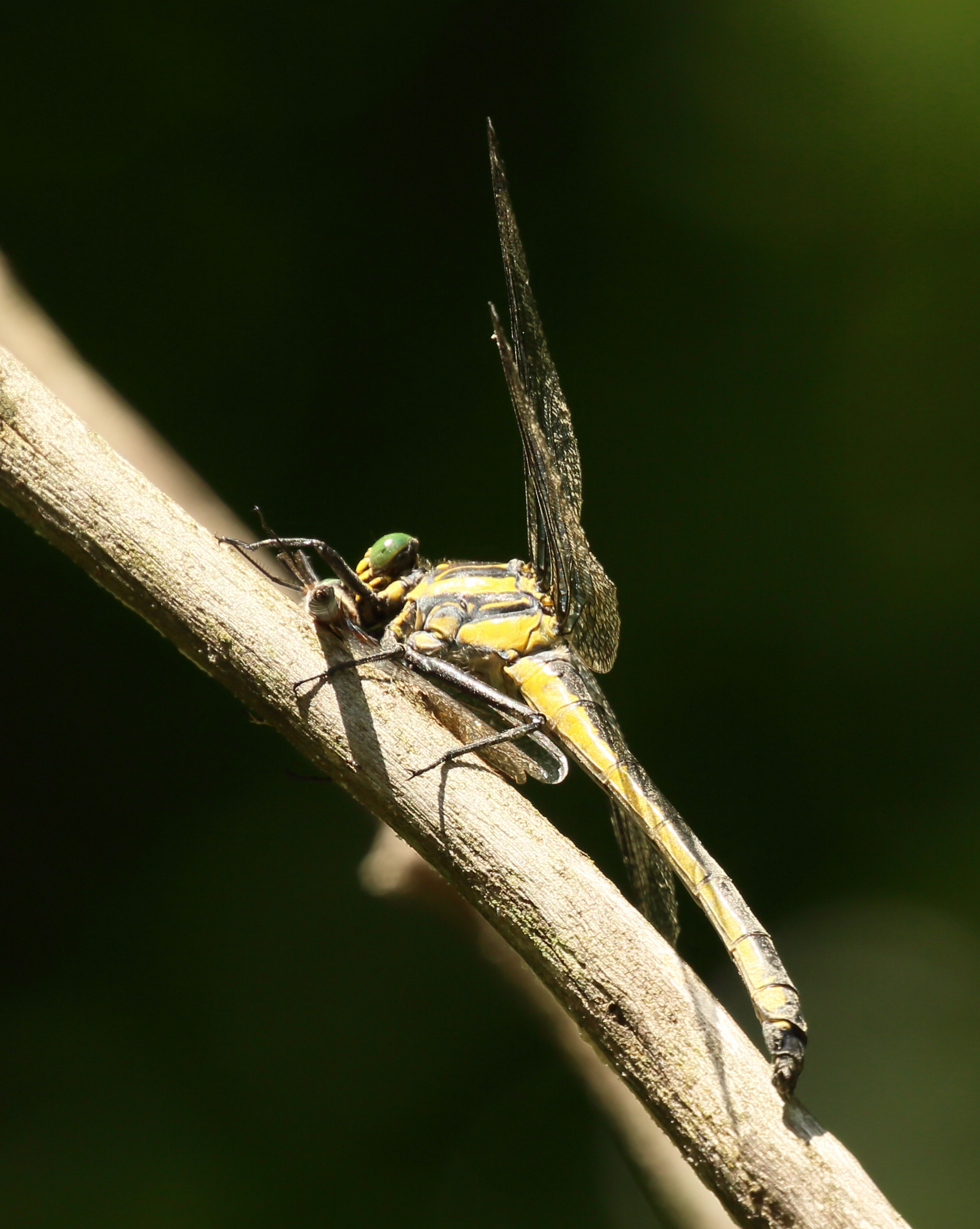 Next is a male dragonhunter who was patrolling my favorite spot for photographing these awesome insects. This is one of my favorite insect pictures. 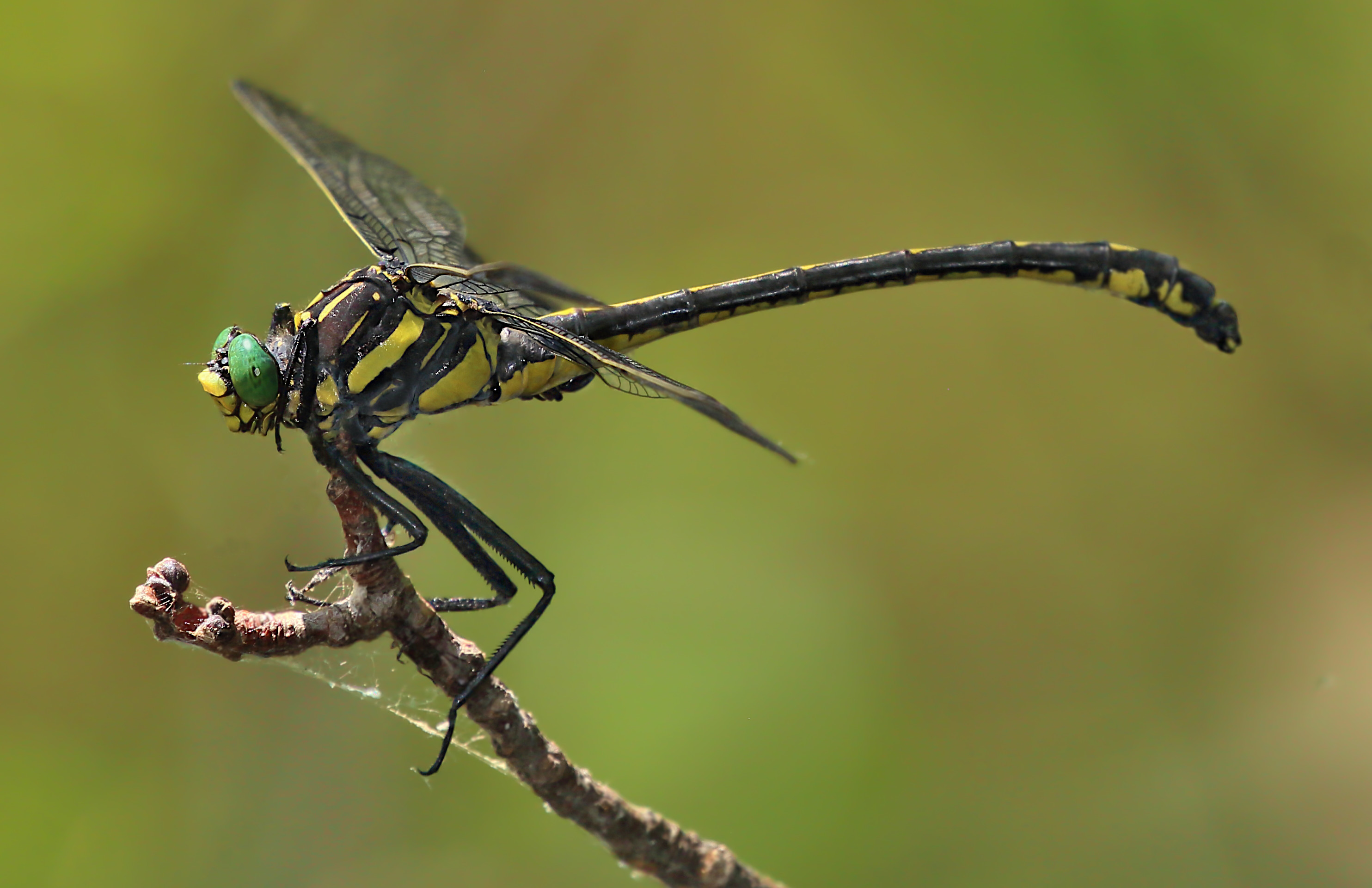 I will here throw down another very large dragonfly, described as being nearly as large as the dragonhunter. I had returned to the above location with a friend so that he might get his first photograph of a dragonhunter (we were successful), and there were several royal river cruisers (Macromia taeniolata) patrolling across the river. At one point a male r.r.c. flew across and landed next to me, and here he is. I swear—that is how their eyes look. 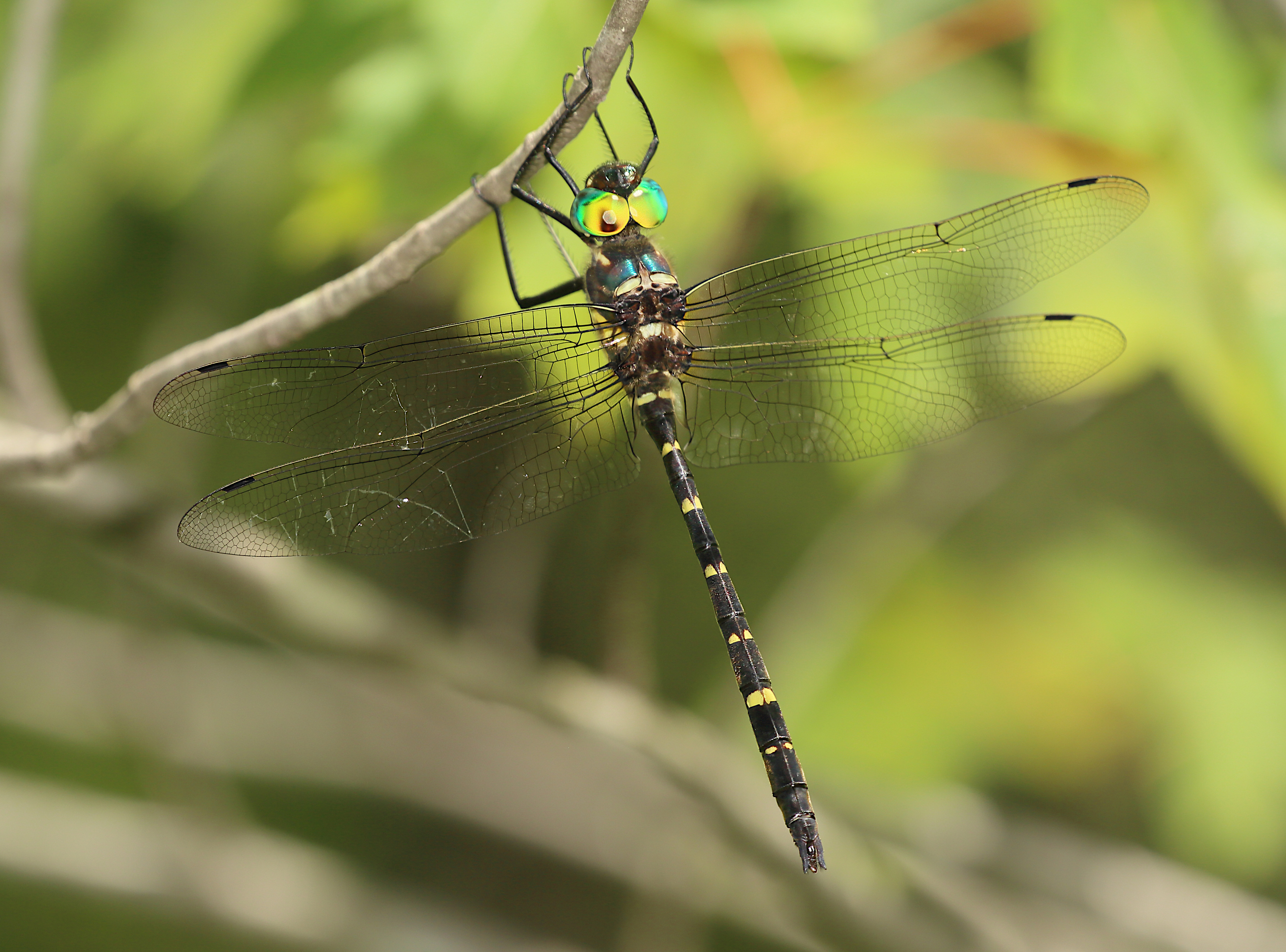 Finally, here is a picture of me that was taken by my friend as I was taking the above picture. 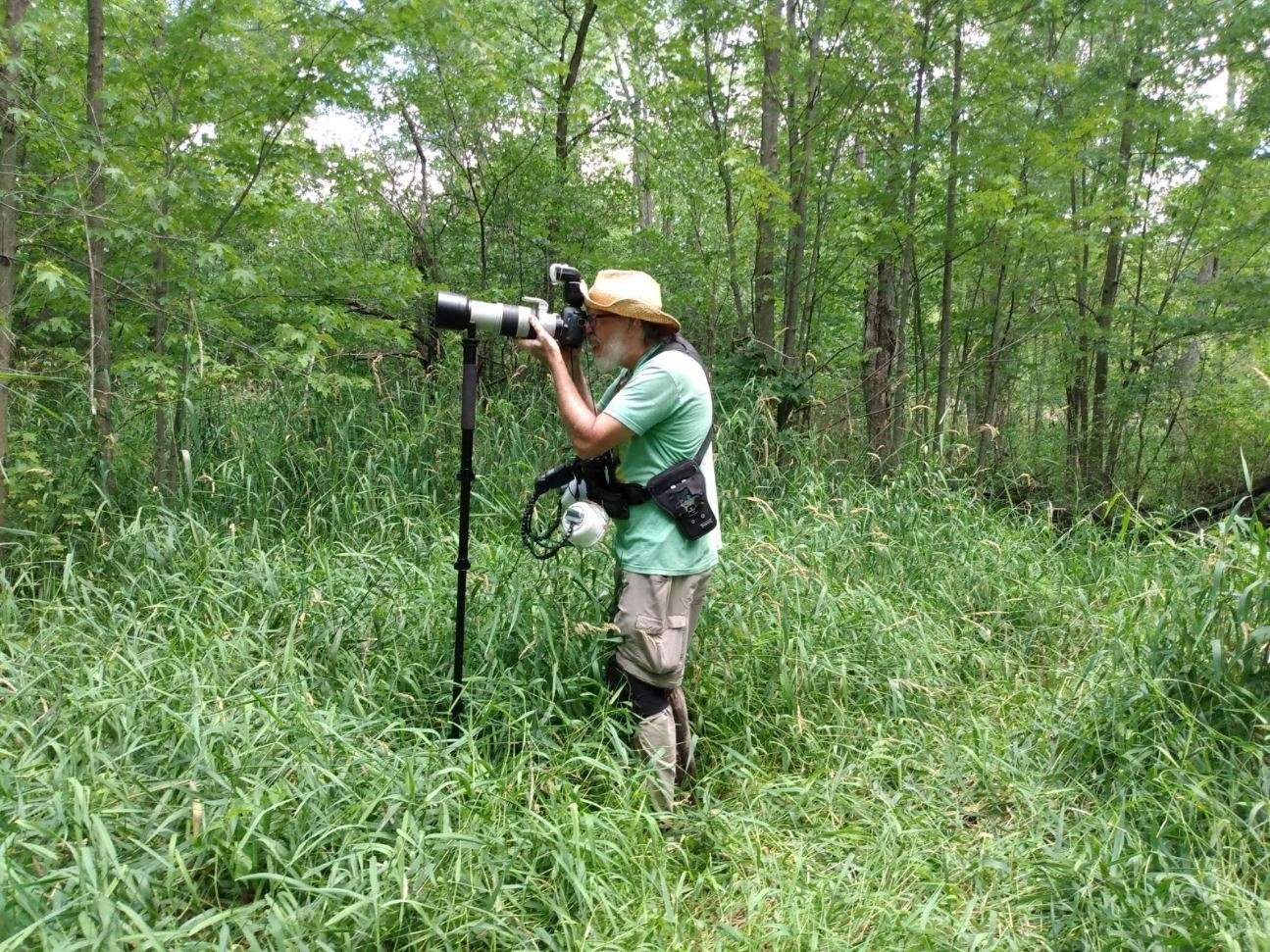