John McWhorter’s latest New York Times newsletter, which one usually has to subscribe to (free with a NYT subscription), has appeared in the pages of the NYT, and if you subscribe to the paper you can read it without signing up for the newsletter. Click on screenshot below. It’s a spirited defense of his own views—and those of other blacks who don’t conform to “accepted” black ideology—against the charges that they’re sellouts and don’t really believe what they say. 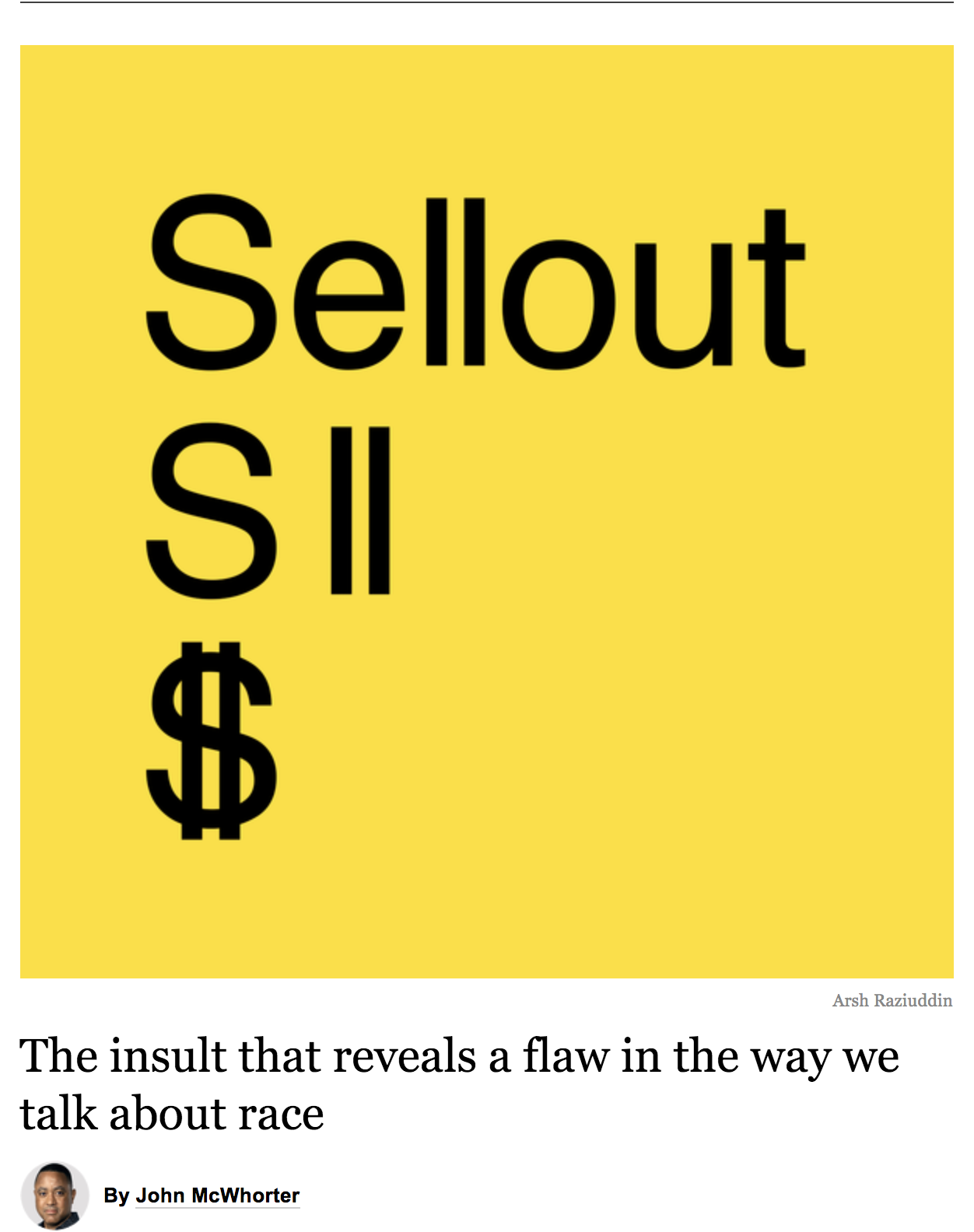 If you’ve read McWhorter, you’ll know that he’s sincere in his beliefs and writings; there is not a scintilla of evidence otherwise. But the charge is that he, and other blacks, including conservatives like Thomas Sowell and Clarence Thomas, give contrarian talks and write contrarian books to make money.

McWhorter notes that genuine black “sellouts” have existed, like those who were FBI informants and infiltrated the civil rights movement, but he says that he knows many of the African-American “contrarians” criticized for being sellouts, and has found them all sincere. And I have no reason to contradict that. Whatever you say about Clarence Thomas, I don’t think you can say he issues his conservative opinions to make money! (He could speak up from the bench, though.

More important, to criticize people like Mcwhorter because their views go against the “acceptable” views for blacks is racism itself: it’s implicitly a denigration of black people for not being able to think for themselves.  One quote, and I’ll pass on.

Why? Because racism. The idea is that racism is so oppressive that a Black person who “decenters” the decrying of it could have only ulterior motives. That’s not crazy — but it’s also wrong.

For one, this take on conservative Black thought — i.e. that no sane Black thinker could be conservative — is naïve. Many Black thinkers are quite aware of racism and how it works and yet question the efficacy of focusing racial uplift efforts on changing white minds. Many know of Booker T. Washington, but there are many others — one must address Thomas Sowell, for one. Or George Schuyler, for two. I’ll stop there for now.

Second, one can know about racism and its effects but disagree with the orthodoxy on what one does in response to it. For example, the current consensus prescription for social racism is to ask a nation of people to look inward and examine themselves for even subtle kinds of racist bias. But this is a revolutionary approach to social change as human history goes. And it is true that a form of it worked once, after the 1960s when America learned to revile racism in a basic sense in a way that would have looked like science fiction just 20 years before. But today we are asking America to look much, much deeper — and some of us question how realistic or even necessary that is.

Now the column isn’t near as absorbing as his barnburner “University of Wisconsin’s racist rock” piece, but one can’t expect such passion every week.  And a defense of contrarian black thought needs to be mounted. The question is whether McWhorter was the one to do it, as it smacks a wee bit of defensiveness. On the other hand, he manages to turn a piece that could easily have reeked of victimization into a general critique of those African-Americans (and whites) who think that there’s only one acceptable set of ideas for black people.