Today is Sunday, and that means a batch of themed bird photos by biologist John Avise. His captions and notes are indented, and you can enlarge his photos by clicking on them.

North America has two species of Pelicans: the Brown Pelican (Pelecanus occidentalis) and the American White Pelican (Pelecanus erythrorhynchos).  Both have a large gular pouch used to catch fish. But interestingly, these two species otherwise employ completely different feeding techniques.  A Brown Pelican spots fish from the air and then plunge-dives head-first to capture the prey in its rapidly expanding pouch.  The White Pelican, by contrast, typically hunts in groups while swimming on the water’s surface.  Several White pelicans line up with their beaks in the water and herd fish into shallow waters where they scoop them up.  In effect, the gular pouches of White Pelicans collectively act like a seine, pinning their prey in the shallows or against an embankment.  This week’s photographs showcase these two pelican species and illustrate their distinct feeding modes. 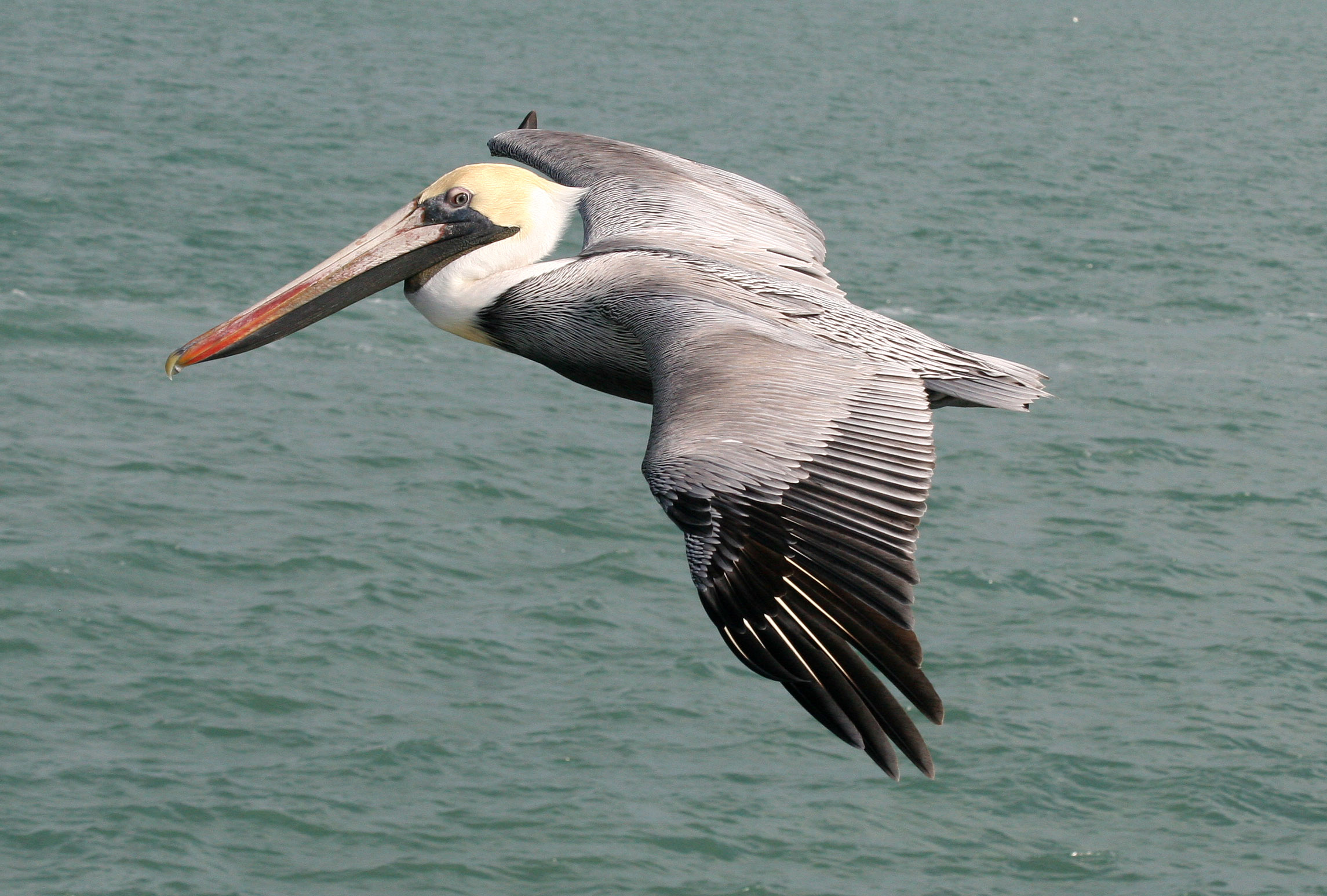 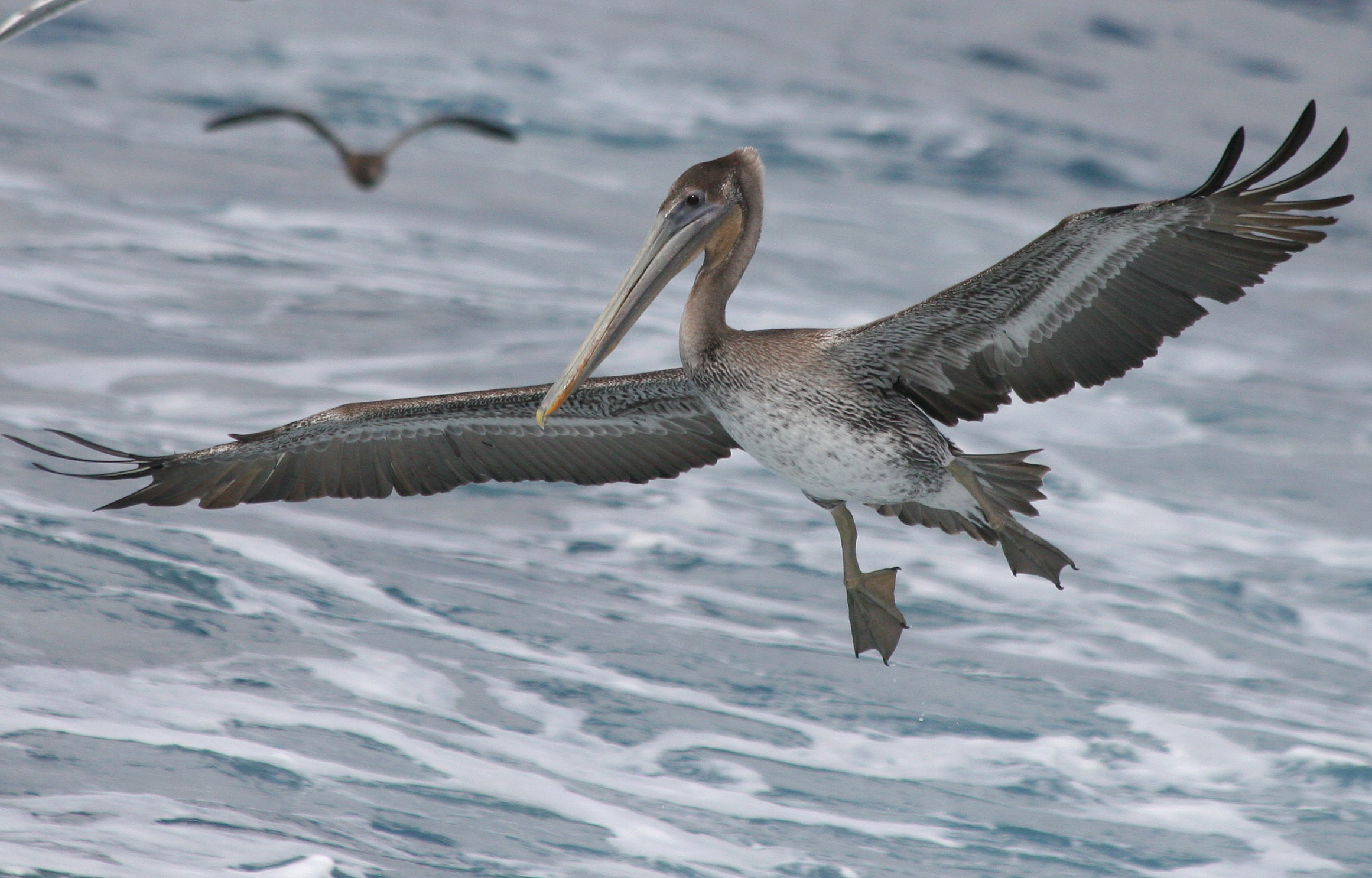 Spotting a fish from the air: 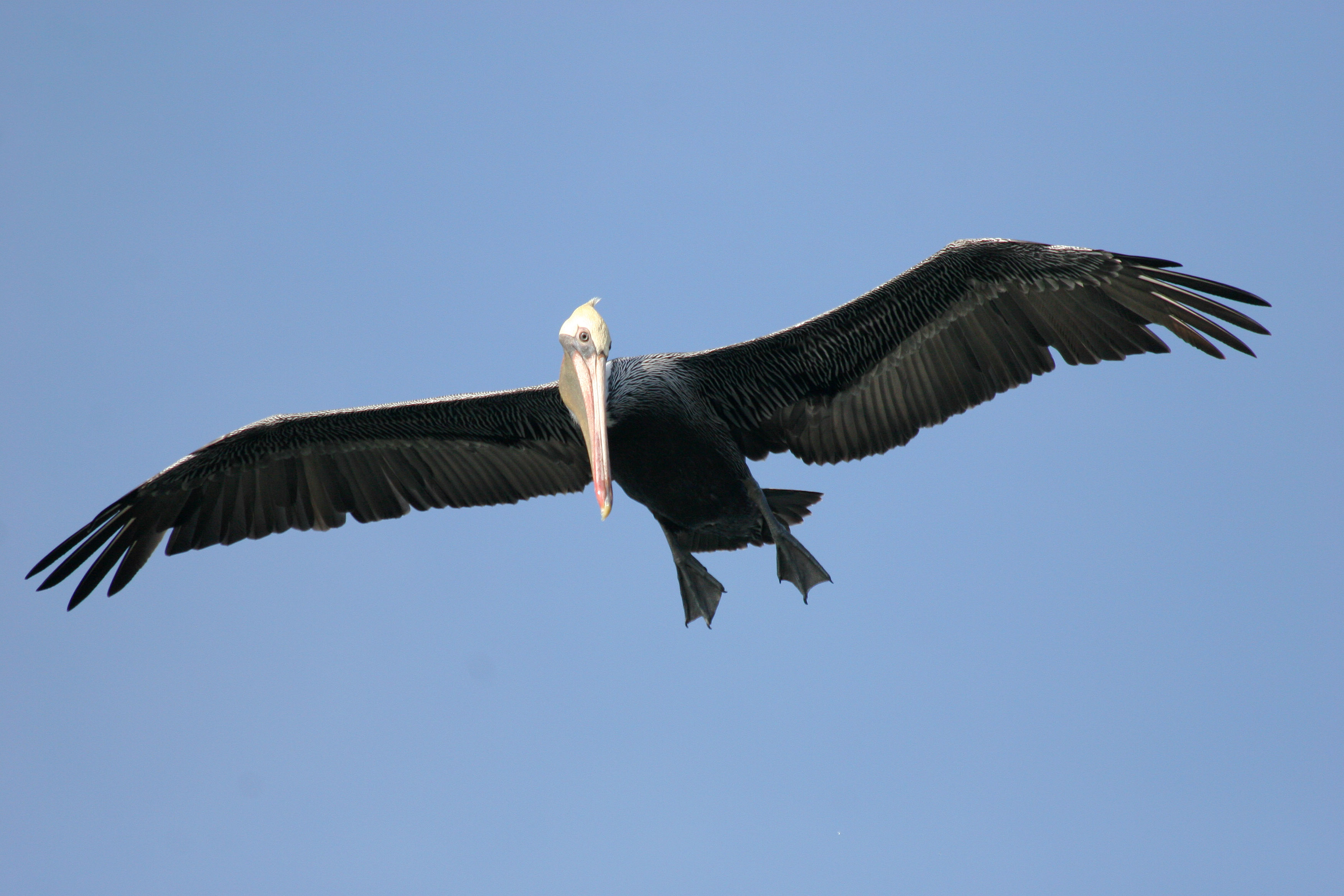 Putting on the air brakes: 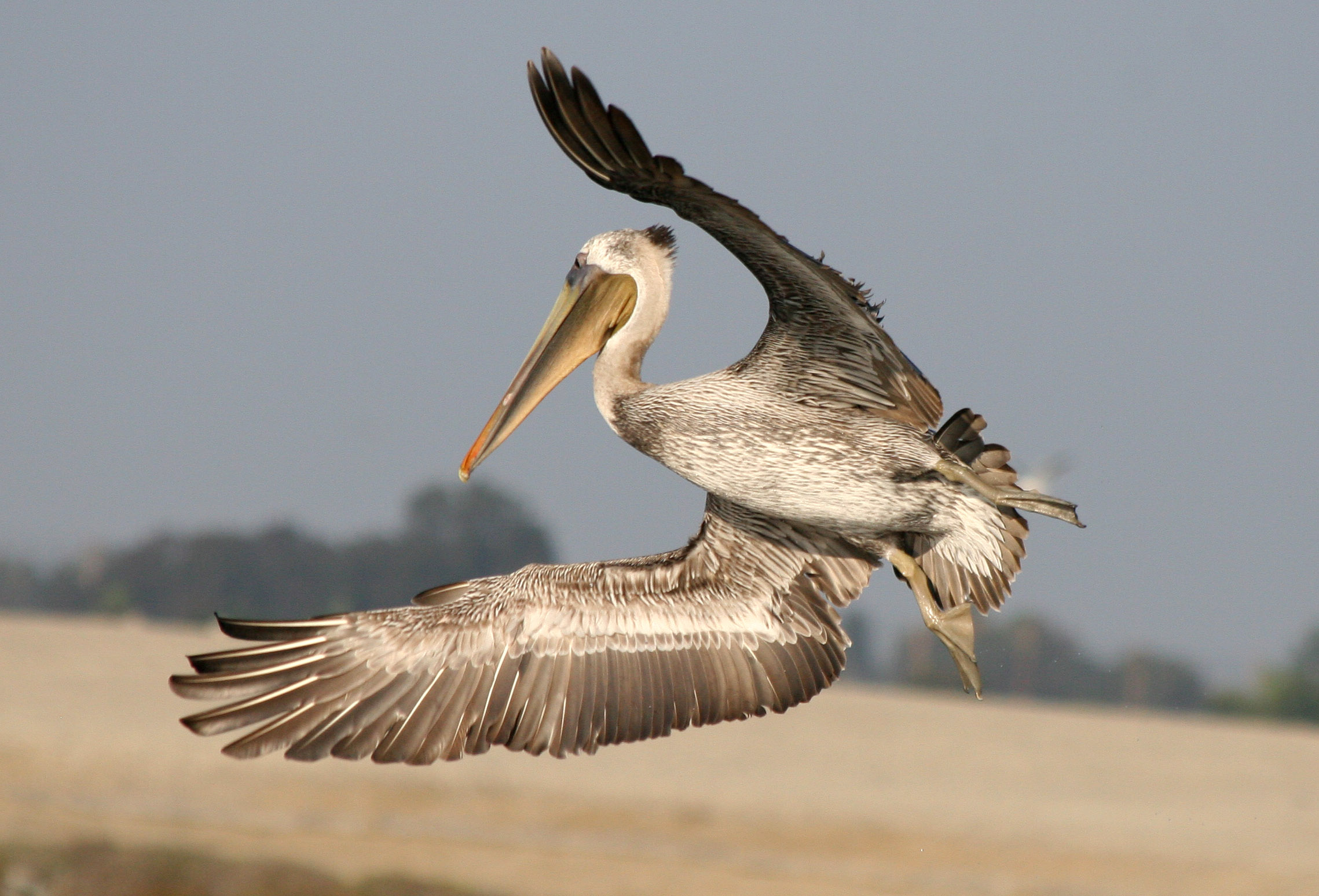 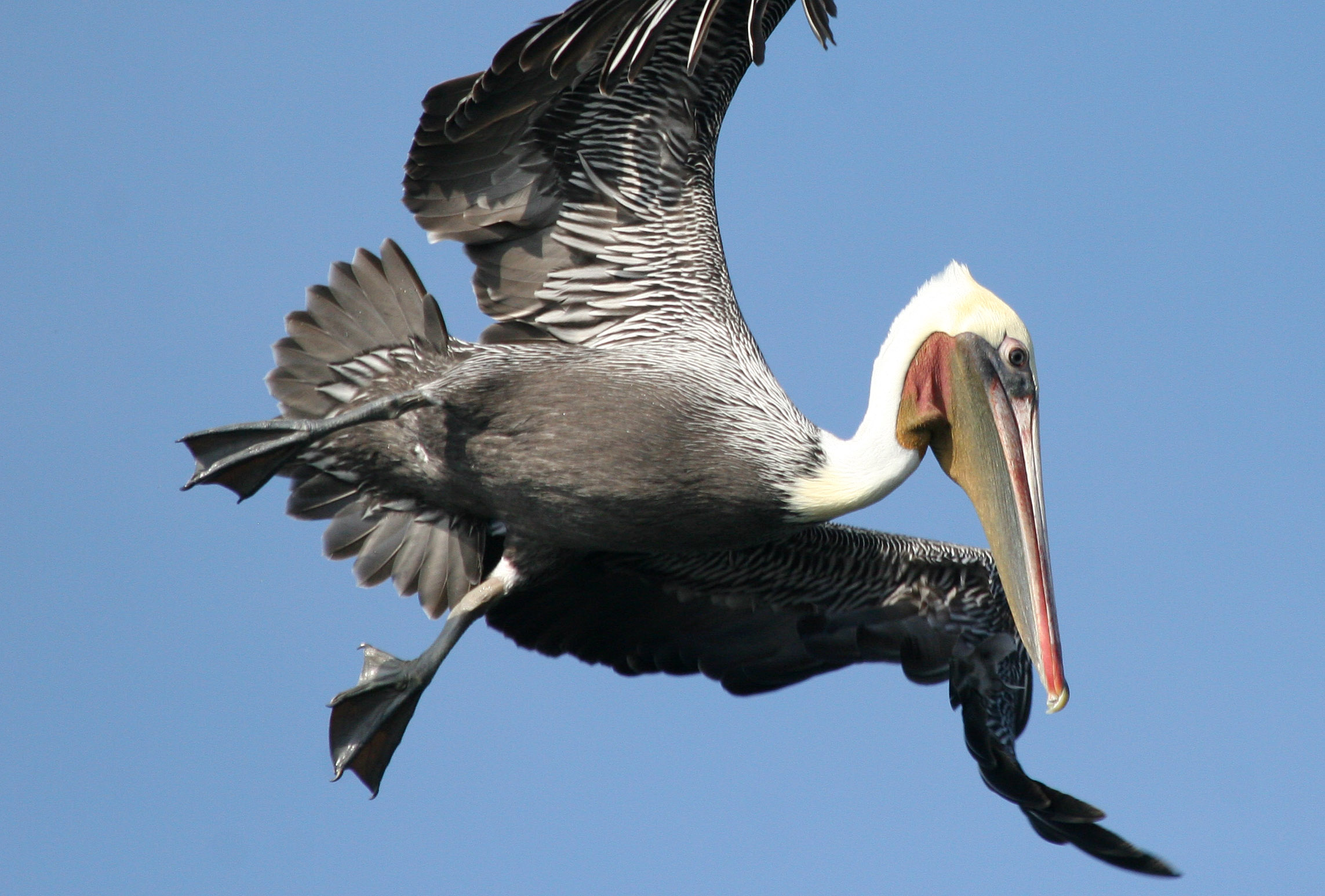 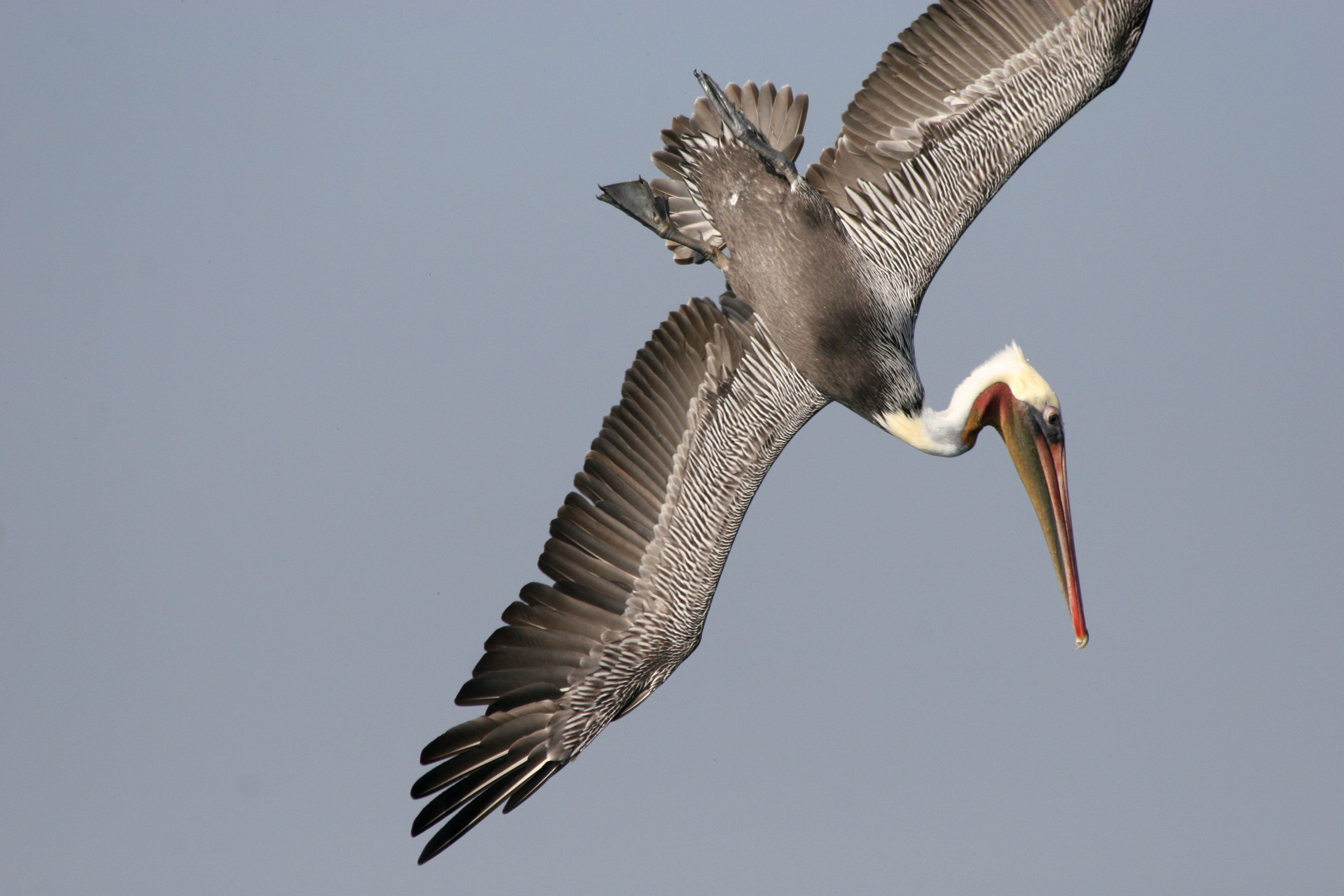 After the dive, with gular pouch expanded: 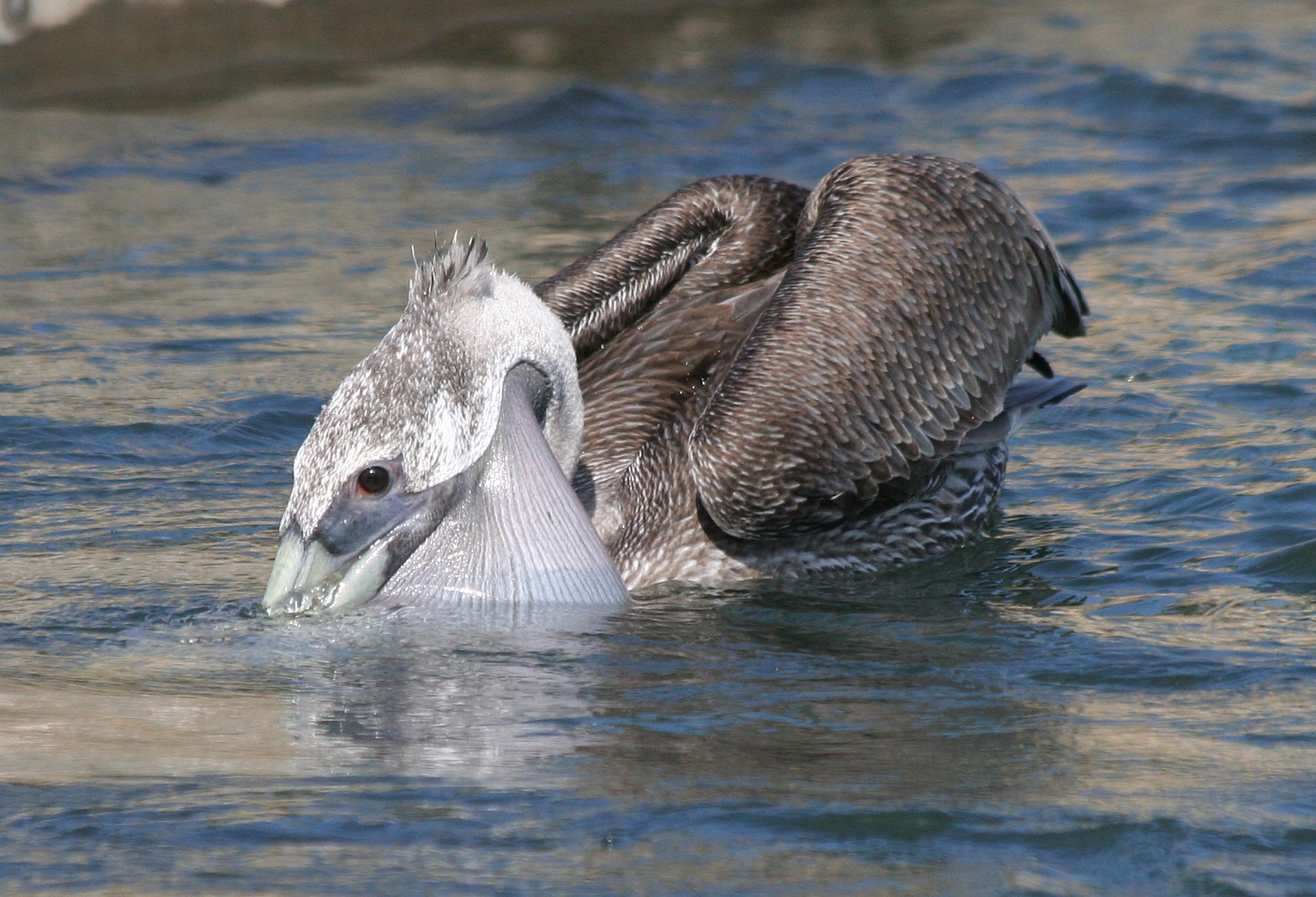 Getting ready to swallow its prize: 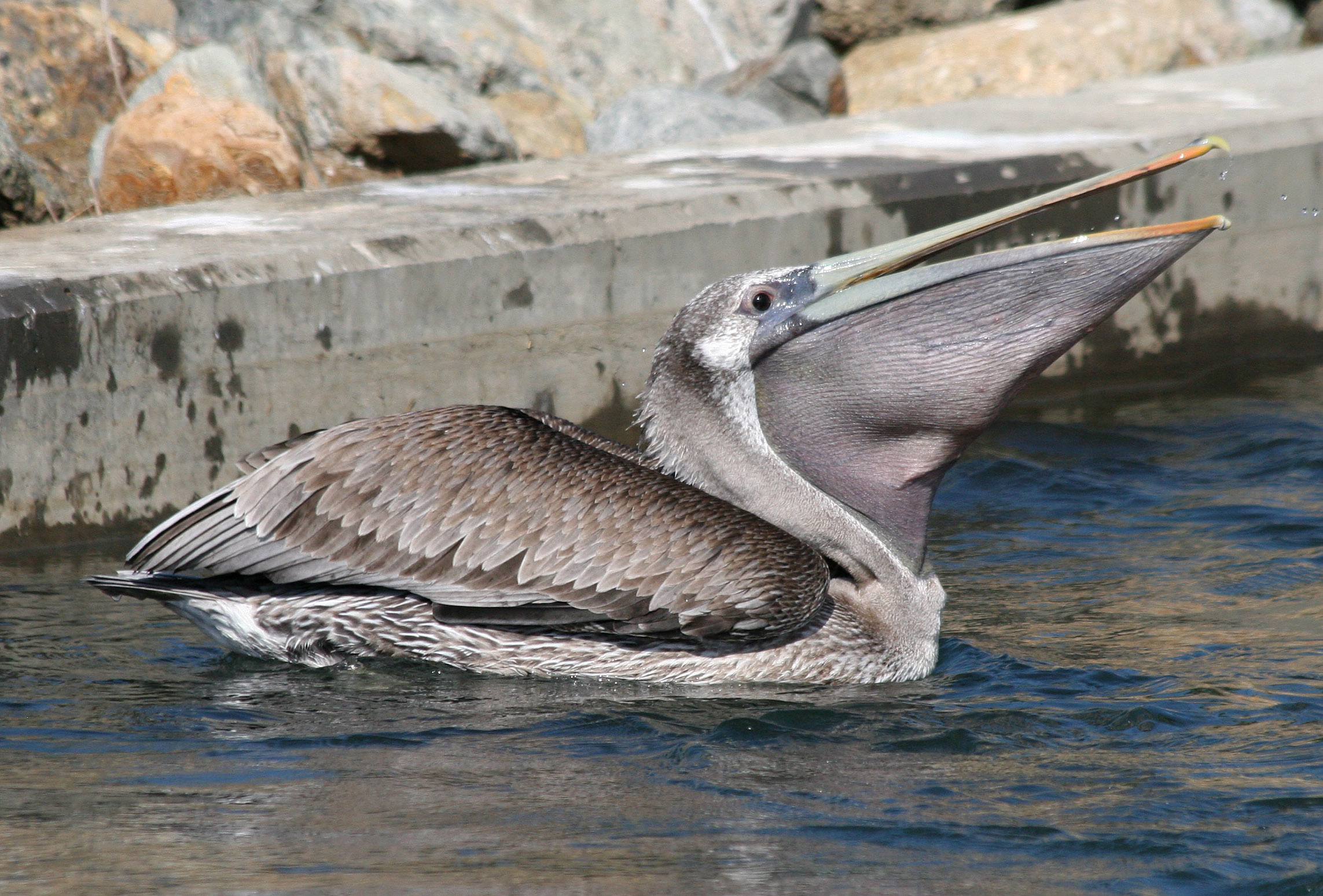 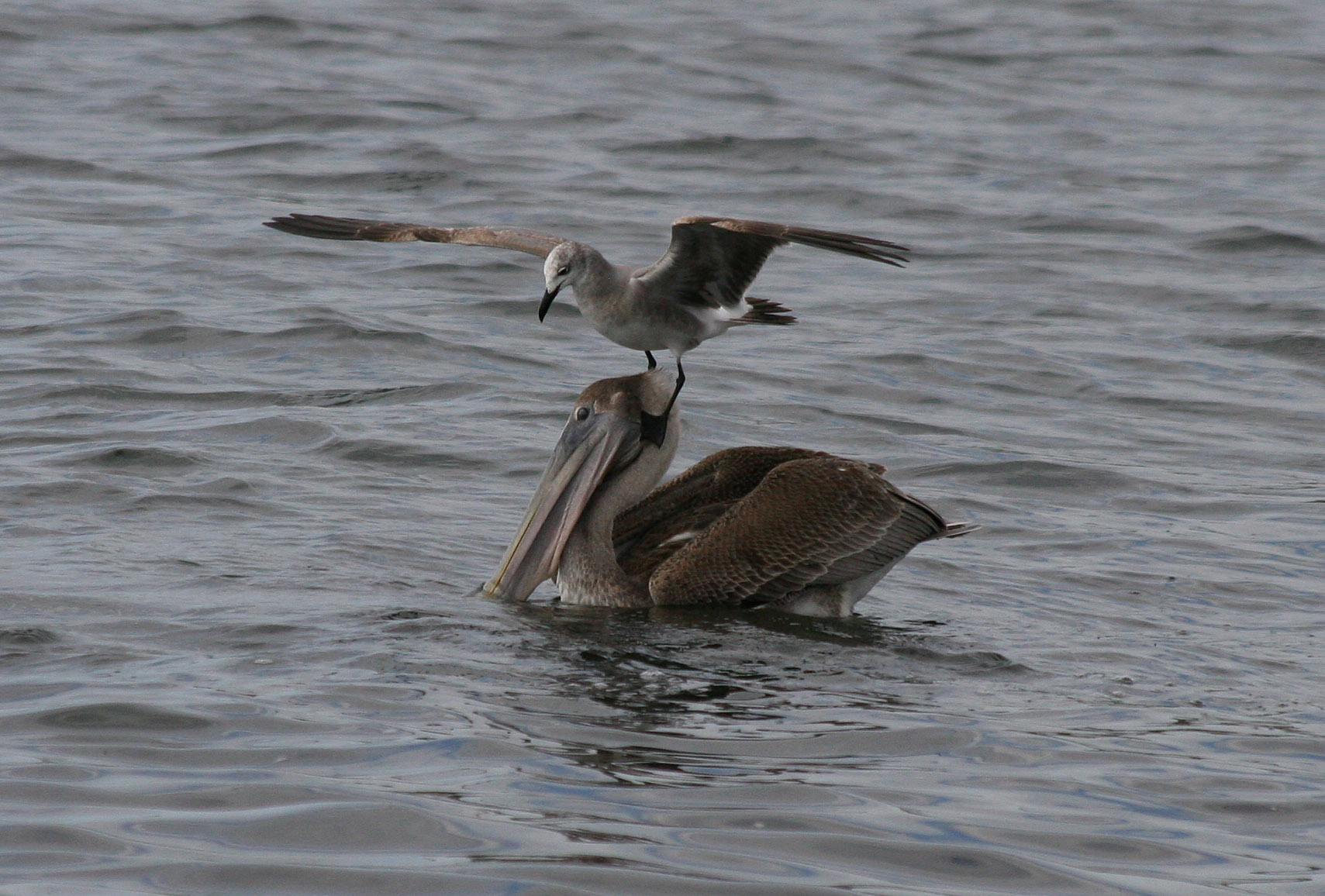 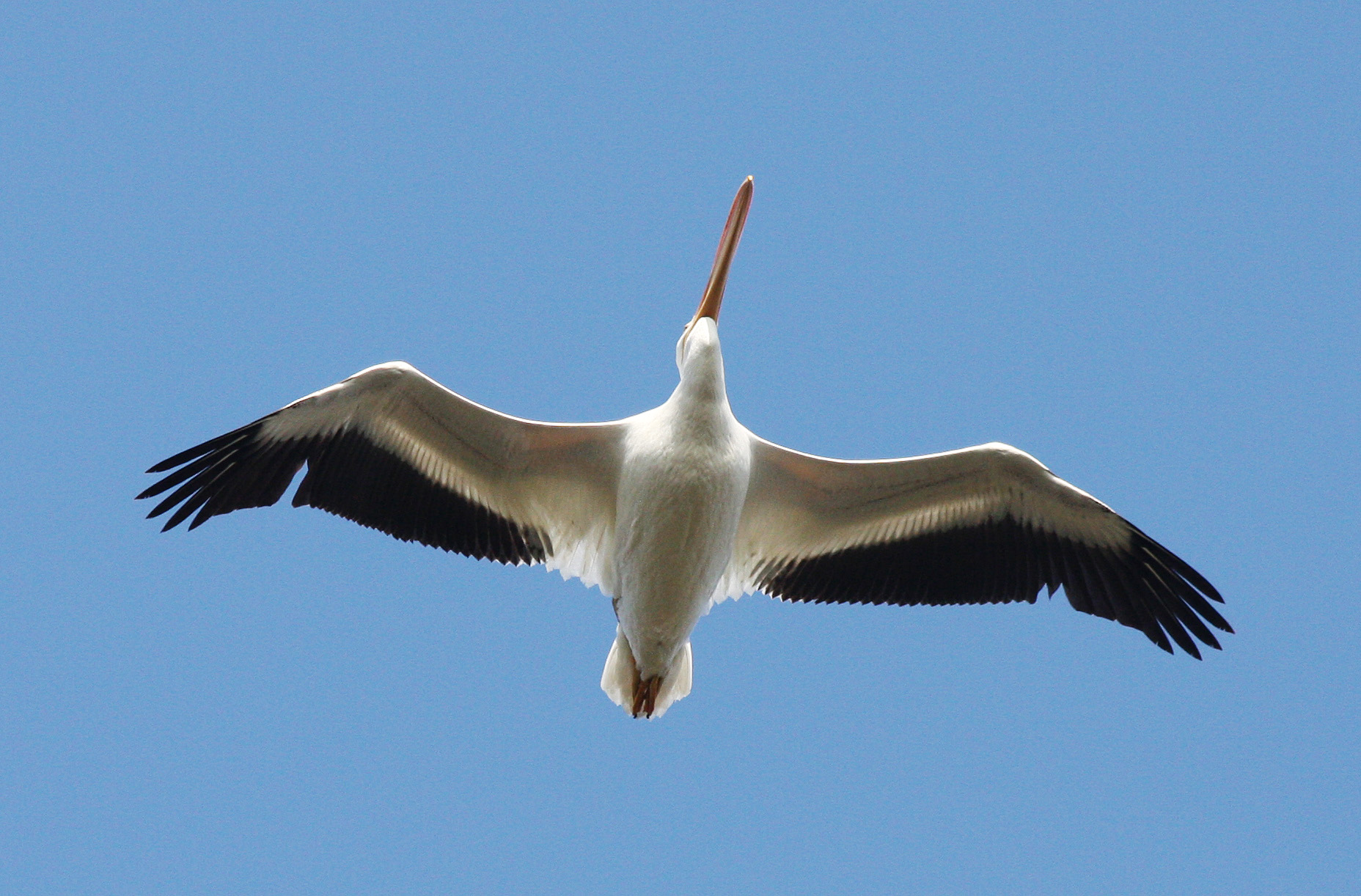 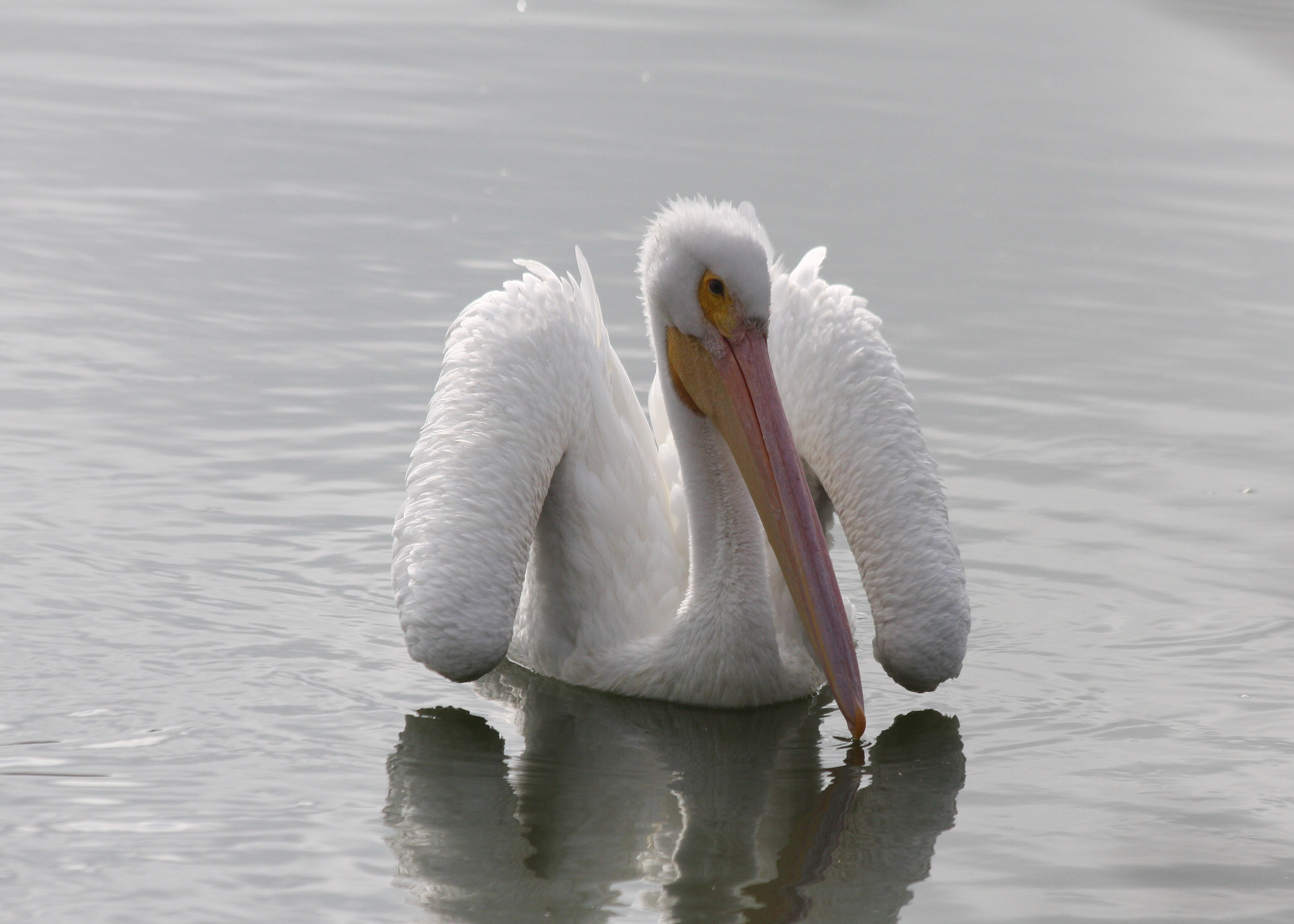 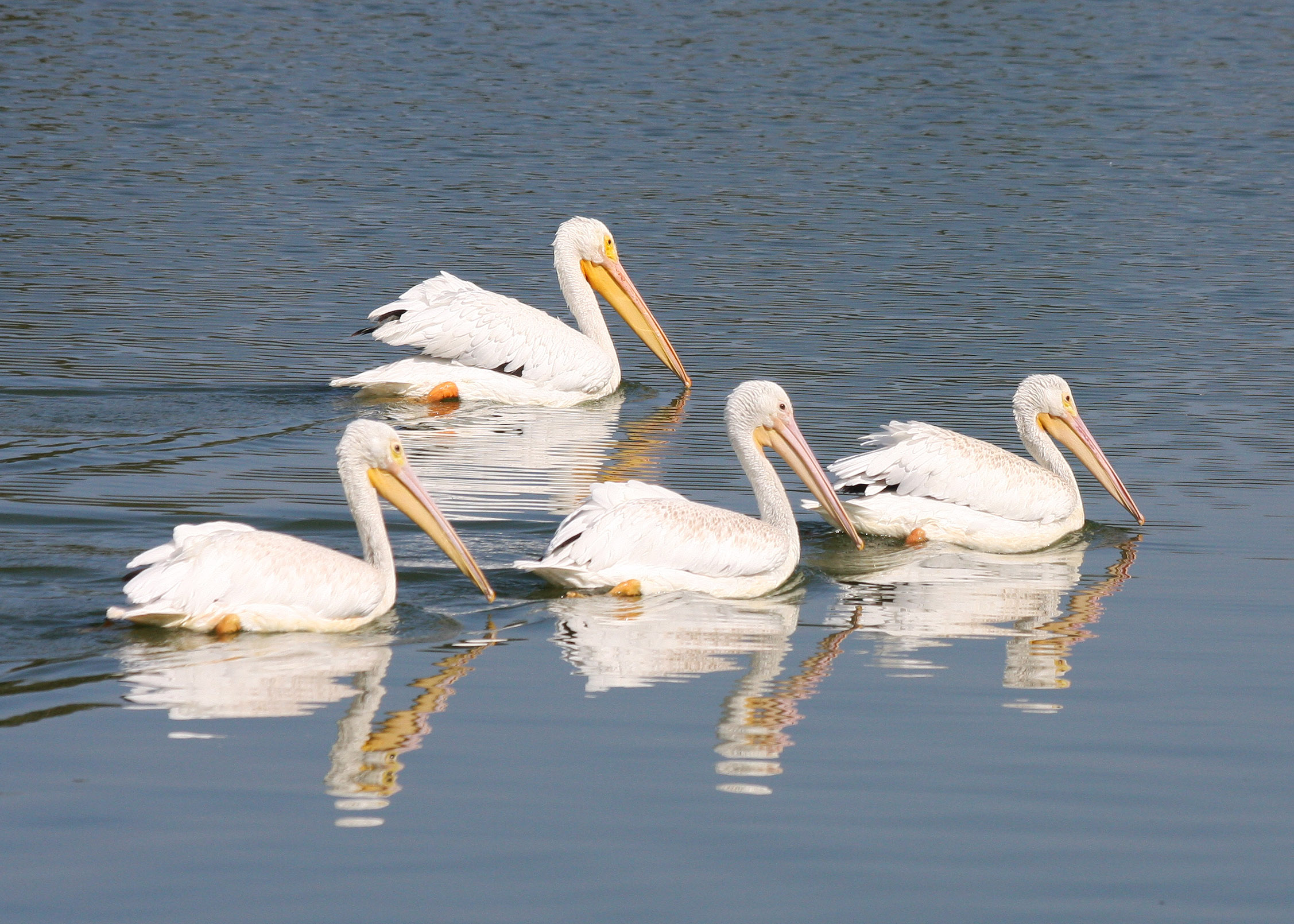 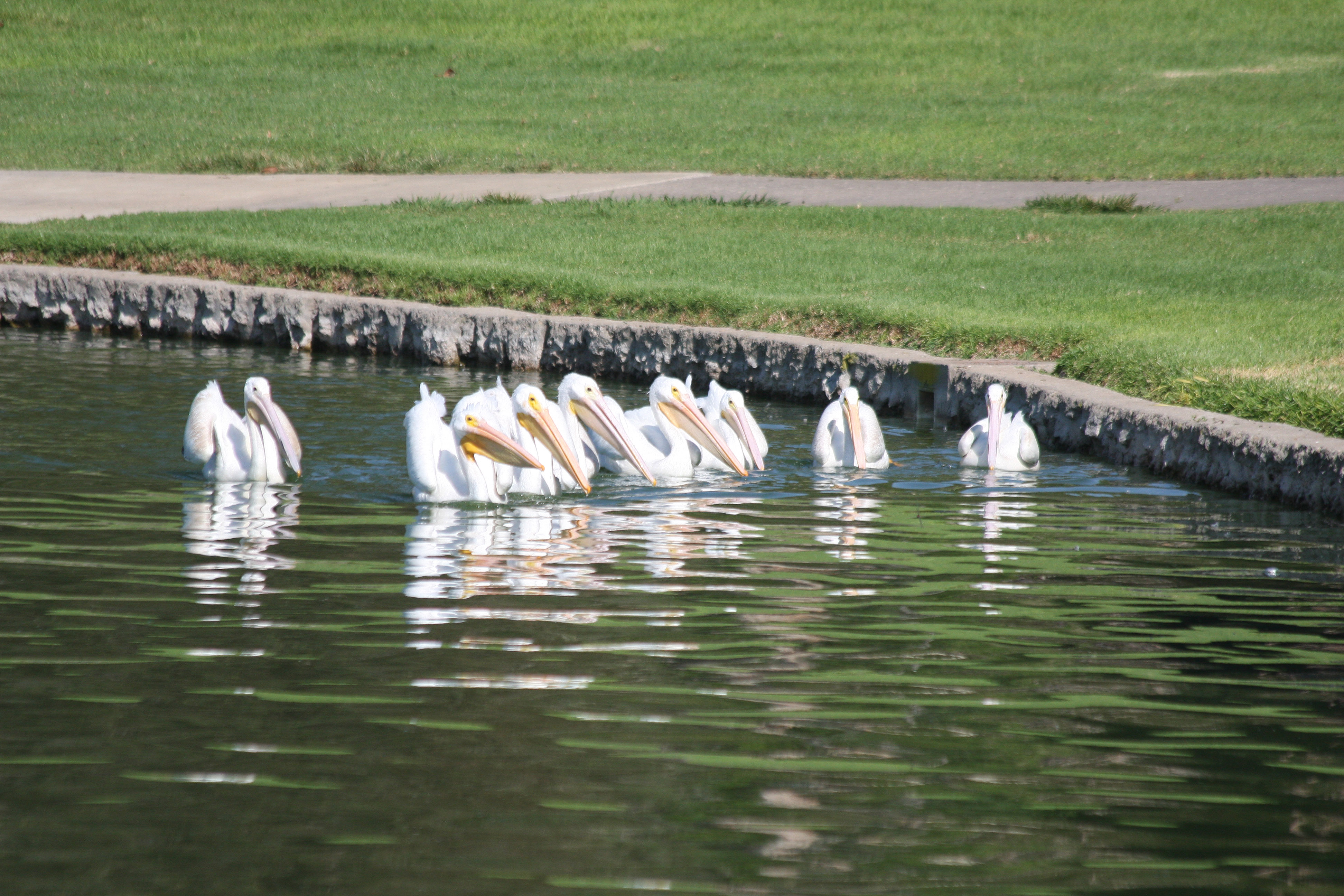 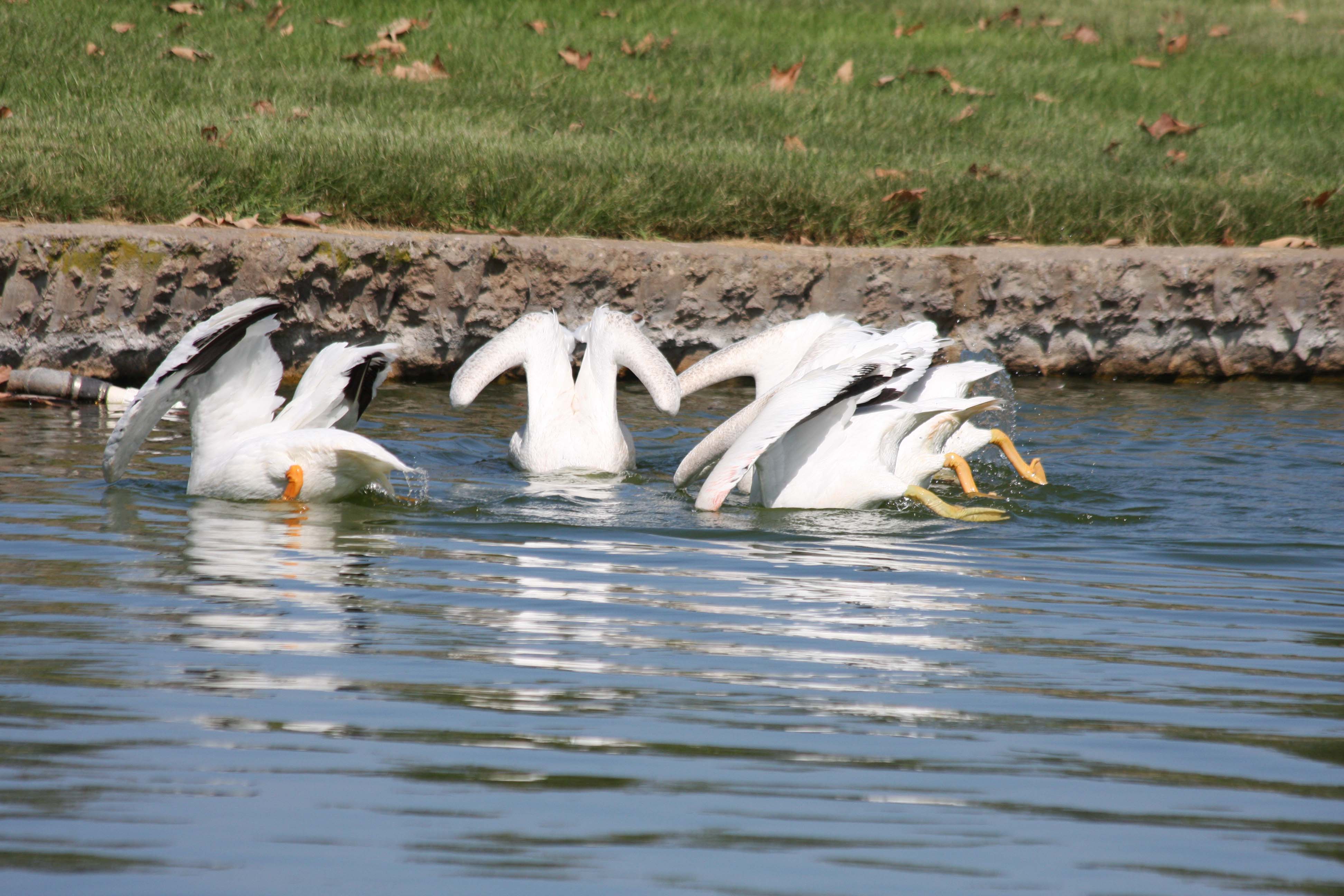 Pinning fish against an embankment: 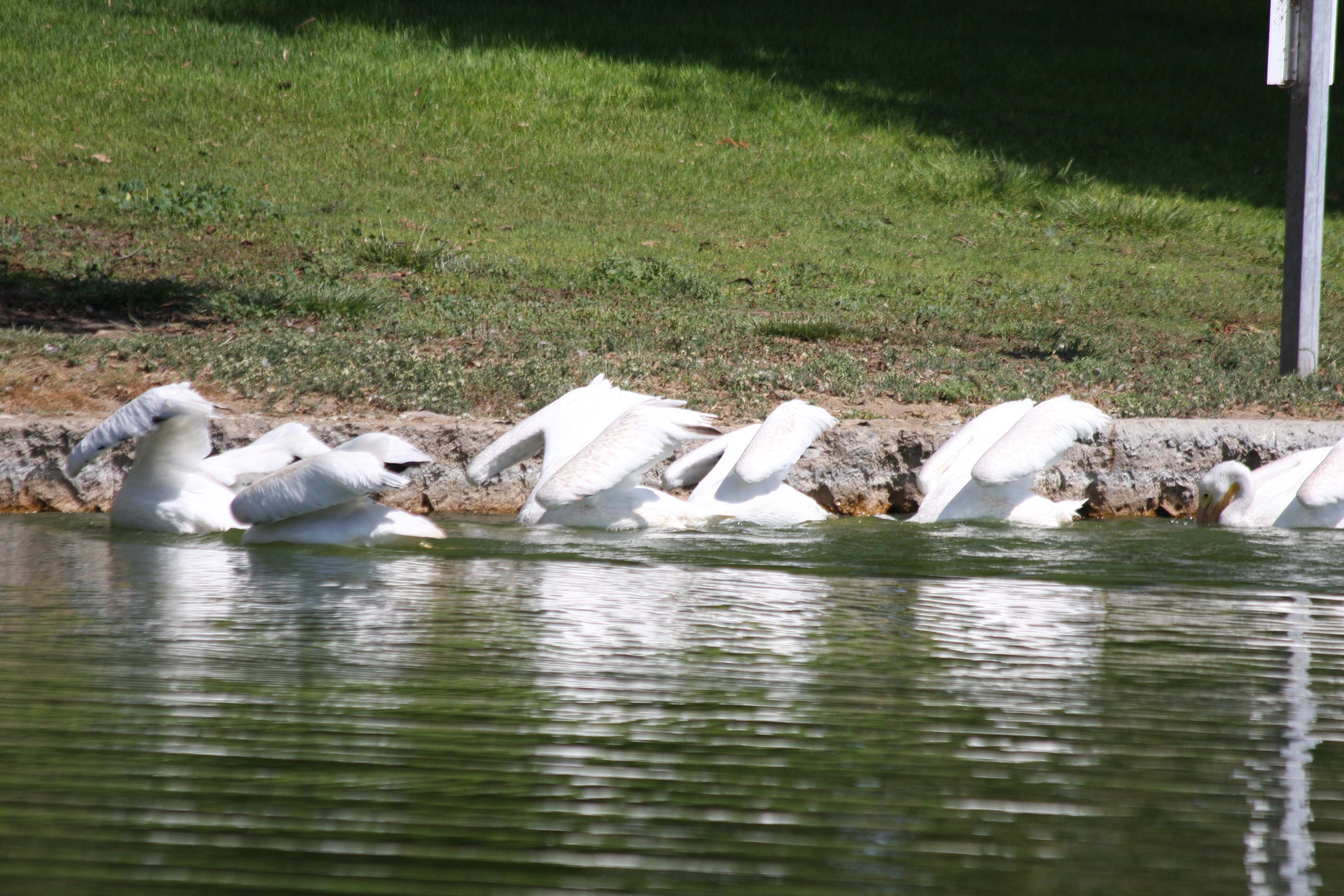 Success (for at least one bird): 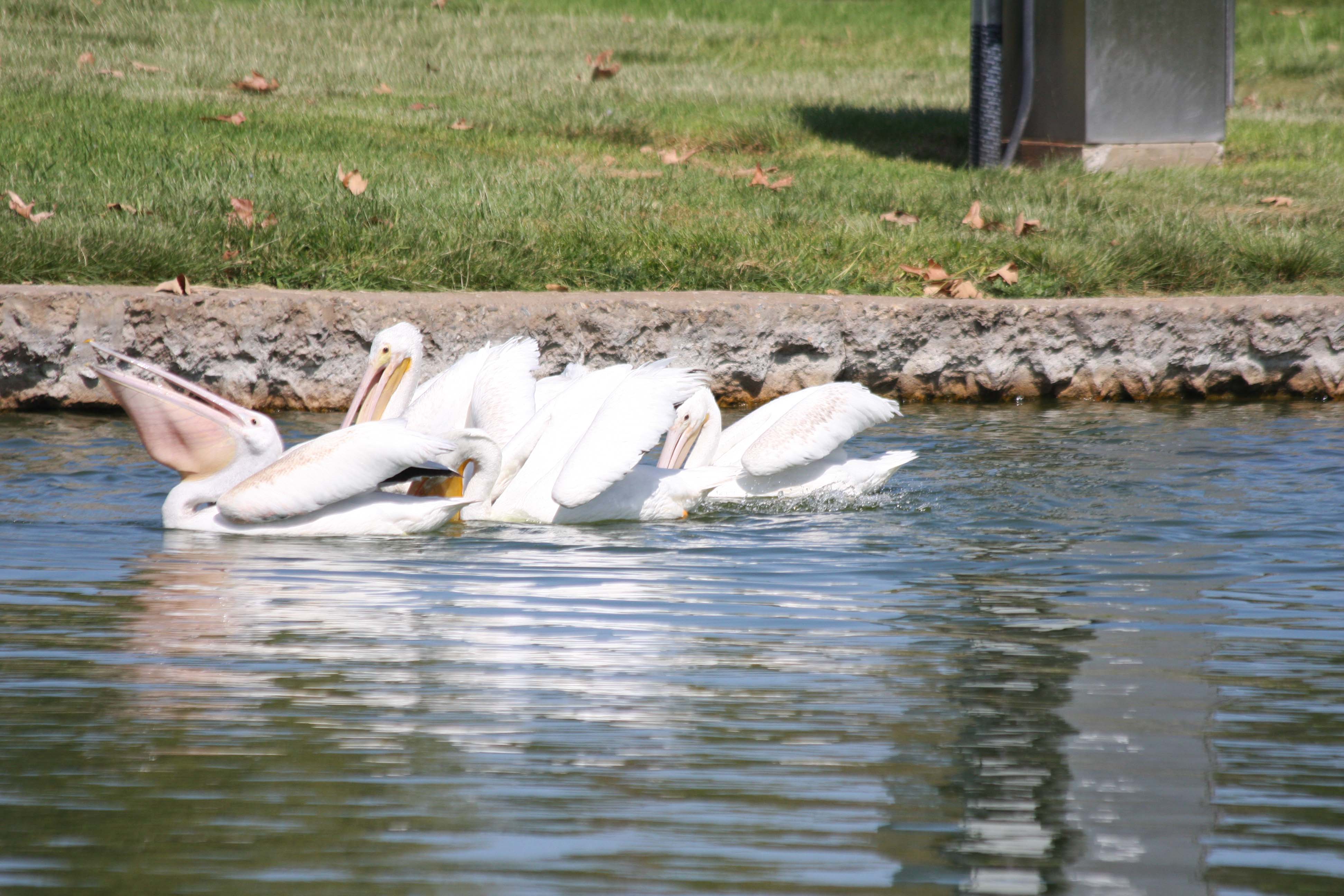 Both species in one photo: 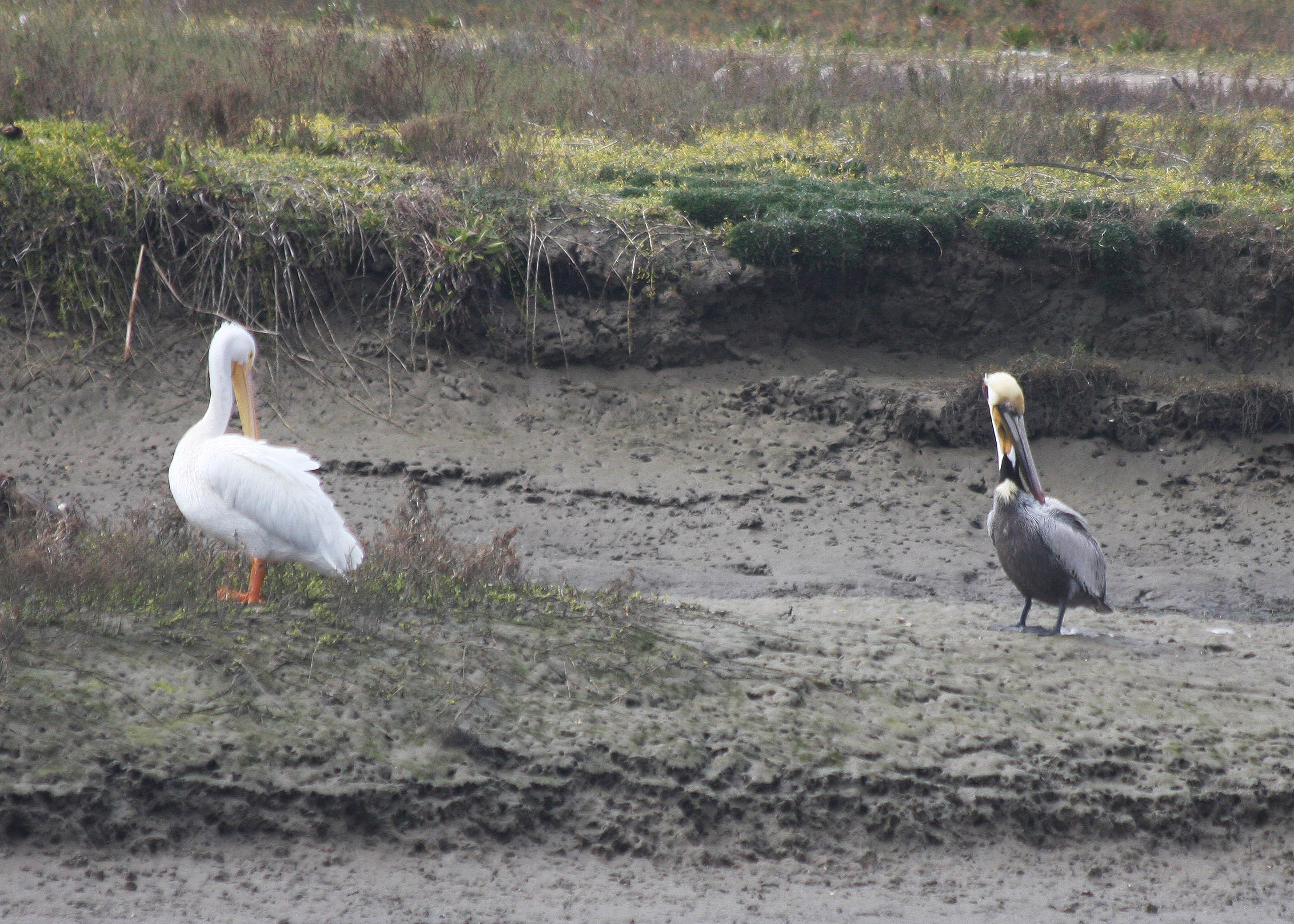