Lou Jost, who’s been absent from this site for a while doing biology in Ecuador, where he lives, has returned with some lovely photos of orchids, including some new and undescribed species. His captions are indented, and you can enlarge the photos by clicking on them.

It’s been wonderful to read about your exploits as a duck foster dad. I am answering your call for photos.

The orchid genus Dracula has a modified petal (the “lip”) that imitates a mushroom, and smells like one too. They are pollinated by female fungus gnats looking for mushrooms to lay their eggs on. Here is an undescribed Dracula species that I discovered in our Rio Zunac Reserve in eastern Ecuador. 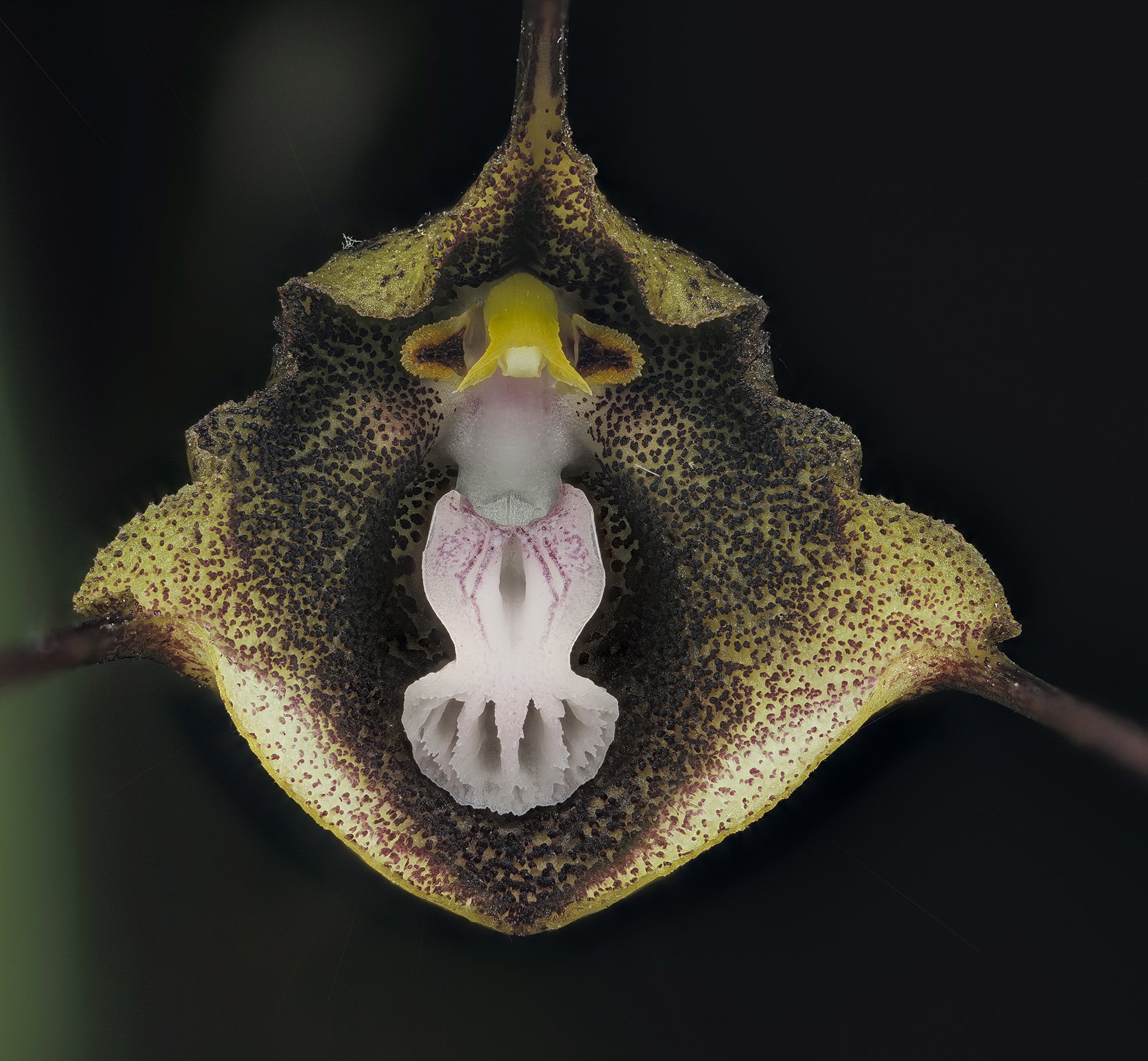 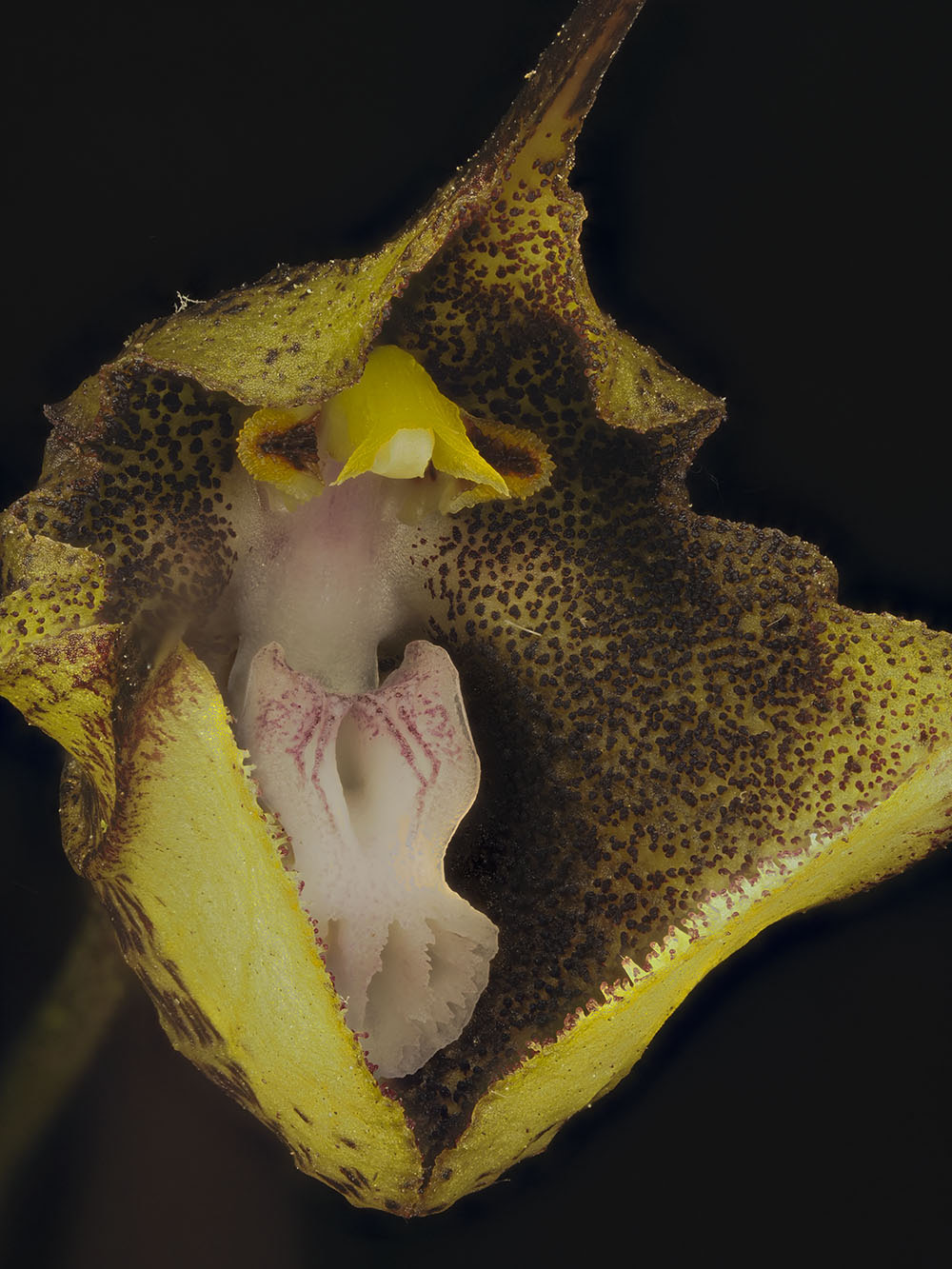 Lepanthes lophius is a tiny orchid flower pollinated by male fungus gnats who think the flower is a female gnat. These orchids emit female gnat pheromones, and the male gnats follow the pheromone trail upwind to the flower. The gnats actually mate with the flower, and even deposit sperm on the fake female genitalia on the underside of the flower. This is a huge genus of over a thousand species, many of them very local endemics. 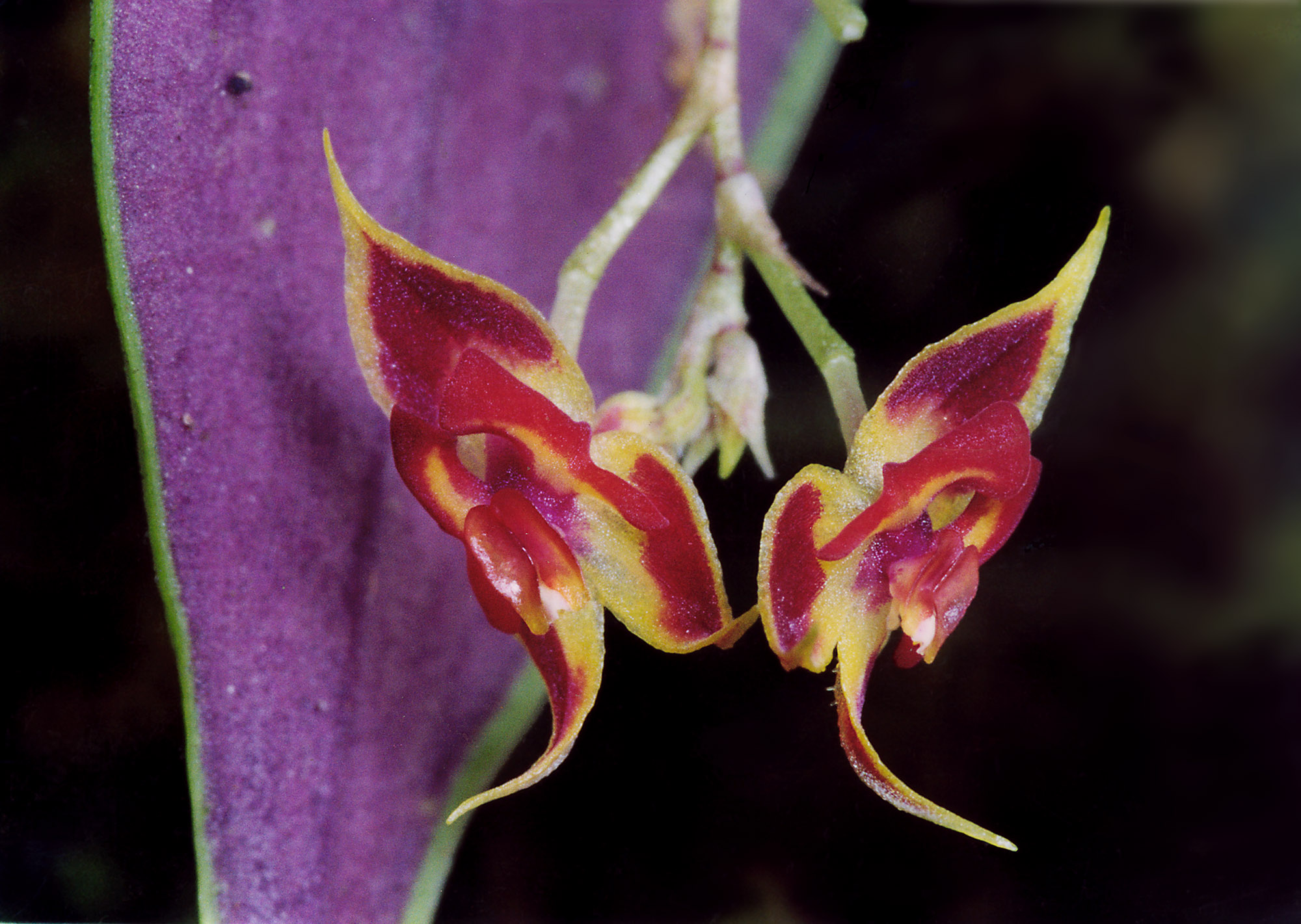 I spent a lot of time mapping the ranges of the hundred or so Lepanthes species that live in the Rio Pastaza watershed where I live. This led to the discovery of some new species. Lepanthes ruthiana is one of my first discoveries. 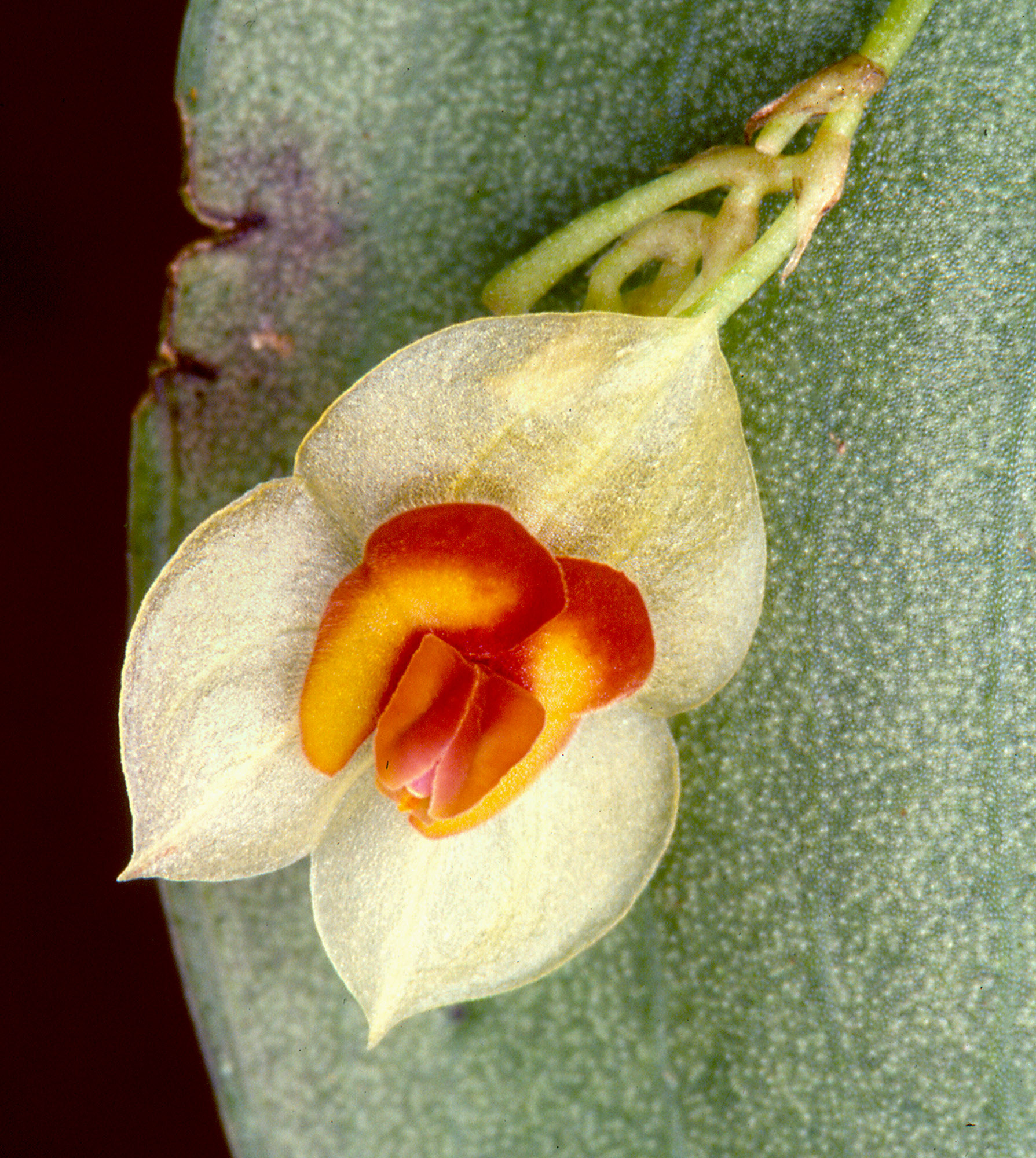 While my friend Stig Dalstrom and I were exploring a poorly known forest in the Amazonian foothills, we discovered two new species of orchids in the genus Masdevallia, including this one. This was a beautiful tall forest full of unusual plants, including several other new species. My colleagues and I are currently working to make this forest into a reserve. 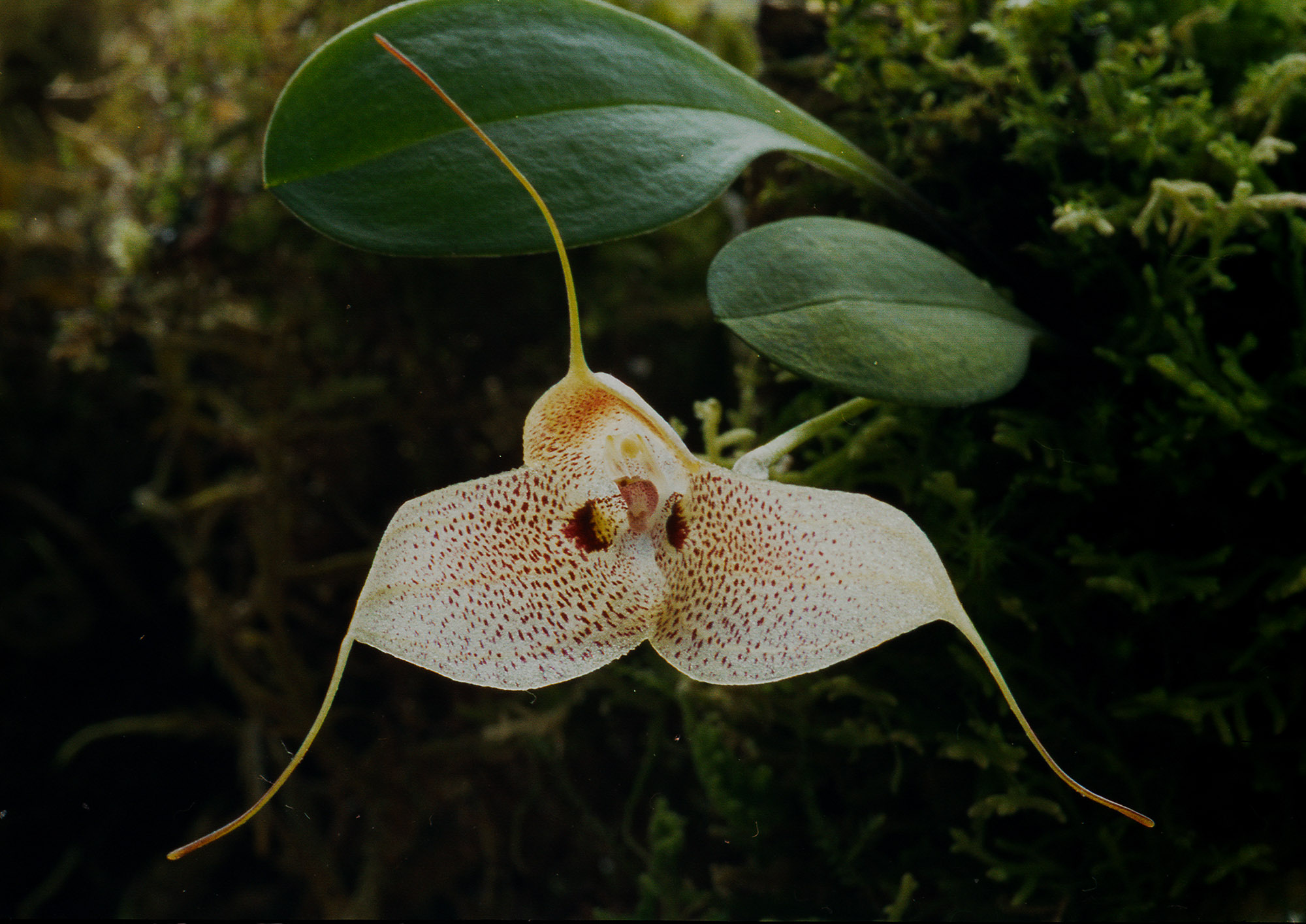 Andinia hippocrepica used to be included in the genus Lepanthes. DNA analyses by my friend Mark Wilson showed that the traits which had led taxonomists to classify it as a Lepanthes were actually cases of convergent evolution, rather than evidence for common descent.  DNA analyses have been shaking up the taxonomy of all groups of organisms over the last twenty years; it has been an exciting time now that we have the ability to trace out the actual paths of evolution. 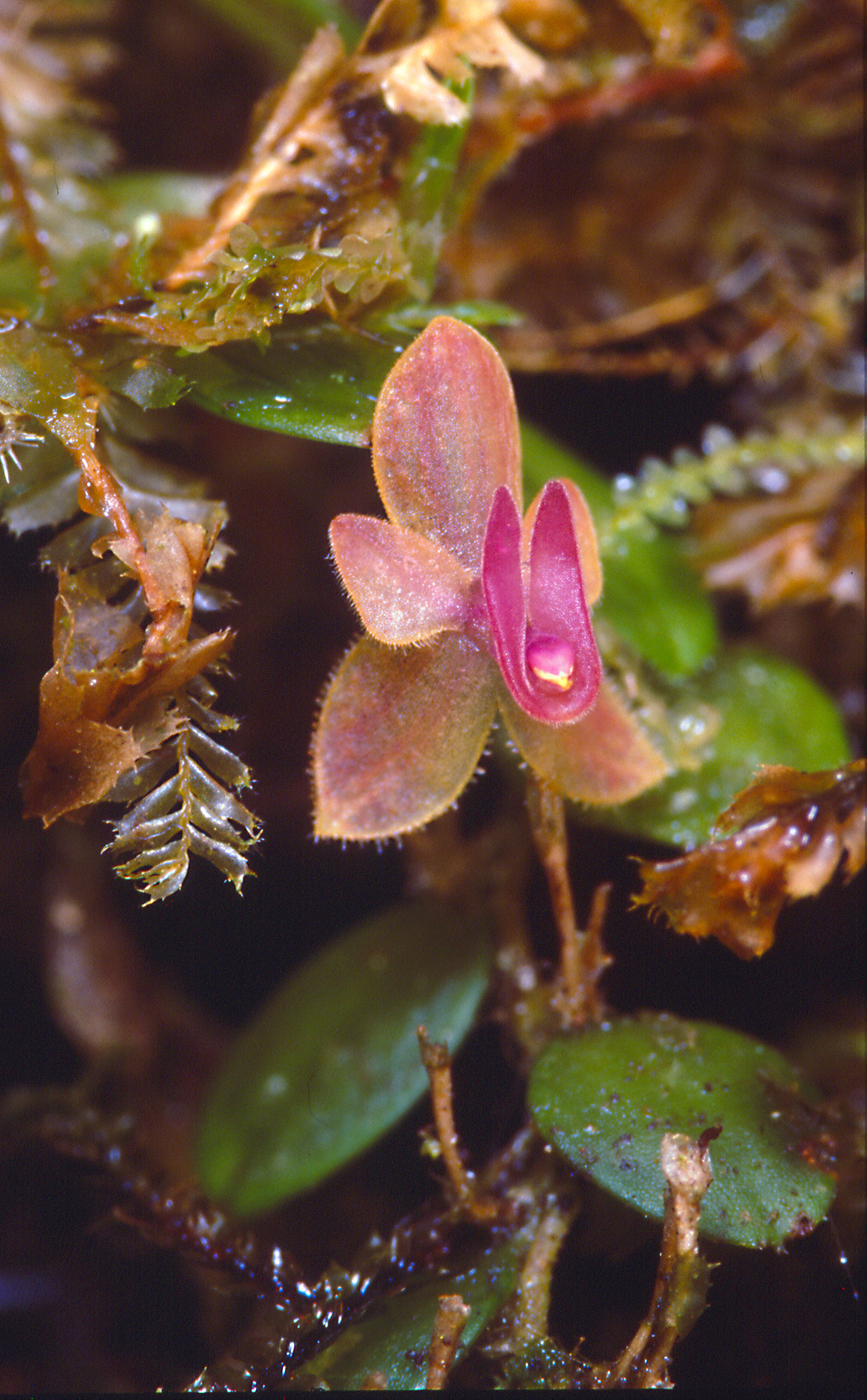 Bomarea longipes is a climbing plant related to Alstroemeria (often sold as cut flowers). These are the only plants I know whose leaves are built “upside down”. As the erect leaf develops in the bud, in most plants the side of the leaf facing the stem will be the top, and the side facing away from the stem would be the underside of the leaf, with lots of stomata. In Bomarea the leaves are still erect, but they have the bottom side facing the stem. When the leaf is deployed, the leaf stem twists around so that the stomata face the ground. This particular species of Bomarea had been lost to science and was believed extinct for a hundred and fifty years. 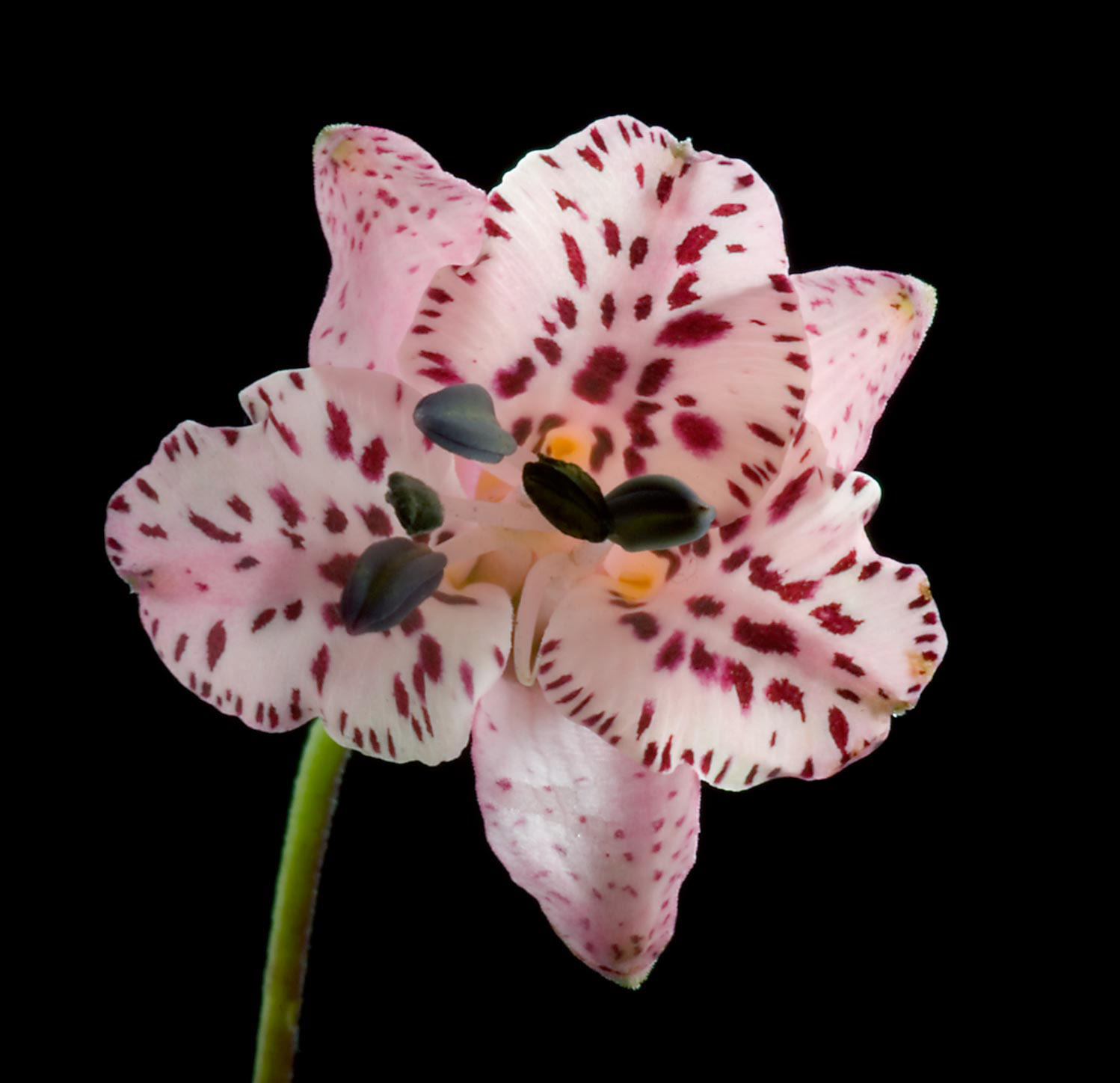