Ruth Berger sends us a first: a series of copulating insects. Her captions and IDs are indented, and you can enlarge the photos by clicking on them. (All photos are “copyright Ruth Berger”.)

I have beetles’ copulation themed photos today, with a beetle penis as the climax. All were recently taken in Frankfurt, Germany, with a 28 mm automatic camera, and all the plants are on “wild“ sites, not in gardens. Sorry for the lower quality of some of the pics, I chose them for copulation, not beauty.

The first picture isn’t even of beetles, but of St. Mark’s flies (Bibio marci), which congregate in swarms around St Mark’s Day (April 25th), start copulation in flight and then settle for the rest of the act. My photo is of a copulating pair I spotted landing on a sidewalk beside a major thoroughfare. They are very sexually dimorphic, the one with the large head in the upper part of the picture is the male, and the one with the very tiny head — the small nib up front is the head — and the tinted wings is the female. I find the extreme head and eye size difference puzzling, does anyone know what the function is, if any? 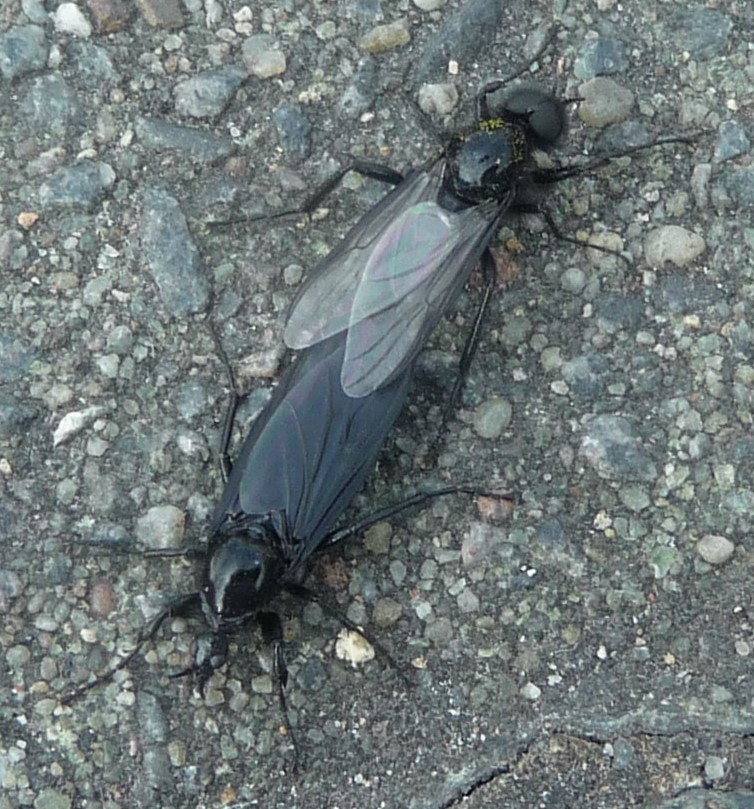 Bugs, which some people take for beetles, do it in the same position as Bibio marci, with heads in opposing directions. The bug pair here is Grapheosoma lineatum: 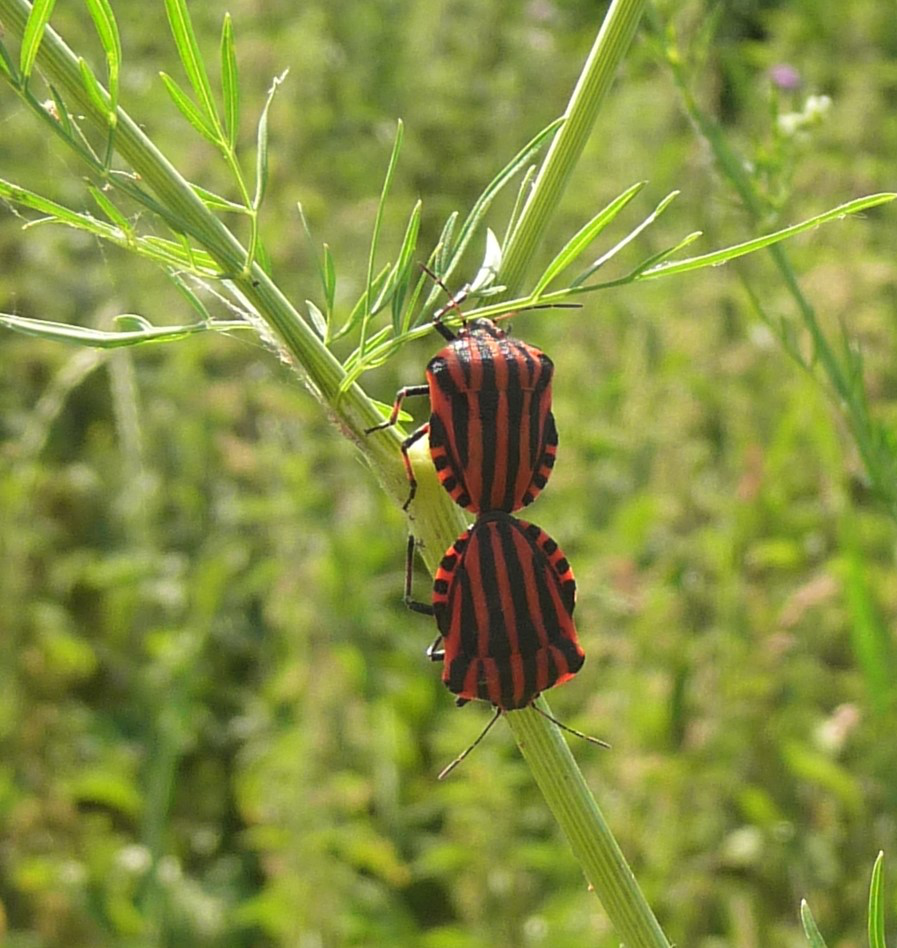 Now to true beetles. Here, the males mount from behind. This is Oxythyrea funesta, called the mourning rose beetle in German, probably spotted rose beetle in English. You can see that their behinds do not actually join. They were also struggling a bit because of a strong wind that blew their flower in all directions. 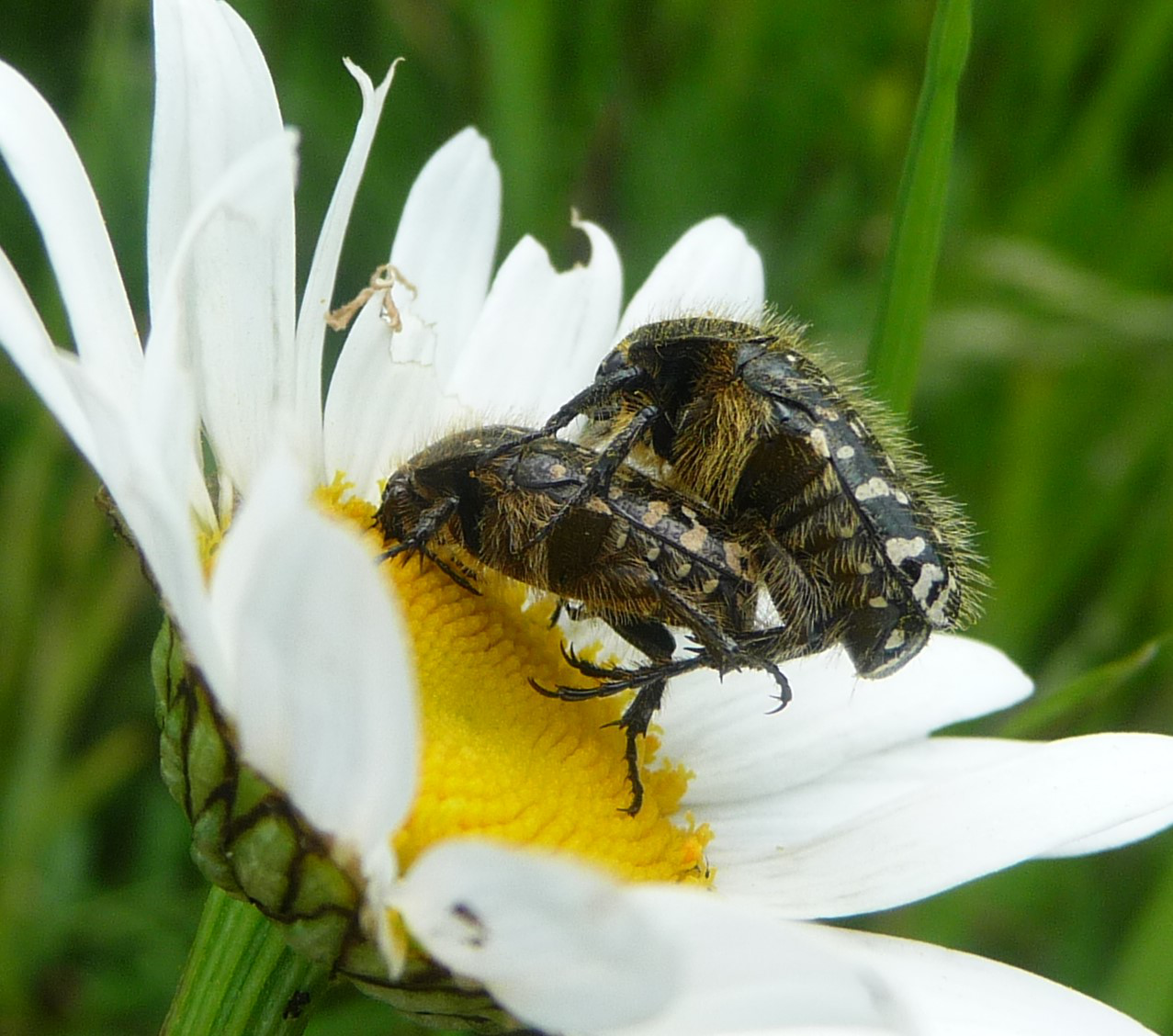 The homely little guys below (4 mm, Byturus ochraceus) are doing it on a Geum urbanum blossom, the main food plant of their larvae. Another Gerum urbanum flower at the site had 3 copulation-interested animals; at one point, they were all three of them stacked up one above the other. 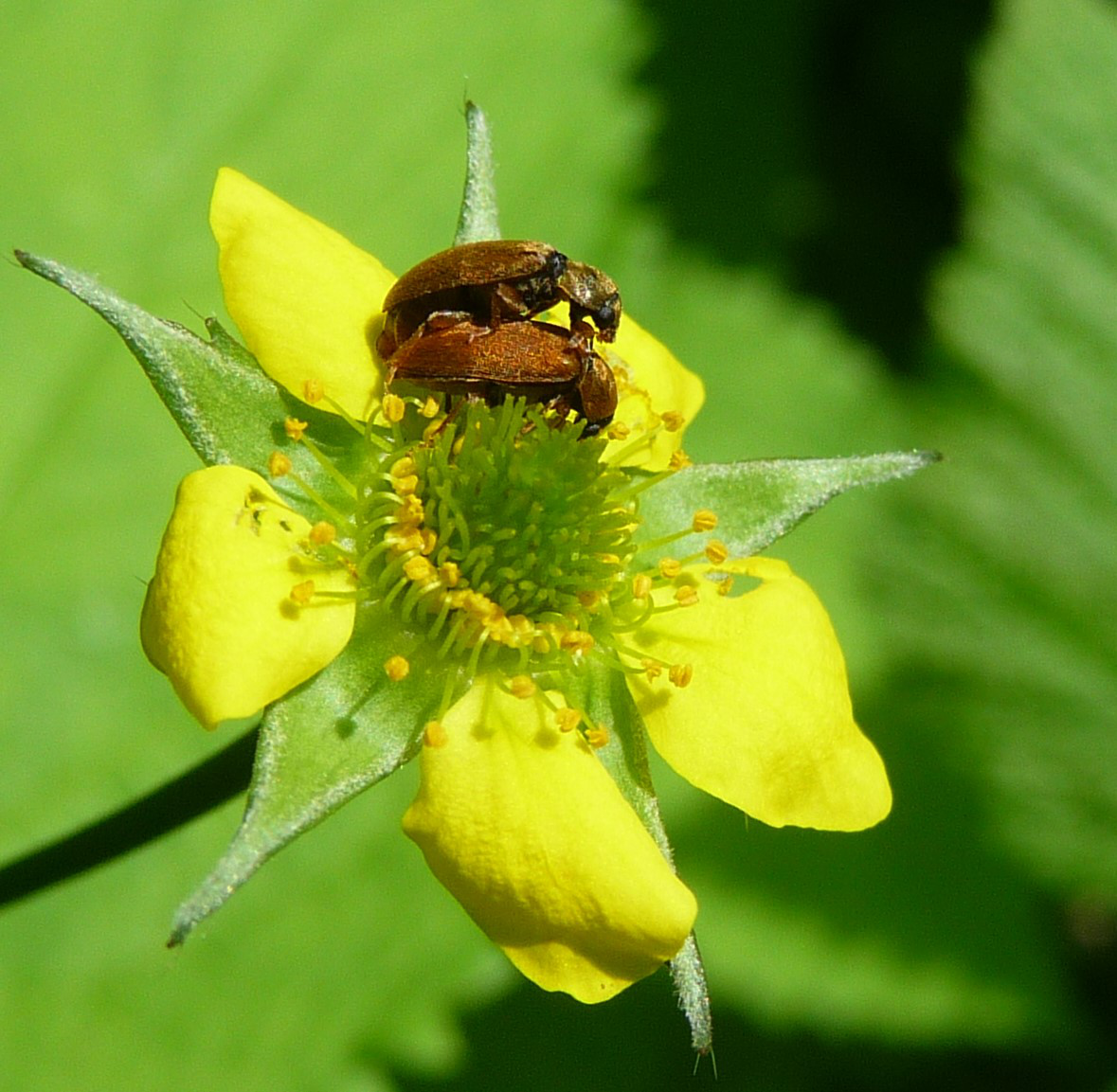 Here is a pair of (probably) Anastrangalia dubia on Berteroa incana. The male’s color is a bit muted compared to the female’s in this species. The background is my hand helping my automatic 28 mm camera to focus on the beetles and not the landscape. 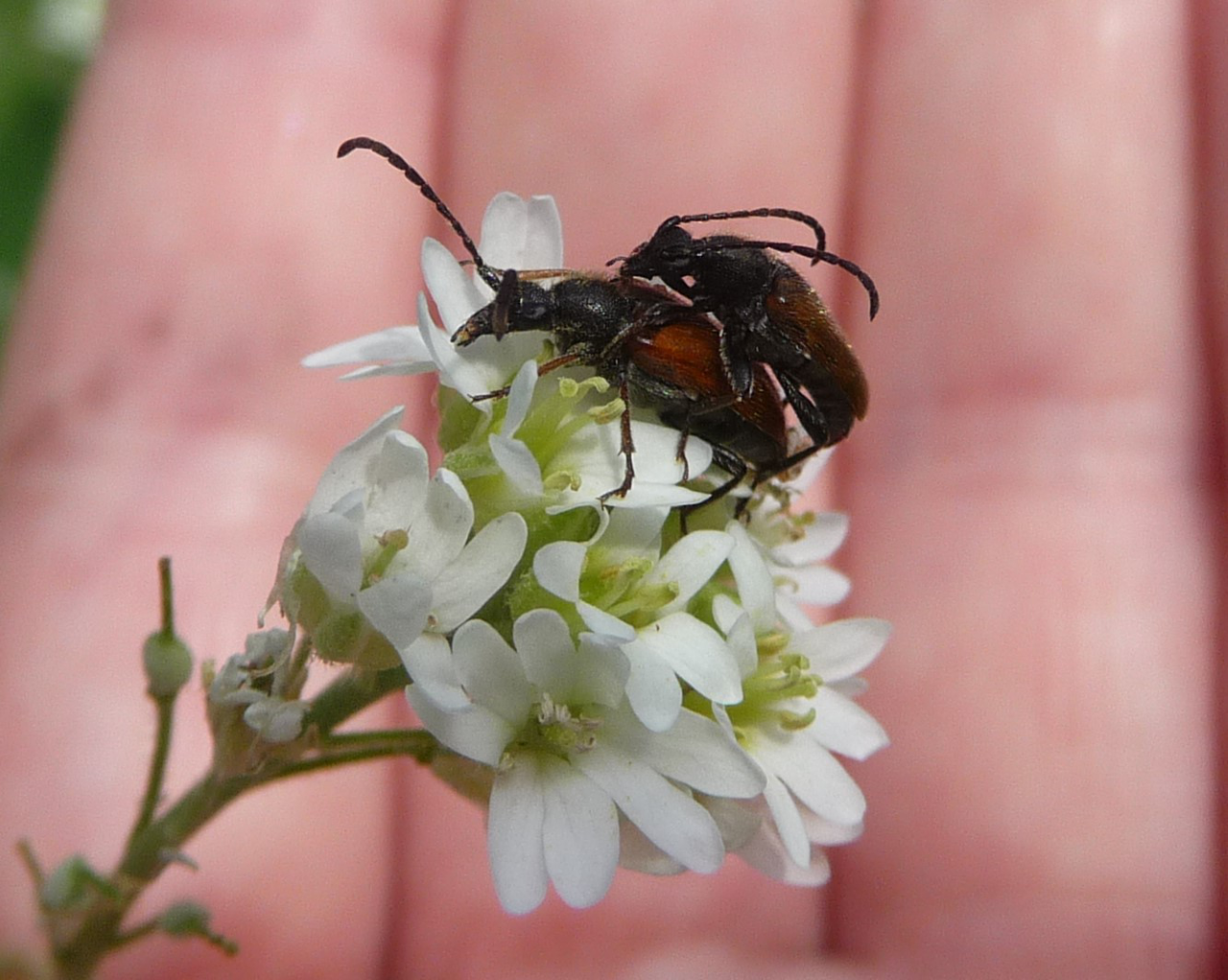 Now come the stars of my set, a pair of spotted longhorn beetles, Rutpela maculata, making out on wild carrot or a similar plant. Usually both beetles of a pair seem concentrated on the act, but this lady was walking about the flower feeding as if the male on her back didn’t exist. She even once stopped to groom her antennae. It is with this pair that I think I got the penis (the flagellum) — beetle fans among the readers, please correct me if I’m wrong. 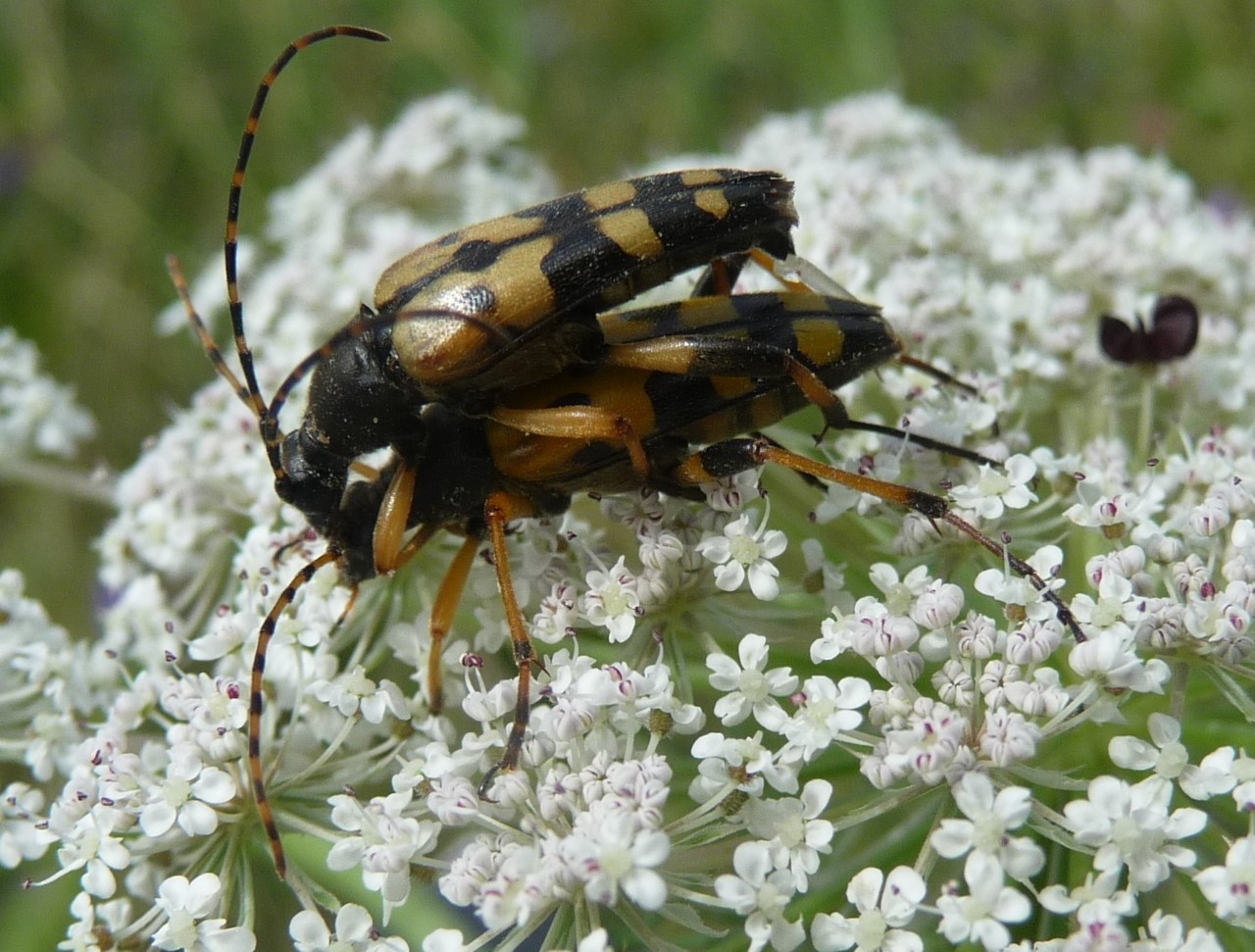 The (methinks) penis is the colorless tube coming out of males’ hindquarters, and most of it is inside the female. Here are enlarged close-ups from different perspectives; the slate grey background again is not a bokeh, but a paper map I improvised as a background to help my camera get a focus. 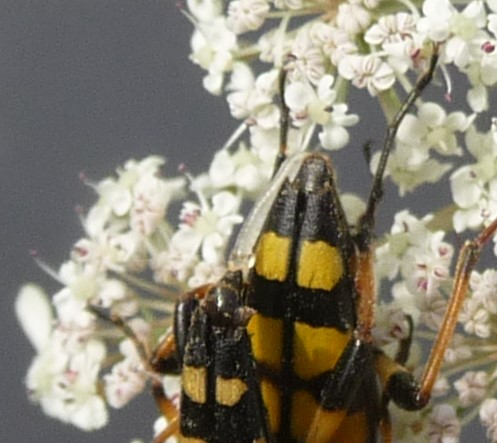 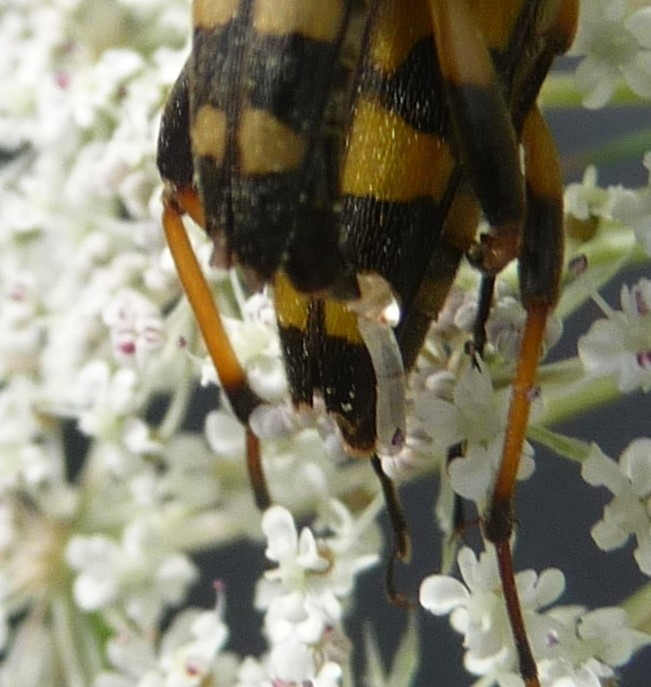 I’ll end this with something a bit more aesthetic, a photo of the Main River in Frankfurt near where the other photos were taken, a bare 5 kilometers from the central train station. 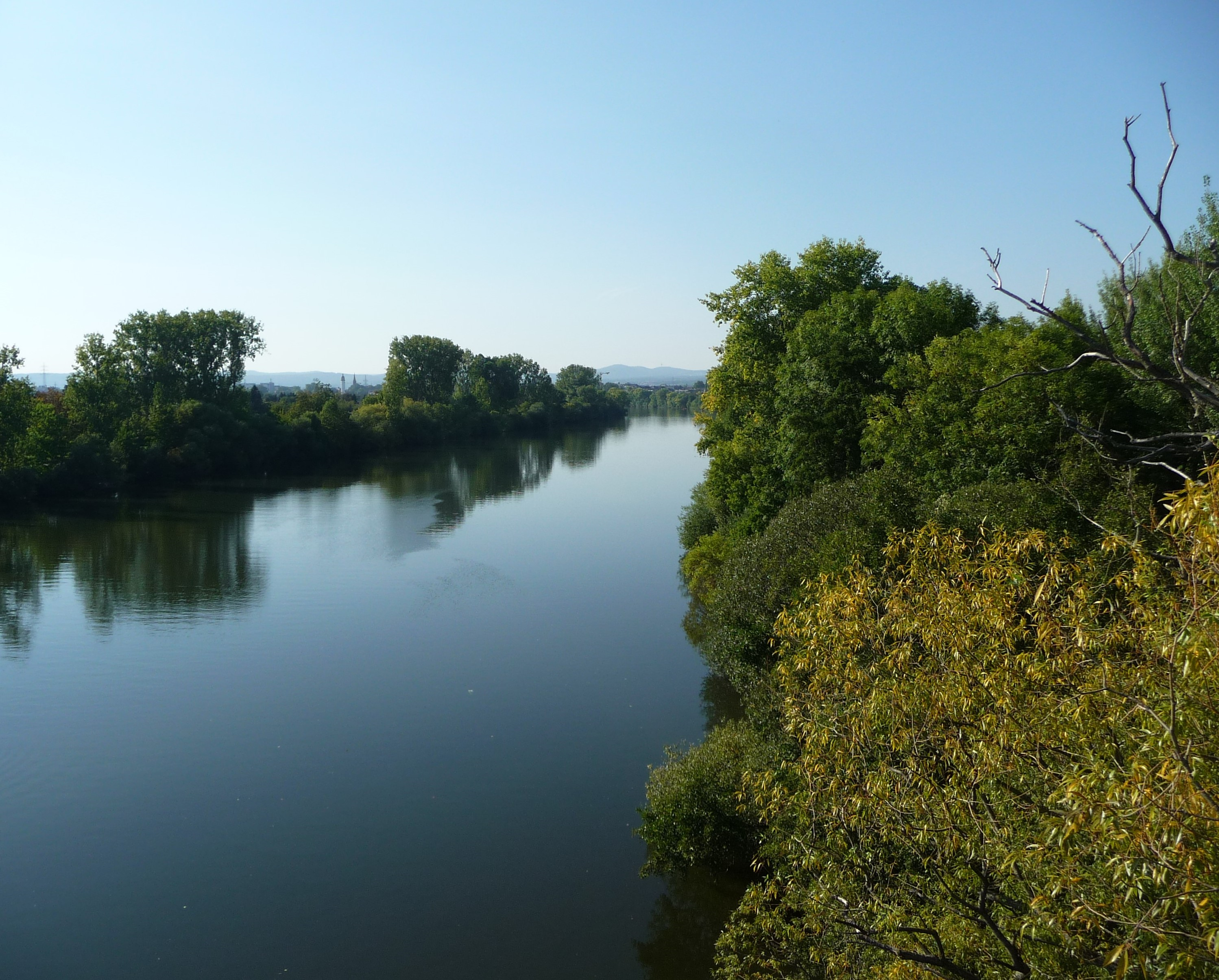