A few weeks back, Agustín Fuentes, a biological anthropologist and primatologist at Princeton, wrote an op-ed in Science about Darwin’s racism and sexism as Fuentes’s way of “celebrating” the 150th anniversary of Darwin’s pair of books The Descent of Man and Selection in Relation to Sex. What Fuentes did was treat Darwin as if he were living at the present time, and then indict him for his retrograde Victorian views on different races and on women—though Darwin was far more enlightened than most Victorian gentlemen of the era (he was, for one thing, an active abolitionist). I suspect that Fuentes himself, had he lived in the mid-nineteenth century, would have been at least as “bad” as Darwin in that respect. Or would Fuentes have been the single Wokest person in Victorian England?

But it’s a mistake to call out people for failing to conform to morality that evolved 150 years after their time. That is a Whiggish view of science, and Fuentes’s Darwin-dissing kicked up a bit of a tempest (see here), prompting multiple letters to Science, including one that I signed. The letters are here, and you can see other squabbling by going here.

One letter just appeared from my Chicago colleague Robert Richards, a historian of science with expertise in biology and evolutionary biology. Bob and I organized the 200th anniversary celebration of Darwin’s birth (and the 150th anniversary of the publication of The Origin) here at the U of C. He knows a ton about Darwin and evolution (I highly recommend his essay “Was Hitler a Darwinian?“), and appears to have been really put off by Fuentes’s Darwin-dissing.

Here’s a letter from Richards that just appeared in Science. I think it’s remarkably level-headed, but of course I agree with him. 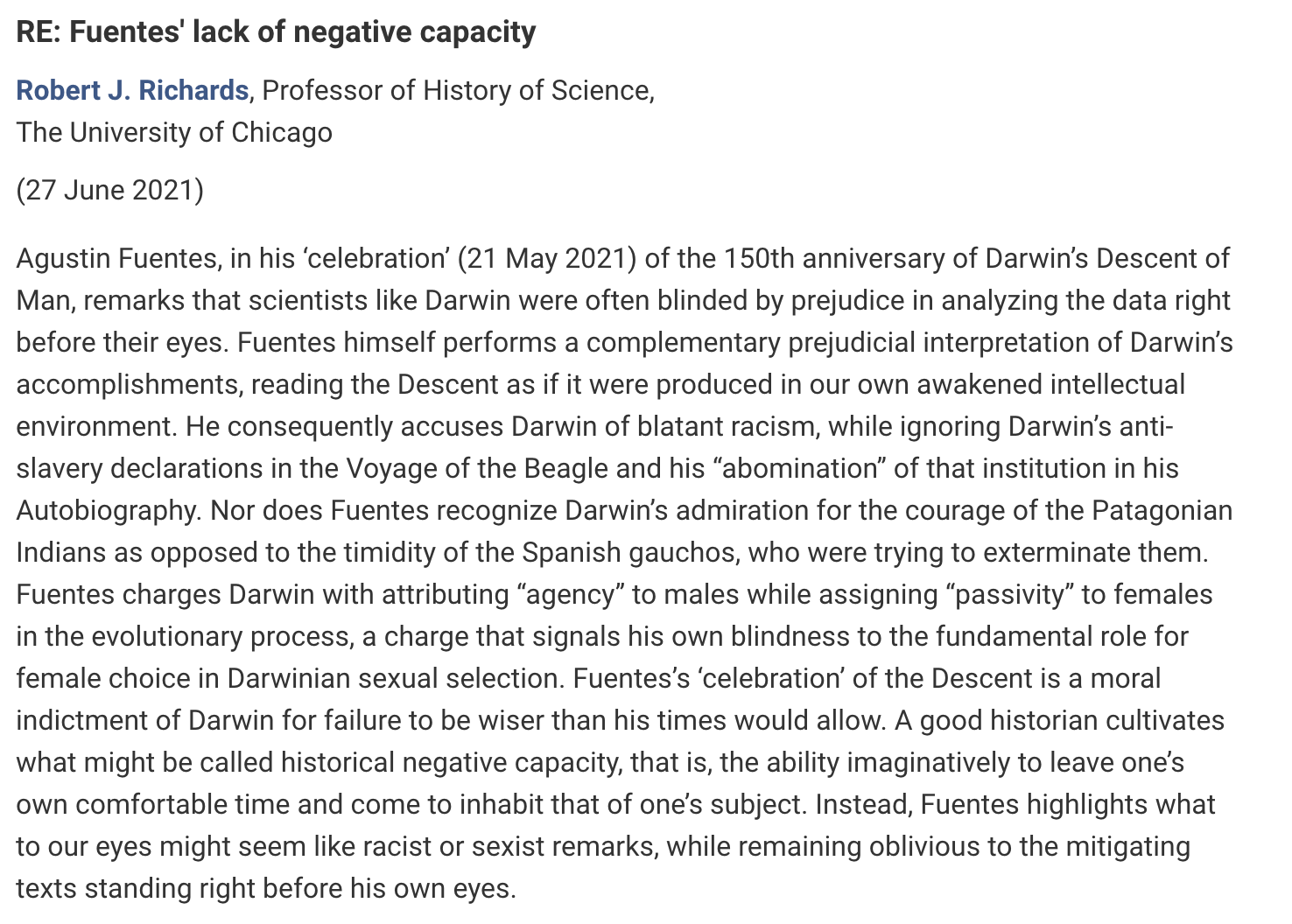