I haven’t reported the fact that in the last two weeks we’ve had two new crops of ducklings (a total of 15), as it’s very crowded with people on campus during graduation and I didn’t want to draw a lot of folks to the pond who might disturb the ducklings. (I do, however, spend a lot of time explaining ducks to those who show up and spot the babies).

But the babies are now past the sensitive stage, and I’ll soon show some pictures of our two new broods: one from Misty (five ducklings) and one from Shirley Rose (ten ducklings). I have lots of adorable pictures, as well as video and some bonus video of our turtles courting each other in the pond. The other thirteen are now teenagers and, I calculate, should start flying within two weeks. I’ll have photos of those as well.

I’m also very happy to report that all the ducks, young and old, are coexisting without rancor, something I was really worried about.  Further, Honey has reclaimed her brood of four, and they’re a tight little family again, although her “babies” now look like miniature Honeys.

In the meantime, have a picture of one of our new ducklings, as well as one of me feeding Honey out of my hand just this afternoon.

It’s hot  today, and all the ducklings, both new ones and teenagers, are having a snooze in the shade.

One of Misty’s five ducklings on the day it entered the water for the first time. 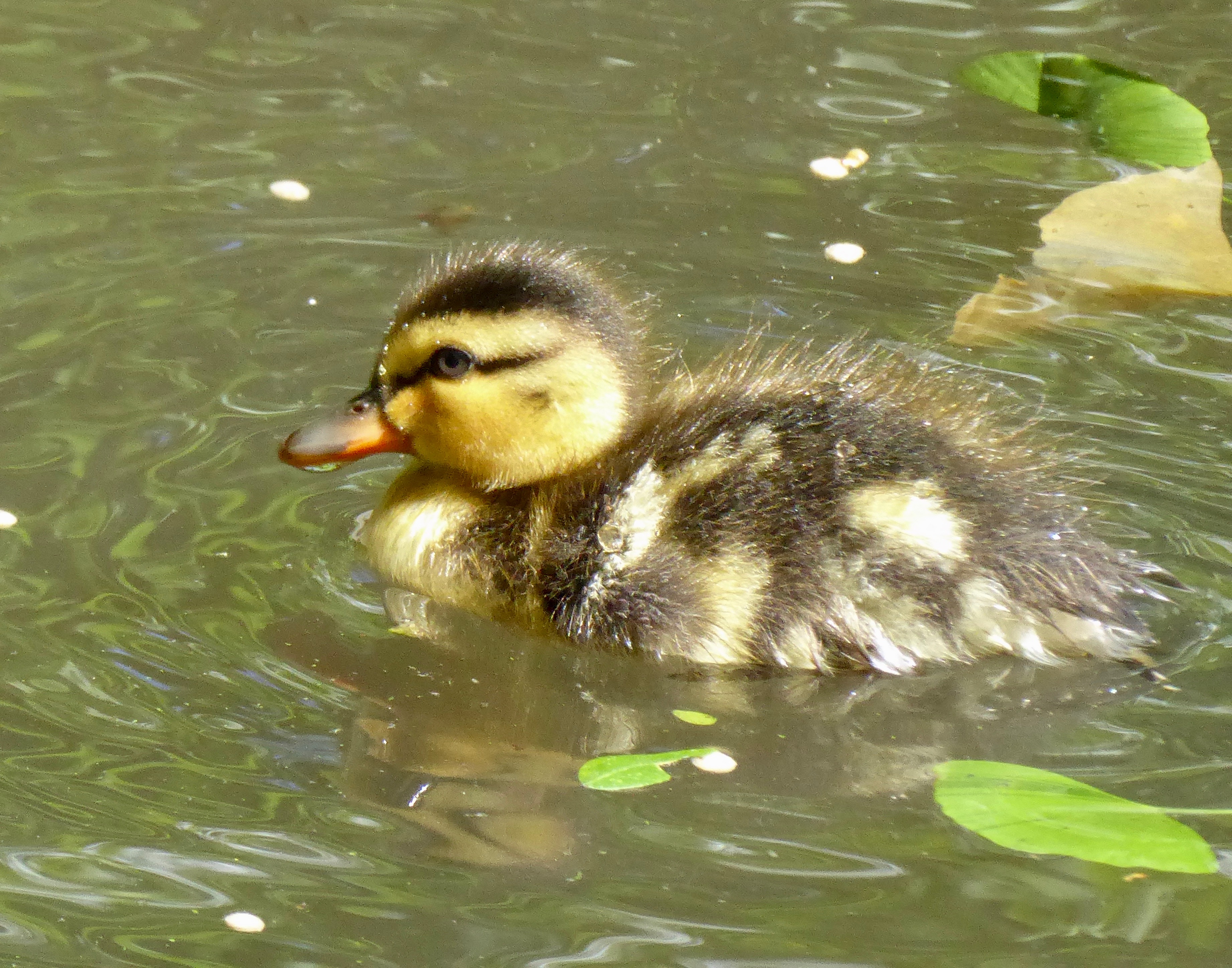 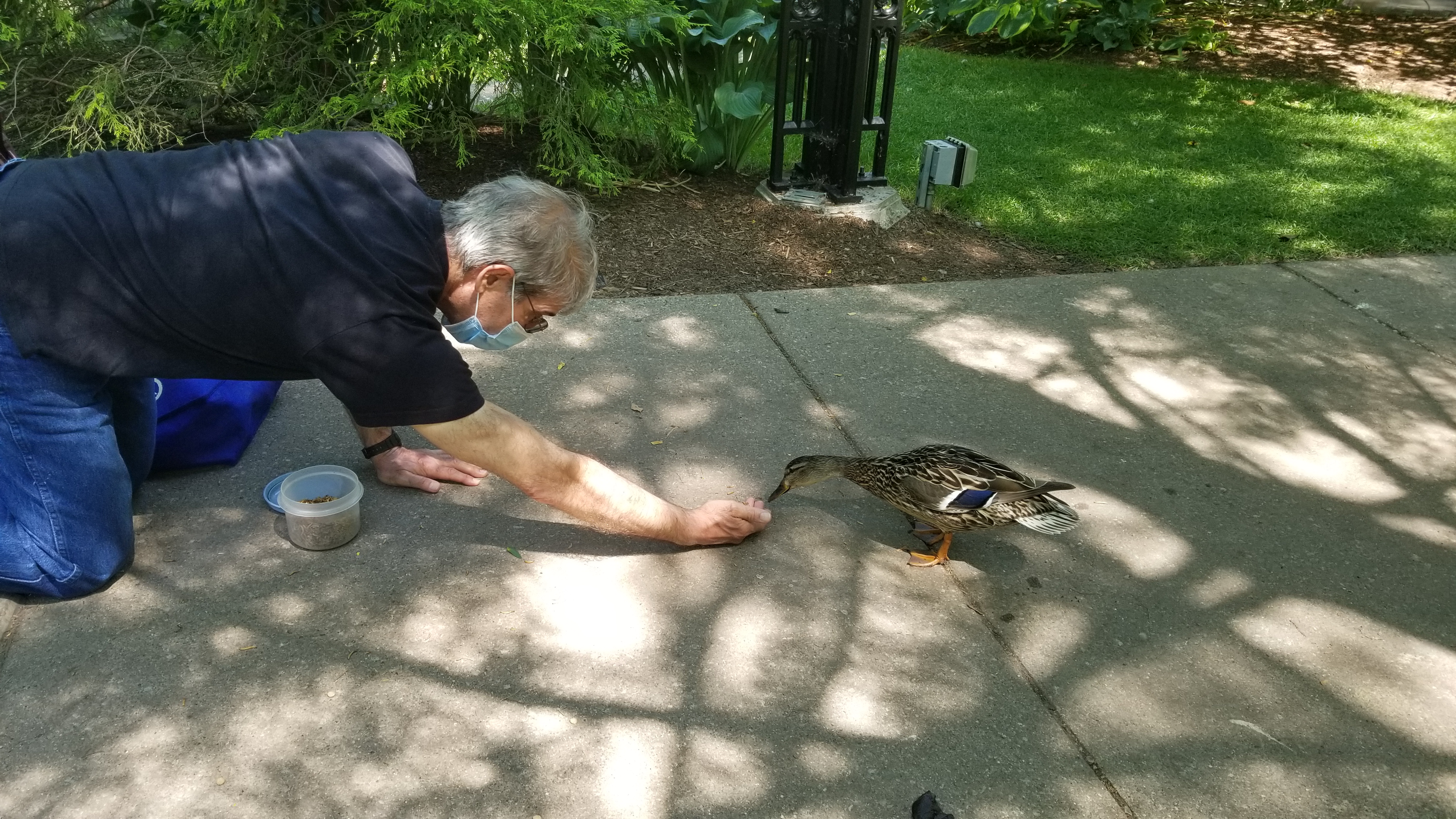