Due to a lot of sweat and labor on the part of Team Duck, Honey’s four babies and Dorothy’s ten are doing well, though they’re still wary of each other.  Here are a few snaps, and also photos of a rescue of two young goslings.

Dorothy and her ten learning how to groom and sit on the “duck ring”: 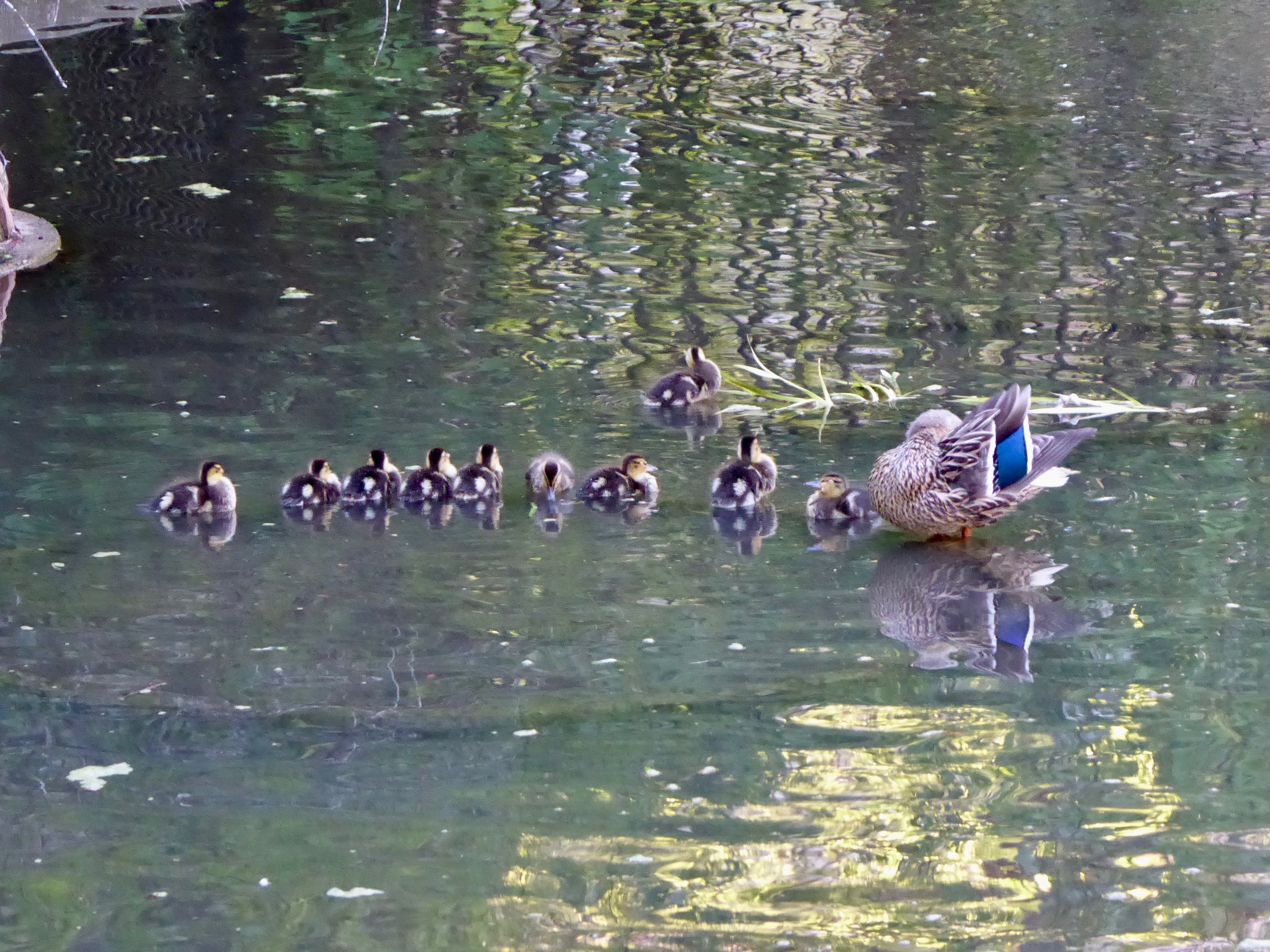 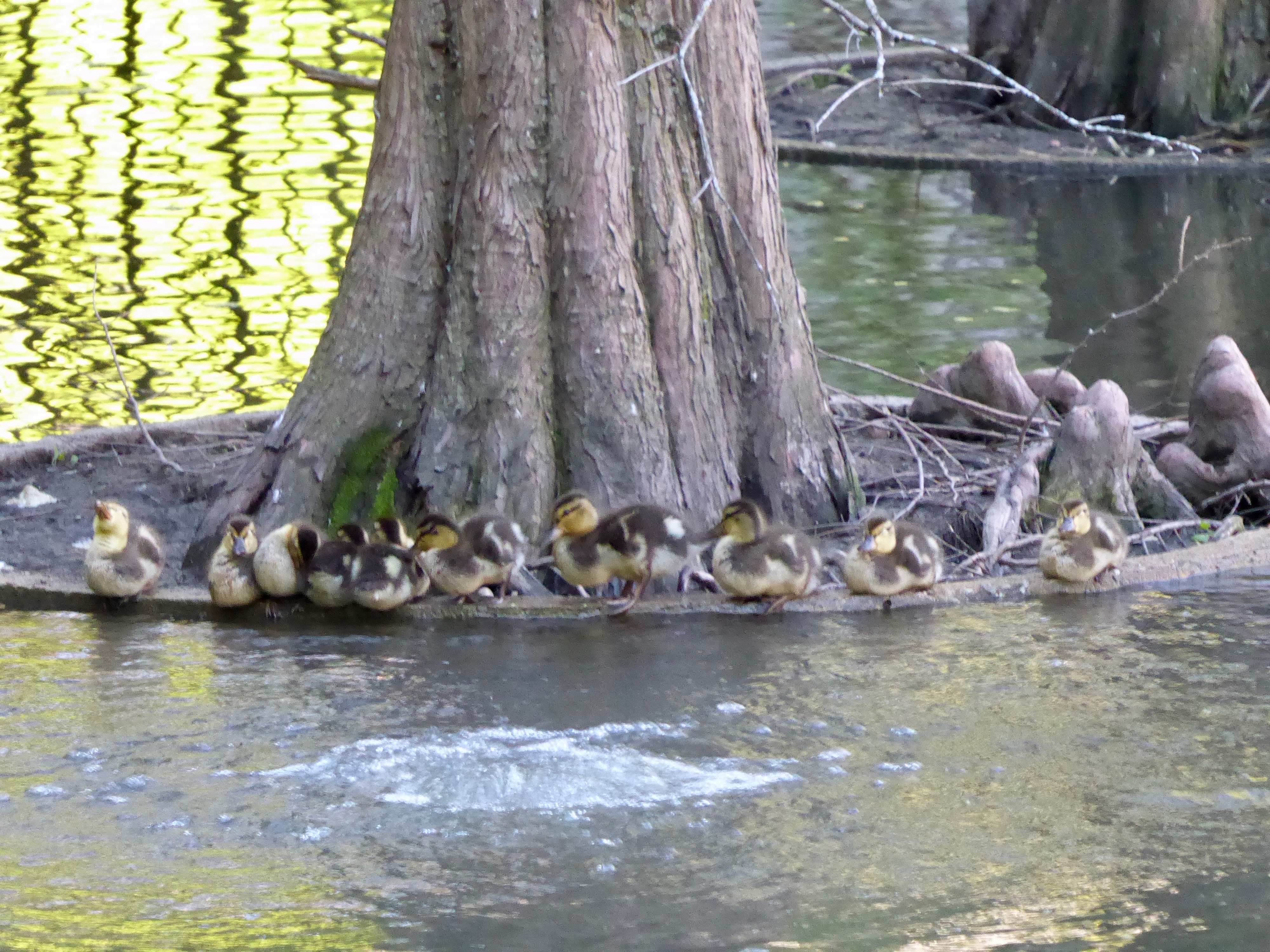 Honey and her four remaining babies (I think they’re all safe now) on Duck Plaza: 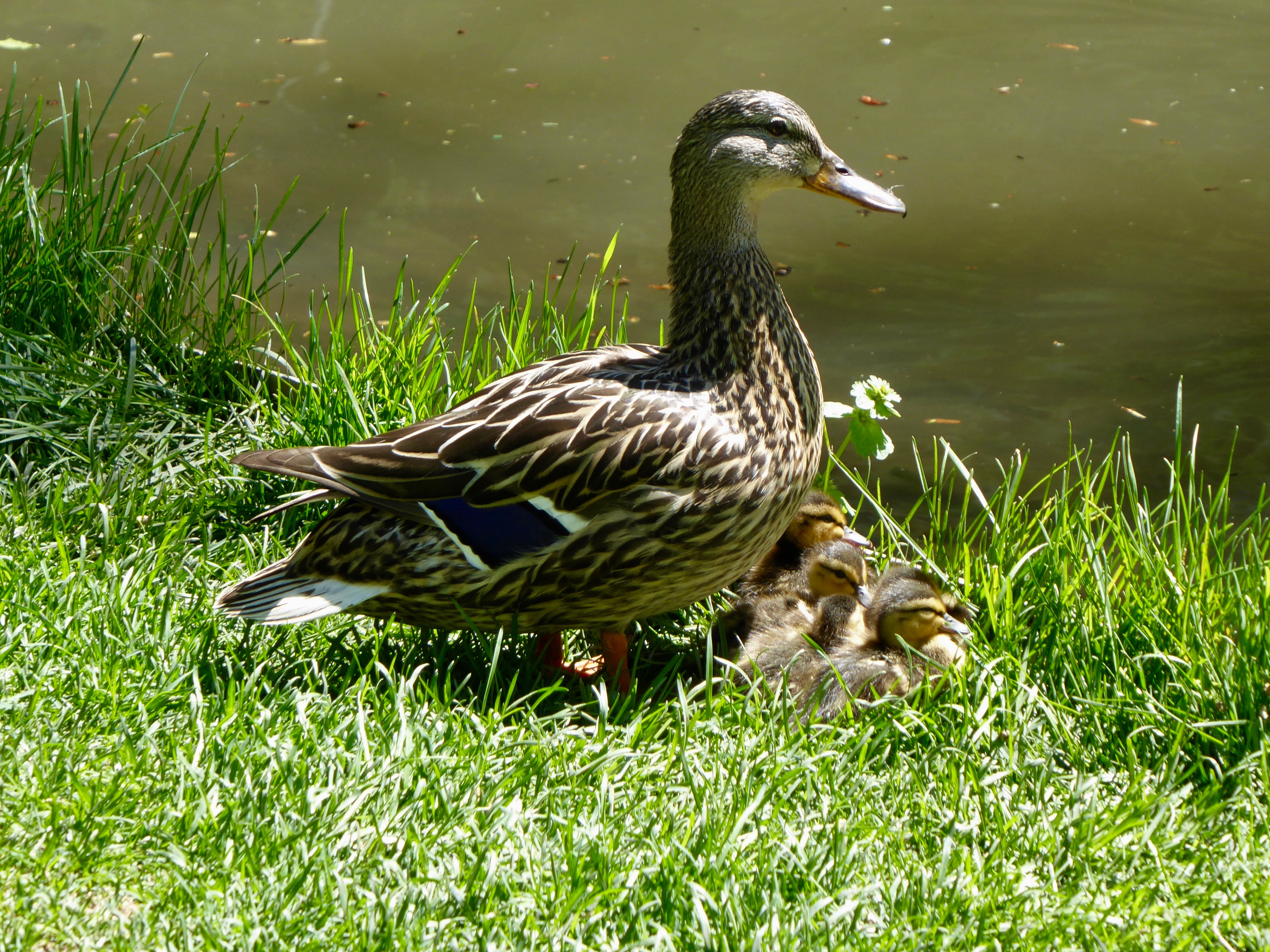 This morning on of the departmental employees found two newly hatched goslings in the street in front of our building. I was told that two “ducks” had been found, but these were HUGE and clearly geese. They were in good shape, and probably part of a brood that jumped from a rooftop (two others have been found in the street in the same location, and all four were taken to rehab):

I arranged for Chicago Bird Collision Monitors to take them, and thanks to the kindness of two workers, they were taken in for rehab, probably to join their brothers and sisters.  They seemed to be in very good shape.

This is the first time I’ve ever held a gosling. They are big, soft and sweet: 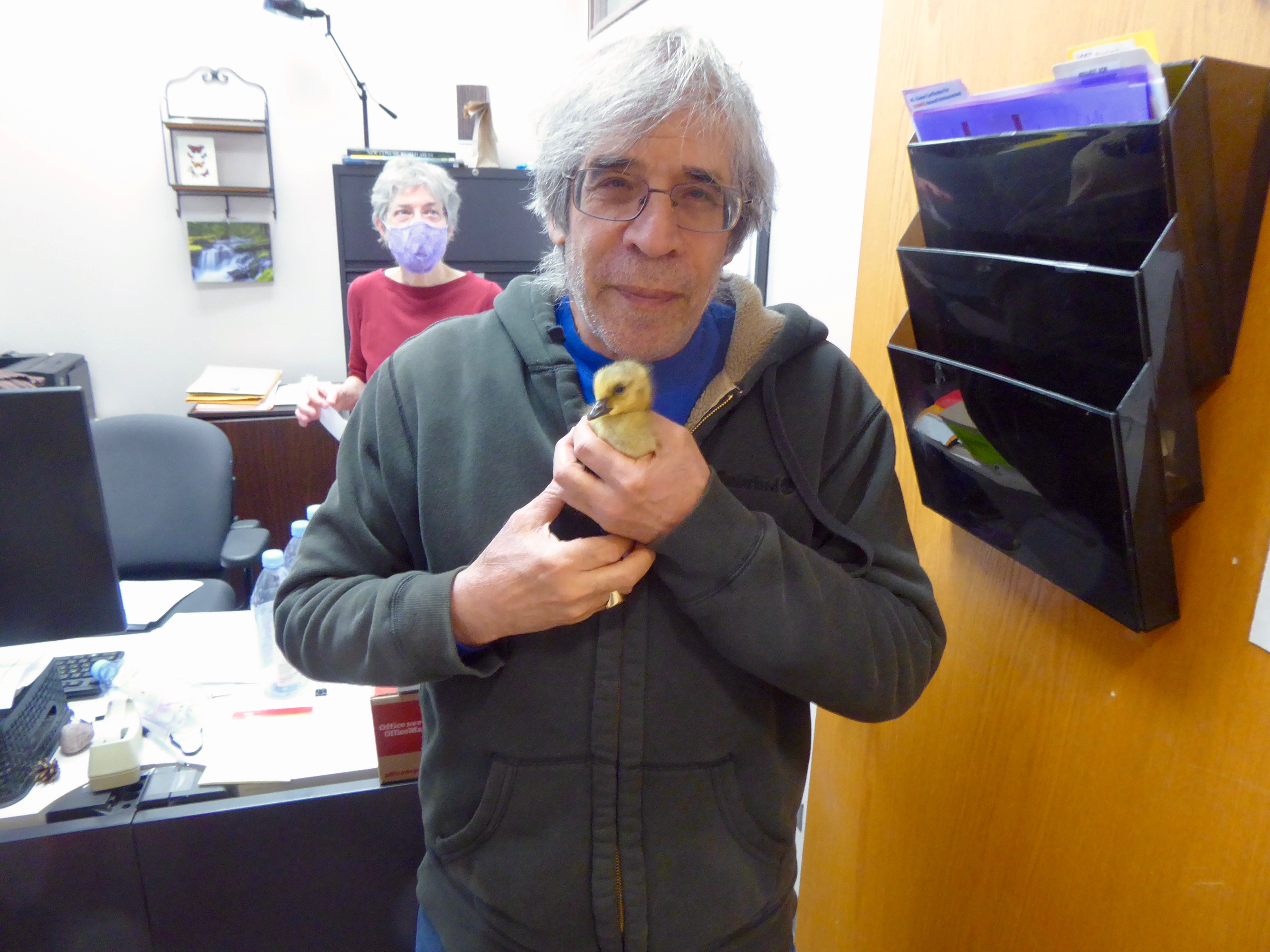 The two we took to rehab: 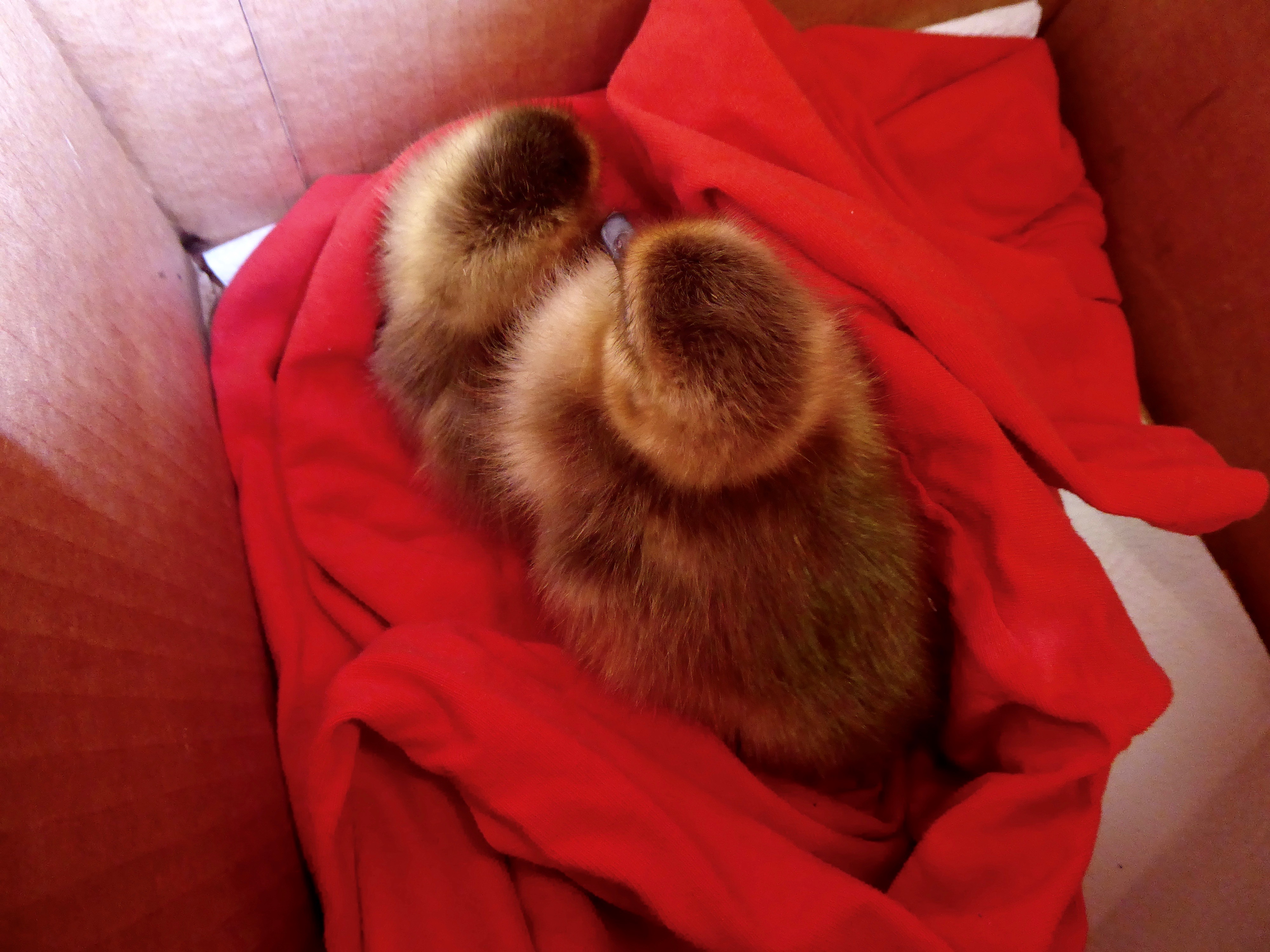 14 thoughts on “Ducks and a gosling rescue”