I am running low on photos, and in a week this feature might disappear. Help me out, folks, and send me your good wildlife/travel/street photos.  Thanks.

Today’s photos come from regular Mark Sturtevant, whose IDs and captions are indented. You can enlarge his photos by clicking on them.

Most of these pictures are part of an informal collection that I call “the weird ones”.

The warty “bug” shown in the first picture is a predatory Hemipteran called the big-eyed toad bug (Gelastocoris rotundatus). Well named, and they actually hop! These can be found on river banks, but I never see them until they move. 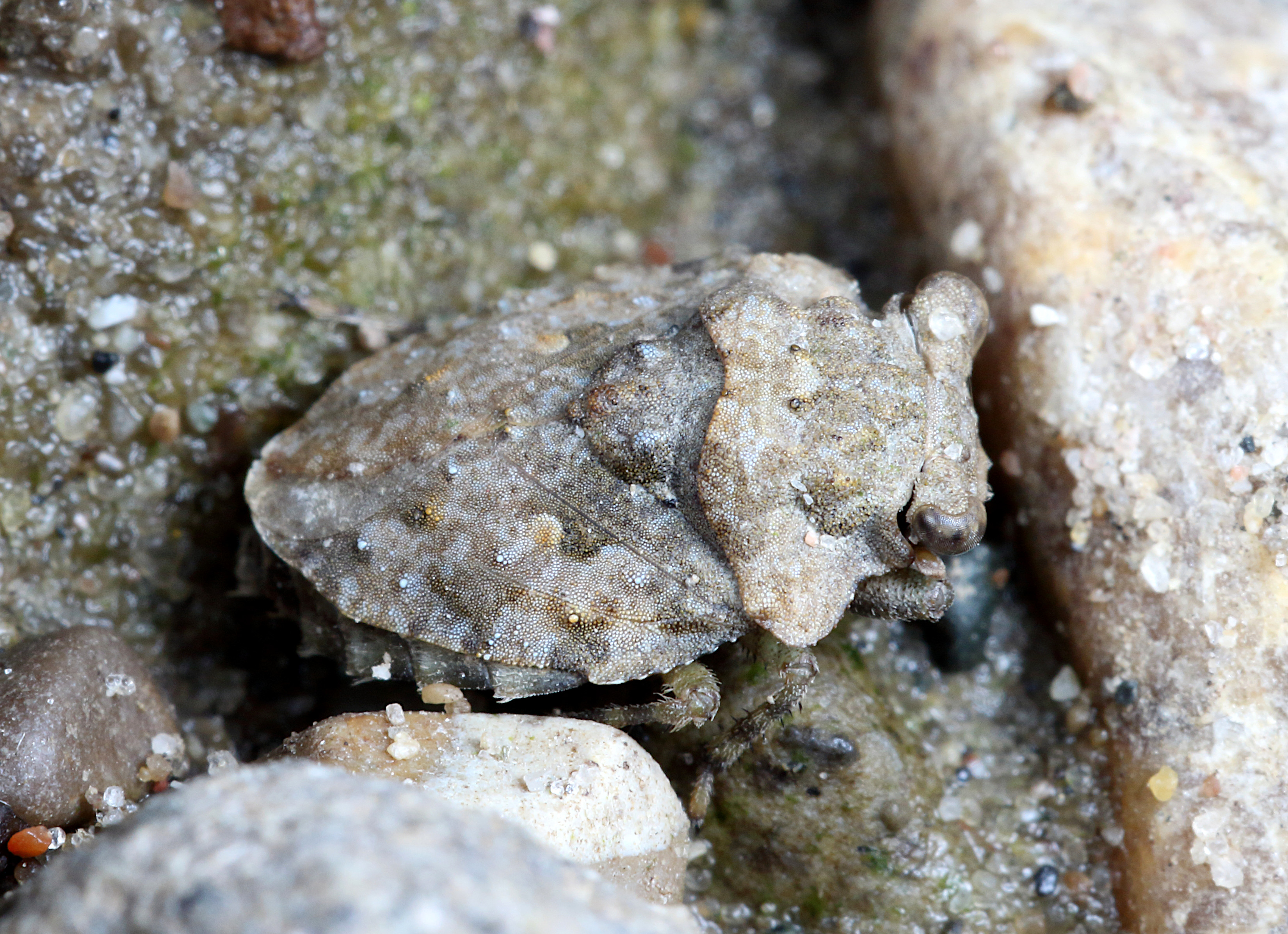 Shown in the next two pictures is a find that’s always exciting. This is our large mantidfly (Climaciella brunnea), and I have described it here a couple times. Everything about them is interesting. Their resemblance to a praying mantis is a fine example of convergent evolution. Like those insects, mantidflies are predators, although they are more closely related to lacewings and antlions. The form and coloration of this species is an example of Batesian mimicry, in that it gains protection by mimicking a local species of paper wasp. Finally, they are improbable insects because wasp-mimicking mantidfly larvae grow up by first finding a wandering spider, like a wolf spider, attaching to it, and then waiting to sneak into her egg sac. They eat the eggs while the mama spider is guarding them. 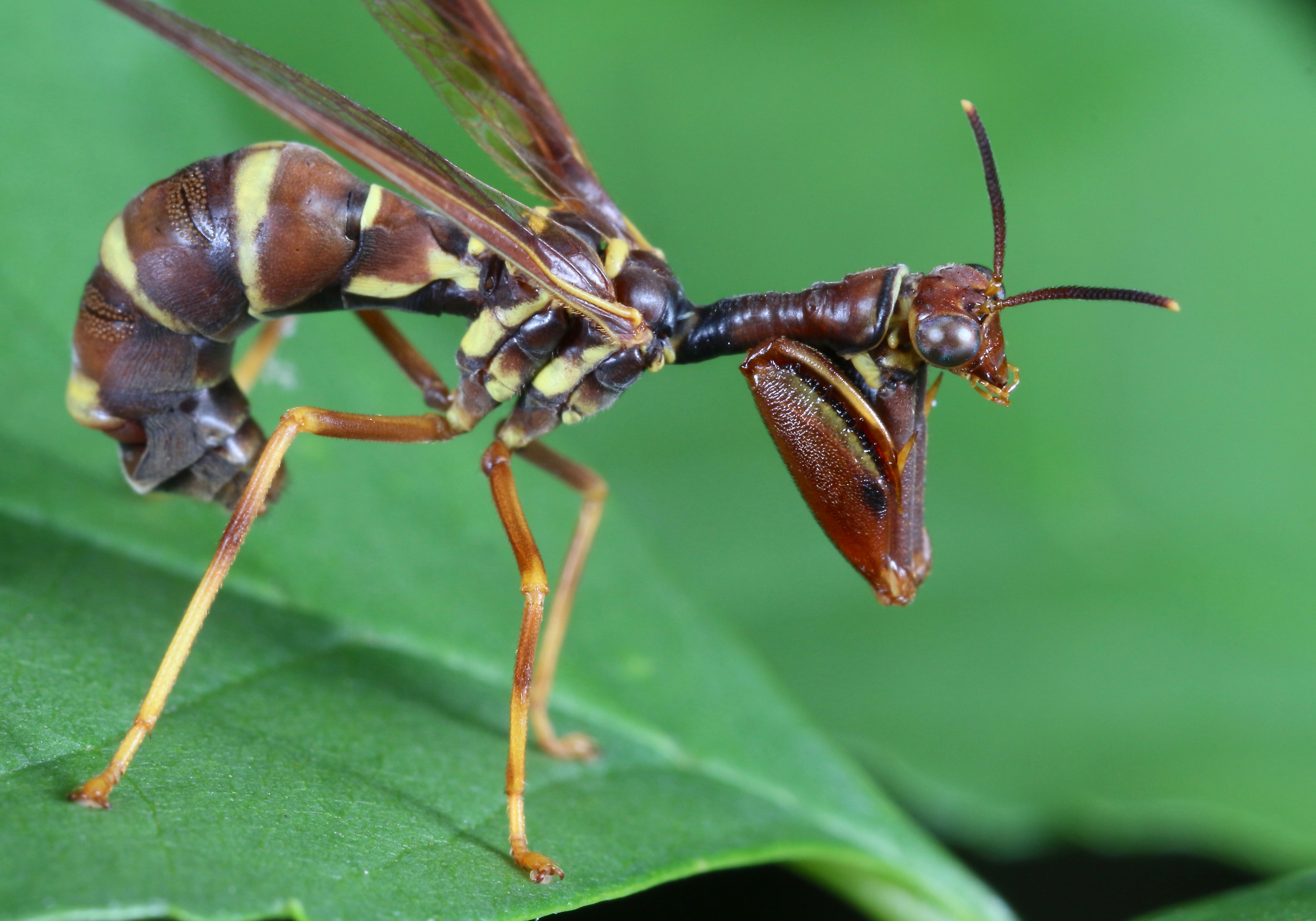 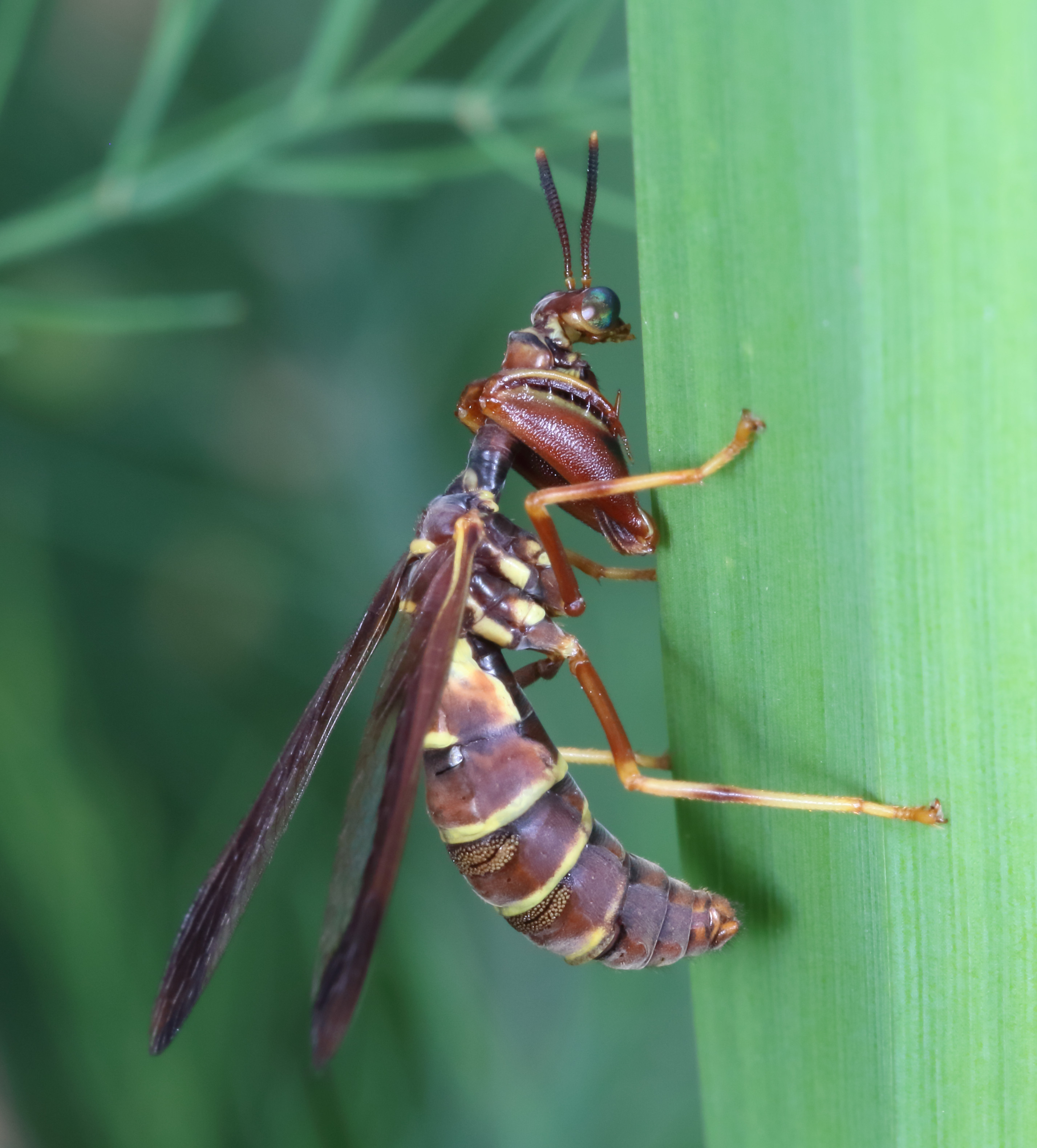 Here is an interesting video that shows an extended encounter between a wasp-mimicking mantidly and a wasp. They definitely do not get along!

One of the strangest-looking insects I know is the large Pelecinid wasp (Pelecinus polyturator), shown in the next picture. They are 3 inches long (!), but are so ghostly and delicate that they are hard to see in flight. In the U.S., almost all of them are female, and they reproduce by parthenogenesis. Pelicinids use their extraordinary abdomen to lay eggs in the ground, and their larvae feed on burrowing June beetle larvae. 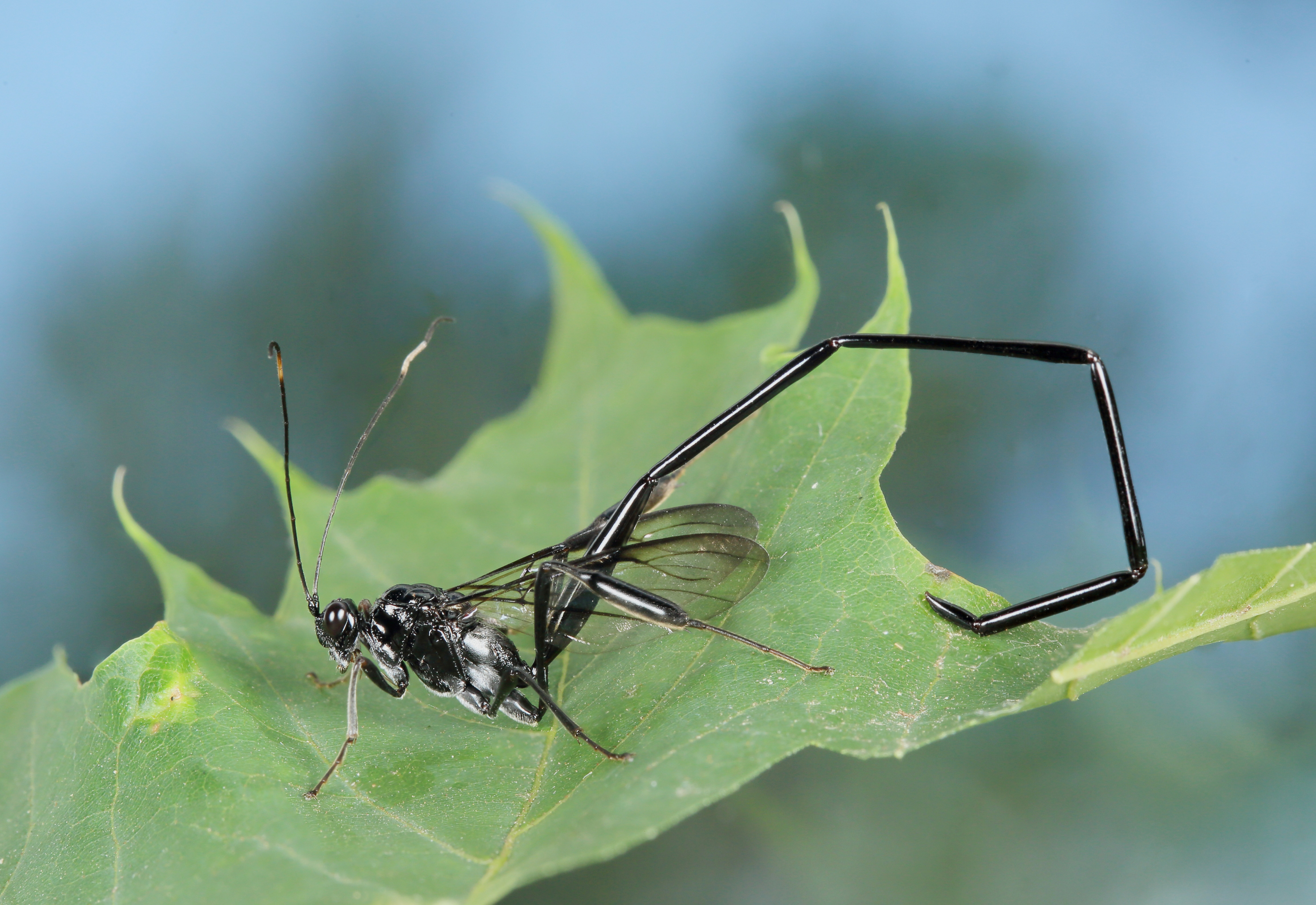 Next is a colony of sawfly larvae (sawflies are wasps), although they hardly look like insects. They are in the genus Caliroa. I generally find them on white oak leaves. 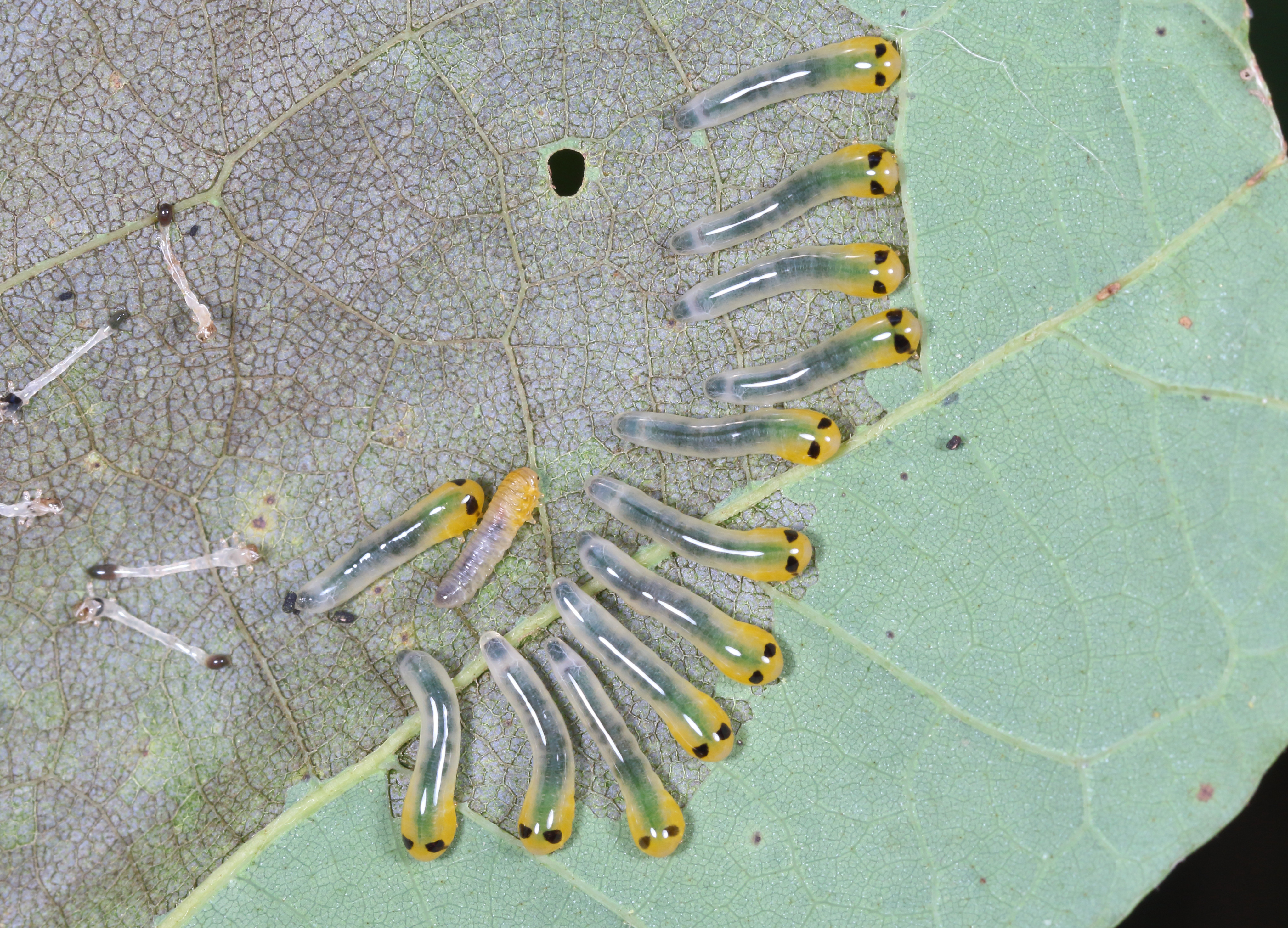 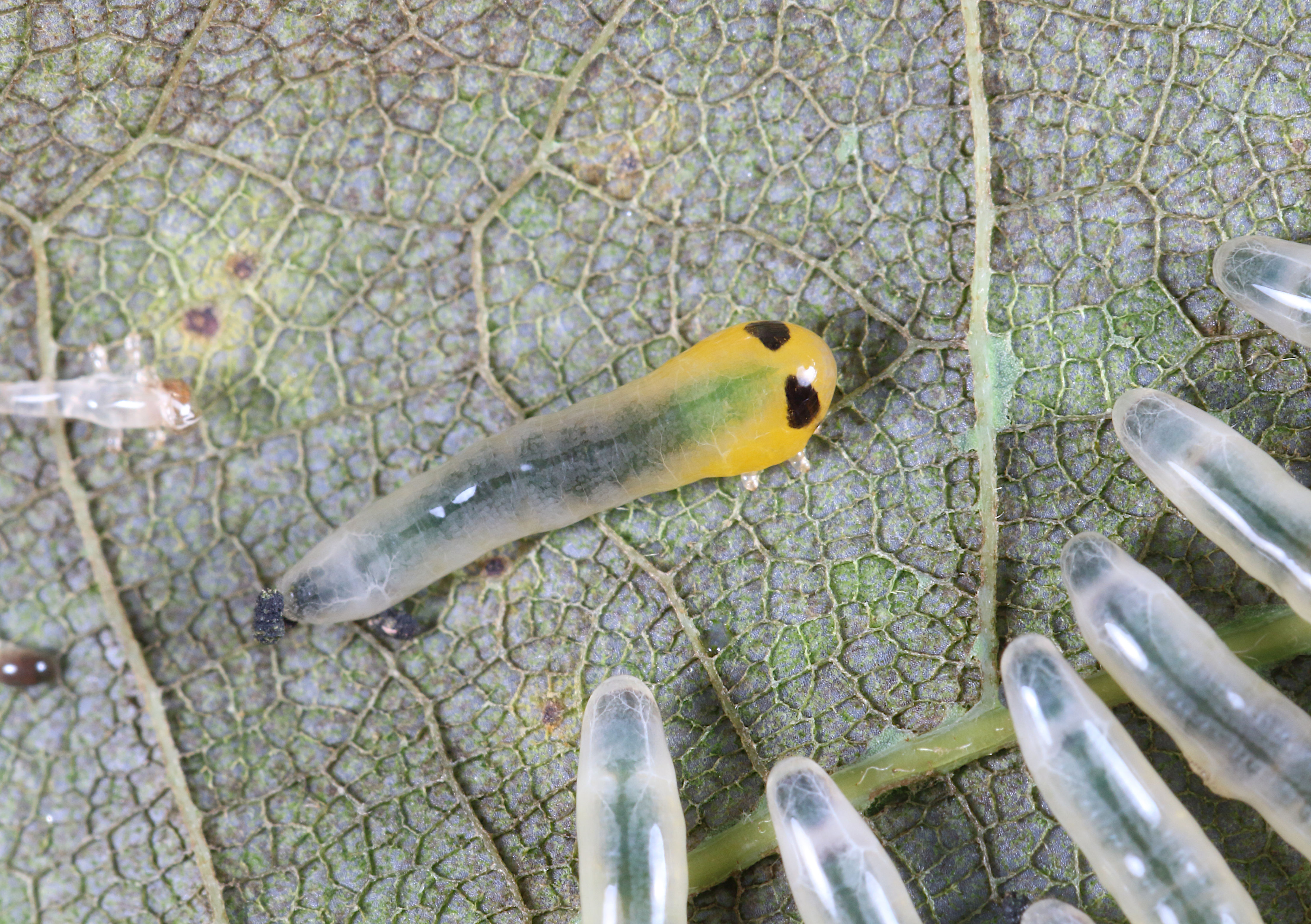 I didn’t intend that this post would be mainly about wasps. The extremely leggy insect shown in the next picture is a thread legged assassin bug, Emesaya brevipennis. I was with a fellow macrophotographer when this was found (he is excellent in the hobby, but unfortunately too shy to share online). We were both pretty gob-smacked about this strange creature. 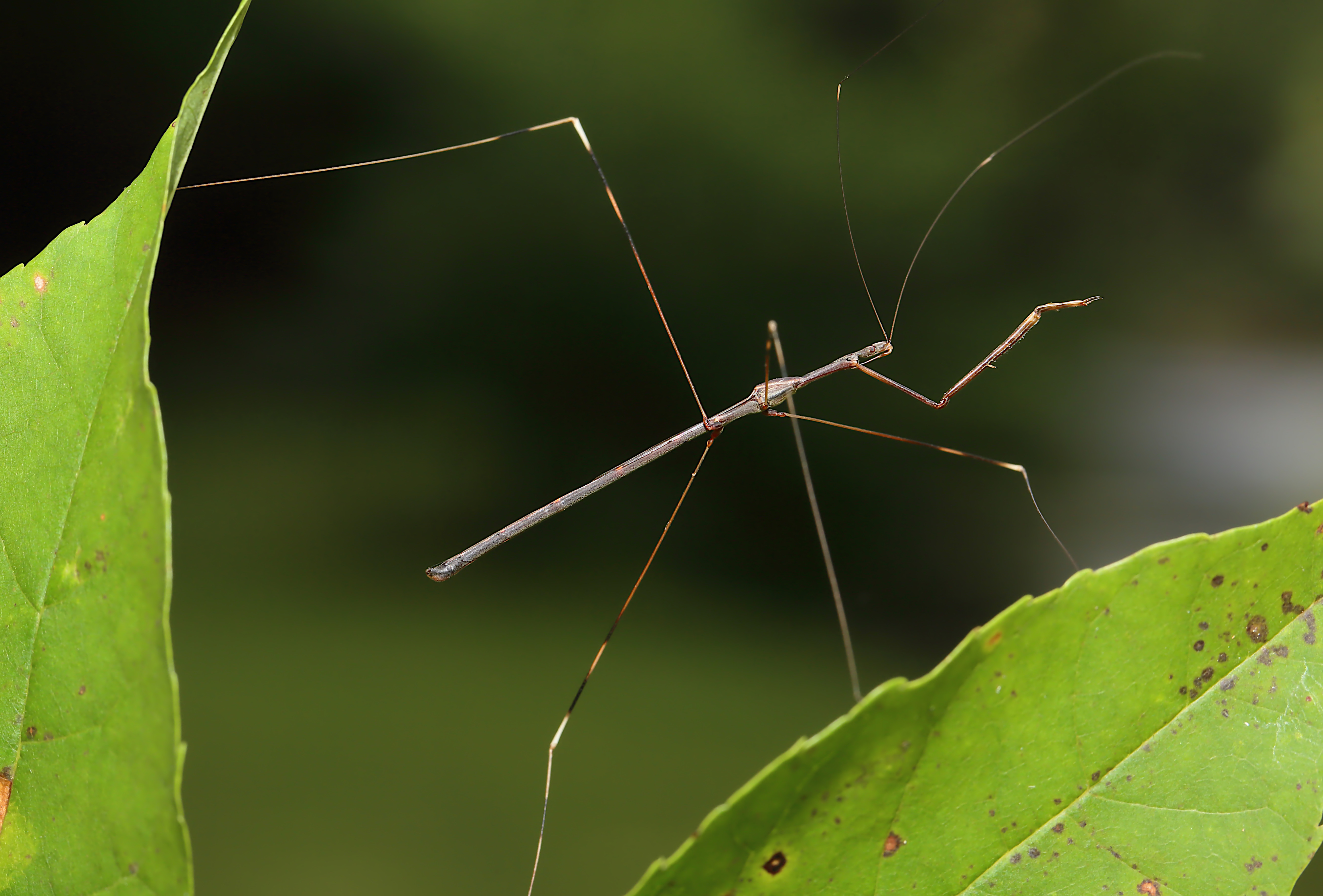 That’s it for the “weird ones”. Let’s randomly close with a mating pair of blue-fronted dancer damselflies (Argia apicalis) that had the bad luck of being ensnared in an orb web. Fortunately, the resident spider was not at home (this species of orb weaver is one that frequently abandons their web to build a new one). But the damselflies were still hopelessly trapped. Of course I carefully disentangled them, and they went their separate ways. Sometimes I like to name special pictures. This one is “Next time, let me drive!” 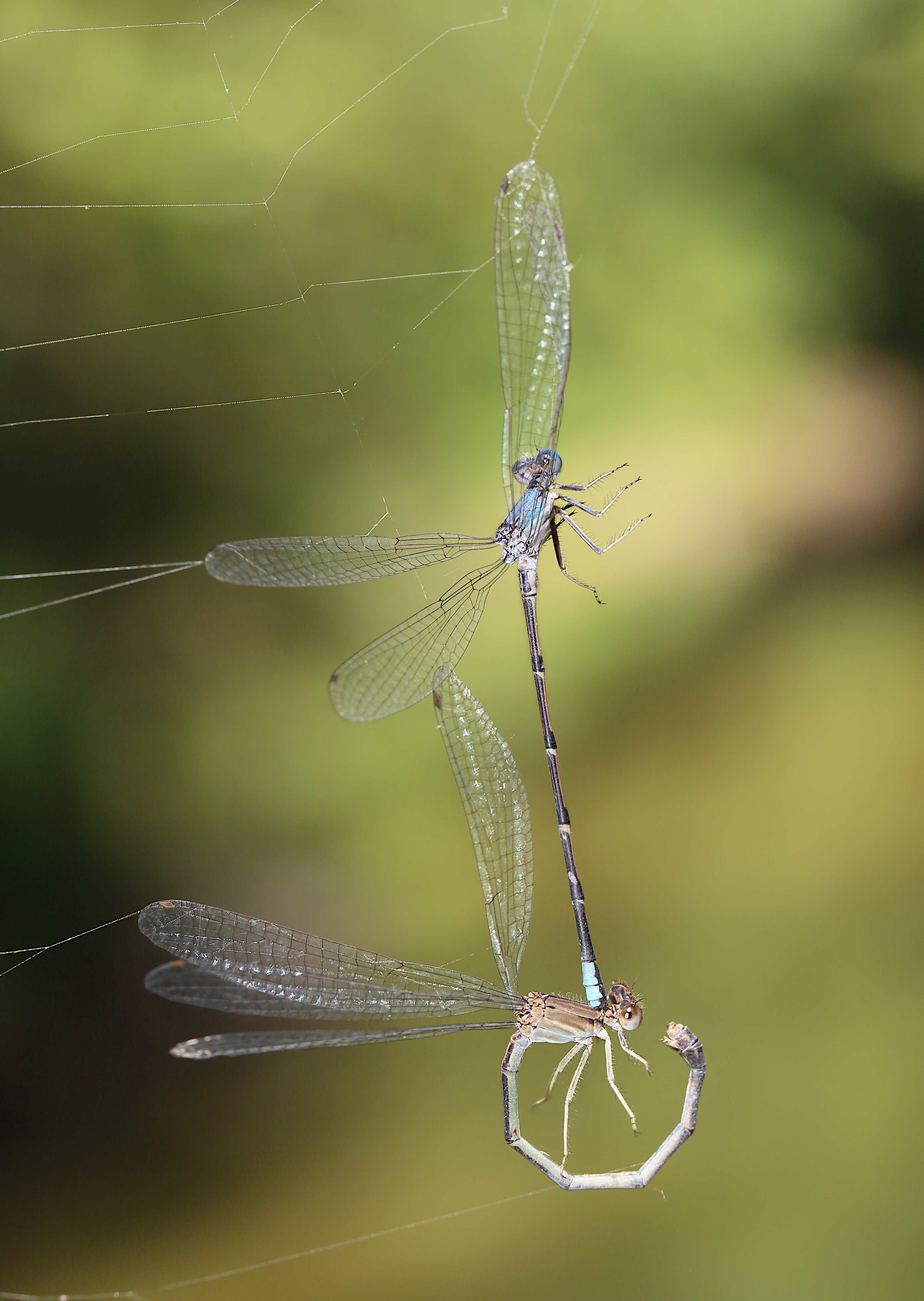