Today’s contribution is from faithful regular Mark Sturtevant. His notes are indented, and you can enlarge his photos by clicking on them.

This theme of this post will be about moths. Most of the pictures were taken at a single location, on a single day, after someone left the lights on all night at a park building. It became well covered with moths that stayed on into the morning when I came upon it. It’s fun to just enlarge the pictures and gaze at their scaley, fuzzy details.

First up is a Geometrid moth. This is the adult of the curved lined looper (Lambdina fervidaria). They are quite variable in color, ranging from pale white to a lovely yellow. 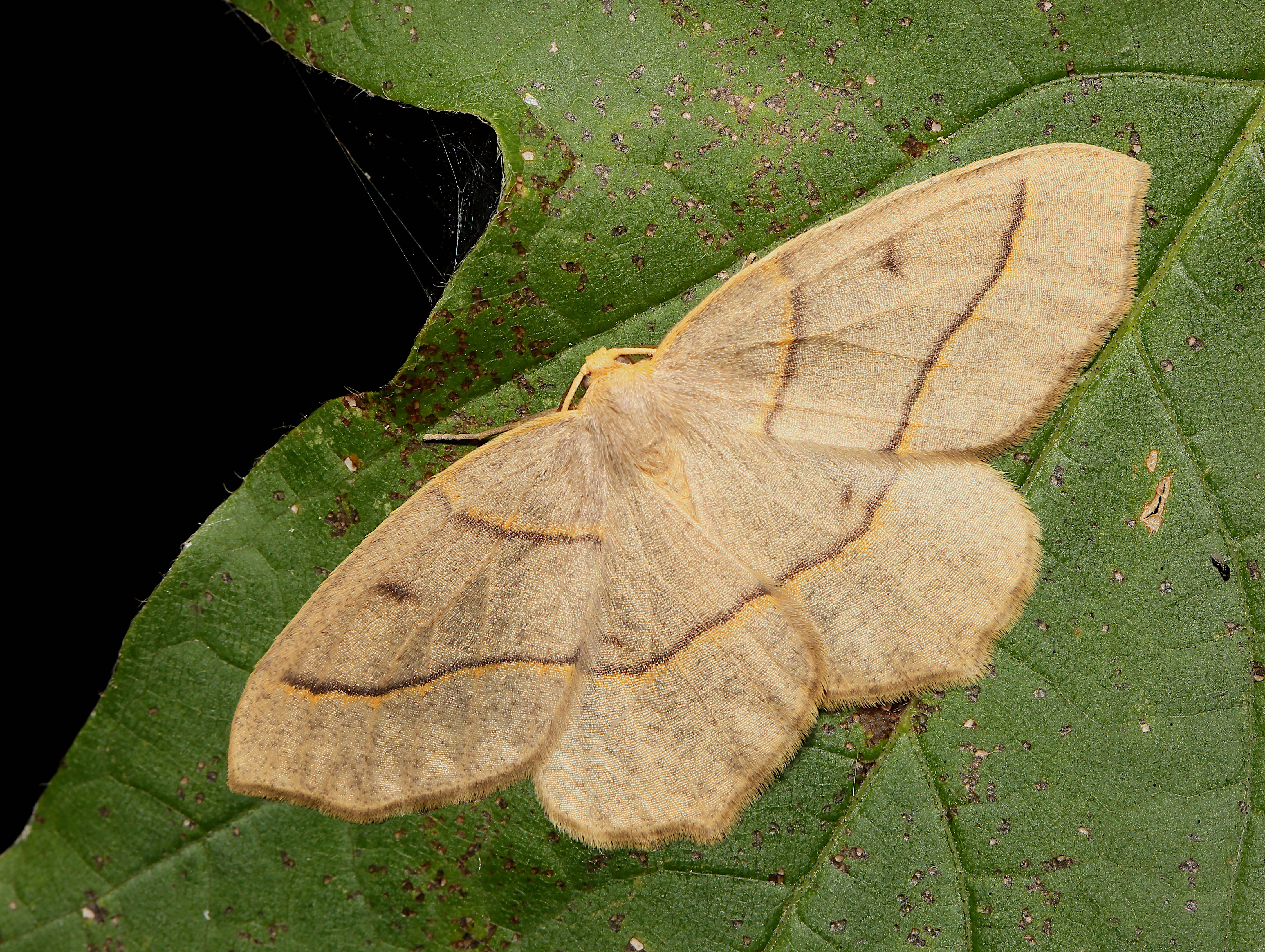 Another example of the same family is shown next. Plain and yet very striking. This is the tulip tree beauty (Epimecis hortaria), and they are super-variable in their patterns, as shown in the link. It seems like no two are alike. 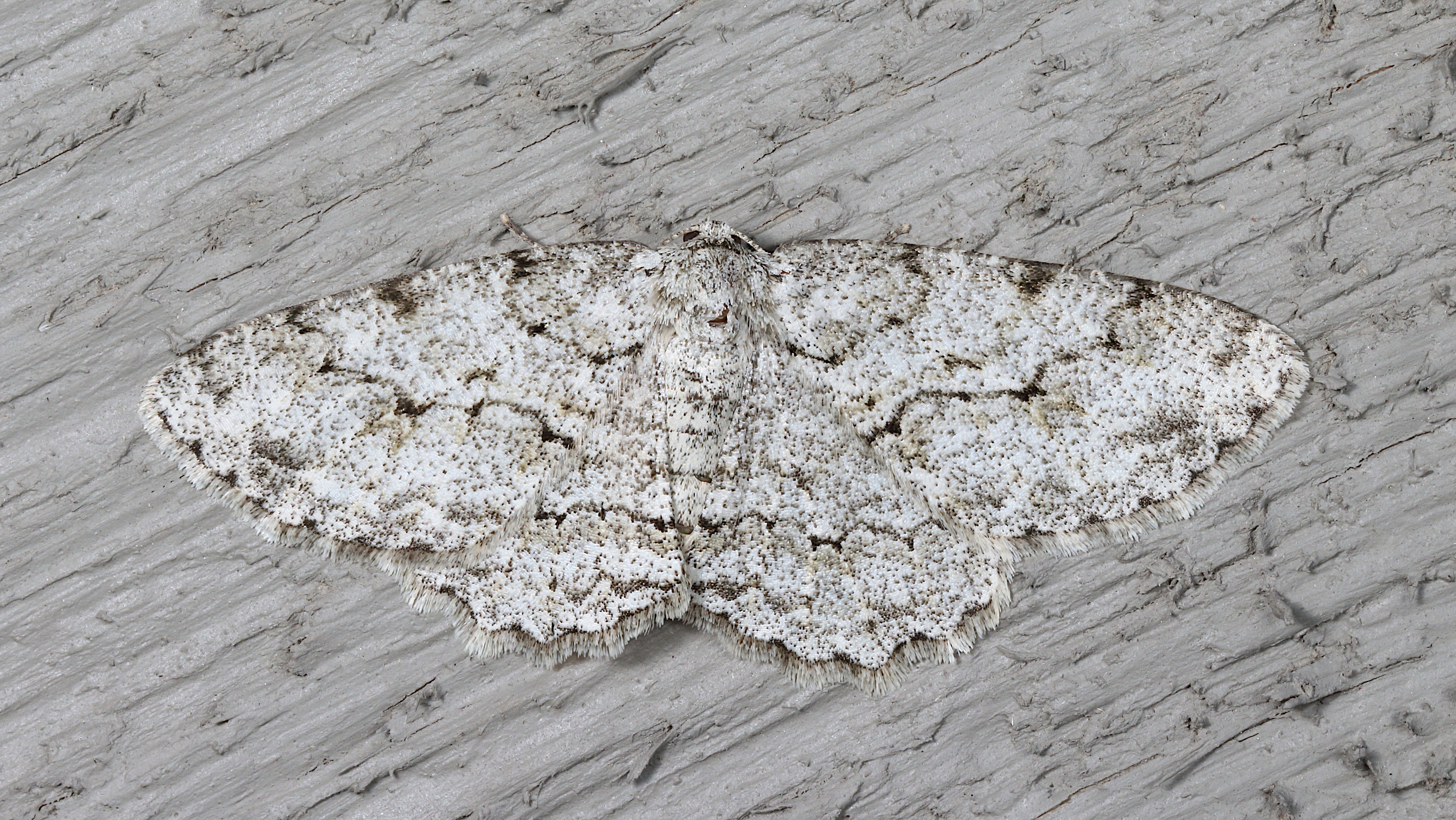 Sometimes I need to spend a lot of time trying trying to ID an insect, and moths can be especially challenging. The next picture shows what might be the Ipsilon dart, Agrotis ipsilon, but I cannot be sure of that. 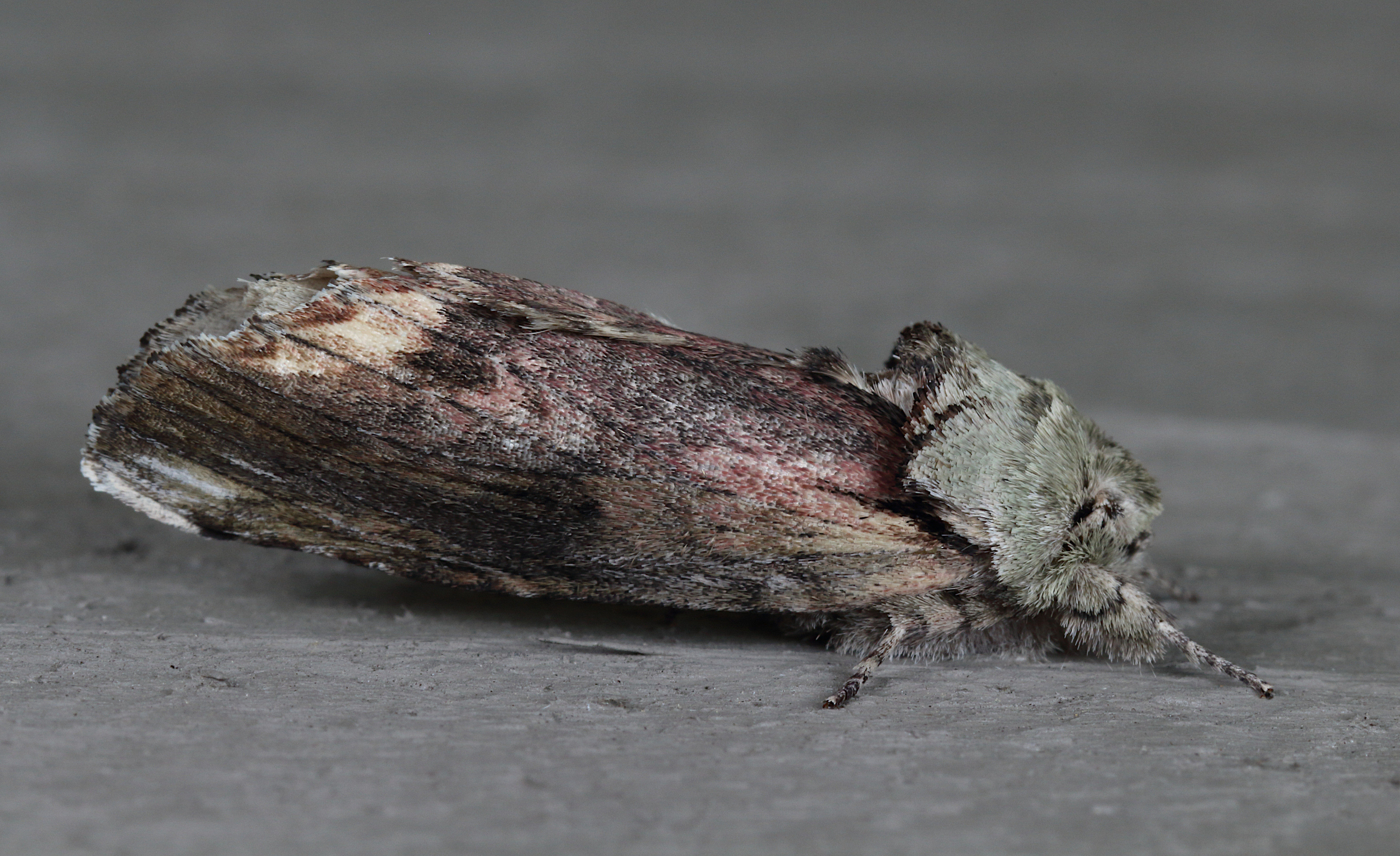 There is no mistaking the next moth. This tiny beauty has a name at least 5 times longer than its body (Epicallima argenticinctella). It is in the ‘concealer moth’ family, which is a group whose larvae live in a bundle of plant debris, tied up in silk. 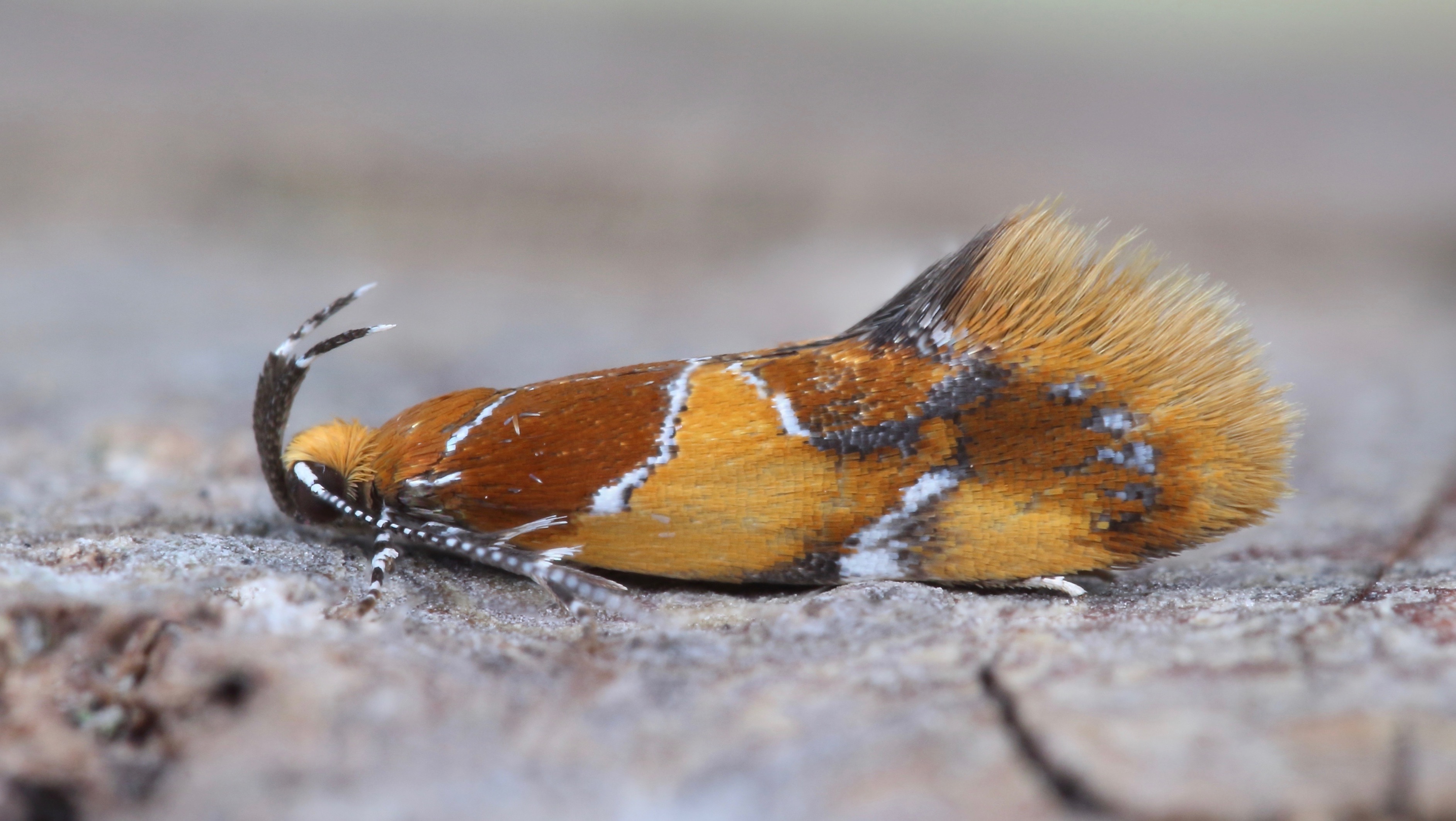 Dagger moths are a large group of species, so named because of the distinctive tufts on their fuzzy larvae.  The next two pictures show the American dagger moth (Acronicta americana). 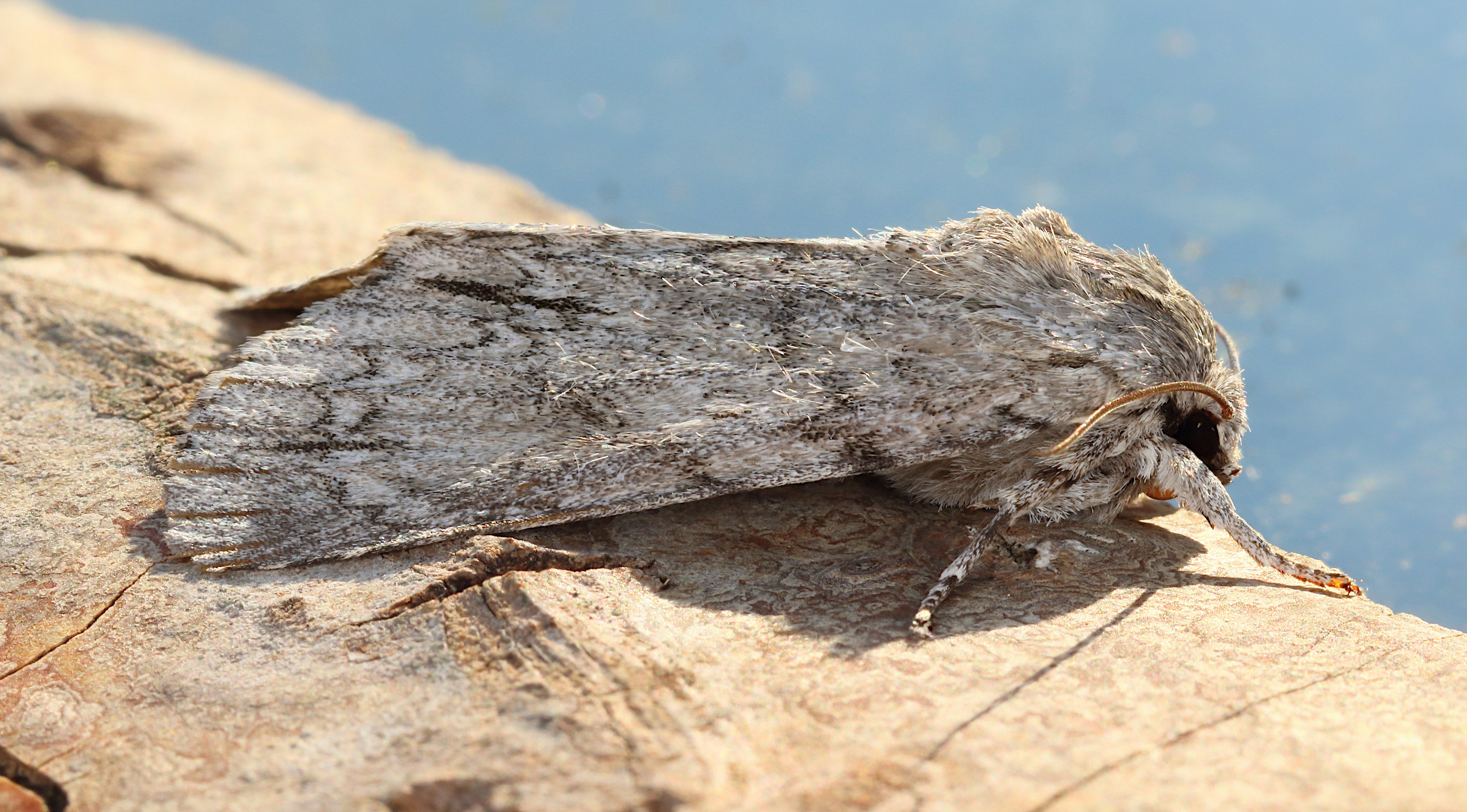 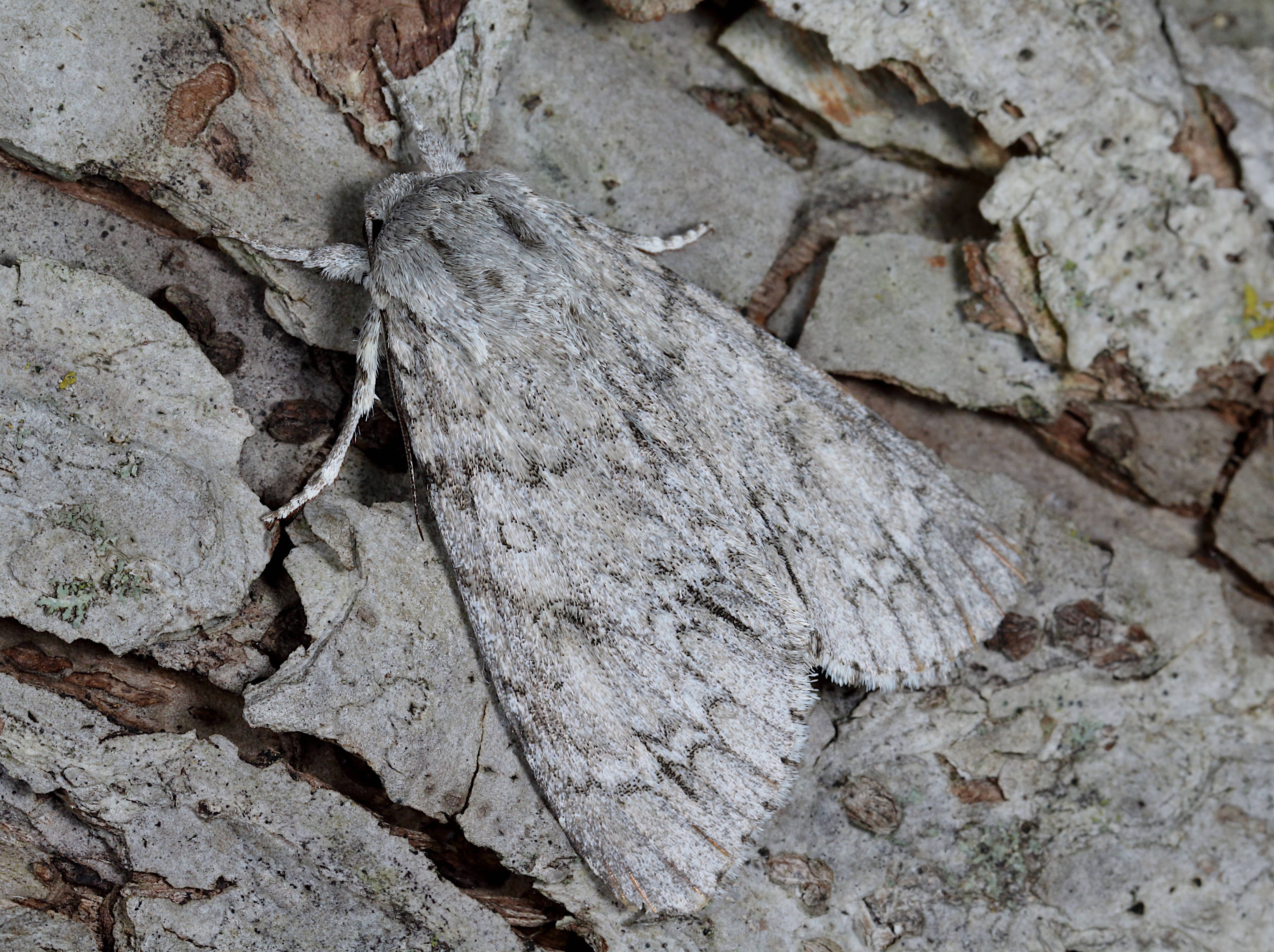 I was very happy to find several of the next moth around the light, as I had never seen them before although they are described as being common. This is the painted lichen moth (Hypoprepia fucosa). Their larvae feed on lichens, although I have never seen them on it. 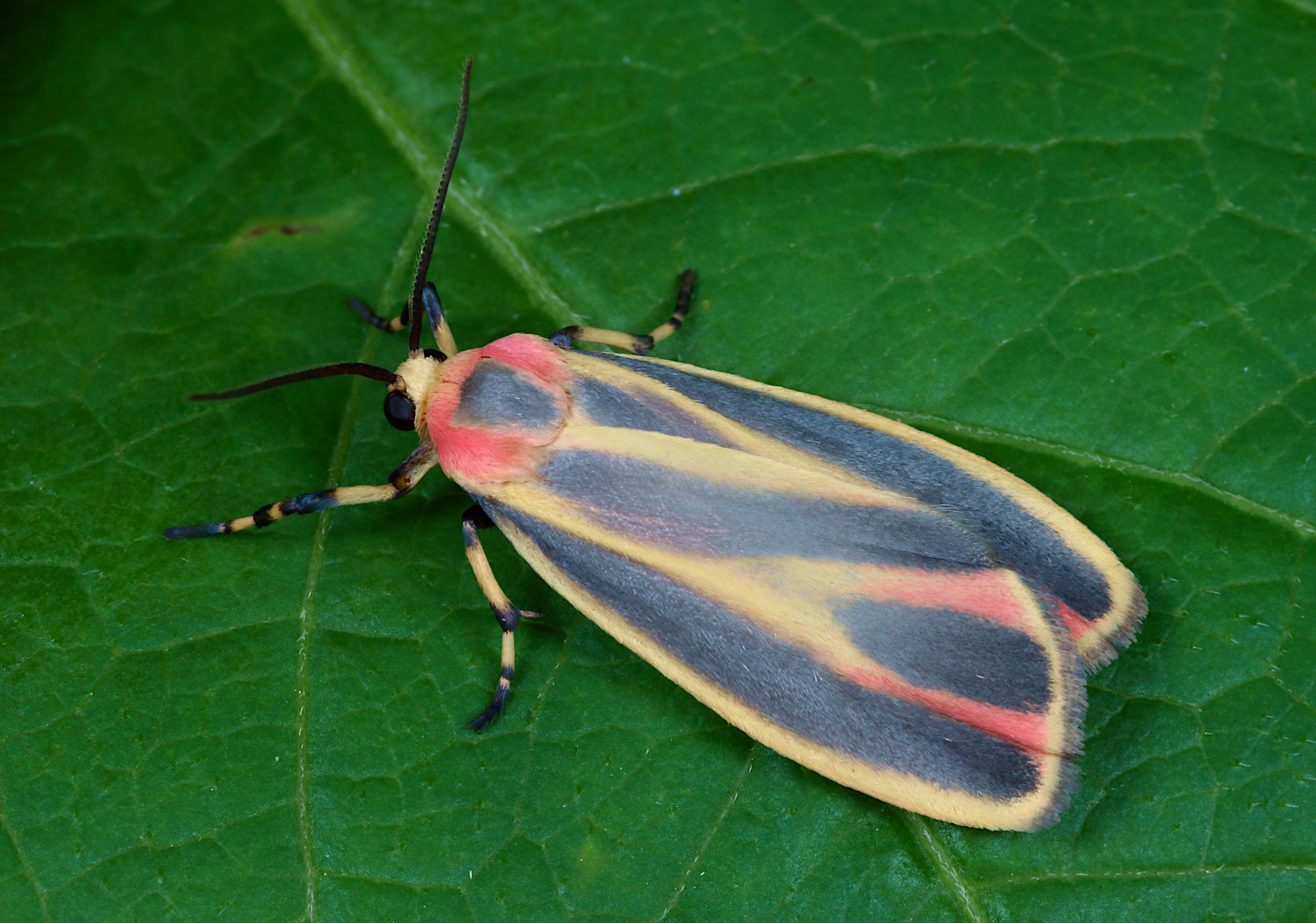 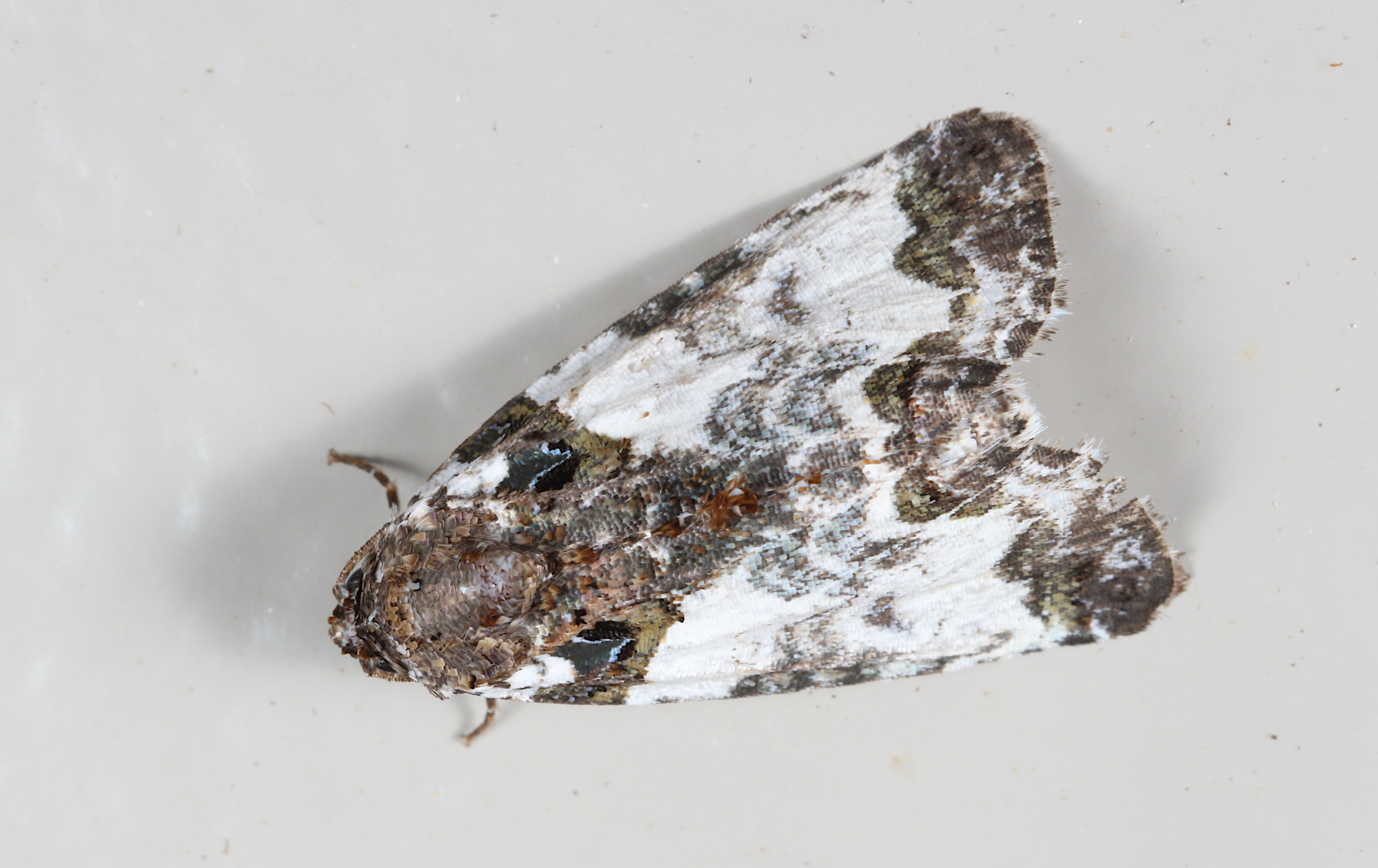 Finally, this remarkable looking moth is the pink-shaded fern moth (Callopistria mollissima). Their larvae will feed on ferns. 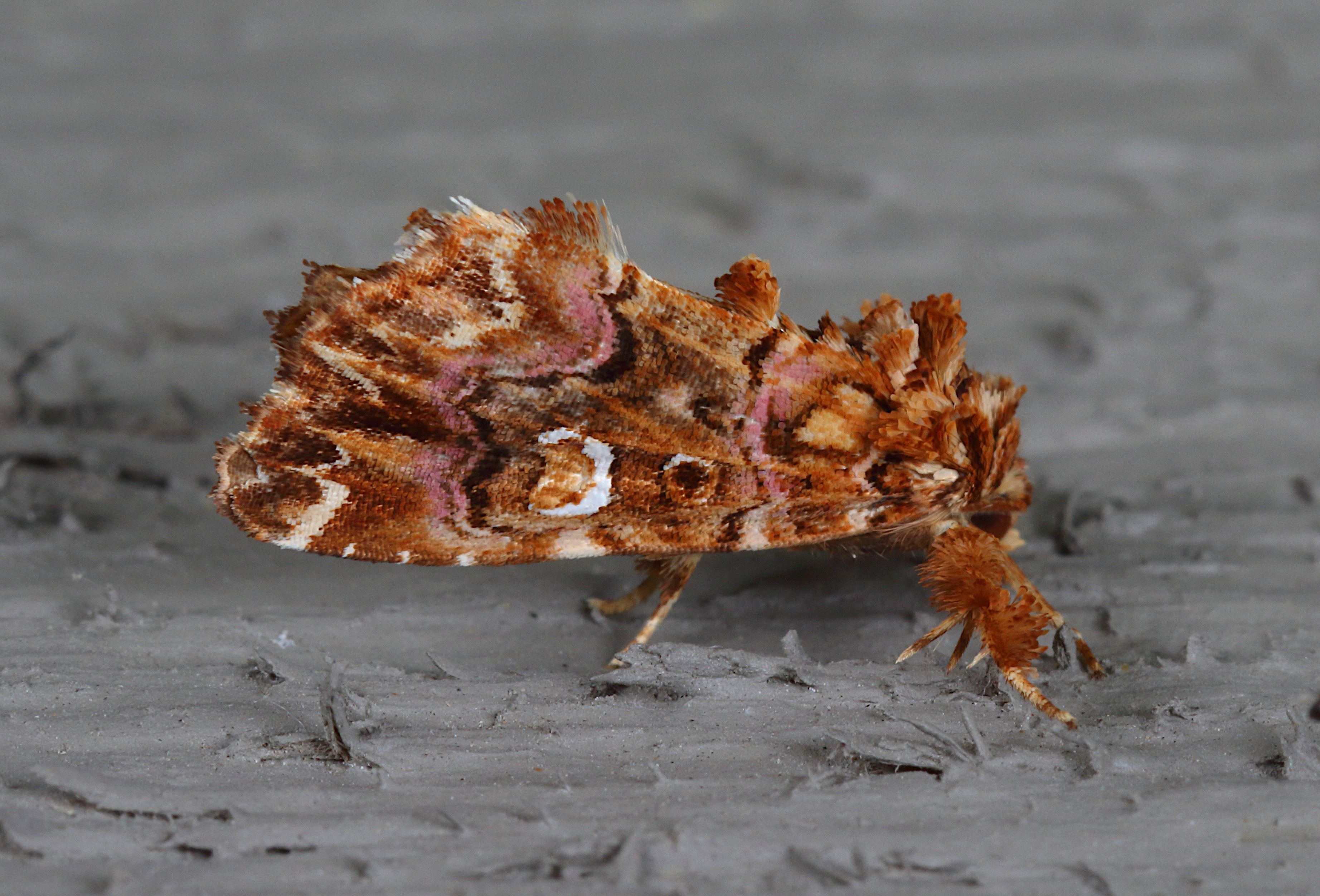